How to power your boat for trolling 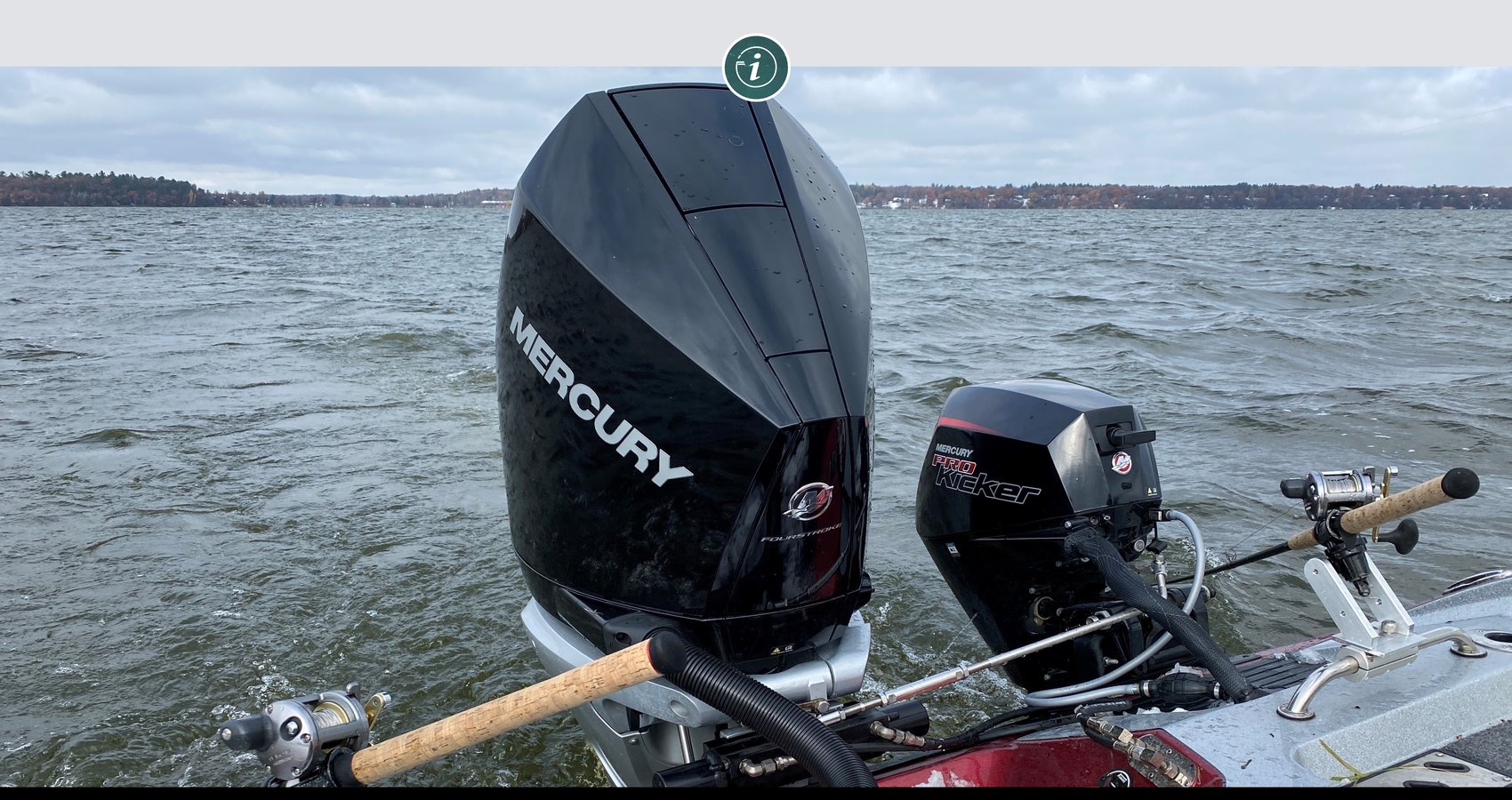 Whether you fish for fun or for competition, trolling is one of the most effective techniques to optimize your time on the water. The key to doing it successfully is precision boat control, which can be accomplished with a variety of propulsion systems based on your desired speed, your bait or lure, the area you’re targeting and the way your boat is rigged. Having the right engine often times can help you improve your odds of success.

Most fishing boats have a smaller kicker engine on their boat along their main ‘big’ engine. Though the kicker gets used most often for trolling, it is possible to troll with the main engine when extreme weather conditions kick up.

If you’re trolling from a console (as opposed to using a tiller-steer engine), you can use your wheel to get in and out of cover very quickly. It can also be safer than a kicker. Having a heavy wind blowing on a structural element or into a rocky shoreline can sometimes be key to a great catch. With the big motor, you can turn away really quickly.

The biggest drawback to trolling with a high-horsepower engine is the inability to troll at extremely low speeds. With his 300hp Verado outboard for example, you can troll as slow as about 2.5 mph in calm conditions and a little slower if your moving into wind or current.

Despite that issue, you shouldn’t hesitate to troll with the main engine. If you’re outfitting a boat and plan to not have a kicker, you should consider a primary engine model with inherent or add-on features that can improve trolling performance.

For instance, a Verado engine includes industry-leading technologies that isolate engine noise and vibration, which helps minimize the likelihood of spooking fish. And its Digital Throttle & Shift controls allow smooth, effortless shifting when making repeated throttle adjustments. Similarly, the Mercury SmartCraft® suite of digital technologies is compatible with most Mercury outboards down to 40hp and includes helpful tools such as Troll Control, which can lock in engine rpm and allow for minute 10 rpm adjustments.

A common set-up is a kicker like our Mercury 15hp EFI ProKicker outboard, connected to the  main engine by a tie bar so it can be steered both engines from the console with his wheel. A second remote throttle just for the kicker controls the speed. This setup is his go-to choice for all but extreme conditions because of the kicker’s versatility.

Even though the kicker is offset (from the center of the transom), by having a separate throttle you can still maximize control because you can power in and out of turns.

It’s worth noting that many anglers prefer a tiller-steer kicker, since the tiller handle allows for instant directional changes. A tiller is also highly effective for slow-trolling along precise contours.

Some electric trolling motors include integrated GPS functionality so it can “digitally anchor” the boat, maintain a heading or lock in the speed.

This bow-mounted motor can be used in combination with a kicker. The kicker provides consistent thrust, while the bow-mount motor is used to steer and counter crosswinds or current.

Though transom-mount electric motors are becoming less common due to advancements in bow-mount technology, they still work great for slow-trolling with tiller-steer boats without kickers. One can also be purchased at a substantial cost savings over wireless bow-mounts.