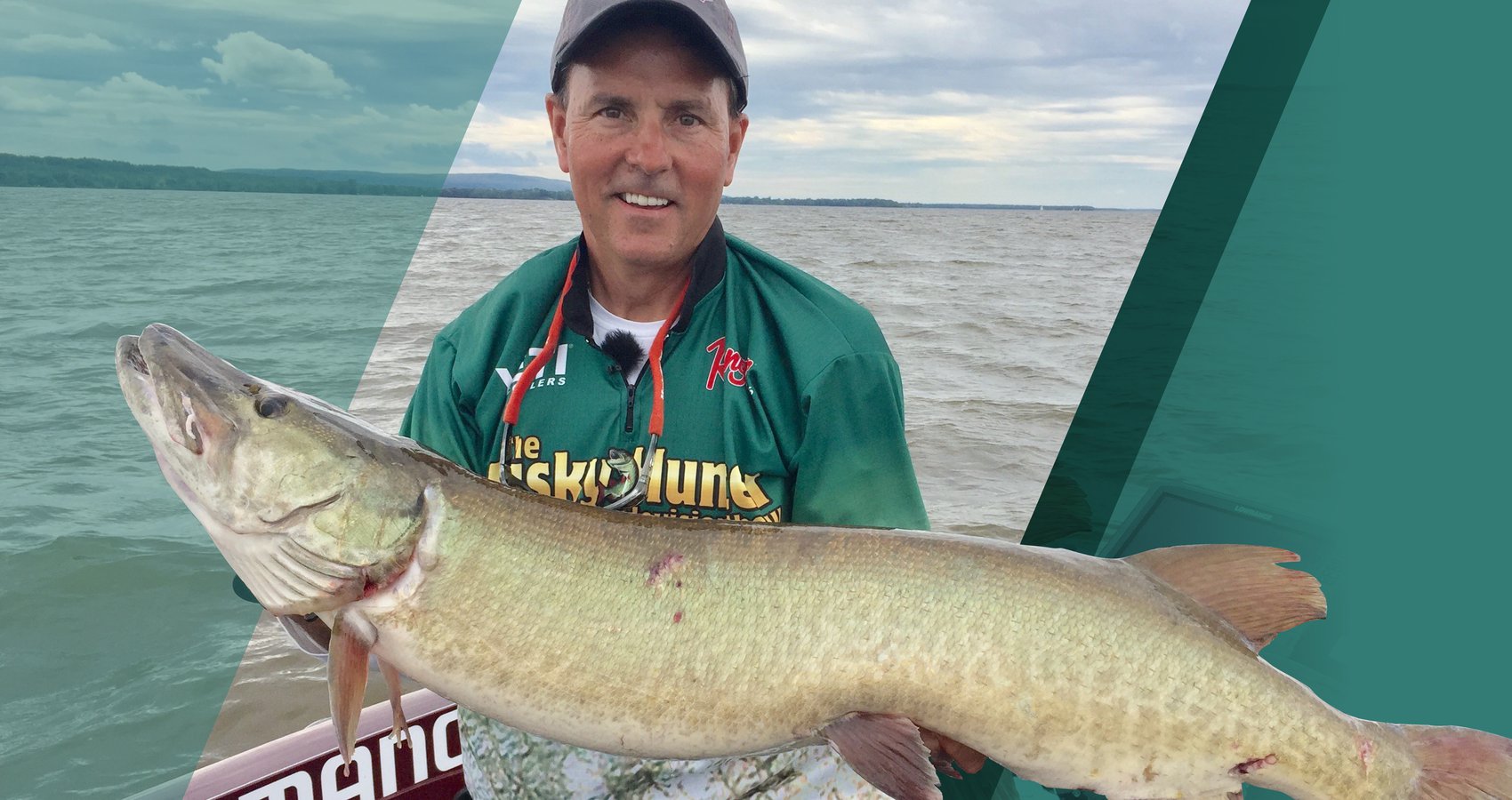 Getting a musky to bite in the first place is difficult enough. That’s why you should never fish for these apex predators without the right tackle to land one when it finally does decide to chomp down on your lure. 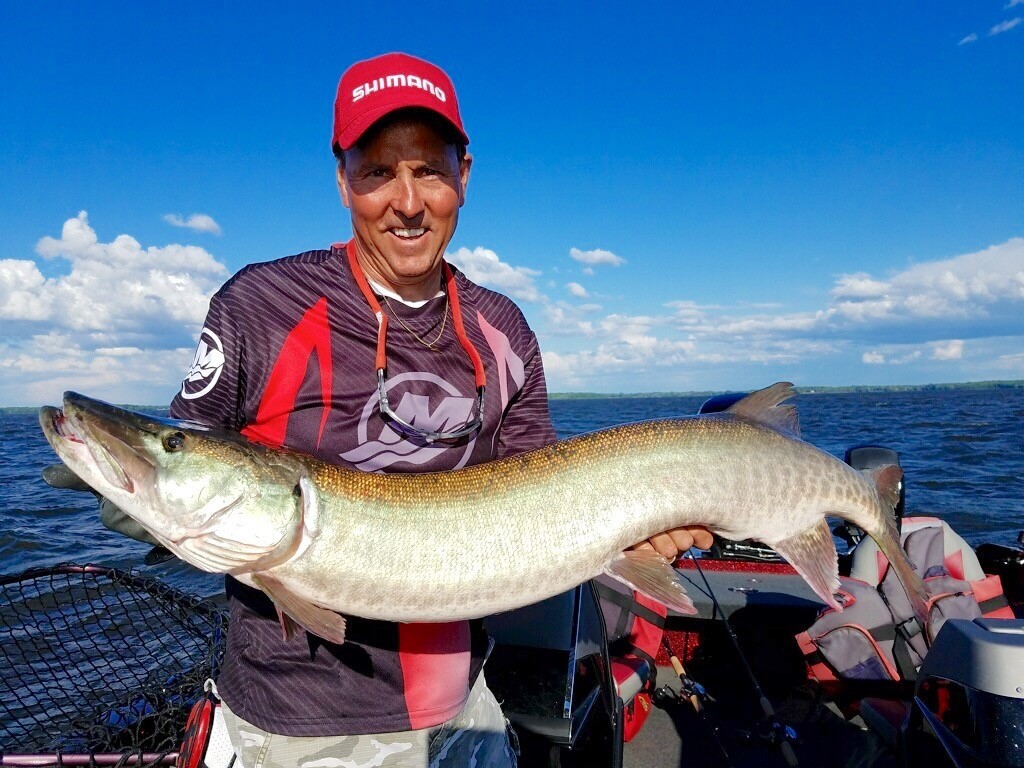 So, what’s it take to get one in the boat? In addition to a heavy-action rod and high-test line, every musky setup should also include a high-quality bite leader to connect the line with the lure. Bite leaders are typically made of 12 to 14 inches of durable wire or heavy fluorocarbon that can withstand the sharp teeth and head-thrashing of a hooked musky.

According to Mercury Pro Team member Jim Saric, host of “The Musky Hunter” TV show, there’s not one leader that works for every situation. He suggests carrying a few leaders in a combination lengths, strengths and materials to cover a wide range of applications.

About 75% of Saric’s leaders are made with fluorocarbon line. The rest are made with single-strand flexible wire or seven-strand braided wire. Most range in strength from about 100- to 170-pound test.

The high strength of the leader has little to do with the actual weight of the fish being targeted. The material must be thick enough to avoid bite-offs and pack enough “shock strength” to withstand the sudden impact of a backlash or hookset.

“If you have lighter leaders and make a big hard cast and get a backlash with a lure that weighs 8 or 10 ounces,” said Saric, “your leader is going to snap.”

A proper musky leader should also include quality hardware.

“Usually on one end you’ve got a really good, high-quality ball-bearing swivel (to connect it to the line),” said Saric. “On the other end you’ve got a snap to connect the lure. As a general rule, swivels are typically 150-pound test, and the snap size is No. 5.”

This isn’t an area to skimp. Musky lures are expensive, and a cheap leader could really cost you. Saric suggests spending a few bucks extra for premium hardware. 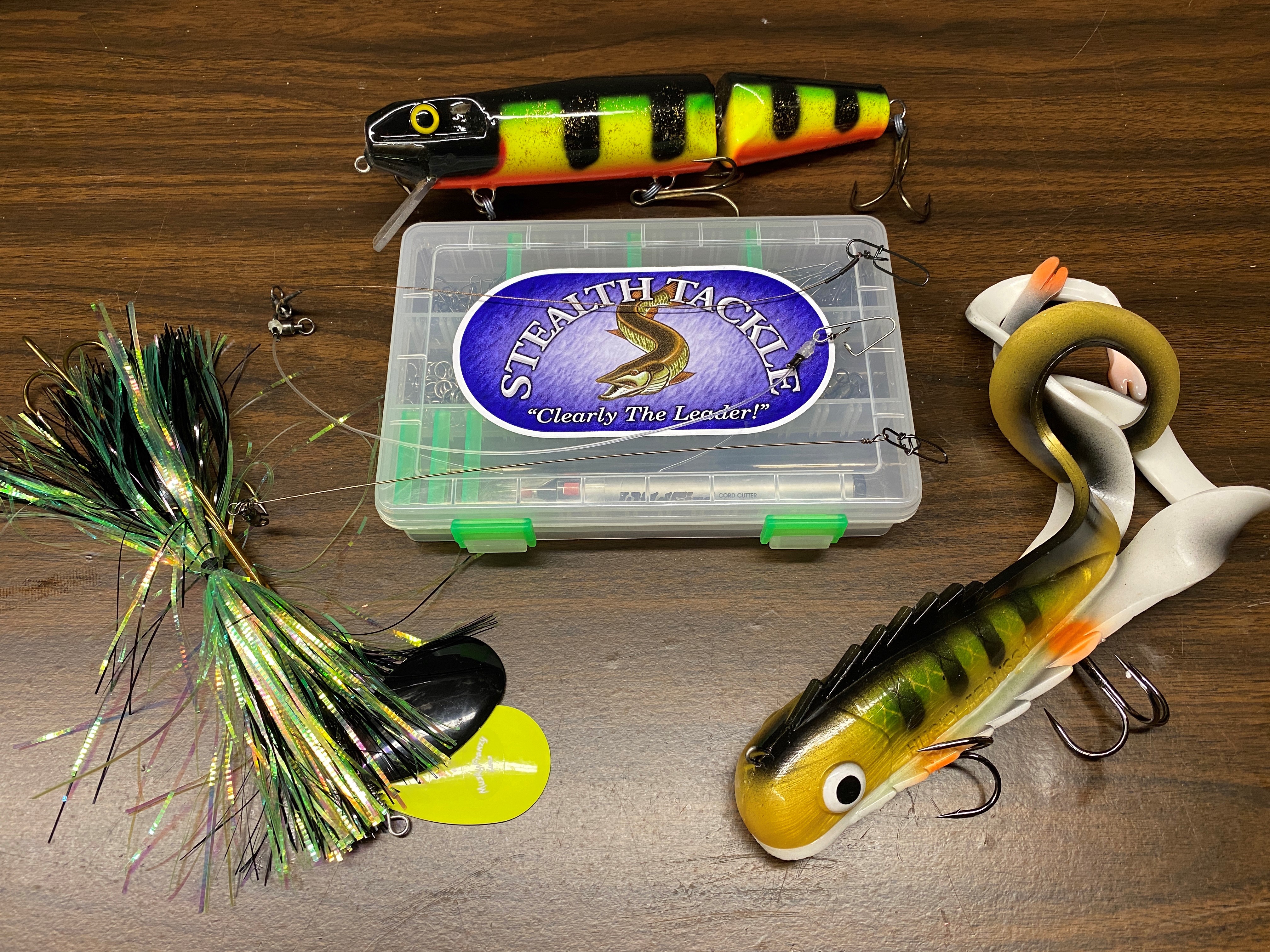 For casting applications during the heart of the musky season, which extends from early summer through fall, Saric relies on three standard leaders. They’re all designed to fish a vast array of 7- to 15-inch musky lures.

All three leader variations can be found premade by musky tackle manufacturers. You can also purchase the materials to build them yourself.

Saric’s most-used leader for casting is 14 inches long and made with 130-pound-test fluorocarbon.

“I use that for most musky applications, including bucktails, shallow-running crankbaits, prop-style topwater, swimbaits and even deep-running crankbaits,” he said. “Because it’s flexible, the leader really allows a lure to have its natural motion. It’s also low-vis. For most lure categories, the fluoro will get it done for you.”

“A lure I fish a lot is called a glider jerkbait that glides side-to-side every time you jerk it,” he said. “That stiffer single-strand wire leader actually enhances the side-to-side movement.

“Also, if you fish a normal fluoro leader, when the lure goes out to the side, the leader is soft and flexes. The lure can ‘overrun’ the leader, and the musky can grab beyond the bait, get your leader and cut you off. With single-strand wire, the lure doesn’t overrun the leader. Then the lure acts as a bite guard, which gives you some protection.”

Saric also uses single-strand wire to fish shallow “dive-and-rise” minnow baits. These floating lures have a plastic dive lip on the front, which can become rough and ragged after repeated contact with rocks. The ragged edge could damage fluorocarbon leaders, but it won’t abrade the wire.

The third option is a 12-inch leader of 130-pound-test seven-strand braided wire for fishing around abrasive cover.

“It’s a situational leader,” Saric said. “I’ll use it if I’m fishing a deep-running crankbait and I’m fishing around a lot of rocks, or maybe I’m banging into a lot of cover. I’ll also use it to fish deep weeds because if my lure gets fouled, I can lower my rod tip, snap it back and that leader will ‘explode’ that weed cover off the lure.”

In early spring (where seasons are open), downsizing to smaller lures in the 4- to 8-inch range can be very effective. When the lure is downsized, the leader must be downsized, too.

“Those smaller baits weigh a lot less,” Saric said. “That’s when I need a lighter-wire leader because the leader is going to impact the action of the bait. You can go to something like a 6-inch-long, single-strand steel leader made with 100-pound test.”

As a general rule, Saric recommends never using a leader that’s shorter than the lure it’s connecting, and nothing shorter than about 6 inches overall. To further reduce weight, he might downsize the hardware, too. 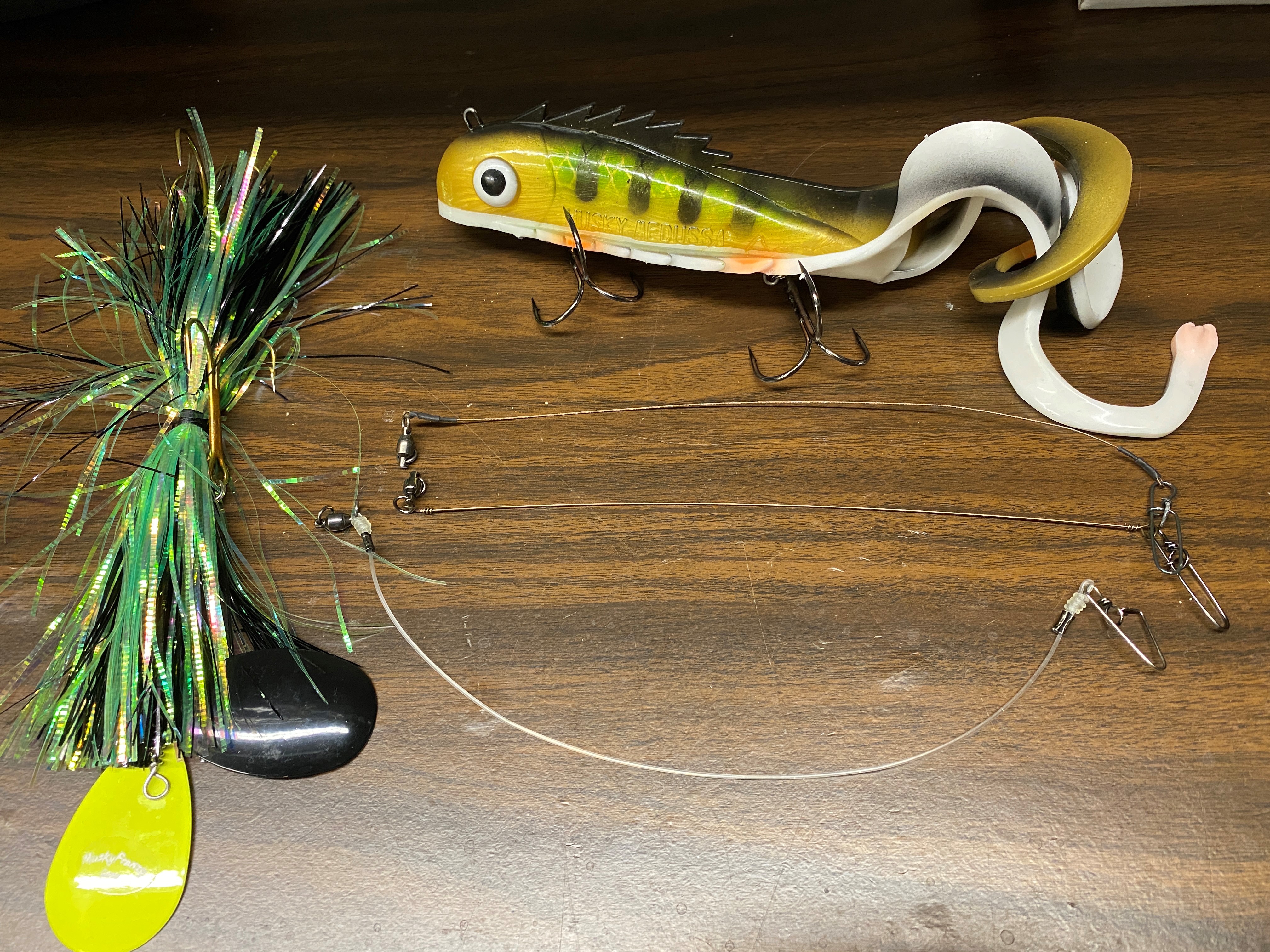 “If the lure is very depth sensitive and wants to float or sink slowly, but the leader is too heavy, it can make the bait sink fast rather than be neutrally buoyant,” Saric explained. “But if you downsize the leader, you maintain the buoyancy of the lure. Likewise, if the snap on the front of the leader is too large, on a small musky bait it creates turbulence. Then you lose that wobble and vibration.”

Saric uses fluorocarbon or seven-strand wire for his trolling leaders. They have the same hardware as his casting leaders, but they’re about 3 feet long.

“I’m only using the braided-wire leader when I’m trolling deep and around rocks in the fall,” he added. “Say I’m trolling a crankbait in 15 to 25 feet of water and it’s bouncing off boulders or over a shallow hump. That’s when I use wire. Otherwise, I’m using the fluoro for all other lures.”

Whether you build them or buy them, leaders are essential for musky fishing success. Make sure you have the right leaders for your favorite tactics, and you’ll stand a much better chance of getting that trophy musky photo this season.