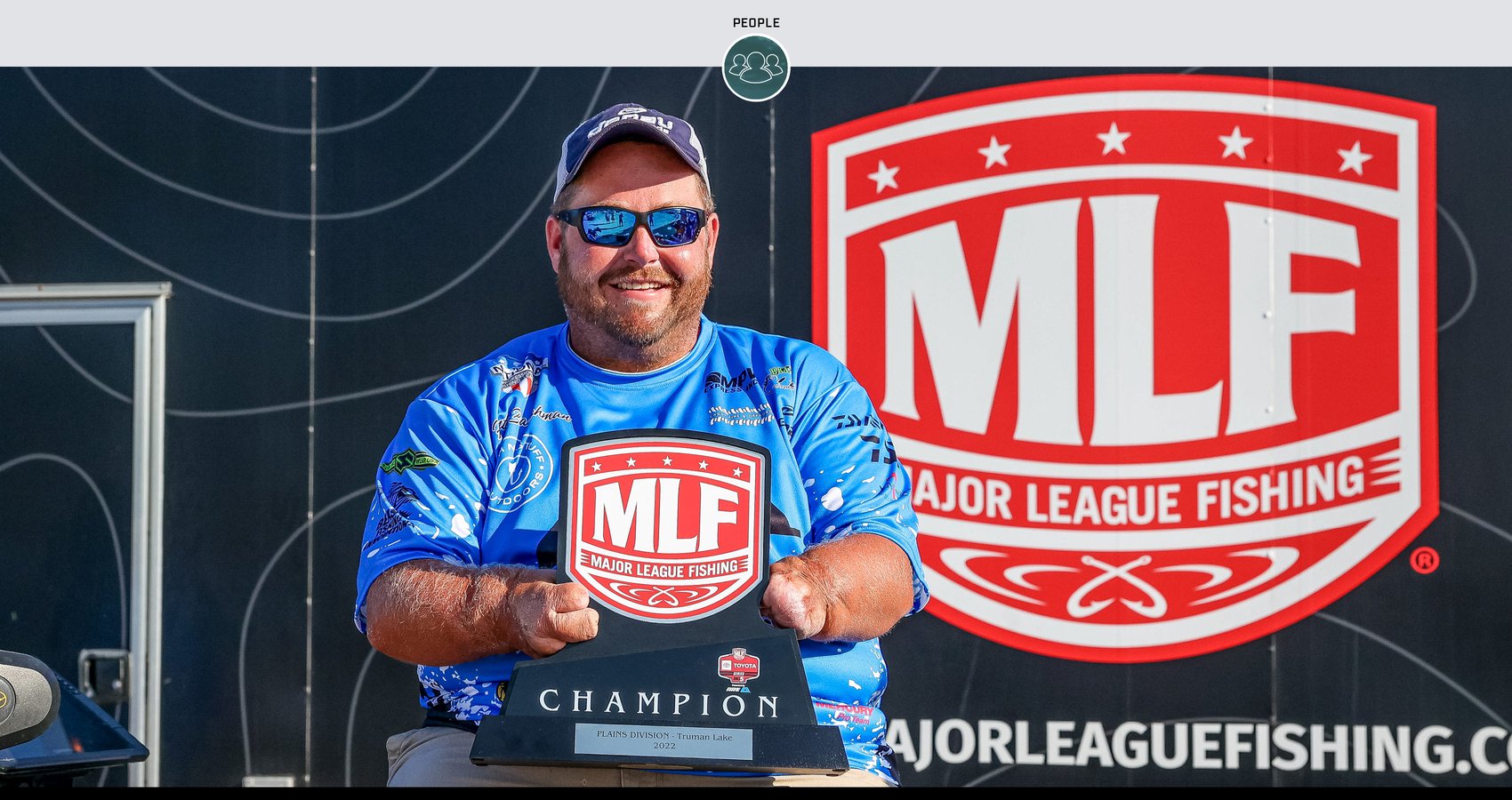 When Hunter Baughman weighed in the tournament’s biggest limit (19-1) on the final day of the Major League Fishing Toyota Series event on Truman Lake this fall, he overcame all the usual odds that all bass anglers face to earn his first high-level tournament victory. Fishing is a challenging sport and one rife with unpredictable variables. To win at any level, but especially against the regional aces who compete at the triple-A Toyota Series, is an impressive accomplishment.

Yet, for Baughman, perhaps, facing long odds and overcoming them is just in his nature. He's been taking on steep challenges his entire life. So, to say he overcame the usual odds is only part of the story. Baughman has overcome so much more.

The Judsonia, Arkansas, angler lost both his legs below the knees, his left hand and the digits on his right hand to bacterial meningitis at only 9 months old. For many, the resulting challenges might have driven them away from high-level tournament competition. But for Baughman, the challenges he faced prepared him to tackle big tasks and forged incredible toughness and discipline to find a way to get things done. Those character traits are now paying off with a successful professional fishing career.

“I’m tickled about the win; it’s such a blessing,” Baughman said. “I’ve been doing this for a long time at this level, and I’ve fished nationally (in the National Professional Fishing League) for two years. I’ve never won anything outside of a statewide tournament, so I’m just absolutely beside myself.”

The win was meant to be for the 36-year-old.

“I broke a fish off on day one that was a keeper, and I went back to that spot on day three and caught a fish and didn’t think anything about it,” Baughman said. “Later, my co-angler looked in the livewell, and that jig I lost on the first day was in the livewell. That same fish had spit it up.

“I had one fish that was hung in a brush pile for five minutes that finally came out. I had another 4 1/2-pounder that I tried to break off, and when I tried to snap the line, it ended up coming out of the pile.”

There was probably a bit of luck involved in those catches. But as all tournament anglers know, “luck” tends to follow hard work, preparation and positivity. Despite the challenges he faces, Baughman exemplifies all three.

“I had a fever of 113 degrees, and doctors said I shouldn’t have made it,” he said about the illness he faced as a child. “The positive is that, except for the amputations, there were no long-term effects; I’m perfectly healthy. And I have never known anything different. My parents always challenged me to figure out how to do things and never let me quit. If I ever said, ‘I can’t do this,’ they said, ‘Hunter, figure out how to do it.’ I’m so glad they did that. I might do things differently than others, but I get it done.”

Baughman’s family also taught him a love of the outdoors, both fishing and hunting. Growing up, he fished a lot with his father, grandfather and great-grandfather. He grew up watching “Bill Dance Outdoors” and “The Bassmasters” on television.

The married father of one, with a second daughter due in November, wore prosthetics to compete in other sports until age 13. But around that time, he shifted his focus to fishing.

“Regular sports just weren’t really for me, but I really liked to fish,” he recalled. “I talked my dad into fishing a big tournament together at age 13. We didn’t do any good, but it got me even more excited about competing in bass tournaments.”

Baughman now fishes 45 to 50 tournaments a year, mostly in his home state of Arkansas, but he also competes in large regional events like the Toyota Series event he won and nationally in the National Professional Fishing League. On tour, Baughman represents his title sponsor, Redemption Ranch, at each tournament. The Texarkana, Texas-based company provides employment opportunities for disabled adults, and Baughman serves as national sales manager.

Baughman’s goal is simply to provide for his growing family while working in the outdoor industry. The Truman Lake Toyota Series win was not only a solid payday but also introduced him to many new people. Interviews, social media posts and podcasts spread the word of the inspiring angler to more people in and out of the outdoors industry.

“It has been pretty awesome hearing from companies I work with, other anglers, old friends and fans after the win,” Baughman said.

In 2023, Baughman would like to fish the National Professional Fishing League and all nine Bassmaster Opens. Fishing those circuits will take a major investment, but Baughman has a deep faith that God will provide for his family and feels confident he can hang with the competition.

“I like to fish slow with a jig like I did at Lake Truman, but I can also fish fast and cover a lot of water. My biggest weakness is finding fish, which is very important to succeed in national events,” Baughman said. “The win at Truman was big because it was the first time I had fished that lake, and that gives me more confidence to fish new lakes in the future.”

Nothing came to mind when asked about anything in a boat that he can’t do. Baughman does drive using the boat’s throttle handle instead of a HOT FOOT™, like many tournament anglers use. He also utilizes a butt seat on the front deck without the pedestal, which raises him up a little and allows him to operate the trolling motor pedal with his knee.

“Things may be harder, like launching the boat by myself, but I literally can’t think of anything I can’t do.”

“The boat fits me perfectly,” he said. “It’s a faster boat, and it rides great. The seats are low, which is perfect for me.”

Humble, determined and successful, both on and off the water, Hunter Baughman may be the guy if you’re looking for some inspiration and perhaps a new favorite angler to cheer on next season.