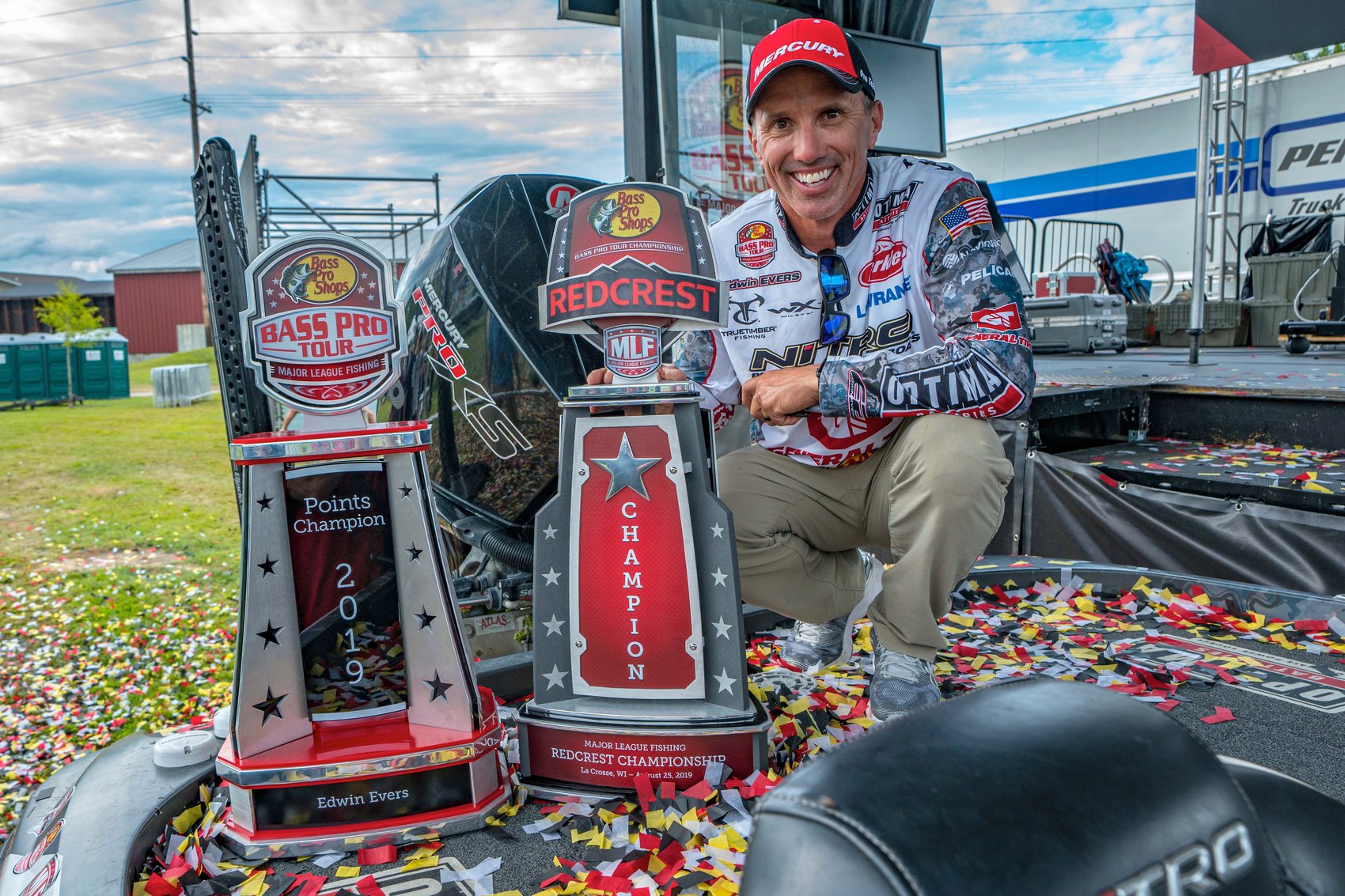 “Were they allowed to trailer their boats up here?” asked a local angler watching the afternoon catch-fest. “This lake isn’t accessible right now from the main river, is it? How is he in here catching bass on every cast.”

“I sat there and caught them every cast for a while,” said Evers. “I was so tired. I hadn’t drunk anything or eaten anything all day. My arms were cramping from catching so many fish. It was an amazing day.”