People often say no one remembers the names of those who finish second. Mercury pro Paul Mueller, who competes on the Bassmaster Elite Series tour, would beg to differ. 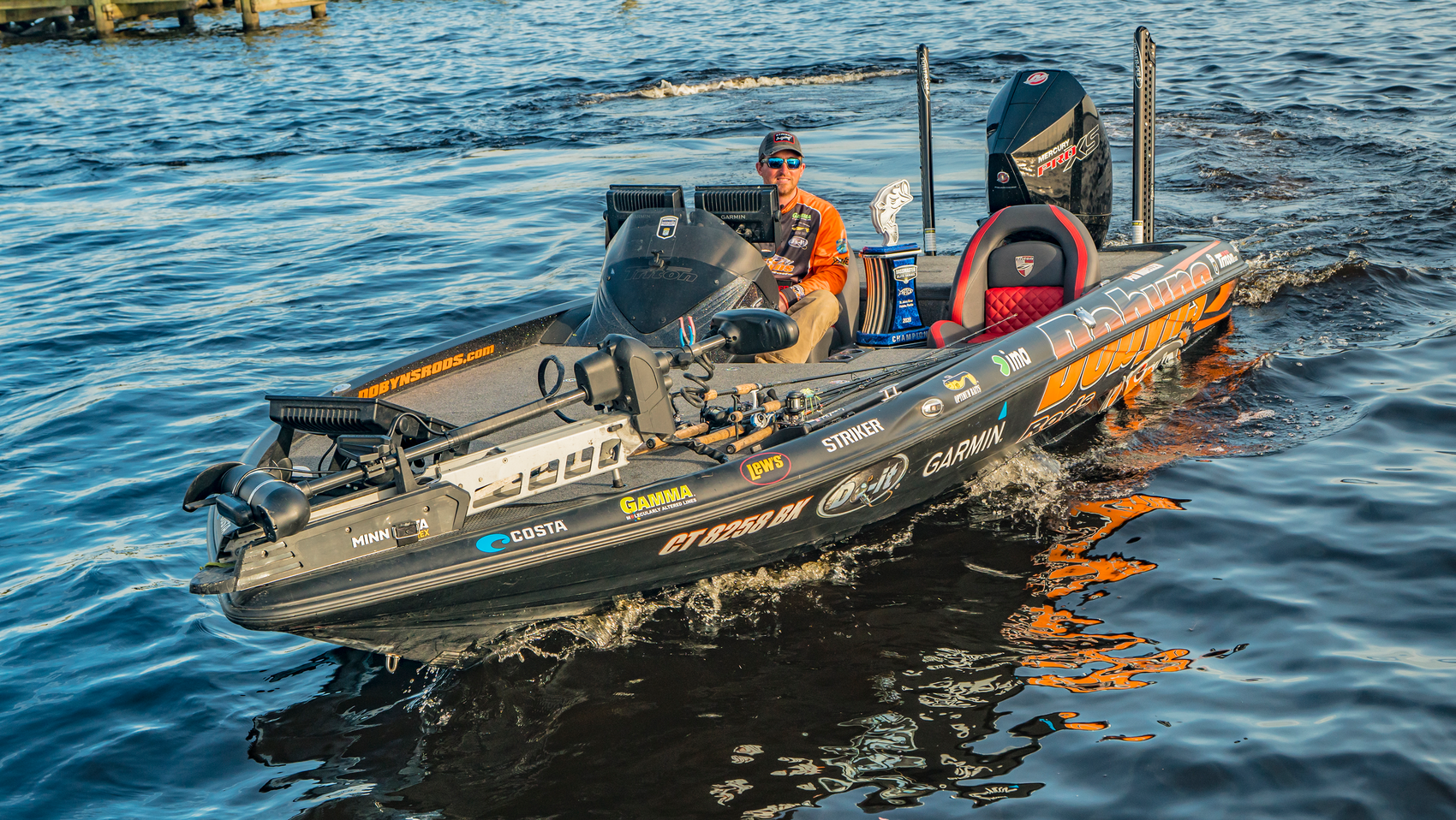 In 2014, the unknown pro from Naugatuck, Connecticut, finished one pound short of winning the Bassmaster Classic on Lake Guntersville in Alabama. He was competing as a representative of the B.A.S.S. Nation, the grassroots level of tournament bass competition. He had qualified for the 2014 Classic by winning the B.A.S.S. Eastern Divisional on Maine's Sebago Lake in 2013.

It may be true that bass-fishing fans typically don’t remember second-place finishers; however, when that second-place angler sets the record for the heaviest single-day total weight in the history of the Classic (Mueller weighed in 32 pounds, 3 ounces on Day Two), and then narrowly loses to an angler who records – by all accounts – a seemingly a miraculous catch of fish, people tend to remember. Randy Howell of Guntersville won the 2014 Classic by a single pound over Mueller.

Mueller weighed only three fish on the first day of the 2014 Classic and lost a two-pounder at the boat that – when it was all said and done – might have earned him the win and its $500,000 payday. When asked if that narrow loss haunts him, Mueller maintains a positive perspective.

“It showed me I could win,” said Mueller. “Had I executed better on the first day I could have won, but it showed me I had found the winning fish. At the end of the day, it boils down to God’s plan. Randy was meant to win, and it took a last-minute change of his plans for that to happen.”

Fishing fans will remember that Howell, also a Mercury-sponsored pro, won the event after changing his fishing location the final morning of the tournament. He moved from 12th place to No. 1 to claim the championship. Mueller caught the second-heaviest bag of that last day of competition. The event was a career-changer for Howell, but it also changed the course of Mueller’s life.

“All I ever wanted to do was make a living fishing,” said Mueller, “since my dad took me fishing in the third or fourth grade, and then watching the Bassmaster television show on TNN (Bassmaster tournaments aired on The Nashville Network in the 1980s). I watched every episode, and even though I didn’t quite understand it all, I loved it, and I was drawn to do it.

“When I almost won the 2014 Classic, my guide business took off. People became aware of who I was and wanted to go fishing with me. Now I’m blessed to be doing this full time. That’s a dream coming true.” 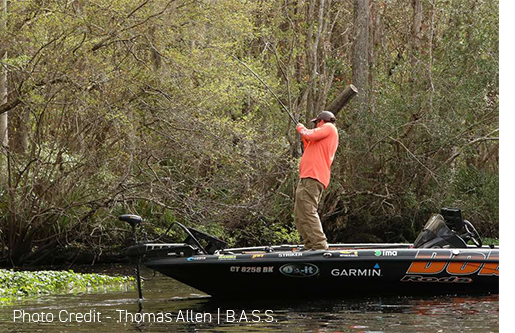 When he's not fishing the Bassmaster Elite Series, Mueller guides on Connecticut's Candlewood Lake for all species of fish. Additional fuel for his fire to fish for a living came from his angling hero, Mercury pro, Al Lindner.

“I looked up to Al Lindner because he could catch everything that swims,” said Mueller. “His personality and know-how drew me to him. With all due respect to the great anglers out there, if I could spend a day in the boat with someone, it would be Al. I sat down and read his book ‘Reflections at First Light’ in one sitting when it came out.”

Mueller qualified to fish the 2015 Bassmaster Classic by winning the 2014 B.A.S.S. Nation Championship on Lake Hartwell in Anderson, S.C. He earned a solid 12th place finish in his second Classic appearance. Mueller missed qualifying for the next four Bassmaster Classics (2016-2019) but never lost hope as he continued to expand his guiding business.

Mueller experienced another career breakthrough in February 2019 when he won the second Bassmaster Elite Series event of the season on Georgia’s Lake Lanier. The Connecticut pro weighed in an even 69 pounds of spotted bass over four days to claim the $100,000 top prize.

However, he still faced a challenge to qualify for the 2020 Classic – again at Lake Guntersville – through the Elite Series points standings. The 50th annual Bassmaster Classic is scheduled for March 6-8, 2020. Heading into the final event of the 2019 Elite season – the Angler of the Year Championship on Michigan’s Lake St. Clair – Mueller launched his boat in the last qualifying position.

Early on the first day of competition on Lake St. Clair, Mueller ran his Mercury 4.6L V8 250hp Pro XS-powered Triton 21 TrX Elite halfway across the lake before he realized heavy winds were muddying up the promising spots he had located in practice.

He stopped his boat to ponder his next move, and ultimately turned around and headed toward a spot he had fished with little success in practice. He immediately caught a 4.5-pound smallmouth on his way to a gigantic bag of 23-plus pounds and a qualifying spot in the 2020 Bassmaster Classic. He ended up with a respectable fifth-place finish in the fifty-boat field of the AOY championship event.

Mueller credited the success that led to his Classic qualification to his faith that everything would work out as planned. He said he will take that same faith into the 50th Bassmaster Classic. 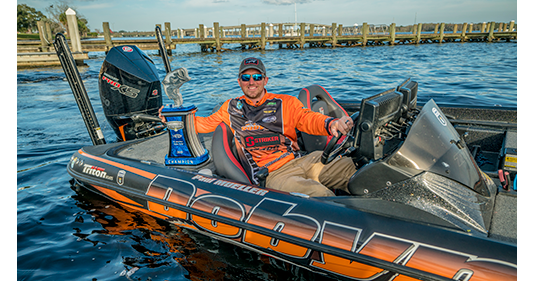 Just this week, Mueller captured crucial momentum to complement that faith when he won the first B.A.S.S. Elite event of 2020 on the St. John’s river in northeastern Florida. He earned $101,000 for the win after wind advisories trimmed the tournament from four days to three.

Mueller entered the final round with a one-pound lead, then held on for the victory, big paycheck, and confidence-booster by catching a 6-pound, 11-ounce bass late in the day. He finished three pounds ahead of the runner-up.

All things considered, would Mueller be surprised to win what he considers the single-largest and most impactful tournament in all of bass fishing?

“I wouldn’t be surprised. I feel like it can happen,” Mueller said. “When you have that belief, it’s like any tournament – if it is meant to be, it will happen. I might feel like I would have a better chance if the fishing was going to be in my wheelhouse – offshore, clear water – but I believe in the power of God, so I know it is possible.”

As it was for most of Team Mercury, 2019 was Mueller’s first full year running the new Mercury V8 Pro XS. He had run other four-stroke engines before but said he knew right away the new Mercury V8 was the best motor on the market.

"When I'm not fishing tournaments, I'm fishing at home and guiding every single day," he said. "Reliability is huge, and I had zero issues all year. This Pro XS is by far the best on gas of any outboard. Hole shot, top end, it has all been great for my Triton. I'm amazed by this motor in all aspects.

"Mercury exceeded all the expectations that people had for it."

A consumer expo that coincides with the Bassmaster Classic and weigh-in activities will be held at the Birmingham-Jefferson County Convention Center in Birmingham, Alabama. Mercury Marine will be exhibiting in the main sponsor hall.