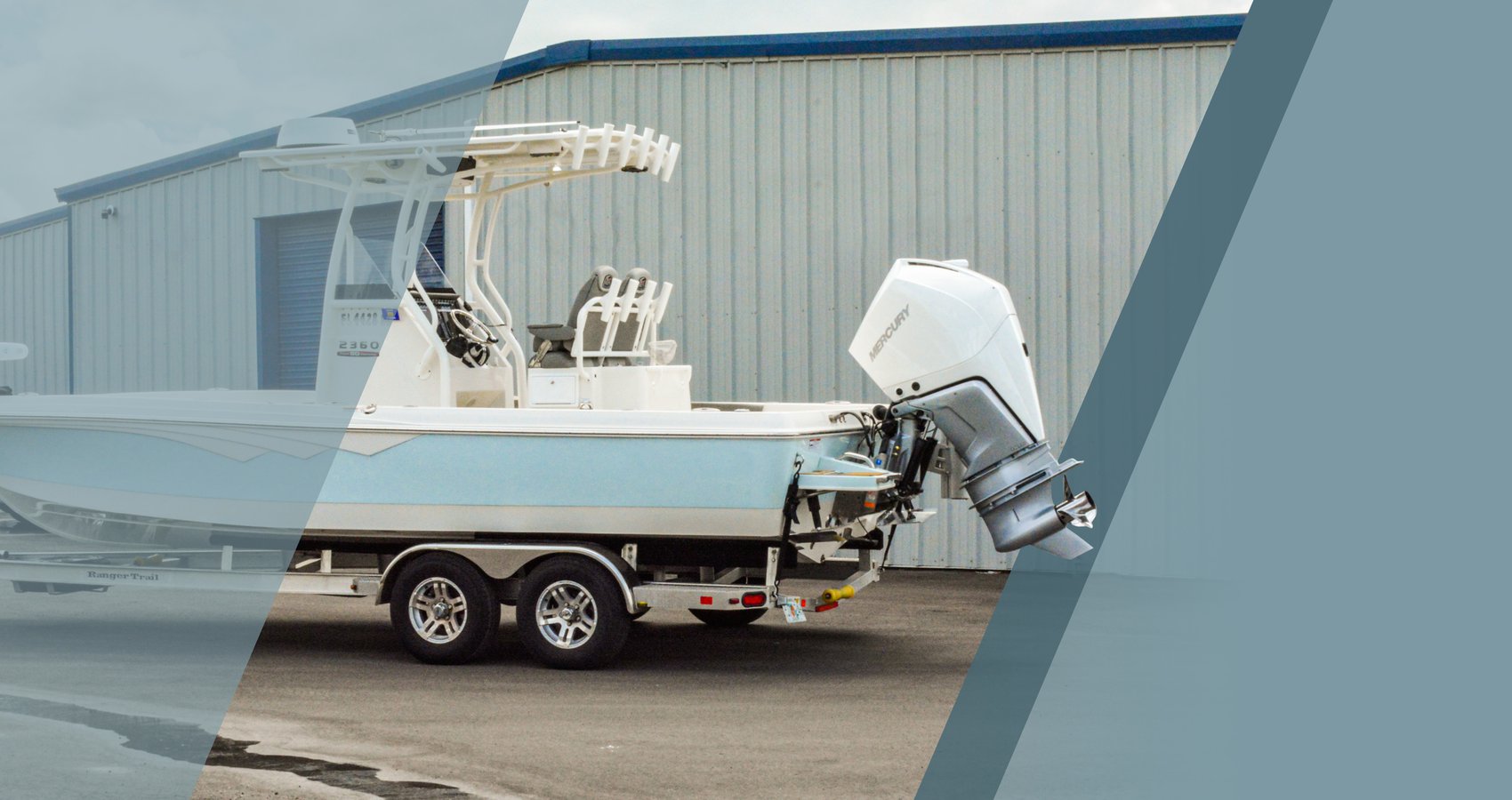 This blog is by Mercury Pro Team member Joe Balog, who’s spent more than 20 years in the fishing industry as a tournament competitor, educator, product designer, guide and writer. Originally from the Great Lakes region, Balog now resides in central Florida, where he fishes for freshwater and saltwater species.

When I purchased my 2018 Ranger Boats® 2360 Bay, it came rigged with a Mercury 300hp Verado® outboard. Warm Fusion White was the color. Quiet. Dependable. Oh, so smooth.

Avid boaters will remember this was the inline 6-cylinder model that started the revolution toward cleaner, more efficient outboards. A flawless performer, the brawny inline-6 was so quiet that it was agreed that wind noise was the loudest component of operation. 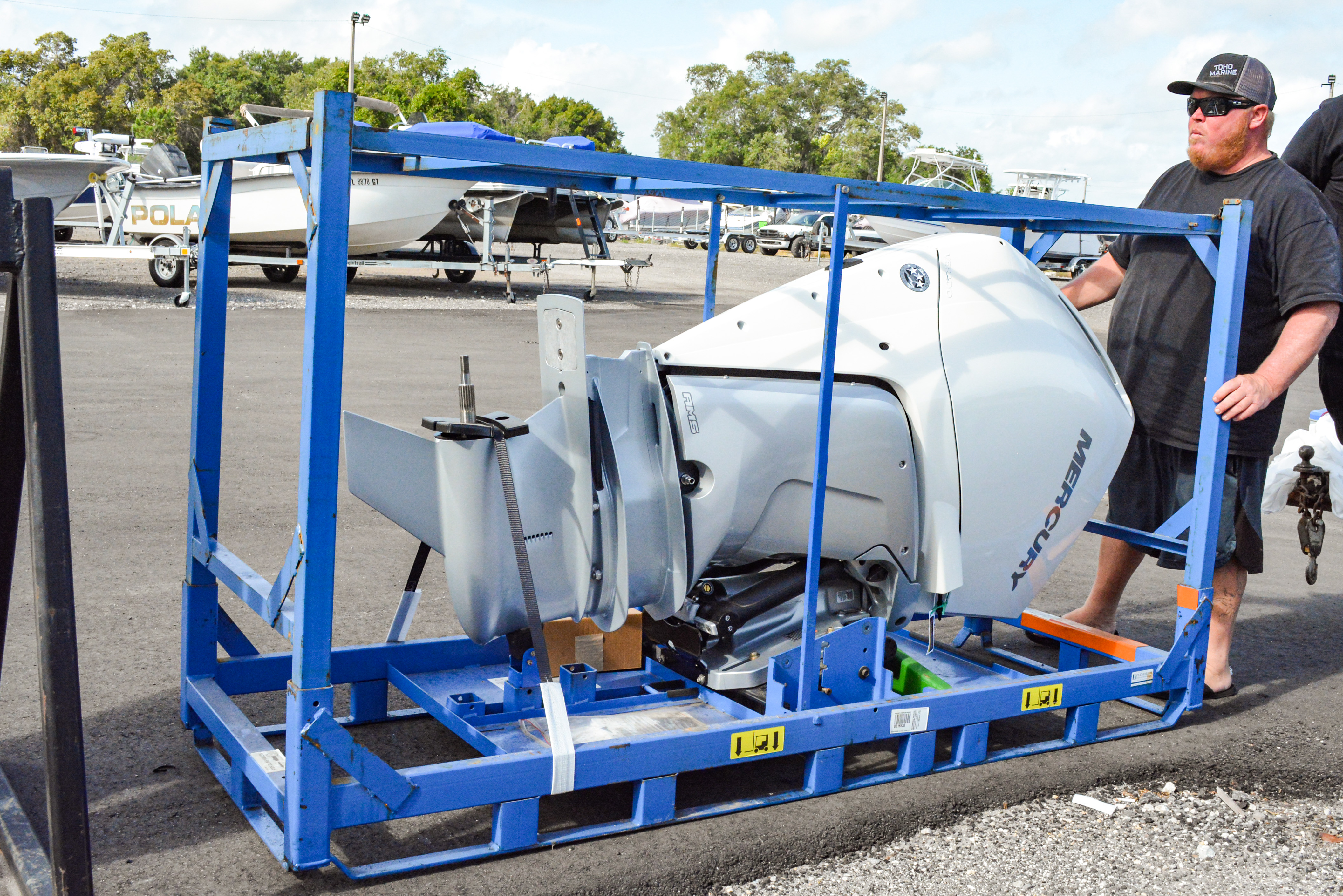 I loved that outboard. In fact, it was hard for me to believe there was a better option out there. But eventually, when it was time to consider an upgrade, I decided the best path forward was to keep my boat and repower it with a new Mercury outboard. I chose another 300hp Verado, but this time, it was the new Mercury V8.

Just the look of this motor is aggressive. My boating lifestyle is not, so initially I wondered if it was the right move to change from what I was used to. At first, I felt a bit overwhelmed, but it turns out the repowering process is easy. In fact, the entire installation procedure took less than five hours, start to finish, including a water test.

This can vary, of course. In my case, I had two things going for me. First, my local dealer, Toho Marine & Outdoors, in St. Cloud, Florida, is an ace shop. Their lead technician has incredible outboard savvy.

Second, I made a seamless switch from Mercury to Mercury, utilizing the existing controls and steering module. I’ve used the Mercury electro-hydraulic steering system since 2018, and it’s a must-have on my boat. For boaters looking to switch from other brands, new controls would be necessary, but the change comes with benefits: SmartCraft® digital technologies and Digital Throttle & Shift controls unlock so many performance features that are Mercury exclusives.

When my boat went in the shop, it was only a matter of minutes before the Toho Marine crew was unhooking my old outboard and pulling it off the transom. It’s amazing how smooth everything goes for knowledgeable pros with the right tools. 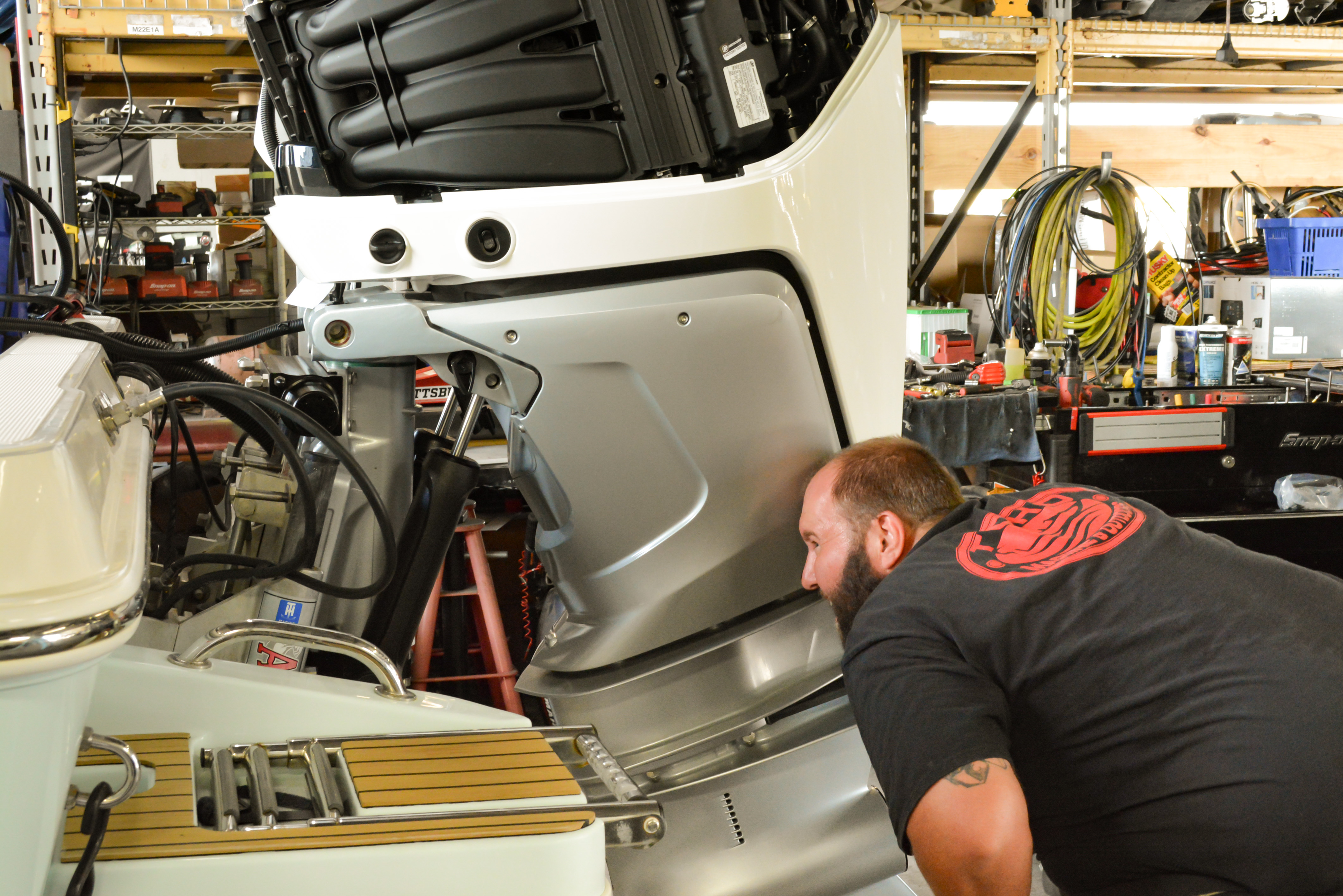 Lining up the new outboard to fit into my existing system required a quick power cable extension. From there, it was a simple unplug/re-plug affair, followed by prepping the power steering system and snugging up the engine bolts to 90 foot-pounds.

Modern diagnostic tools made things easy. The team at Toho Marine “plugged in” to the system and was able to communicate with the new outboard during initial start-up, performance tests and water trials.

During the performance tests, I just followed the instructions from the experts. Key on … forward … reverse … key off. With a laptop monitoring our progress, all the boxes were quickly checked off, and the outboard was running as intended.

A sidebar came when the tech offered to tune the Advanced Sound Control feature to one of two exhaust options: a “standard” hum or an aggressive growl, for those so inclined. I went with the standard.

A new hub kit was installed, props were swapped and to the lake we went. Test runs immediately offered a unique feel. 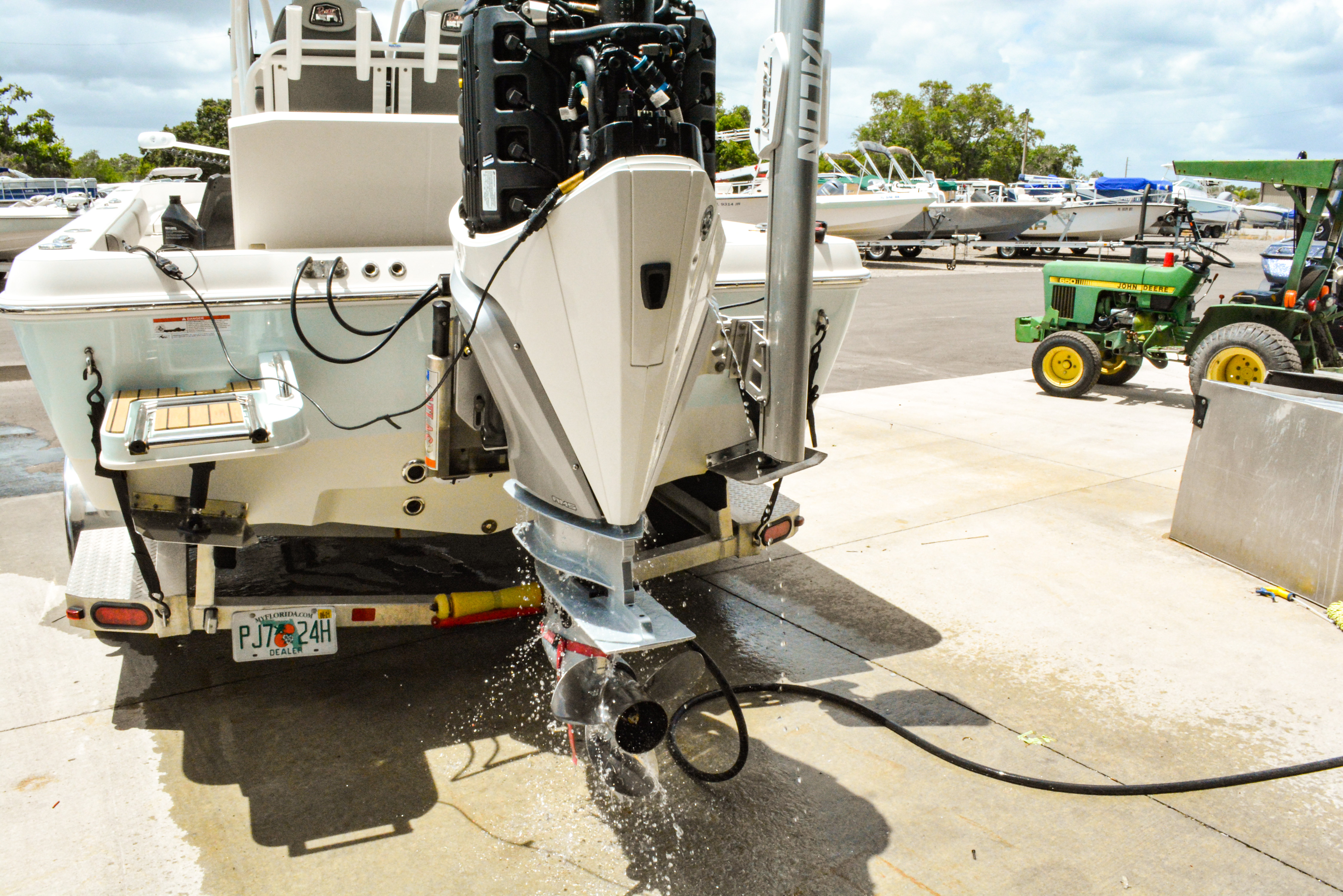 It’s shocking how the V8 outboard performs. I’ll try not to overdo it here, but until you feel the motor accelerate, it’s hard to describe. I’ve owned about 20 outboards in the 225 to 300hp class. And, while I’ve run a few at high speeds, I’ve yet to feel an outboard perform like the V8.

Prepare to be pushed back in your seat. To feel the torque. Even to a passive cruiser like me, more interested in mpg than mph, driving the V8 engine is flat-out cool.

After break-in, I connected my VesselView Mobile® app and compared apples to apples. I had previously charted the performance of my inline 6-cylinder outboard – same horsepower, same boat. Even though I might have been pulling for the old I6, the truth is, the V8 does just about everything better. Most noticeable is fuel efficiency in the mid- to upper throttle settings. I typically cruise around 4000 rpm, so this is a big selling point for me. In each test, I experienced better fuel mileage from 3500 to 5000 rpm from the V8 Verado outboard, with no loss in speed – and typically a slight speed gain. 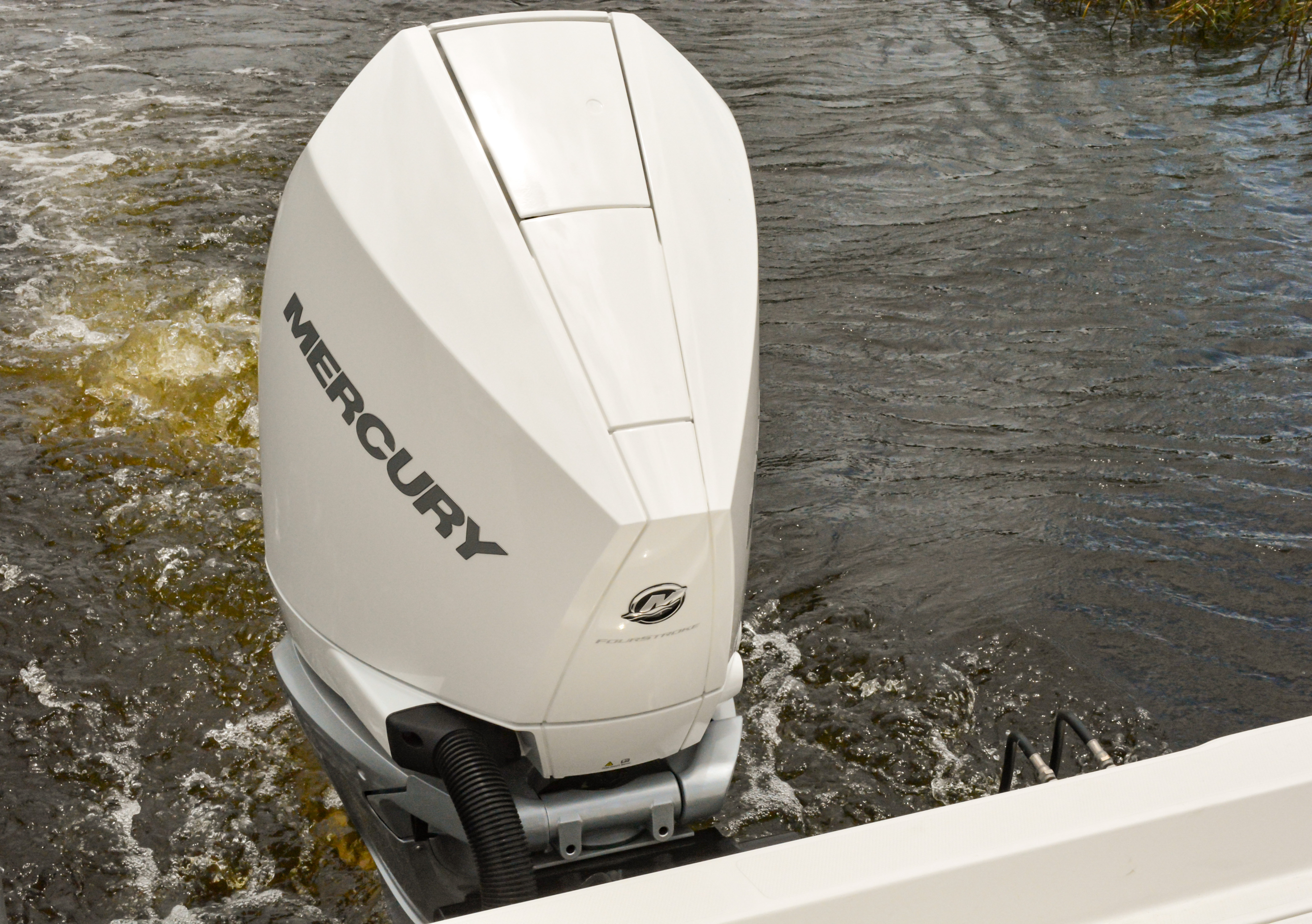 The numbers show roughly a 0.3 mpg fuel gain with the new engine. That’s about nine more miles of run time for every 30 gallons of gas – a welcome improvement for long days running offshore for snapper or cruising the Keys for mahi.

Another eye-opener: When cruising, I’m saving a full gallon of gas per hour. Using my average fishing day, that equates to about 20 bucks in marine fuel. Multiply that by the 50 days or so I fish each year, and you see where I’m going here.

I’m saving money on fuel each time out, and I’ve got a new outboard with a new warranty on a boat I love. The value and the cool factor of my boat have increased dramatically.

At first, I was a doubter. I couldn’t imagine my boat and engine performing any better. But as I quickly discovered, the Mercury V8 Verado outboard is an industry leader for a reason.

RANGER BOATS is a registered trademark of White River Marine Group, LLC. All other trademarks belong to Brunswick Corporation.