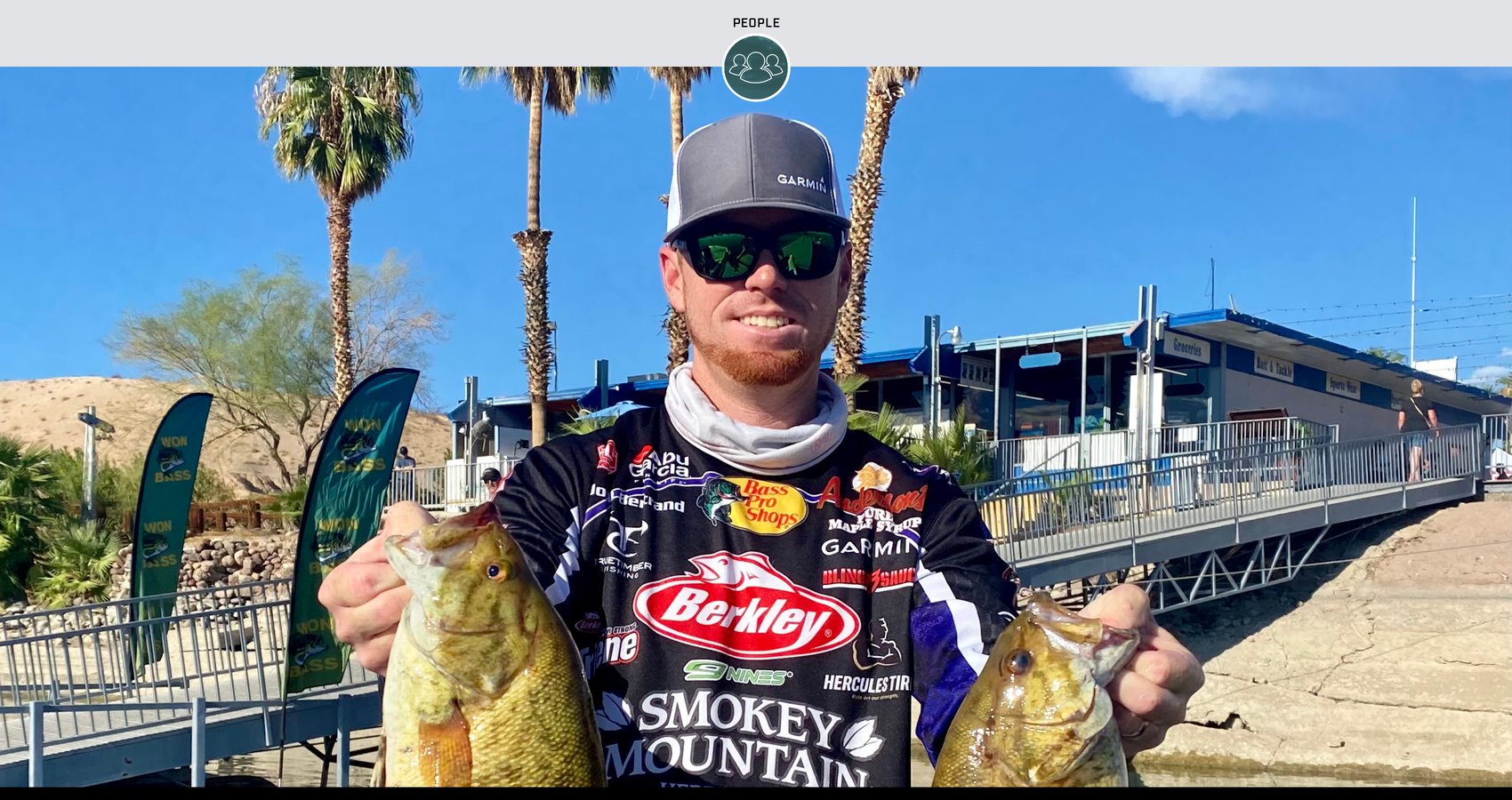 In the tournament bass fishing world, few events can compete with the uniqueness and rich tradition of the WON (Western Outdoor News) BASS U.S. Open. This Mercury-sponsored tournament, which just celebrated its 40th anniversary, has traditionally been held at Lake Mead on the Nevada-Arizona border.

Due to historically low water levels, this year's edition was moved one lake down the Colorado River chain, below Hoover Dam, to Lake Mohave. Making the most of the new playing field was Mercury Pro Team member Josh Bertrand. The Arizona pro led the first day of competition after posting a 23.45-pound limit then tacked on 20.34 pounds the following day. On the third and final day, Bertrand brought in 17.99 pounds for a three-day 61.78-pound total, earning him the win by more than a pound over second-place pro angler Spencer Shuffield of Arkansas.

For Bertrand, who competes on the Major League Fishing Bass Pro Tour, this win fulfills a lifelong goal – one shared by most professional bass anglers who came up fishing in the West as he did.

"Growing up, I idolized anglers like John Murray, Aaron Martens and Clifford Pirch," he said. "They each won the event more than once, and when I saw them fishing the event and trying to win it every year, I told myself, 'That's the one I need to be fishing.' It's a tournament that means so much to me and everyone from the West. Winning it is something I have dreamt about forever."

Part of what makes the U.S. Open so special is the setting. The middle of the desert on the border of Nevada and Arizona is not the first place many non-anglers would associate with bass fishing. Yet, the beautiful landscapes of Mead and Mohave, along with the system’s vast water, big waves, lack of shoreline development and crystal-clear waters, all add to the event's aura.

Bertrand loves it for all those reasons and adds that the event's feel is unique. For him, it's part throwback and reunion while competing against the best in the West and beyond.

"It has a nostalgic feel, and guys come from all over the country to fish it," he said. "I've heard from many of my fellow pros back east that it's their 'bucket list' event, and they want to fish it at least once in their life. For me, it's great to compete against my buddies back home that I grew up fishing with and reconnect once a year. It's like an extended family reunion."

Aside from the fun and fellowship, one of the sport’s most coveted titles and some major prizes are at stake. For his win, Bertrand claimed $75,000 in cash and a new Bass Cat® Cougar FTD bass boat powered by a Mercury 4.6L V8 250hp Pro XS® outboard – a boat-engine combo valued at $86,000.

"The Open feels like high-stakes gambling, and not just because it's so close to Vegas," he said. "It's a relatively low entry fee for a massive payout at the top, so it's almost like a winner-take-all event, even though there are some other good checks to the other top finishers.”

A twist on this tournament compared to standard pro-am events is the shared-weight format. Each day of the event, every professional is paired with a non-boater. The two work together as a team for the day. Each angler then carries their combined weight to the next day of fishing, and the cumulative three-day totals decide the standings in each division.

"The shared weight is great and makes for a fun day of fishing," Bertrand added. "You become fast friends with your partner and help each other during the day. Plus, these desert lakes can be tough at times, and sometimes, you need all the extra help you can get to catch a limit."

How Bertrand Claimed the Win

Fishing the desert lakes on the Colorado River chain takes strategy to deal with fishing pressure and remain mentally focused in extreme heat. Bertrand took this into account on the way to his big win.

“It was over 100 degrees every day during practice, and that can get to you,” Bertrand said. “Plus, everyone is fishing the same areas, and I had to locate several different areas, hitting the obvious stuff early in the event and trying to save the more subtle areas for later."

To catch his fish, Bertrand relied heavily on his electronics, including his 2D sonar and Garmin® LiveScope™ forward-facing sonar. During practice, Bertrand located both deep and shallow fish and stuck with the deeper water for the three days of the tournament because the fishing pressure “dried up” his shallow fish early in the competition.

"I stuck with finesse and used a drop-shot with a Berkley PowerBait® MaxScent Flat Worm to catch all of my fish," he shared.

Fishing in the desert heat on a notoriously rough body of water leaves no room for error when it comes to your boat and enging. Bertrand's NITRO® Z21 XL PRO powered by a Mercury 250hp Pro XS® outboard performed excellently for him along the way to victory.

"Mohave is a big lake that gets very rough," he said. "Of course, reliability is important in those conditions, but having the low-end torque of my four-stroke was crucial for managing waves and running safely in practice and during the event.

"I was making a lot of short runs, hitting a spot for a few casts, and then leaving to the next one," Bertrand added. "Fishing like that can be hard on your battery because they don't always have time to charge back up. The alternator on my Mercury is so good and performs flawlessly. I never once had a problem with low power."

In Pursuit of Rare Company

Only a few anglers have won the U.S. Open more than once – an incredible list of well-respected pros. Clifford Pirch, Aaron Martens and Mike Folkestad won the event three times. Rick Clunn, Byron Velvick, John Murray and Roy Hawk have done it twice. While Bertrand would love to join them as a multiple-time winner, right now he’s content to celebrate what many anglers consider to be a career-making accomplishment.

"If it never happens again, at least I can say I did it once," Bertrand said. "It's an amazing feeling to win this event. For me, this is the pinnacle of tournament bass fishing."

Walleye and bass are two of the most popular freshwater gamefish, but often anglers operate in two distinct silos. Bass anglers like to poke fun at the slower deep-V walleye boats and the walleye anglers’ frequent use of live bait, ...

Matty Wong needs a new home, but he’s in no rush to find it. Despite competing in the 2022 Bassmaster Classic – the pinnacle of bass tournament fishing – Wong, a rising figure in the bass world, will tell you ...