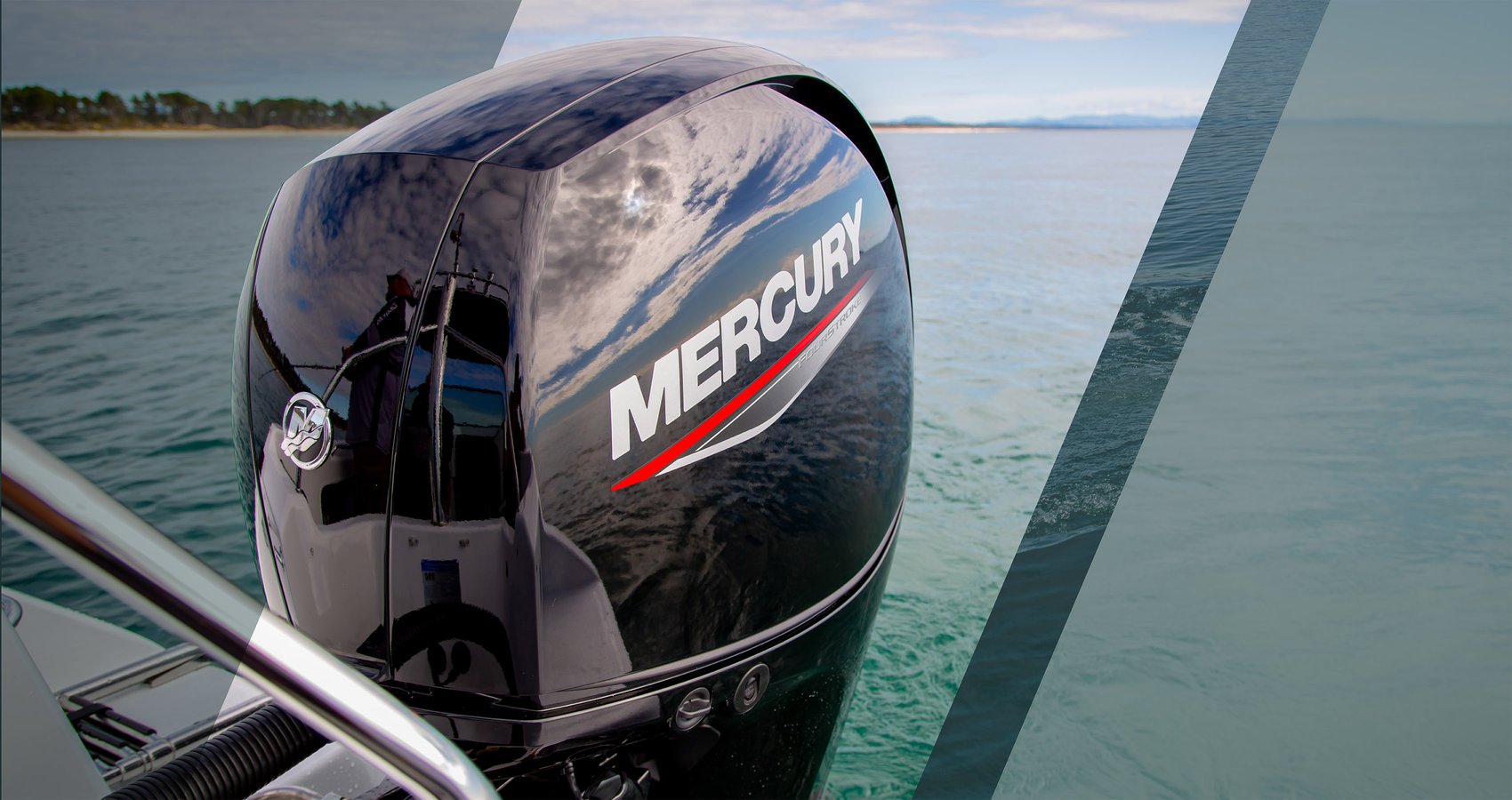 Leo Cuellar had a problem. Well, two of them, actually.

No. 1, the outboard on his beloved 2000 Bayliner Trophy fishing boat was finally starting to feel its age, making it unsuitable for the long, offshore outings that are common for Southern California anglers. The limitations of the boat’s original 125hp Mercury two-stroke engine were putting serious constraints on Leo’s ability to do two of his favorite things: fishing and spending time on the water with his two sons. 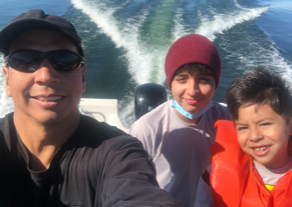 The second issue was that Leo and his wife, Sylvia, really didn’t have the money to trade in the boat on a newer one, or to repower it. As an HVAC technician operating his own business, Leo of Beaumont, California, was feeling the squeeze of lost business in the early part of 2020 due to the COVID pandemic. He had started working some hours for his previous employer to help make ends meet, but even with that he did not feel comfortable making a significant investment in his boating pastime.

Since he knew he couldn’t really spend any money on his boat, Leo almost skipped the annual Fred Hall Boat Show, March 4-8, 2020, in nearby Long Beach, but he decided to go anyway, taking sons Erick, 13, and Marco, 6, with him. While they were there, the Cuellar family visited a number of Mercury dealer displays, kicking tires and dreaming of the day they’d be able to replace their old two-stroke with one of the shiny new black engines on display.

As luck would have it, this particular show was one of three that was part of the Mercury Experience factory promotion that ran last winter and spring. The tour included special guest Mercury Pro Angler Jarrett Edwards, as well as drawings for a Mercury-branded Yeti cooler at each event and single grand prize: a Mercury 150hp FourStroke. Leo filled out an entry in Long Beach, and then promptly forgot about it. In the weeks that followed, he received and ignored several out-of-state calls on his phone, as many of us do. About two months after the show, however, he received and opened an email from Mercury marketing brand coordinator Ryan Mereness; among the thousands of entries, Leo’s name had been randomly selected as the grand prize winner, and the manufacturer was desperately trying to get in touch to deliver his new outboard. 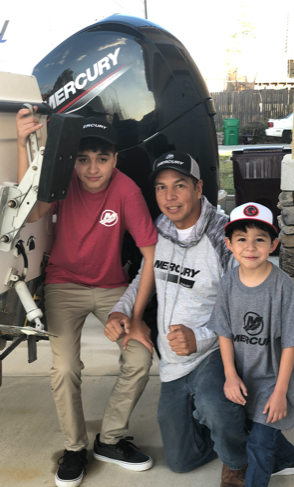 In one fateful moment, both of his problems were about to be solved.

Leo chose Mercury dealer Last Chance Performance Marine of Hemet, California, to do the repower as the dealership had worked on his boat in the past. The wait was long as Last Chance had tons of work, but the 20-foot fishing boat finally has the new 150 on the transom and Leo couldn’t be happier. The engine is still within the break-in period, but Leo has already put a few trips on his renewed rig.

“What a difference on performance!” Leo said. “On top of the reliability of a Mercury, the boat feels so smooth when driving it and the sound on the motor is so much better. We don't have to scream to each other anymore.”

He said he can’t wait to get his boys out with him in search of tuna, flounder, white sea bass, rockfish and everything else the Southern California coast has to offer. Leo is also eager to get the family out on the local lakes so he can pull his sons and their friends on their towables.

“Now me, my family and friends are making fishing memories to pass on to the next generation,” Leo said. “We are all grateful from the bottom of our hearts to God, Mercury, the Fred Hall Boat Show, Jarrett Edwards, Ryan Mereness and all the crew that made this miracle possible.”