We sat down with Wisconsin native and Executive Director of the National Professional Anglers Association (NPAA), Patrick Neu for a firsthand account of the threats to the waters of Lake Winnebago.

Water conservation is an increasingly important topic in the angling community. While many focus on saltwater conservation, our freshwater sources can not be ignored either. We sat down with Wisconsin native and Executive Director of the National Professional Anglers Association (NPAA), Patrick Neu for a firsthand account of the threats to the waters of Lake Winnebago.

Neu is a lifelong advocate for a conscientious use of our freshwater resources. In an official capacity, Neu has been advocating for freshwater conservation since 2008, when he became president of the NPAA.

“There are many threats to our waters,” said Neu. “Including nutrient loading (human population impact including agriculture), aquatic invasive species, urban sprawl, population growth, and wasteful use of water.”

Though the long-term effects of nutrient loading, aquatic invasive species (AIS), urban sprawl, population growth, and wasteful use of water have yet to be decided, Neu says the effects of AIS to our ecosystems have already begun to be realized. Aquatic invasive species have been known to cause food web disruption, biodiversity loss, and economic harm. Nutrient loading from agricultural and industrial emissions have been known to cause harmful algae blooms (HABs).

“We have seen AIS affect the ecosystems, groundwater and surface water contamination affect water quality and ultimately urban sprawl if not managed will continue to contribute to pollution,” said Neu.

Neu believes as anglers, we all share the water as a public resource, making freshwater conservation and issue we all should care about.

Neu and the NPAA are dedicated to educating the angling community on freshwater conservation techniques. In 2012, Neu established the Future Angler Foundation.

“The Future Angler Foundation is working to grow the sport of fishing through education and outreach. We support volunteers who share their passion for the sport in a manner that will create new anglers. As part of these efforts, we make it mandatory for these volunteers to include a conservation segment, in any event, they host, impacting nearly 20,000 potential new anglers each year,” said Neu.

Neu’s dedication to advocating for freshwater conservation has led to opportunities for Neu to share his personal experience with algae blooms on the waters of Lake Winnebago. Recently, Neu was asked to testify on the HABs at the U.S. Senate’s Subcommittee on Oceans, Atmosphere, Fisheries, and Coast Guard hearing on these harmful blooms. 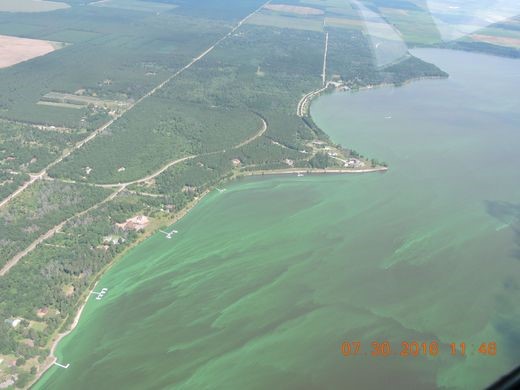 “I was asked to testify on HAB’s by a member of Senator Tammy Baldwin’s staff last August. They had been given my name by Mike Leonard, VP Government Affairs for the American Sportfishing Association. It was an honor to testify in front of this resource subcommittee,” said Neu.

“The testimony was designed to bring an account of my personal experience with HAB’s to the committee to help them understand the importance of funding research on HAB’s and create a monitoring system. This is the first step in creating a strategy to mitigate the effects and create a strategy to reduce HAB outbreaks.” 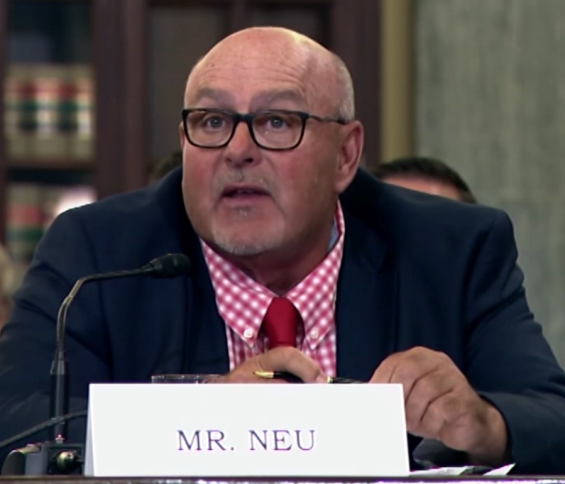 Ultimately, through testimonies like Neu’s, the bill passed through the Senate and was introduced to the house.

“Every person in this country can help to reduce the threat of HAB’s and other threats to our resources. Simple things like reducing or eliminating the use of fertilizer on your lawn, making sure your septic system is working properly or inspecting your boat, kayak, or canoe after each use to make sure that there are no AIS’s attached to the bottom of your watercraft. Utilizing only what you can consume when keeping fish, and properly disposing of unused bait are other ways we all can help reduce threats to our freshwaters.”

Appropriate management of waterways (oceans, lakes and rivers) by recreational fishers and boaters will conserve and protect marine fisheries, wildlife populations and resource sustainability. Scientific understanding of fish behavior, lake and marine ecology, and development of education for those engaged ...

Lionfish: What You Need to Know This Invasive Species

Zebra, quagga mussels, Asian carp and snakefish have long been known to pose threats to boaters. However, lionfish have the potential to become the most disastrous marine invasion in history, by drastically reducing the abundance of coral reef fish and ...