October and November usher in phenomenal saltwater fishing in the South 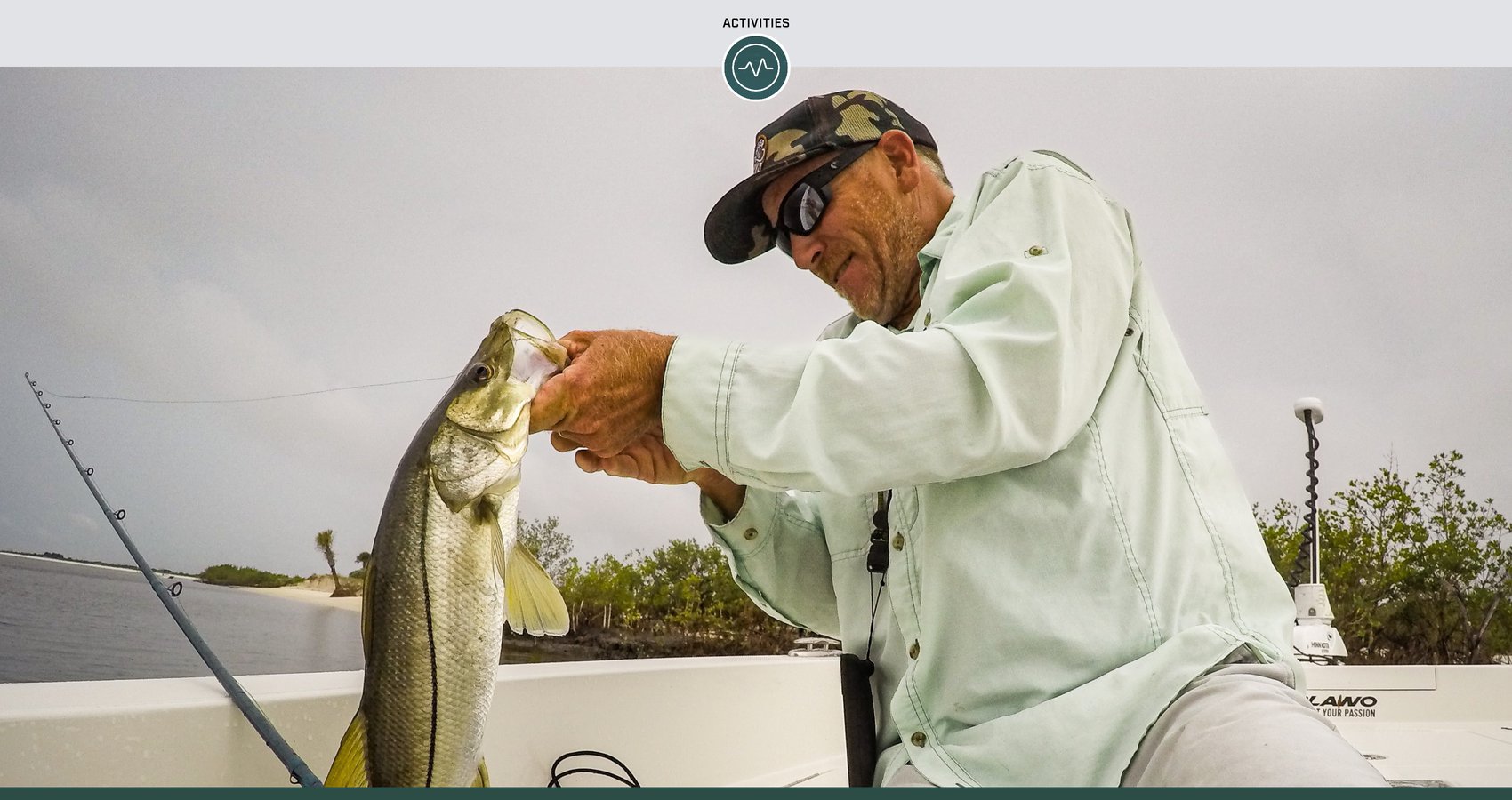 What’s the best season for fishing? That’s a question open for debate among anglers. While spring and summer get all the hype, many saltwater anglers insist nothing beats the fall. The secret lies in the baitfish migration.

Each year, as the temperature dips in northern climes, baitfish migrate down the coast to where predator fish await. Millions of mullet pour through the shallow waters of the Atlantic, while anchovies, pilchards and sardines migrate the Gulf of Mexico. Inlets and harbors on both sides stuff to the gills with tasty morsels. If you’ve never taken advantage of this autumn occurrence, now is your chance to experience some of the best fishing of the year.

The Science Behind the Cycle

The details behind the fall baitfish migrations throughout the South come down to one leading variable: dropping water temperatures. When autumn approaches in the country’s midsection, migratory species start transitioning south for the winter. Like tourists traveling down the interstates, baitfish stick to a reliable path of least resistance. The beaches load up, and, at times, schools may be visible for miles. They’ll hug the shallows for warmth on sunny afternoons.

Predator fish anticipate the fall migration as much as anglers. Here’s where the fun begins. On any given day, it’s possible to make contact with some of the toughest fighting fish in the ocean, from monster jack crevalle to snook, sharks, cobia and even tarpon. And don’t forget about the popular inshore species such as redfish and sea trout. They’ll take part in the feast as well.

At times, finding baitfish is as simple as scanning the beach. A black cloud of mullet is hard to miss. Farther offshore, diving birds and monster fish explosions help give things away. Sometimes, though, it’s not that easy.

Take inshore fishing. While a huge influx of bait is possible, often the forage fish come in small waves with tidal changes. Here, it’s important to recognize ambush areas that predators will use as the bait filters through.

Always look for pinch points. Mangrove islands are a can’t-miss scenario as they constrict current, increasing the flow, and they serve as perfect places for predators to take up residence. The heads of islands – where the current comes in – are usually best, as baitfish get disoriented upon arrival. Remember, though, that the “head” and “tail” of the islands switch with the changing of the tide. Adjacent shorelines will also be good, as the flow increases there. Look for areas with oyster beds to hold redfish.

Once a potential spot is located, it can be best to stake out the area and observe. From an anchored position, the migration of baitfish really comes into view. You’ll watch as clouds come by on a regular basis. Area predators ignite. It’s possible to stay in one spot for most of the day and continue to catch fish.

Here, lure selection is a no-brainer: Mimic the bait. A small paddle-tail is great for trout. Increase the size for bigger redfish. A topwater walker, like a baitfish-matching Heddon® Zara Spook, may be the best fall inshore lure of all, and will also attract snook and jacks.

Catching and using the available baitfish can be the best option of all. Cast nets make quick work of the process. An 8-footer with 1/4-inch mesh is a great option for numerous bait species of all sizes.

When fishing live bait, the question regularly comes up: With all the bait around, how will a fish find mine? It’s easy. Yours is the one that doesn’t run away, thanks to the hook in its rear. Wounded prey gets eaten first.

In nearshore waters, again the key can be ambush. Piers and jetties are always top locales. While these structures see high pressure from anglers, the spots continue to produce year after year. Sometimes it’s best to try and fish when others don’t, like early morning on a weekday. Then, predators such as snook, redfish and sharks will often patrol within casting distance. A big swimbait, rigged on a heavy jighead for added casting distance, often prevails. Don’t be surprised to see a cruising cobia, too.

Later, a bottom rig with a live bait is better. The key spot will be where the rocks or structure ends, requiring a long cast. Hold live bait on the bottom with enough sinker to stay put, rigged on a traditional fish-finder rig with a couple feet of leader. Rig baits through the nose to look natural in the changing currents. Here, long rods, like those for surf-casting, prevail in keeping your line off the water when fishing from a jetty. They cast farther and fish better.

Patterning offshore predators taking part in the action can be more difficult. With no visible hiding places, open-water species overcome their prey with massive bursts of speed, often corralling entire schools of migrators. Most anglers have seen the online videos of sailfish, mahi and sharks – even marlin at times– taking part in the foray. In central Florida, bonita, or false albacore, make for an entertaining day. Kingfish aren’t far behind.

In short, the key is simply to find the bait. This is easiest on slick-calm days, if you can get them. Bait pods hug the surface and can be spotted for miles. Otherwise, it’s often necessary to first mark forage using sonar. Side-viewing depth finders drastically reduce the time necessary to find bait. For some reason – likely relating to prevalent current – it’s common in some parts of Florida to find open-water baitfish in the same general regions when fishing about 4 miles offshore, then again around 10 miles. If you’ve found big schools in certain areas in the past, it’s worth a revisit.

Otherwise, keep your head on a swivel, looking for birds, bottlenose dolphins or sharks giving things away. Once the big schools of baitfish are found, cast to them with heavy bucktails or swimbaits, retrieving and jigging through the schools. A live-bait rod placed in the rod holder will produce a bunch of action on its own.

Slow-trolling can also be wildly productive. This simple method can be accomplished with a trolling motor or just bumping in and out of gear with your Mercury outboard. Your normal spinning gear will work for this. Combine braid with a 40-pound-test fluorocarbon leader and a 3/0 circle hook. Then set the drag low to allow takers to run, before tightening down for the fight.

A couple final tips: For hooking pilchards or scaled sardines, utilize the tough cartilage just behind the nostrils. For mullet, run the hook through the lips, adding a 1-ounce weight ahead of the hook.

Enjoy the Best Time of Year

Football. Back to school. Deer and duck hunting. All draw anglers away from the water in autumn, leaving the best fishing for everyone else. This season, put your time in and learn the baitfish migration. This natural phenomenon will bring a new appreciation for just how many species live in your area. On the way, you’ve got a good chance at your biggest fish of the year.

Life on the transom of a commercial bait-fishing boat is nothing short of a real-world torture test for a pair of outboard engines. In a mere 18 months, the twin 225hp Mercury FourStrokes run by Tyler Hall, proprietor of 954 ...

Simply defined, a spinning reel’s gear ratio is the number of times the reel’s rotor and line roller rotate with one full 360-degree turn of the reel handle. Although you might not hear gear ratio mentioned quite as often among ...