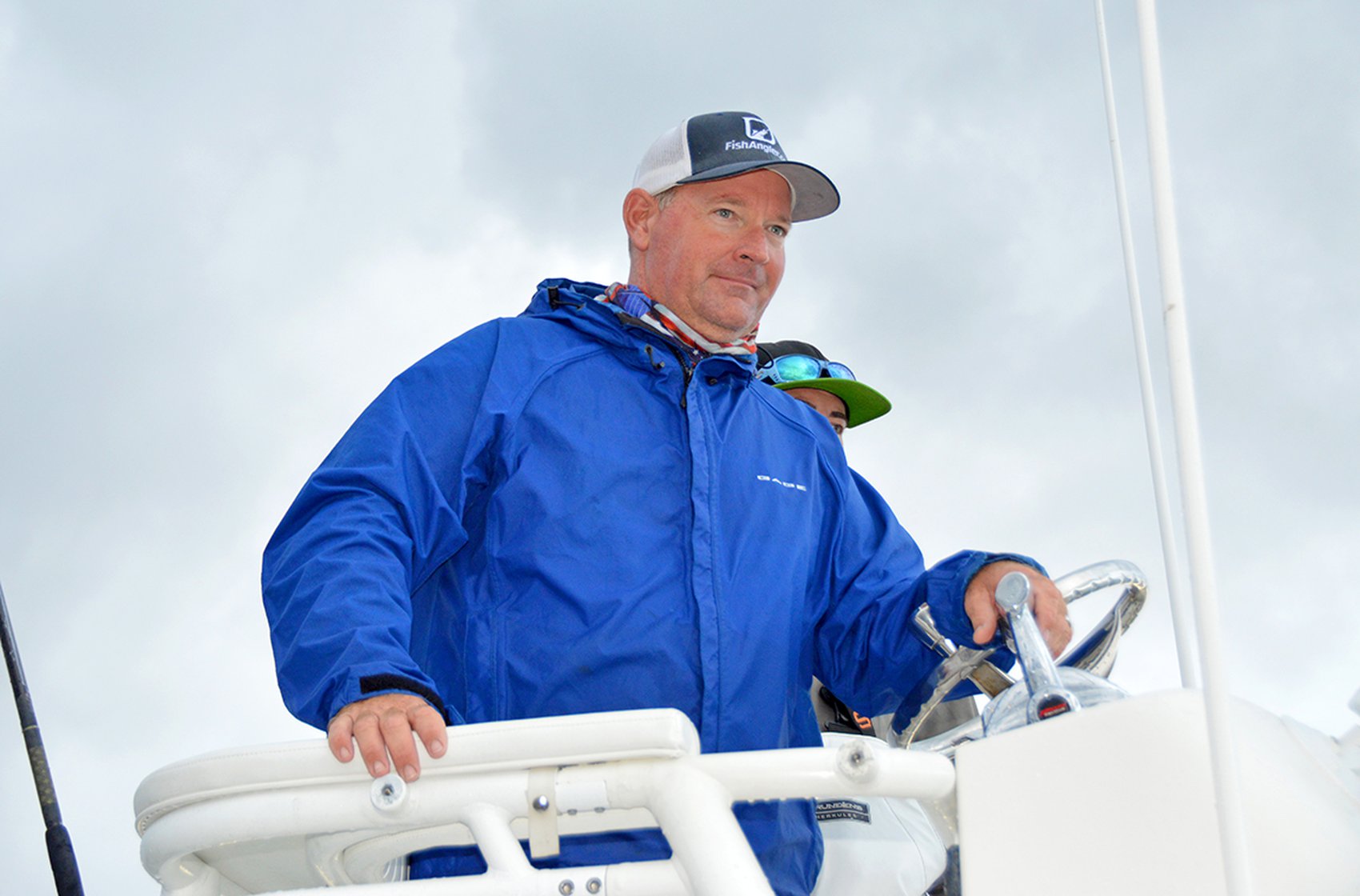 Stretching just over 38 feet from its bow to the cowlings of its twin 300 hp Mercury Verado Pro FourStrokes, the Boca Raton, Florida-based Crescendo is noticeable for its size anytime it heads out onto the Atlantic sailfish grounds to tangle with the best tournament sailfish boats in the world.

Or rather, its lack of size. Among a fleet of boats that routinely stretch 50 or 60 feet in length, the Crescendo is the David among Florida’s tournament-sailfish Goliaths.

“I don’t know for sure if we’re the smallest boat in the fleet, but we’re darn sure the little guy at most of these big sailfish tournaments,” jokes Crescendo captain Skip Ward.

Not that it mattered to Ward and the rest of the Crescendo crew (Glen Turner, Steven Siegel, Steven Fishman, Mark Repetski, Randy Strauss and boat owner Charlie Greenberg) as they motored out of Sailfish Marina Resort for Operation Sailfish, the first tournament of the 2016-17 Quest for the Crest Sailfish Series.

The Quest – a four-event series that attracts the best of the best among the Southeast’s saltwater-tournament teams – annually kicks off in West Palm Beach, and tracks south to Miami in mid-January and then to Fort Lauderdale in late February; it culminates at the end of April in Key West.It’s a southerly tournament route that follows the movement of Atlantic sailfish as they migrate from the Carolinas and along the east coast of Florida, and a route that Ward is familiar with.

“We’re right at the start of our sailfish season,” says Ward, a longtime Mercury pro-staffer based in Pompano Beachm which is located at the heart of “Sailfish Alley” roughly halfway between West Palm Beach and Miami. “We haven’t had enough good cold snaps yet to really get fish to start moving down in waves from Georgia and the Carolinas, but we’ve had some trickling in. It won’t be long before we’ll have 10 fish in the spread, but for now we’re still kinda ‘spot-hopping’, looking for fish.”

Crescendo had fished accordingly on Day 1 of Operation Sailfish, heading south out of the inlet to the waters off Mar-A-Lago estate, where several of the tournament’s 47 boats congregated. Results were scratchy: the team registered only two successful sailfish releases and ended the day in 18th place.

On Day 2, Ward instead veered north out of the inlet and headed almost directly into a 25-mph northeasterly wind, bound for nearby Juno Beach. Anticipating a northern movement of sailfish swimming against the south-moving current to feed, the Crescendo crew braced for a rigorous day of battling 6- to 8-foot seas and rain.

It proved to be the decision of the weekend.

“We had a hard south current, and right as we put lines in, we saw a ‘flopper’ heading north,” Ward says. “We knew we were keyed into the right area.”

The Crescendo worked that area hard through the day, power-drifting google-eyes and blue runners on kites off the back of the boat, which stuck out 135 to 145 feet of water. The bite started with a triple, followed by a couple of singles and another triple. By the end of the day, the Crescendo had gone 8-for-10 to leap from 18th to first, claiming the military-themed event’s dogtag hardware and a cash payout of over $239,000 (with calcuttas).

“Once you figure out the depth zone the fish are in, it’s important to stay on that depth,” Ward said. “The nice thing about those Verados is that they’re totally silent, and once you’ve set the SmartCraft Digital Throttle & Shift where you want it, you really don’t have to mess with it. You can get on the track you want and stay on it. You might have to throttle up and back just a little bit, but you really can’t beat those motors. And if you ever have to move on fish, there’s no other four-strokes that have that super charger. You just tap the throttle on those Verados and you get right to the fish.”

NOTES
Operation Sailfish’s final pre-tournament practice day is also “Take A Hero Fishing Day”, where tournament boats host military veterans, soldiers wounded in action, and active members of the military … Crescendo registered six sailfish releases that day to claim the day’s top … Crescendo owner Charlie Greenberg donated $5,000 of the boat’s winnings to Operation Homefront, a national nonprofit that assists military families in need … the next event in the Quest for the Crest is the Sailfish 400 (Jan. 11-15 in Miami) … full results and schedules can be seen at www.questforthecrest.com

Casey Ashley remembers the moment – more precisely, the feeling of the moment – like it was yesterday: Feb 22, 2015, at the Green Pond launch on Lake Hartwell, South Carolina. Low clouds and a light, misty rain hovered over the final-day ...

“Big Angry Fish” television show taps into big New Zealand fish (and audience) TAURANGA, New Zealand – Weaving a 7,800-mile course between the Tasmanian Sea to the west and the Pacific Ocean to the east, the coastlines of the two ...