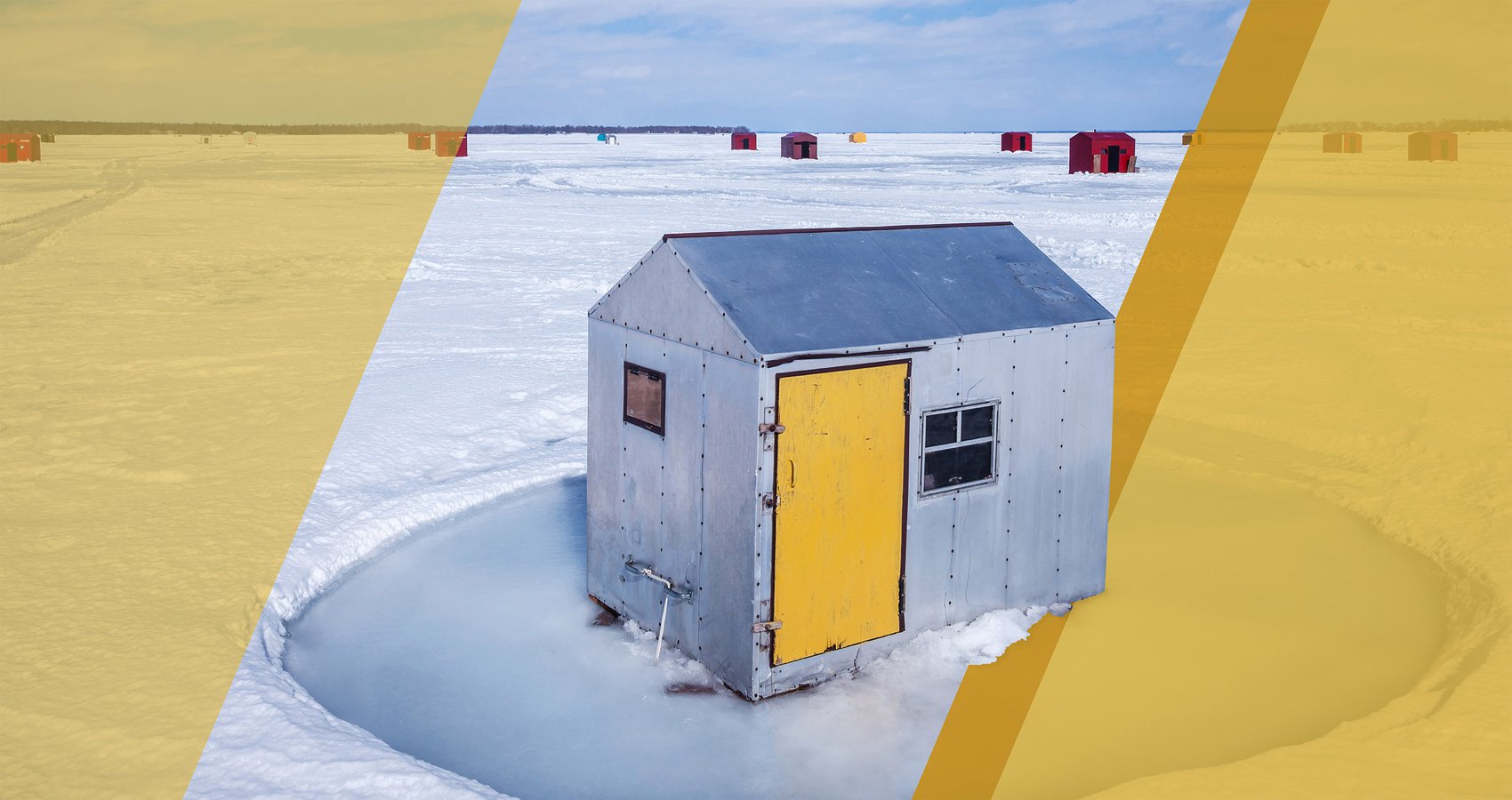 On the morning of Feb. 4, 2021, dozens of anglers were settling into their shelters atop the waters of Bay of Green Bay off Door County, Wisconsin, to enjoy the time-honored Upper Midwestern tradition of ice fishing. Suddenly, at about 9 a.m., people started noticing a big problem: A huge section of ice had broken free and was drifting north due to high south winds and an unusually strong current. More than 60 anglers were suddenly adrift with no way to get back to shore. 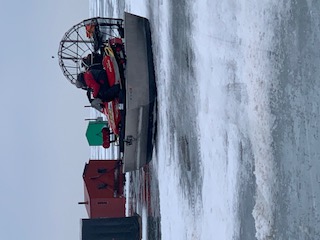 While this might sound like a comical misadventure, it most certainly wasn’t. The temperature was well below freezing, and the wind was gusting above 30 mph. The ice was moving fast and in danger of breaking up into smaller and smaller pieces, leaving the castaways at risk of frostbite, hypothermia or drowning.

Fortunately, rescue crews in that part of the world are well versed in dealing with such developments, and they sprang into action. Local municipalities deployed airboats to the scene, fighting a stiff chop and strong winds to get the flat-bottomed crafts to the drifting floe. While airboats are more commonly seen in southern swamps, they are also used in northern areas for rescues because they can skim across ice or open water. Meanwhile the U.S. Coast Guard Air Station in Traverse City, Michigan, located some 90 miles to the east on the opposite shore of Lake Michigan, sent two rescue helicopters to assist. They quickly began plucking anglers from the ice with emergency rescue slings.

Not to be left out, guides and anglers who weren’t stranded did their part as well. Mercury Pro Team angler Dale Stroschein has operated his Wacky Walleye guide business in the area for nearly four decades, and he was among the locals to take swift action to get people and equipment back to safety. Stroschein had about eight clients fishing that day, and about a dozen fishing shanties on the ice, so he and his team immediately brought their anglers back to land and started towing in the shanties in case more ice were to break free. They also assisted anyone else they could, making multiple trips to and from the shore, hauling people and towing equipment until the entire section of still-attached ice was clear. Stroschein then shepherded some local television crews onto the ice so they could adequately cover the event without putting themselves or others in any additional danger.

In all, the Coast Guard helicopters pulled 66 people to safety with no major injuries or loss of life, and it was done with no time to spare, according to Stroschein.

“The ice beyond the fault line was only about 6 inches thick, and it was breaking up pretty bad in that wind,” he said. “I heard reports of people standing in water up to their mid-calves while they were waiting to get rescued.”

Stroschein said a fault line forms almost every year in that particular area, just a couple of miles offshore of his Sand Bay Beach Resort and Suites. It forms due to prevailing currents and weather patterns, and he knows from personal experience how quickly the ice can separate. 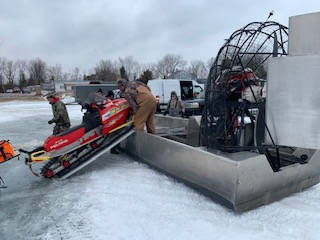 “About 12 years ago I lost a bunch of shacks – along with everyone else – when this happened at night,” he said. Fortunately, there were no people on the ice at the time. “One of the keys to staying safe out there is to learn from situations like that. This is why I’m very particular now about where I go and what I do with my clients.”

Stroschein said he was told that nearly all the gear left on the drifting ice after the rescue was eventually recovered when the floe mated up with other shore-connected ice across the bay.

For those who are unfamiliar, ice fishing is a popular Midwestern pastime. Once the ice is deemed thick and stable enough, anglers often venture out on foot with portable shelters. As the ice thickens, they gradually step up to using ATVs and even trucks, and temporary shelters are often upgraded to more comfortable ice shanties that get left in place throughout the heart of the season.

Ice anglers regularly deal with harsh conditions, and on the worst days a loss of situational awareness or even just bad luck can set in motion a chain of events like what occurred on Sturgeon Bay.

Despite the scale of this calamity, and the notoriety that comes with making the national news – Stroschein himself was interviewed by ABC’s “Good Morning America” the next day – Stroschein said he doesn’t see this deterring people from ice fishing to any measurable degree, and the veteran guide hopes it serves as a teachable moment for ice anglers everywhere.

“People are always asking me how safe the ice is, and I always tell them the same thing: Ice is only as safe as each angler makes it,” he said. “People will say that ice is never safe, and I kind of see their point, but really it all comes down to your knowledge and understanding. If you understand ice, you can definitely make it safer.

“The key to all this is to learn from others, from their unfortunate incidents and/or yours. I would never sleep again as long as I live if something happened on my watch.”