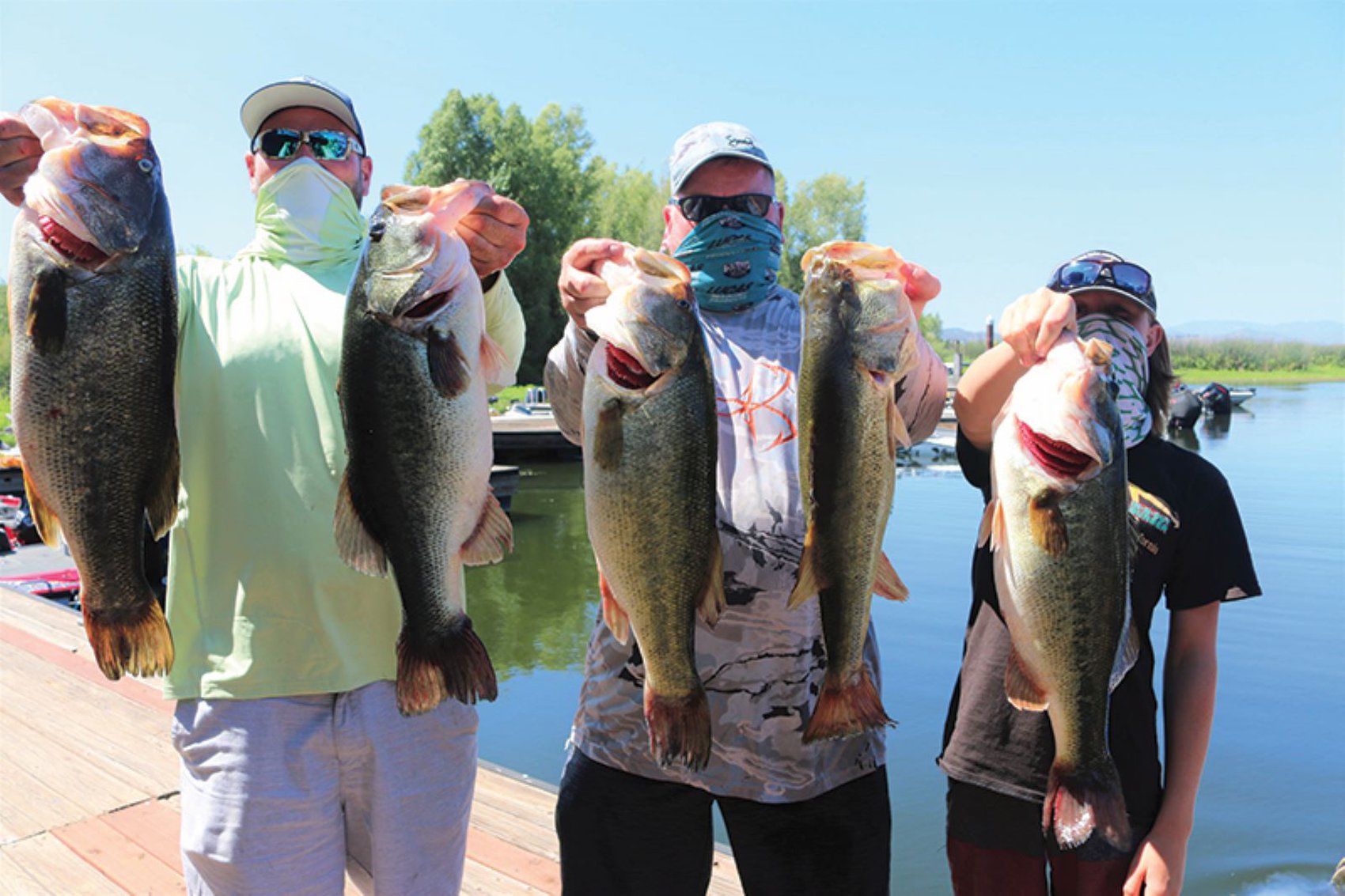 The eighth annual WON BASS California Open will be remembered for the challenges it presented to the West Coast’s top bass anglers. Originally scheduled for April on the famed big-bass fishery of Clear Lake in northern California, the three-day tournament was delayed until July 22-24 due to the COVID-19 pandemic. 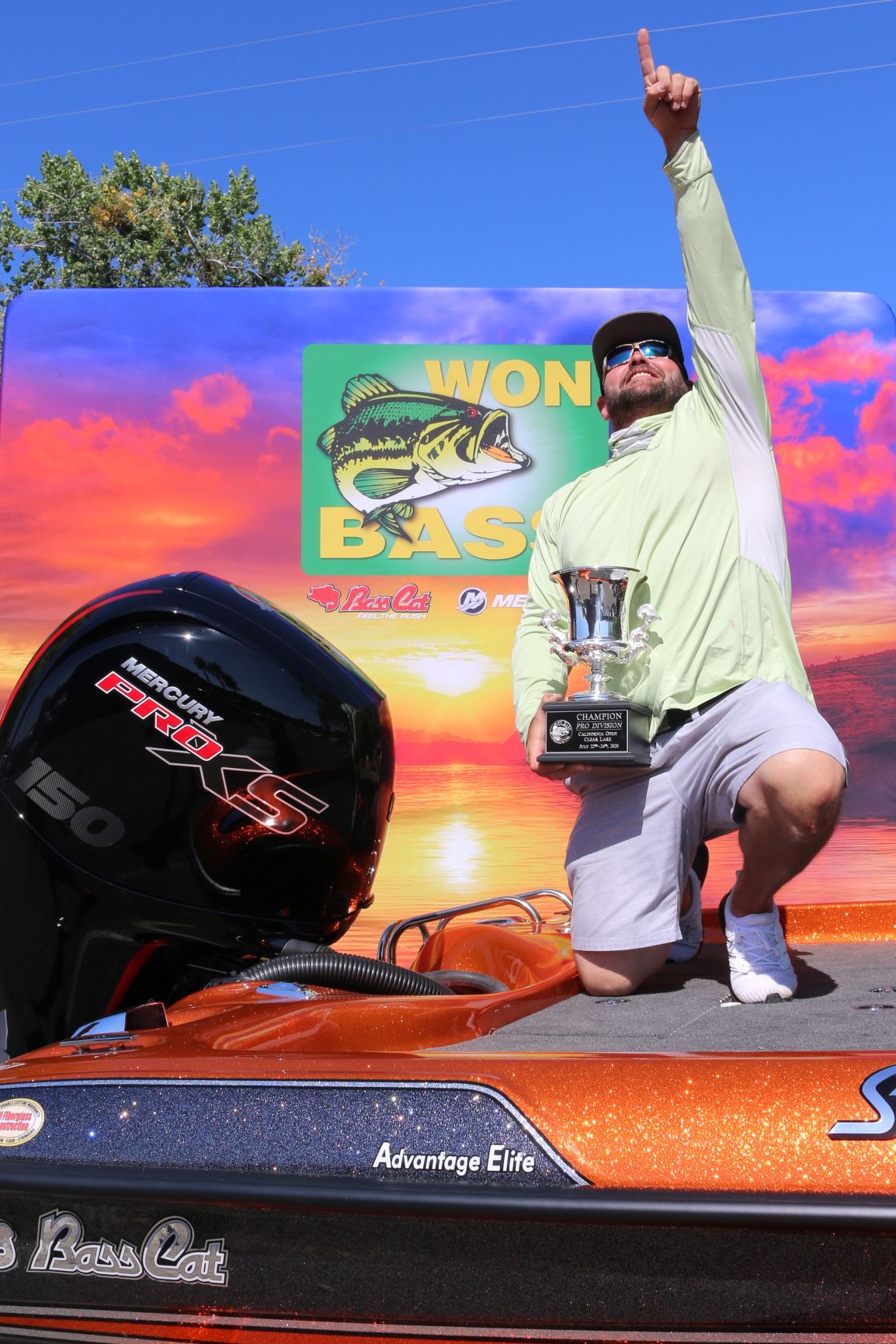 Midsummer tournaments are often challenging, but at Clear Lake anglers not only had to deal with summer temperatures but also a shortened tournament day – California mandates a six-hour tournament time limit during the summer – heat-induced algal blooms and lower oxygen levels in the lake.

At the end of three days of competitive fishing, Bub Tosh of Turlock, California, hoisted the winner’s trophy with an impressive tournament total weight of 79.34 pounds (Note: The California Open was a shared-weight tournament, where the pro and co-angler weighed a combined catch each day.). He earned a $67,500 prize package that included a Bass Cat Sabre FTD boat equipped with a Mercury 150hp Pro XS.

Tosh bested the ﻿160-boat field with ease, finishing more than 11 pounds ahead of his next closest competitor. But even more impressive was that Tosh, who runs a Mercury Pro XS outboard, weighed in nearly 80 pounds with just 15 fish in the middle of summer, which shocked many people who are familiar with Clear Lake.

It shouldn’t be that surprising, however. Tosh is no stranger to Open success or overcoming the obstacles of a hot-weather tournament. In 2018, he became the WON BASS U.S. Open champ at Lake Mead — a Nevada-Arizona border reservoir where the heat can take out an unprepared angler. He also thrives on the bass hunt in hot weather, mainly due to his expertise at punching heavy cover with heavily weighted Texas-rigged soft plastics. Tosh is known for the punching technique and has developed a variety of tackle to do it, including signature rods, hooks, weight stops and skirts. That expertise has helped him to finishes of sixth, fifth, second and now first place at California Open events.

This time, Tosh caught fish while punching with several Gary Yamamoto Custom Baits soft plastics, including the Mermaid, Cowboy, Ika, Flappin’ Hog, Kreature and Sanshouo, which he designed for Yamamoto.

“This year, it wasn’t specifically about which bait (I used),” he said. “It was more about the action of the plastics. In the morning, it had to be dead or stiff, and in the afternoon, it had to have action. It had to be moving. When I say moving, I mean the appendages had to have fluctuation, so that was when the Mermaid and Cowboy-type plastics were in use. In the morning, with that needed stillness in the presentation, it was the Sanshouo or Ika.”

Tosh noted that even though he found crawfish in his livewell, the fish weren’t eating colors that matched the local craws.

“I had to stay with the black and blues — bluegill colors,” he said. “June bug, mowed grass, sprayed grass – that was really all that was working for me.”

His punching setup included a 4/0 hook and 65-pound-test braided line. 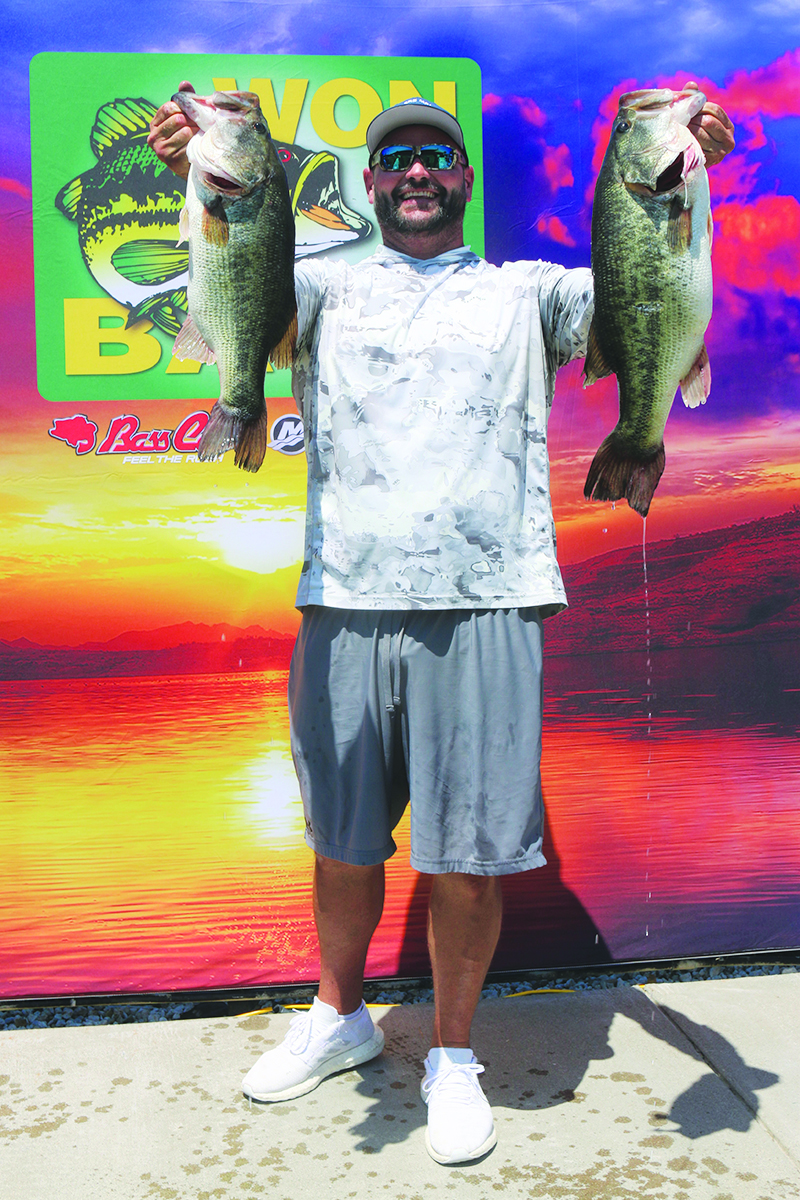 Most of Tosh’s fish came from shallow grass up to a foot tall. He said he watched his line on the drop, reeled down and got ready for the hookset while the bait was sinking. Bites tended to come as soon as the bait made bottom contact.

Afterward, Tosh recalled the “punch-fest” that went on during the final afternoon.

“My (co-angler), Dave, caught a 7-pounder, so we were culling,” said Tosh. “He picked up the ‘small’ one, looked at me and said, ‘I don’t think we can throw back a 5-pounder, can we?’ I asked him why not? But, it’s one of those things where you have to wrap your head around the fact that you don’t need a 5-pounder. Now, that’s a good feeling.”

When reflecting on his most recent win, Tosh credited luck, God and time of year for his success.

“When you’re out there, watching God’s sun, and that feeling comes over you, you just know,” he said. “You know it’s yours to take.”

2020 WON BASS competition races to the finish with the Oct. 12-14 U.S. Open on punishing Lake Mead near Las Vegas. Pro entries for the U.S. Open sold out in January, but you can get more information about competing as a co-angler at wonews.com/product/u-s-open-october-12th-14th-2020-at-lake-mead