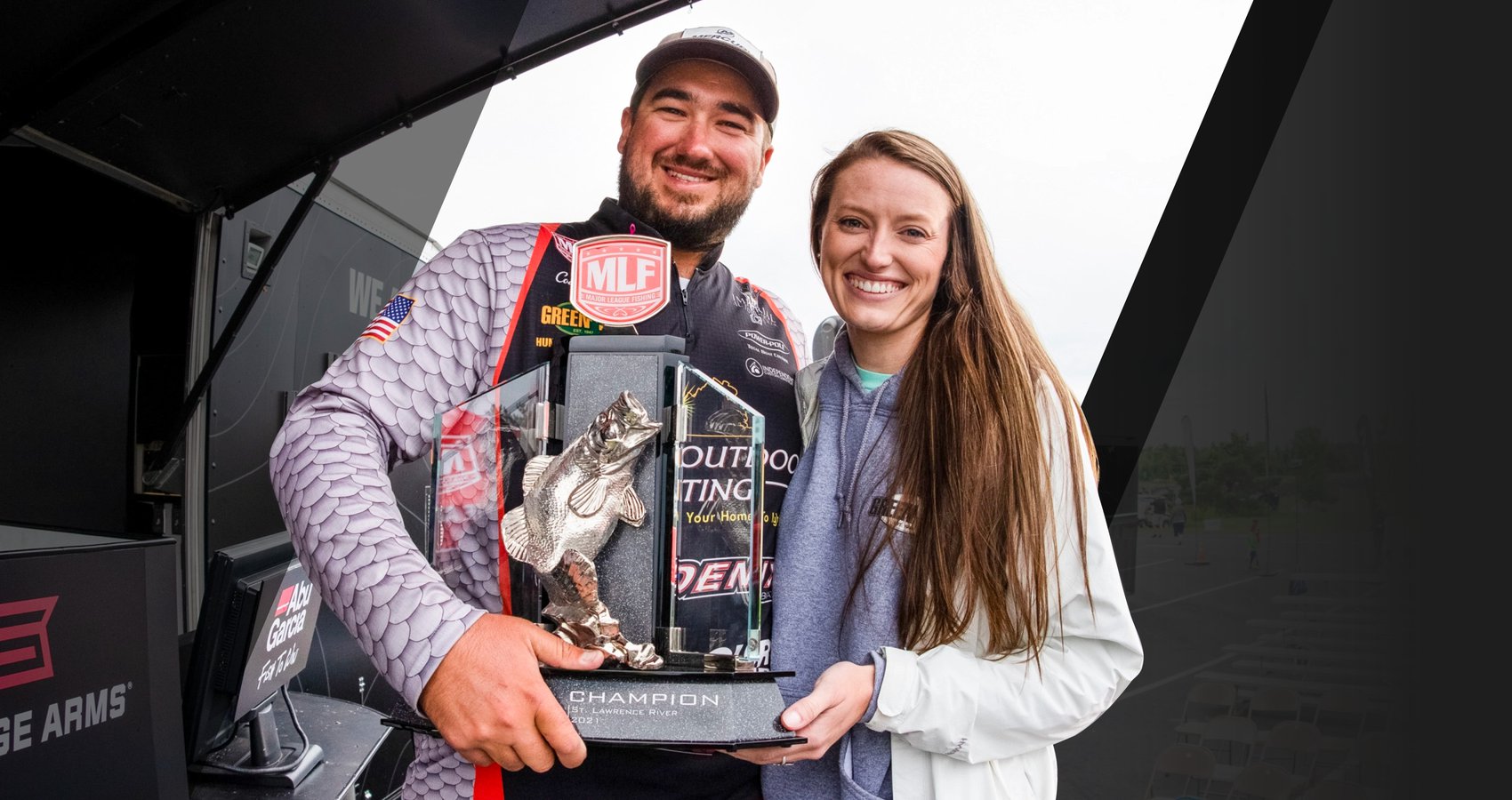 The MLF rookie from Powhatan, Virginia totaled a whopping 82 pounds, 12 ounces of bass in his four days of competition. Pike finished on top by a close margin of just 1 pound, 12 ounces, giving him the top price of $135,000 including a $35,000 Phoenix MLF BIG5 Bonus. 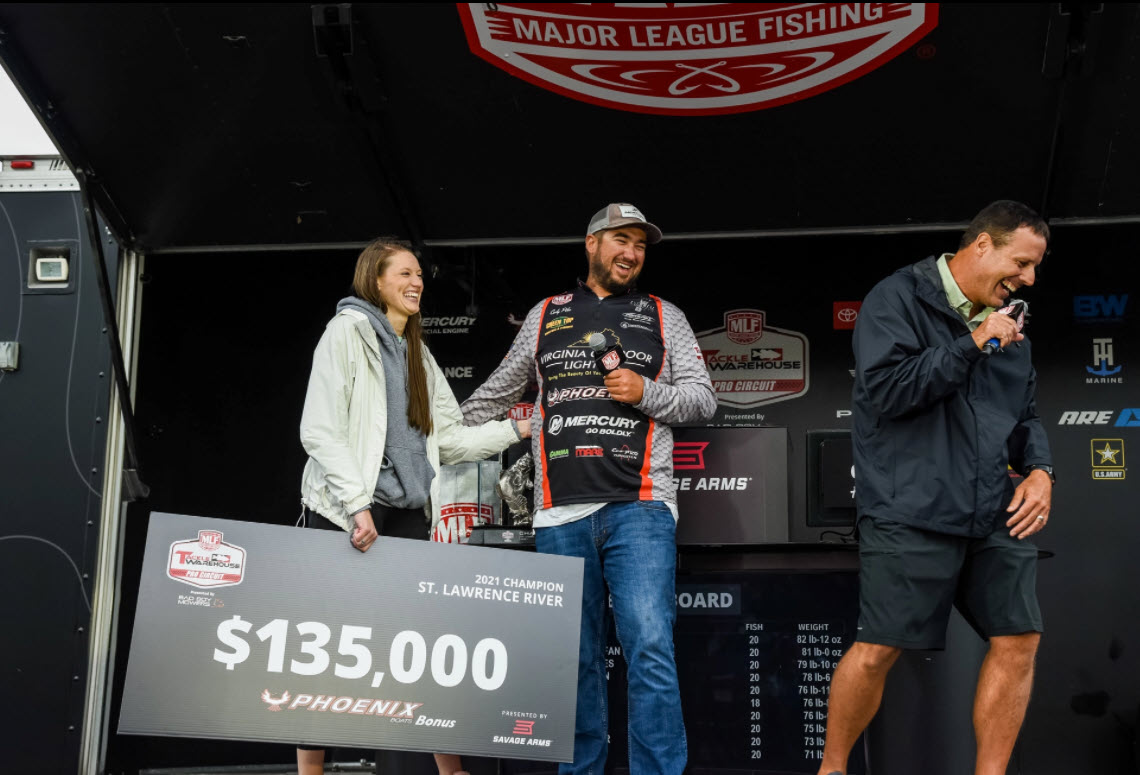 “I honestly didn’t think I had a chance to win,” Pike said. “The guy leading (Stefan) had a 7-pound lead, so I thought we were all fishing for second place. We didn’t think that he was going to stumble, so it was a huge surprise.”

Pike, having dreamed about fishing professionally since he was a young boy, qualified for the pro circuit through the Toyota Series last year and didn’t quite know how to put the feeling of his first win into words.

“It felt like something I’ve never felt before. A feeling that you work your entire life to have and for many people it’s a dream feeling that will never come true, but to stand up on that stage knowing that this dream had become a reality for me is a feeling I will never forget or take for granted.

“Like I remember looking at it as a kid and thinking, ‘man I want to be like that guy, he gets to go fishing for a living,’ before I ever really knew what a living was. And now I can say that I get to do what I’ve always wanted to do. And you don’t do this sport for the money, you do it because you love it. It’s a dream come true, I’ve tried to make it here for so many years.”

If Pike were asked, he’d say that though he loves to catch smallmouth, he’s a much more experienced largemouth angler, so his expectations going into Massena were relatively low, but he was laser-focused from the moment he got to the smallmouth fishery for practice, knowing anything could happen.

Leading up to the St. Lawrence event, Pike had a strong rookie season and was sitting 44th in Angler Of the Year points.

“My main goal was to make it to championship day. To do this, I knew I had to find an area that I felt confident I could catch roughly 16 pounds consistently. We all believed that would be what was needed to have a shot at winning.”

Pike found an area that he would later rely on for his winning bags of fish. He caught most of his fish off of rock piles about the size of his boat on a drop shot.

“I mostly fished shoals and rock piles this week. If I didn’t get a bite on the first cast, I would just move to the next rock pile. I probably had 40 to 50 spots that I found during the tournament because once I knew I had a good bag of fish, I would just go fishing and look around. This helped me a ton.”

However, to find and fish these spots, Pike would have to gamble on fishing time and put his trust into his Mercury 4.6L V8 250hp Pro XS.

“The only area I figured would produce the fish I needed was a long ways away. I was running about 75 miles one way to get to the spot. It was a mix of factoring in both run time and fishing time as well as gas, but at the time I had no other choice but to make that long run and it paid off because it seemed to get better and better each day.”

Having a history of running Mercury, Pike had confidence that he would get to his spot and back with no issues.

“I’ve been running a Mercury motor since 2016 and the first boat I ever owned at 16 years old had a Mercury on it. And you know, making that long of a run in a competitive setting, you have to count on your equipment, there’s no way around it. Sometimes you can’t control when stuff happens, but having that Mercury back there allows me to not worry about that.”

With the win, Pike finished his strong rookie season in 27th place in AOY points. And Pike isn’t finished yet. He gets the chance to compete for $200,000 against the other top 50 anglers in the Tackle Warehouse TITLE presented by Mercury on August 17-22. The anglers will be fishing the Mississippi River out of La Crosse, Wis., and will have a hybrid format featuring five-bass limits as well as rounds and zeroed weights.

Keep up with all the TITLE action on Major League Fishing’s website majorleaguefishing.com.