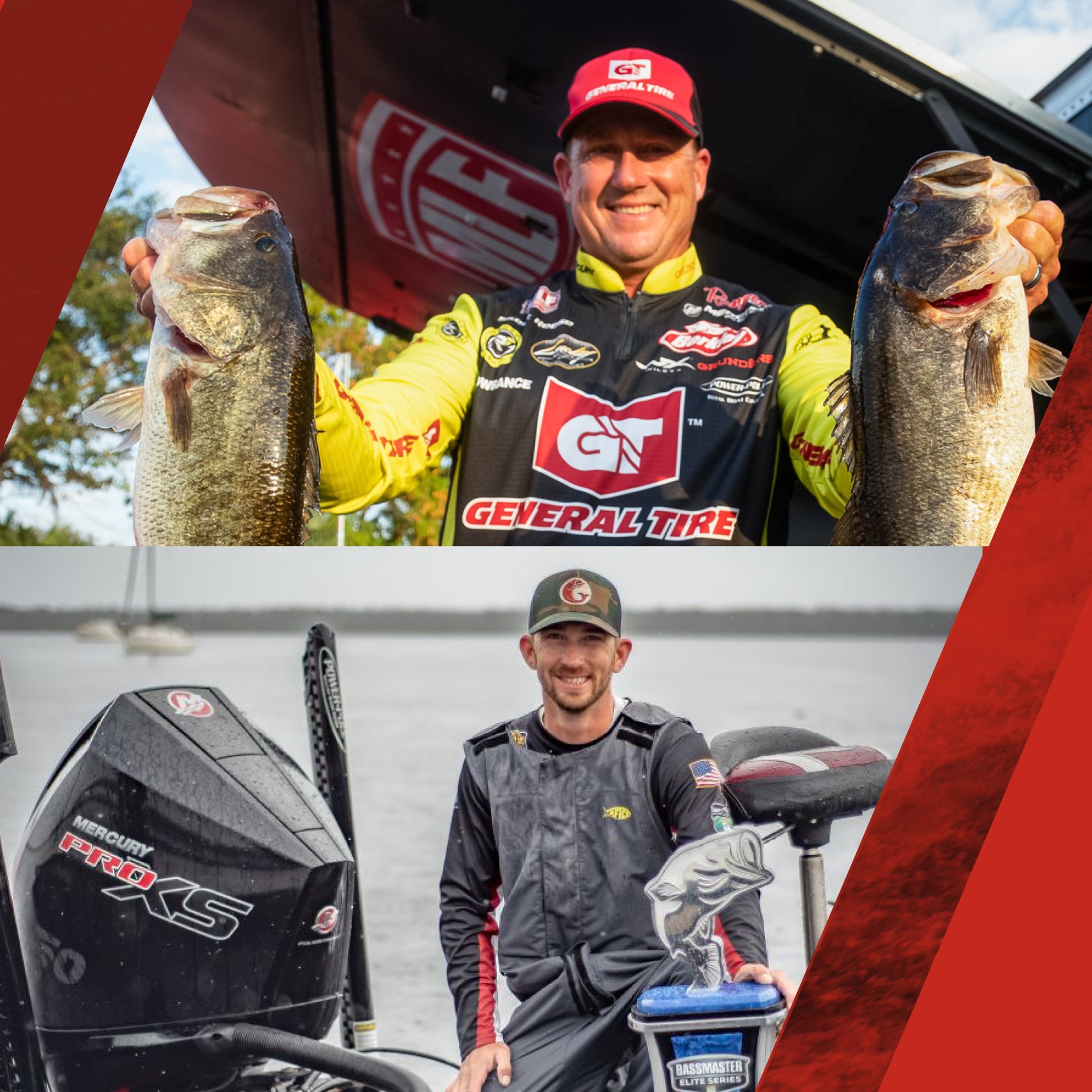 While the two victorious pros celebrated wins on stage on the same day in the Sunshine State, they are at opposite ends of their professional fishing careers. Reese, 51, has fished more than 250 professional-level tournaments. New, 30, is an Elite Series rookie who’s fished only nine Bassmaster tournaments overall. The Belmont, North Carolina, pro enjoyed tremendous success at lower levels on his way to the pro ranks, where he became only the second Elite Series rookie to win his debut event. Mercury Pro Team member Derek Remitz of Grant, Alabama, was the first to do it back in 2007 at Lake Amistad. 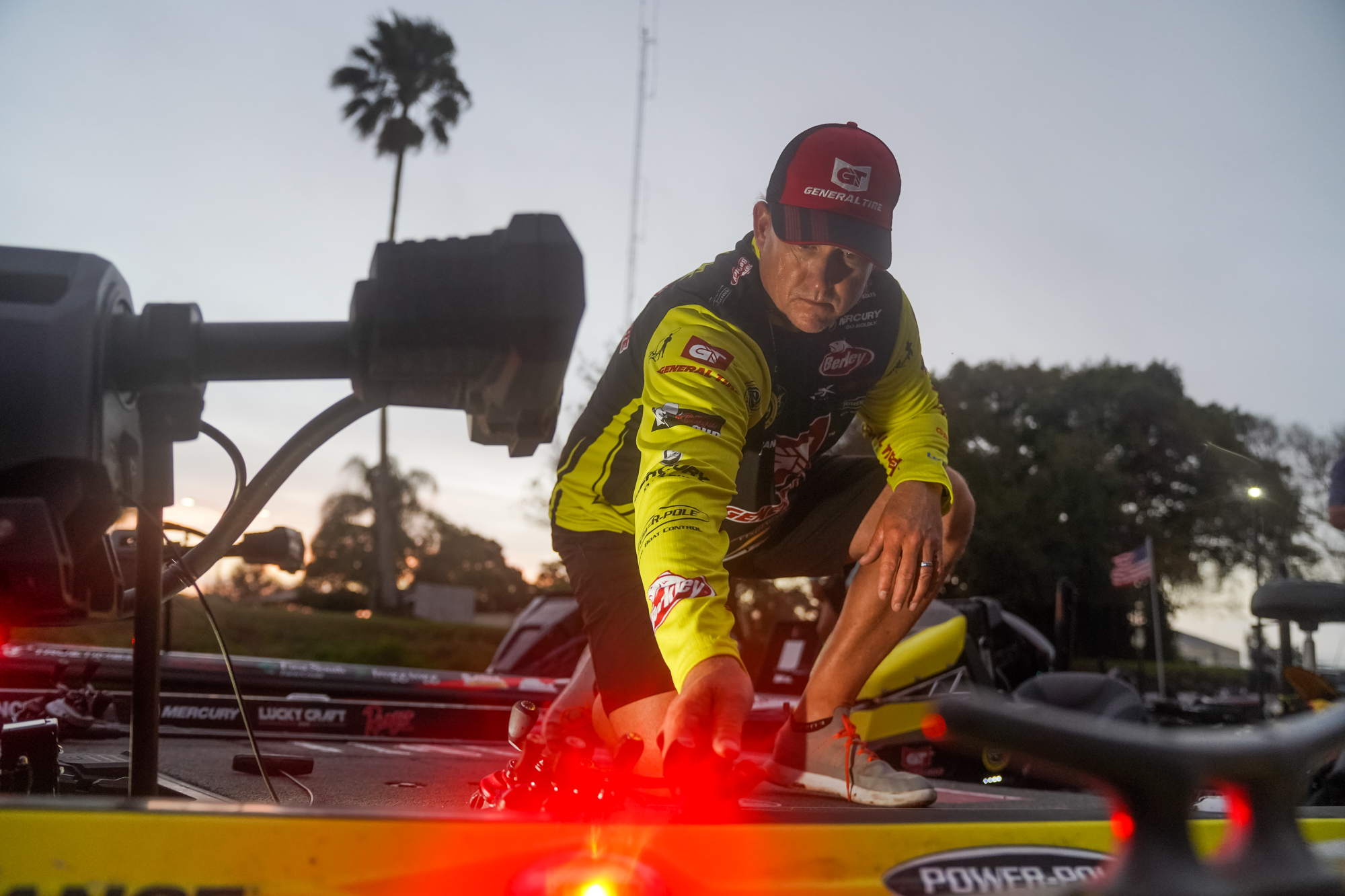 For Reese, this win was a return-to-form moment. Throughout his career, the Auburn, California, pro has earned 10 career victories, a Bassmaster Classic title (2009) and Bassmaster Angler of the Year title (2007), as well as a spot in the 2011 class of the California Outdoors Hall of Fame. He was in a bit of a dry spell, though. His last win was an Elite Series victory on Lake Guntersville in 2015.

“This feels really good,” said Reese. “I’ve had some tough fishing the last few years, and to be able to come back and win, it is the recognition that my new mindset and hard work paid off. Everybody who fishes tournaments does it to win, and to be able to do it against this level of competition, with this big of a field, it’s priceless.”

How They Did It

Reese milked one primary area in Lake Okeechobee’s South Bay for the entire event. He mixed up his approach each day and alternated between two key lures – a 6-inch soft-plastic stick bait from Berkley called The General and a green pumpkin vibrating jig.

“The first day, I was focusing on the isolated clumps of reeds that were a little deeper,” he said. “I started targeting water that was 4 feet deep because all of the shallower stuff was getting so much pressure. I stayed out a little farther from the bank on the isolated pencil reeds and caught a few good ones the second day by pitching The General on a 5/0 hook with a 1/4-ounce weight on 25-pound-test Berkley Trilene 100% Fluorocarbon.”

On the second day, Reese stayed off the dense reeds and was able to catch a 21-pound bag that included the day’s biggest bass, an 8-8 giant.

Reese turned to a vibrating jig with great success on the final two days.

“It got too windy and made it hard to flip and pitch The General,” he said. “I also think it moved some of those fish out a little deeper. [The final day], it seemed like every big female was set up out in the open.”

On Sunday, Reese weighed in five bass for 27-9, which was more than 7 pounds heavier than the next-best limit that day and the heaviest limit of the entire Okeechobee event.

“I maximized what little I had and fished it all four days,” Reese added. “I was trying to be in an area and get as many bites as I could. I never thought I was on the winning fish this week. I’m a believer that everything happens for a reason.” 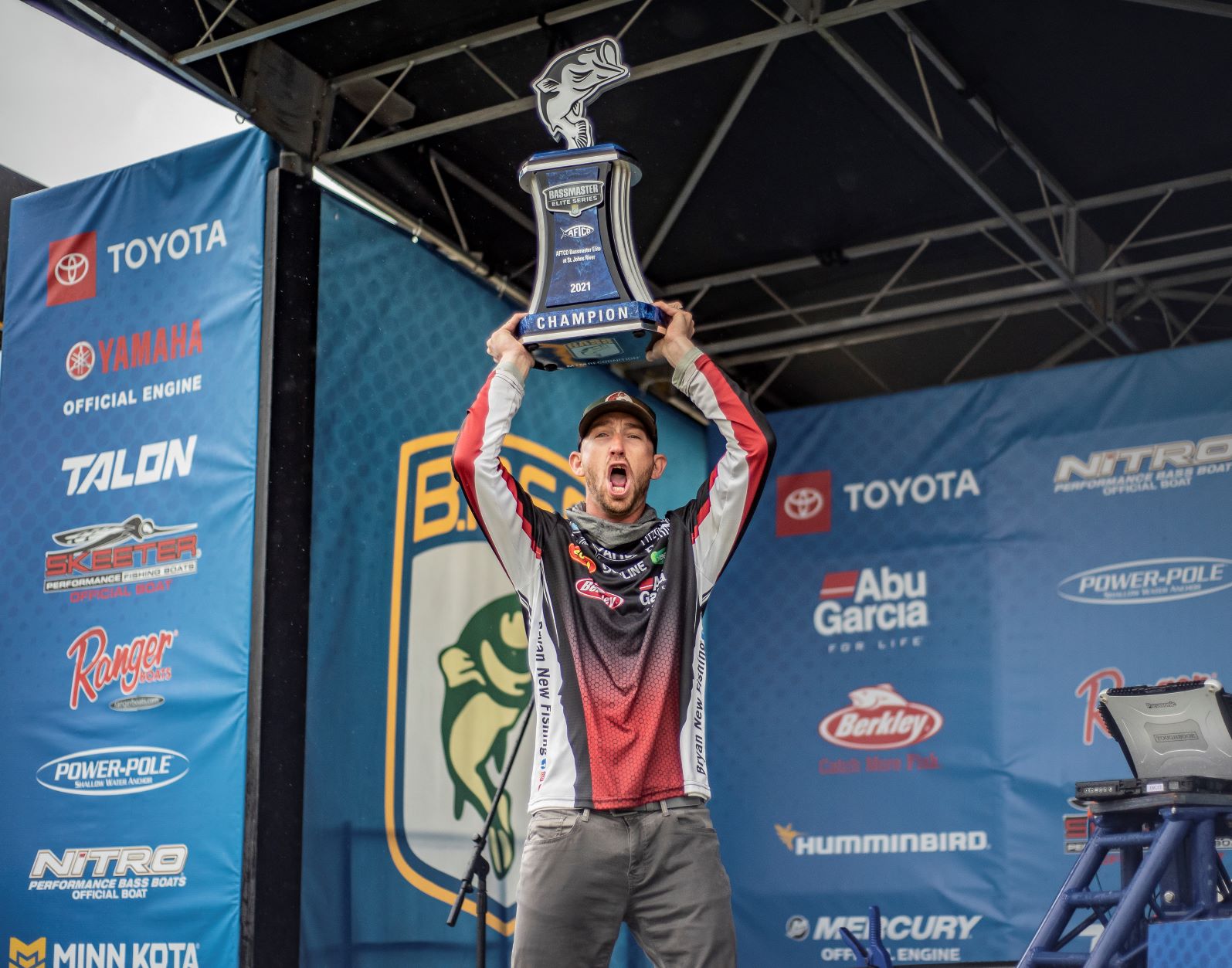 New caught most of his fish on the St. Johns River out of isolated lily pads. The pads that produced the bulk of his weight were located at the lower end of Lake George, a solid hourlong run from the Palatka takeoff location. He fished a 5-inch black and blue Zoom Zlinky worm Texas-rigged on a 5/0 Berkley Fusion hook with a 1/8- or 1/4-ounce weight.

“I fished dense pads too, but I definitely liked the sparse pads for multiple reasons,” he said. “First, on an isolated target, it’s easier to pick out where the fish are sitting, and they have more light penetration. That’s important for the spawning fish I was targeting.”

The key, New said, was a meticulous presentation that maximized every aspect of his target area.

“I’ve always heard that slow and steady wins the race,” New said. “That’s not always my style, but I can do it.”

Following the day three weigh-in, New said he’d approach Championship Sunday focused on getting the big bites. On Sunday, he caught four bass in the 5-pound class and another that weighed more than 4 pounds. His total five-fish limit of 26-4 was more than 9 pounds heavier than the next-best limit.

New and the rest of the Elite Series anglers will compete in their next tournament Feb. 25-28 on the Tennessee River (Fort Loudoun Lake) in Knoxville. It’s the second time Knoxville will host a Bassmaster event. The first was the 2019 Classic won by Mercury Pro Team member Ott DeFoe. DeFoe will be competing that week in MLF’s second REDCREST championship event on Lake Palestine in Texas. REDCREST runs Feb. 22-26.

Reese will be back in action at the next MLF BIG5 event on Smith Lake in Cullman, Alabama, March 11-14.