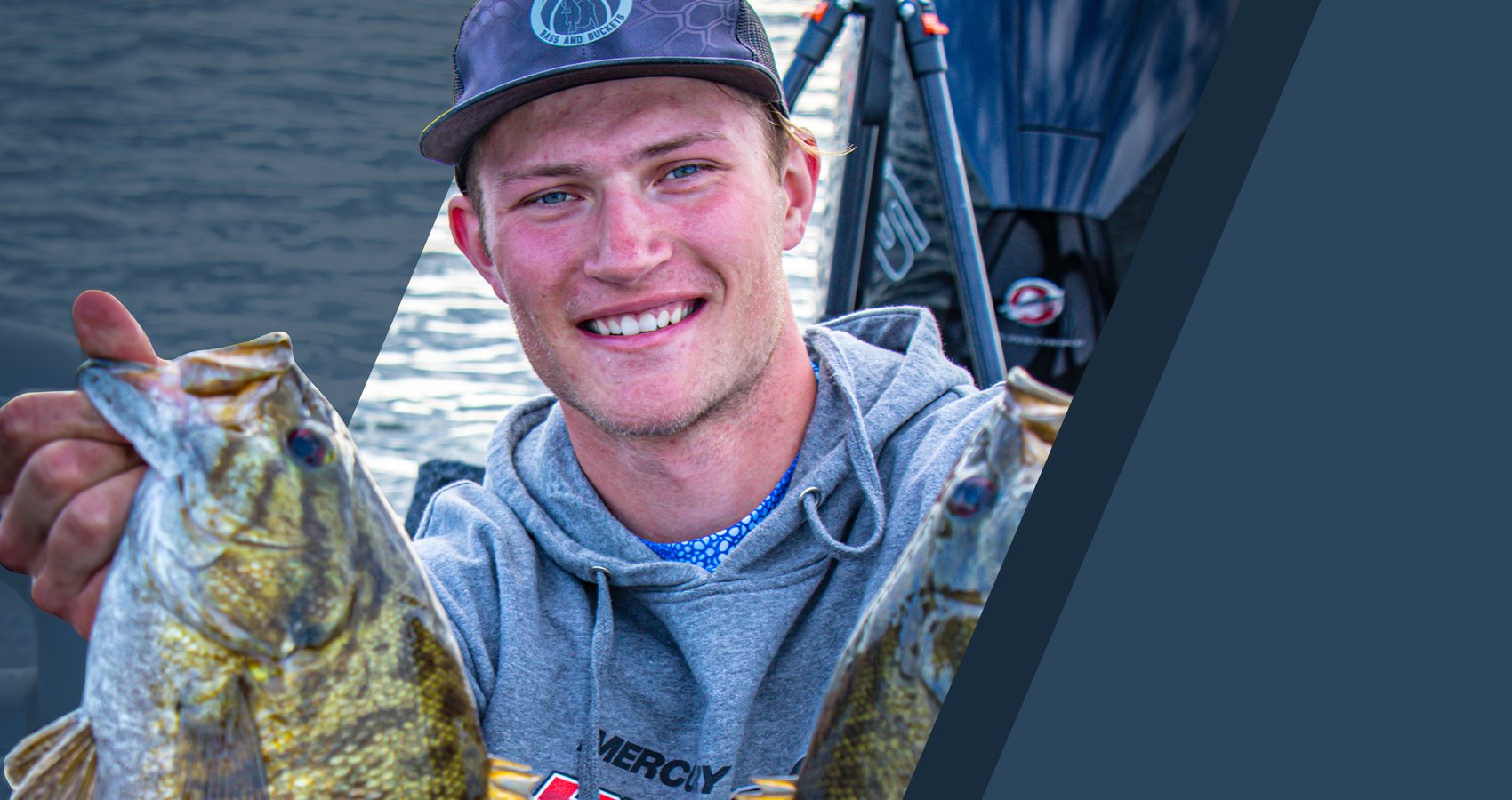 Basketball and bass fishing are two sports not often discussed together. Unless you’re having a conversation with Luke Loewe, that is.

Loewe, 24, is a student-athlete at the University of Minnesota, where he’s working toward a master’s degree in sports management while playing guard on the Golden Gophers basketball team. A Wisconsin native, Loewe is also an accomplished angler, with an impressive youth tournament fishing resume and a YouTube channel called Bass and Buckets, where he documents some of his fishing adventures. It’s safe to say basketball and fishing are Loewe’s core passions, and he’s exceptional at both.

Prior to joining the Golden Gophers team, Loewe played four years at William & Mary in Virginia. He earned a degree in kinesiology while starting every game at guard his final three years on the Tribe basketball team. Loewe was even selected as the team MVP his senior season, when he averaged 16.2 points per game.

Now, Loewe is taking full advantage of the NCAA’s fifth year of eligibility due to COVID-19 to pursue his graduate studies and continue his basketball career in the Big Ten Conference. He’s started at guard in every game this season, averaging 8.3 points a game through the first 23 contests.

But there’s more to his decision to return to the Upper Midwest than simply hoops and school. For Loewe, there was also the opportunity to fish in the Land of 10,000 Lakes.

It’s a good fit for Loewe, who has roots in the region. His family lives two minutes from the Mercury Marine factory in Fond du Lac, Wisconsin, just a four-and-a-half-hour drive from the University of Minnesota campus. Loewe starred on the Fond du Lac High School basketball team in his senior season, after moving from Ripon, Wisconsin. His grandfather, Bill Belongia, even worked in the Mercury factory for 20 years.

As a young athlete, Loewe’s love for competition really took off in Wisconsin, including in the angling community. Luke and his dad, Jason, fished bass tournaments together when Luke was growing up. Then in 2013, at age 14, Luke won The Bass Federation (TBF) Wisconsin State Championship in the 11-14 age bracket. He then bested the rest of the state champions at the National Championship held on Caddo Lake in Louisiana.

However, tournament fishing would have to take a backseat to hoops for the next season of Luke Loewe’s life.

“Once I got to high school, I got away from fishing due to not having time,” said Loewe. “My time was mainly given to basketball, practicing long hours and traveling with my AAU team. I didn't fish my first couple of years at William & Mary in Virginia, and I kind of got away from it. I mostly only fished back home during the summer in Wisconsin.

“Our coach my junior and senior years (at William & Mary) understood me very well. It sounds weird, but he knew the more I went fishing, the better I played. It helped me relax and clear my mind. Fishing was a separate space away from the court. My coach told me, ‘During our off days and downtime, you need to go fishing. That clearly helps you.’ It did, too.”

With more emphasis on fishing once again, Loewe recently bought his first boat, which, of course, is powered with a Mercury outboard, and he plans to fish his first collegiate bass tournaments this spring.

“At that point, I will no longer be an NCAA athlete, once our basketball season ends, and I'll compete on the Minnesota fishing club,” he said.

Loewe was careful to schedule his first tournament after the college basketball season. The 2022 NCAA Final Four is the first weekend of April. Loewe and his Minnesota teammates are signed up for a full array of events over the spring and summer, beginning with Major League Fishing’s Abu Garcia College Fishing Central Conference tournament on Table Rock Lake in Missouri on April 8.

“I think we will be OK timing-wise,” he said. “I think that’s giving us enough time after the season, but we will see.”

Competing in the NCAA Final Four is the dream for most Division I basketball players, and Loewe is no exception, but he also has fishing goals.

“It has always been my dream to fish a college season,” Loewe said. “I’ve been playing basketball since fourth grade, and it’s going to be weird when basketball is over. My mindset is if I just go and get a job after college, I will regret it. This way, I won’t have any regrets having not fished right after college.”

Despite playing in front of thousands of fans in Division I basketball arenas around the country, kicking off a collegiate fishing career with a major tournament might understandably come with a few nerves.

“I do think about that,” Loewe said. “I'll be more excited, most likely. In my mind right now, I feel there will be less pressure in a fishing tournament, out on the boat with just my partner, instead of being in a Big Ten arena in front of thousands of fans.”

Loewe grasps that dealing with pressure and overcoming adversity the rest of his life will probably be easier having run the gauntlet of college athletics.

“Basketball has taught me a lot about the mental side (of competition),” he said. “Both of these sports are so mental – staying confident, keeping your head right through adversity. I learned a lot of lessons from basketball that have helped in fishing tournaments, and vice versa. The similarities between losing a big fish and bouncing back, and having a bad first half or missing my first few shots of the game and being able to come out in the second half and not be out of the game mentally; fishing and basketball line up. They feed off of each other for me.”

So, where is Loewe’s head as the final stretch of his basketball career plays out and his college fishing career begins? When asked what comes to mind when he hears the word “net,” he was quick to reply.

“I immediately think of ‘get the net,’ as in I hooked a big one in a tournament.”

“Pointer. Right now, but that could go both ways. Come spring, I will be thinking a lot more about a 3-pounder.”

And what comes to mind when someone mentions an early morning wake-up call?

“Hopefully, we’re going fishing,” Loewe said. “When we have to get up early for basketball, I have to set multiple alarms. But I can jump right out of bed to go fishing. I love getting up early for that.”

Quick poll: How many fish species have you caught in your lifetime? Three or four? More than 10? A couple dozen? In the mind of Mercury Pro Team angler Luke Clausen, that number may directly correlate with how close you ...