How to Bring an Old Boat Out of Retirement

Helpful advice for resurrecting a boat from long-term storage.

How-To On the Water Gear & Tech 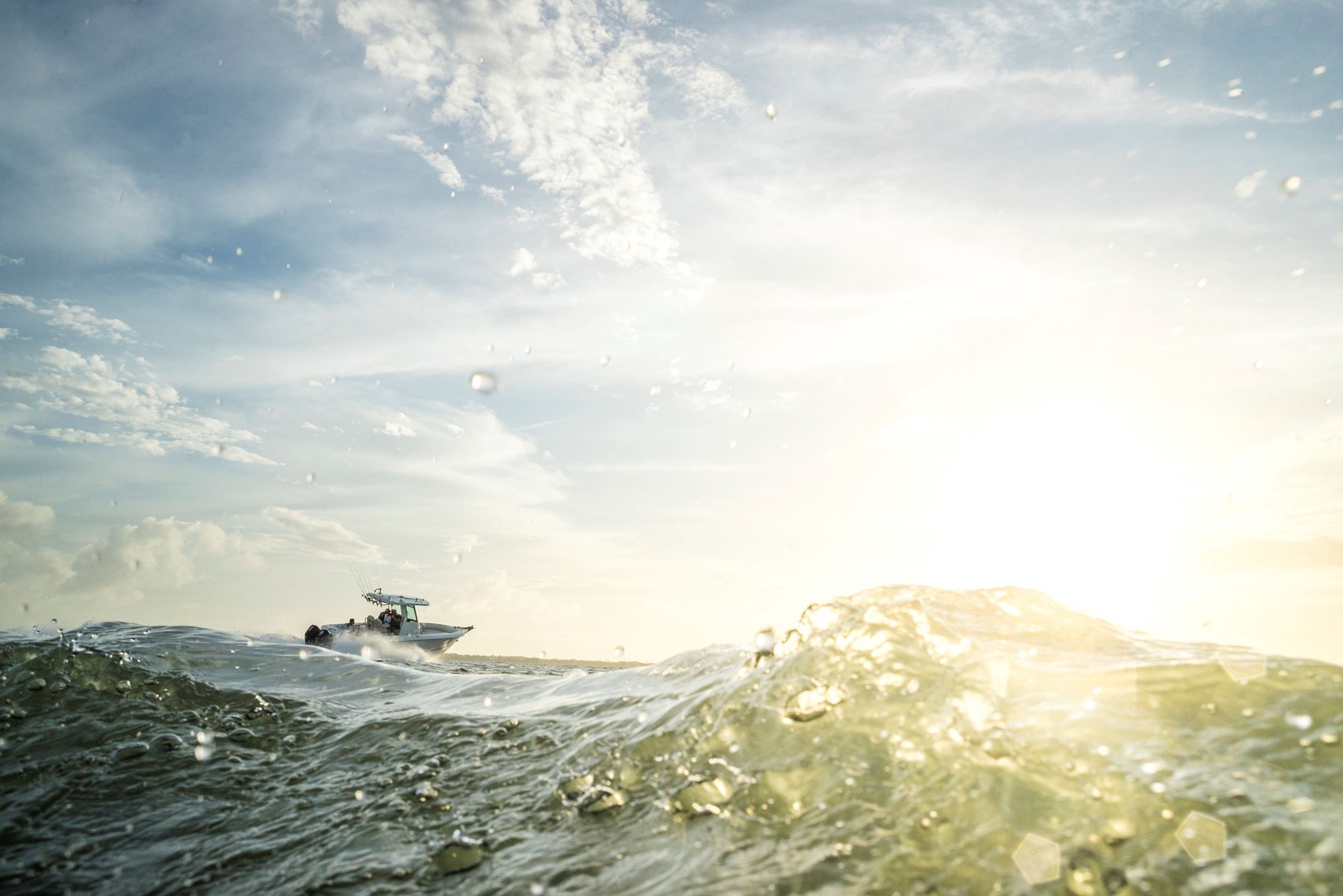 It’s your lucky day! You’ve just inherited a boat. You’ve found a smokin’ deal on a used model. Or maybe you’ve unearthed your dream vessel from the back corner of a barn.

Whatever the case, your new-to-you boat appears to be solid and clean. But you can tell by the 5-year-old registration that it’s been a few seasons since this craft was on the water. What will it take to make it seaworthy?

We posed that question to the service experts at Mercury Marine® and learned that with a little work you might be able to get your new treasure back on the water. Here are the basics.

Even if the boat was stored with fuel treated with stabilizer, gas that’s more than a year old should be discarded. If the boat has a portable tank, that’s as easy as pouring the old fuel into a safe container for proper disposal, rinsing the tank with a little fuel and starting over with fresh gas. If the tank is steel, check for rust or gunk on the bottom that could be hard to rinse away. You might be better off buying a new tank.

Fuel that’s left in a built-in tank will need to be pumped out.

“You can pull a small fuel sample to check for quality of fuel and phase separation,” said Mercury Marine Technical Service Training Manager Tom Melsheimer. “An authorized Mercury Marine dealer may be able to pump out a large quantity of old fuel and dispose of it safely. If you remove the fuel gauge sending unit from the top of the tank you may be able to pump out almost all the old gas and any sediment that’s left in the tank.”

An older boat might be equipped with a fuel line that is not tolerant of today’s ethanol-blended fuel. The line might look OK, but it could delaminate on the inside and release bits of material that can clog the engine fuel system. It’s a good plan to replace the fuel line. Then add the correct 10-micron water-separating fuel filter between the fuel tank and the engine. A Mercury Marine dealer can help you select a filter that will match the size of your outboard or sterndrive engine. You should also replace the fuel filter on the engine, if it has one.

Refill the tank with fresh fuel – ethanol-free, if possible – and treat it with Mercury Fuel Care System products. Quickare®, Quickleen® and Quickstor® fuel treatments can be used in any brand of engine and are engineered to work together to optimize fuel and remove any leftover deposits from the engine.

If an outboard or sterndrive engine is equipped with a carburetor(s), it’s a good policy to have the carb professionally serviced.

“Even if the carb bowl was drained before the boat was stored, there still could be deposits or small particles left behind,” said Melsheimer. “Fresh fuel could simply flush those deposits into tiny passages of the carburetor. Better to have a pro clean the carburetor and check the jets for deposits before you start the engine. A dealer technician will also reassemble the carb with new seals, gaskets and diaphragms, replacing parts that could be dried out or are not ethanol-tolerant.”

Most fuel-injected engines have a sealed fuel system that is much less likely to suffer from problems with fuel deposits.

Four-stroke outboard and sterndrive engines should have the engine oil and filter changed even if the oil appears to be clean because it could be contaminated with moisture. Plus, oil additives can break down over time. If the boat has a two-stroke outboard engine with an injector oil reservoir, discard any oil left in that reservoir and refill with fresh two-stroke oil. The Mercury Precision Lubricants® line of products includes premium engine oils that meet manufacturer specifications for most two-stroke and four-stroke marine engines.

A fresh set of spark plugs will help the engine fire up and run efficiently. Replace spark plug leads that appear stiff and dry or have cracks in the insulation.

The water pump on most marine engines has a rubber impeller that can dry out or “take a set,” meaning it becomes distorted, when the engine is not used for a prolonged period. Even when used each season, the impeller should be replaced every three years. On outboard motors and MerCruiser® Alpha® sterndrives the impeller is located above the gearcase. MerCruiser Bravo® sterndrives and inboard engines have an engine-mounted seawater pump with a similar impeller.

Replacing the impeller is not a difficult DIY task for a boat owner, but when a professional technician does the job they will also replace related gaskets and seals and inspect the pump housing for wear or damage.

If an inboard or sterndrive engine has a closed cooling system, check the condition of the coolant (antifreeze) with a testing device. It would be good insurance to go ahead and replace the coolant if the boat has been sitting for a few years, since the coolant can break down over time.

Rubber belts and hoses can deteriorate over time, especially if the engine is not run. Replace them if their age is unknown. On sterndrive and inboard engines, a belt or belts might drive the alternator, water pump and power steering. These engines can also have several coolant hoses that should be replaced. Some outboard motors also have a belt-driven alternator, and that belt should be inspected and likely replaced.

Gearcase lubricant should be changed in outboards and sterndrives using a quality marine-specific product such as Mercury High Performance Gear Lube. Drained gear lube that appears white or creamy is an indication of the presence of water in the lubricant, which means the propeller shaft seal might be compromised. Water contamination in the lubricant could cause severe damage to the gears. Have an authorized dealer perform a pressure check on the gearcase to confirm the problem.

If the boat has sterndrive power, the drive should get a professional inspection.

“It’s best to have an authorized Mercury Marine dealer pull the drive or drives to grease and inspect the splines on coupler yokes,” said Melsheimer. “At the same time, they can check the U-joints for wear and inspect the gimbal bearing. There are also rubber bellows over the U-joints and shift cable, rubber water hose, and exhaust bellows, which should be inspected as they can dry rot and fail with age.”

Remove the propeller(s) from an outboard or sterndrive engine and lube the prop shaft with a quality marine grease such as Mercury 2-4-C Marine Lubricant before reinstalling prop.

Also check the base of the prop shaft for fishing line, which, over time, can be pressed into the rubber prop-shaft seal by the forward thrust of the propeller. If the seal becomes damaged water can enter the gearcase and cause significant problems. You might need to first remove the large thrust washer that’s behind the prop on some hub styles. Fishing line often becomes coated with grease and hard to see. Use a sharp pick or a small screwdriver to pull at the area around the prop-shaft seal to loosen any line that might be present.

Marine batteries have a typical life span of five to seven seasons, so when bringing a boat back from years of storage it’s wise to install new batteries. Check an engine owner’s manual or consult with an authorized Mercury Marine dealer to make sure you install the correct type of battery. Only install a marine battery, which is designed to withstand the pounding and vibration that can occur in a boat.

If your boat is on a trailer, at least air up the tires. Check those tires to make sure they are “ST” trailer tires, then check the date of manufacture. According to the National Transportation Safety Board, tires that are more than 6 years old should be replaced. The last four digits of the DOT code on the tire sidewall indicate the month and year the tire was made. Example: “3517” indicates the tire was made in the 35th week of 2017. You should also have the trailer wheel bearings and brakes checked and serviced, and make sure all trailer lights are working.

At this point you should be able to launch your “new” boat, turn the key and start having fun. Count on quality marine lubricants, service parts and the expertise of an authorized Mercury Marine dealer to keep your boat running smoothly for many seasons to come.

Spring Commissioning: How to Ready Your Boat for the Water

Finally. As winter gives way to spring and temperatures begin to rise, feelings of anticipation and excitement take hold of boaters and make them all but forget the long months of cold they’ve just endured. Finally, it’s time to get ...

Five Steps to Take when Preparing Your Boat for a Hurricane

Tropical Storm Isaias served as a vivid reminder that hurricane season is underway in the Gulf and Atlantic Seaboard states. The good news is that the National Hurricane Center and your local news outlets usually can give you a few days’ ...

How To Store Your Boat for Winter

No one is ever happy at the thought of stowing away the suntan lotion, fishing rods, wakeboards and water toys for the winter months. But facts are facts: It’s about to get too cold for boating in many corners of ...