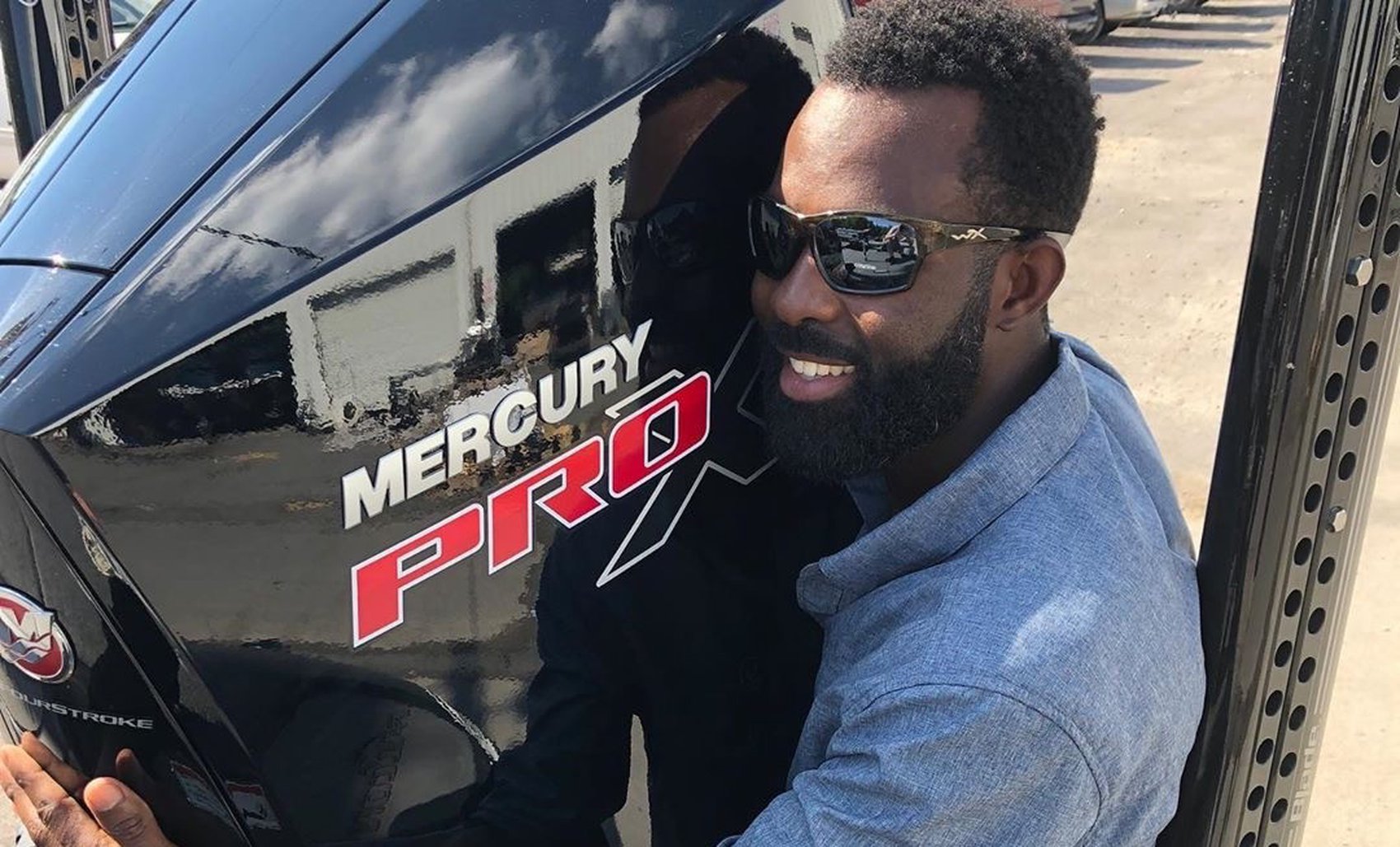 Mercury Pro Team member Brian “B. Lat” Latimer’s office has always been outdoors. His first career was as a landscape contractor, which paid the bills while he worked on mastering his current trade – pro bass angling.

As a lifelong entrepreneur, the Belton, South Carolina, angler knows that when his career success is so heavily dependent on operating heavy machinery, whether a backhoe or a bass boat, it pays to be picky about equipment and to tinker with the rigging until everything is dialed just right. 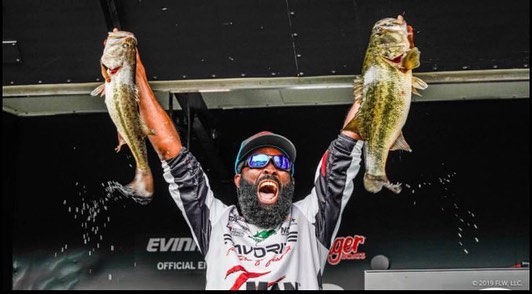 That’s part of the reason Latimer is so excited to have recently made the switch from a Yamaha 250hp VMAX SHO to a Mercury 4.6L V8 250hp Pro XS outboard on his Falcon Bass Boats F20 TE. It’s the boat he’s running while competing in the Bassmaster Opens this season and working his way to the top-level Bassmaster Elite Series.

Latimer says he’s run Mercury outboards for years (he’s had seven or eight Pro XS outboards now), but for various reasons in 2019 he wound up with a Yamaha on the back of his boat. Running both outboards on the F20 TE provided him a good opportunity to compare configurations to find what works best for him, and so he can deliver valuable feedback to Falcon.

“I work really closely with Falcon,” said Latimer. “It’s a newer boat brand. There’s a lot of stuff that we just don’t know about the boat yet because it’s a new hull. A lot of my job is to see what props run best, what props carry the load the best and all that. When you take a boat straight from the factory to the water, it performs differently than when you load bags of ice in the cooler, fill it up with gas, fill the livewells with water and load the compartments with tackle.

“Falcon has tried to blend all the important features of a bass boat,” he added. “It’s a big boat that’s made to fish tournaments out of, but it’s not a giant slug in the water because, obviously, as a professional tournament fisherman, you don’t want a boat that can only do 50 mph.” 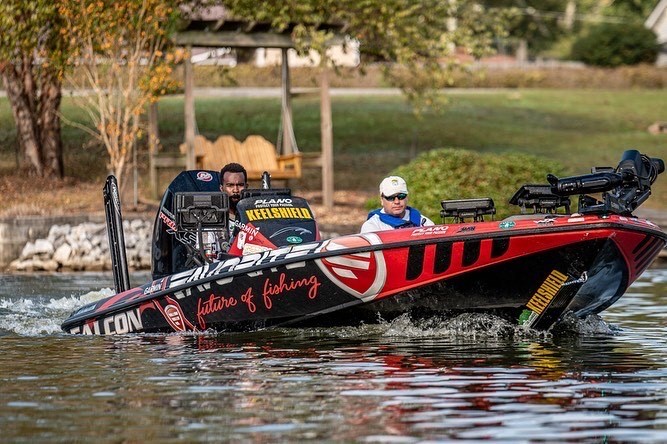 So far, Latimer is thrilled with how the Pro XS outboard has performed and loves the way it looks on the back his rig (a vain, shallow point, he admits, but still a fair one).

It’s pushing around what he describes as “one of the biggest boats in bass fishing,” with a 99-inch beam, loads of storage capacity and a dry weight of 1,890 pounds.

“All the engines run best at different rpm ranges or different loads,” Latimer added. “I ended up buying a Yamaha last year. Now, I’m running a Mercury. After running it for the last seven months or so, I really do feel like the Mercury performs better for me. It’s faster and smoother. You don’t realize it until you go to a different outboard and then go back. Just going from neutral to drive and just idling, my boat isn’t vibrating and shaking. That doesn’t seem like much, but I’m telling you, putting as many hours on an engine as I do, you can rattle stuff loose if the boat vibrates too much. I also feel like everything is a little beefier on it, from the lower unit to the motor mounts. It’s almost like the difference between a commercial-grade lawnmower and a residential lawnmower.”

Latimer has plenty of opportunity for experimentation in his on-the-water “lab.” He averages between 150 to 200 days per year on the water and puts 200 to 350 hours per year on his outboard, depending on his tournament schedule and how often he’s out filming for his popular YouTube channel.

His experimentation includes manipulating trim settings, prop pitches and load distribution while tracking the results on his tachometer, speedometer and fuel gauge. Even a couple mph difference or a few tenths of a mile per gallon in fuel efficiency one way or the other can mean a big difference in his productivity come tournament time.

“That doesn’t always mean what makes it run the fastest is most important,” he said. “Speed is probably No. 3 or 4 on my list. How fast the boat planes off with a load is No. 1. That V8 really carries a load well. Whatever settings you run with one guy in the boat, you’re probably going to run the same thing with two guys, the boat full of gas and the livewells full. It has that top-end torque, which is what every other manufacturer has struggled with. They have a great hole shot or good low-end torque, but Mercury has really dialed in that midrange to top-end torque. So if you run 71 mph with one guy, with two guys you’re probably going to run 70 or 71.”

Prop testing is another vital step, and one where Latimer has put in extensive time to settle on two options based on the style of fishing and boating he’s likely to encounter. When he’s angling for top-end speed, he likes a 23-pitch Mercury Fury three-blade prop. When he’s run-and-gun fishing and the goal is to repeatedly hop the boat up on pad, Latimer switches to a 23-pitch Mercury Tempest Plus three-blade prop.

“Here at home, we do a lot of fishing around schools of herring, where we’re trying to run around at 40 to 50 mph from spot to spot and not fishing a long time,” Latimer said. “The 23 Tempest has a little bit more low-end punch on my particular hull.”

Latimer’s recommendation to bass anglers trying to dial in the right prop and the best engine height is to shoot for a careful balance based on the ideal rpm range for the boat and a typical load.

“There’s a huge misconception that the higher you go in prop pitch, the more speed you get,” he said. “That’s not completely accurate. Like Facebook says, that’s ‘partially false.’ If your prop size isn’t maximizing your rpm, you’re going to miss out on speed. If I go to a 25-pitch prop on my boat, I’m probably going to lose about 400 or 500 rpm, and my engine doesn’t build enough momentum to maximize my power because the rpm goes down and the boat slows down. The 23 pitch allows me to turn a little faster. I watch my tachometer more than I do the speedometer when I’m testing props and engine height. The 250 Pro XS engine makes the most power at around 5,800 to 6,000 rpm on my boat. I have to be turning at least 5,800 rpm, fully loaded, in order to really optimize the power band for top-end speed.” 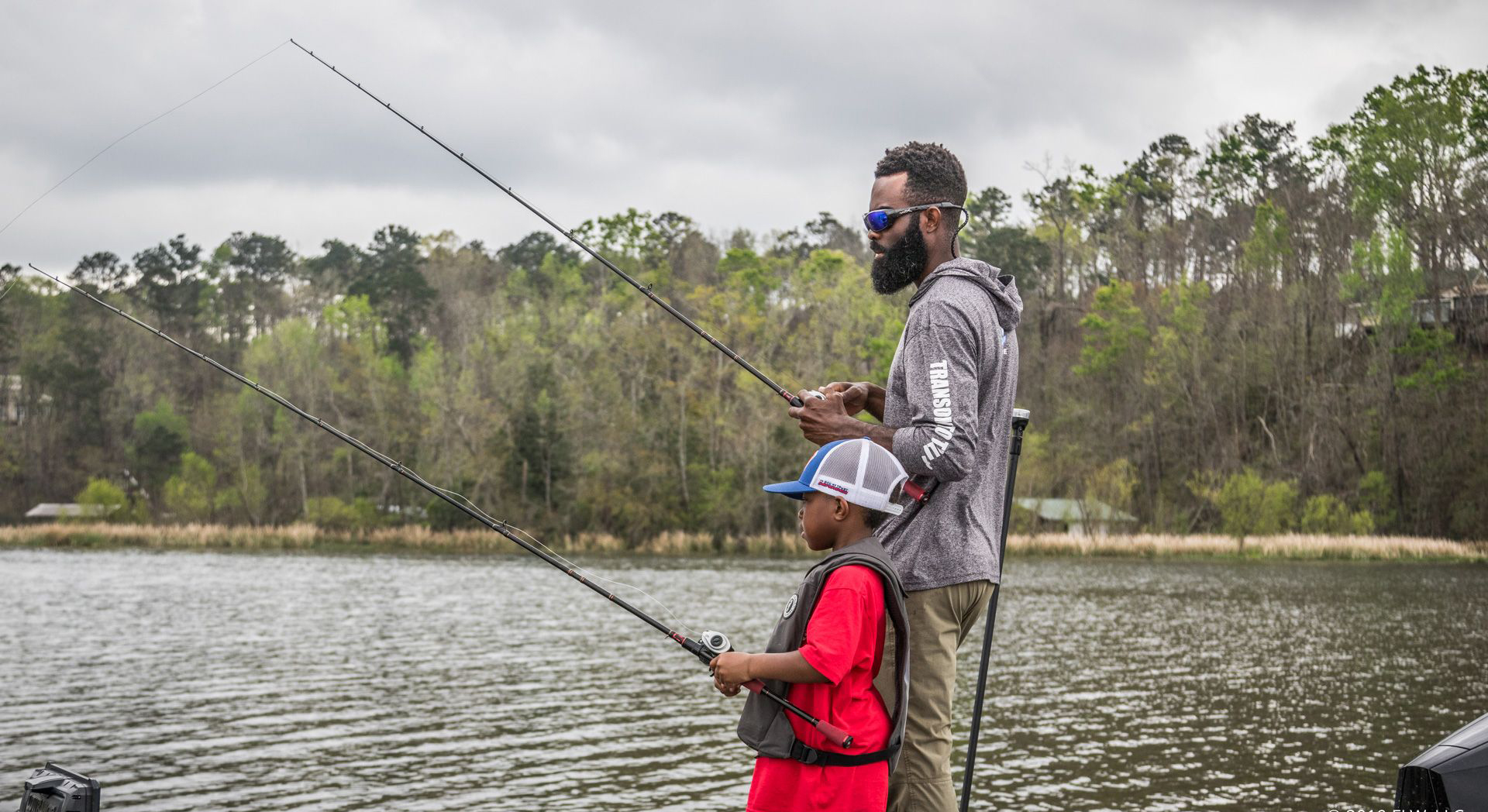 Now that Latimer has had time to experiment and has his tournament rig tricked out just how he likes it, he’s turning his attention to his newest machine: a sporty Crestliner XF 189 aluminum fishing boat with a Mercury 115hp Pro XS outboard. It’s his small-water boat, and his vessel for inshore saltwater fishing on the Carolina coast – a new hobby and expansion to his media business.

He’s working through the entire process again, swapping props, trimming the engine and tinkering so he can achieve the exact right combination of top-end speed, rapid hole shot and smooth ride to continue powering his career forward.