The boating experts at Cape Harbor Marine Service, in Rio Grande, New Jersey, understand that even old boats still have a lot of memories left to make. That’s why this Mercury® Repower Center is committed to outfitting its customers with the perfect marine propulsion systems to enjoy a better boating experience and keep them on the water – and making memories – for even longer.

Recent repower installations performed by the crew at Cape Harbor demonstrate just how effective new Mercury engines can be at breathing new life into prized boats. 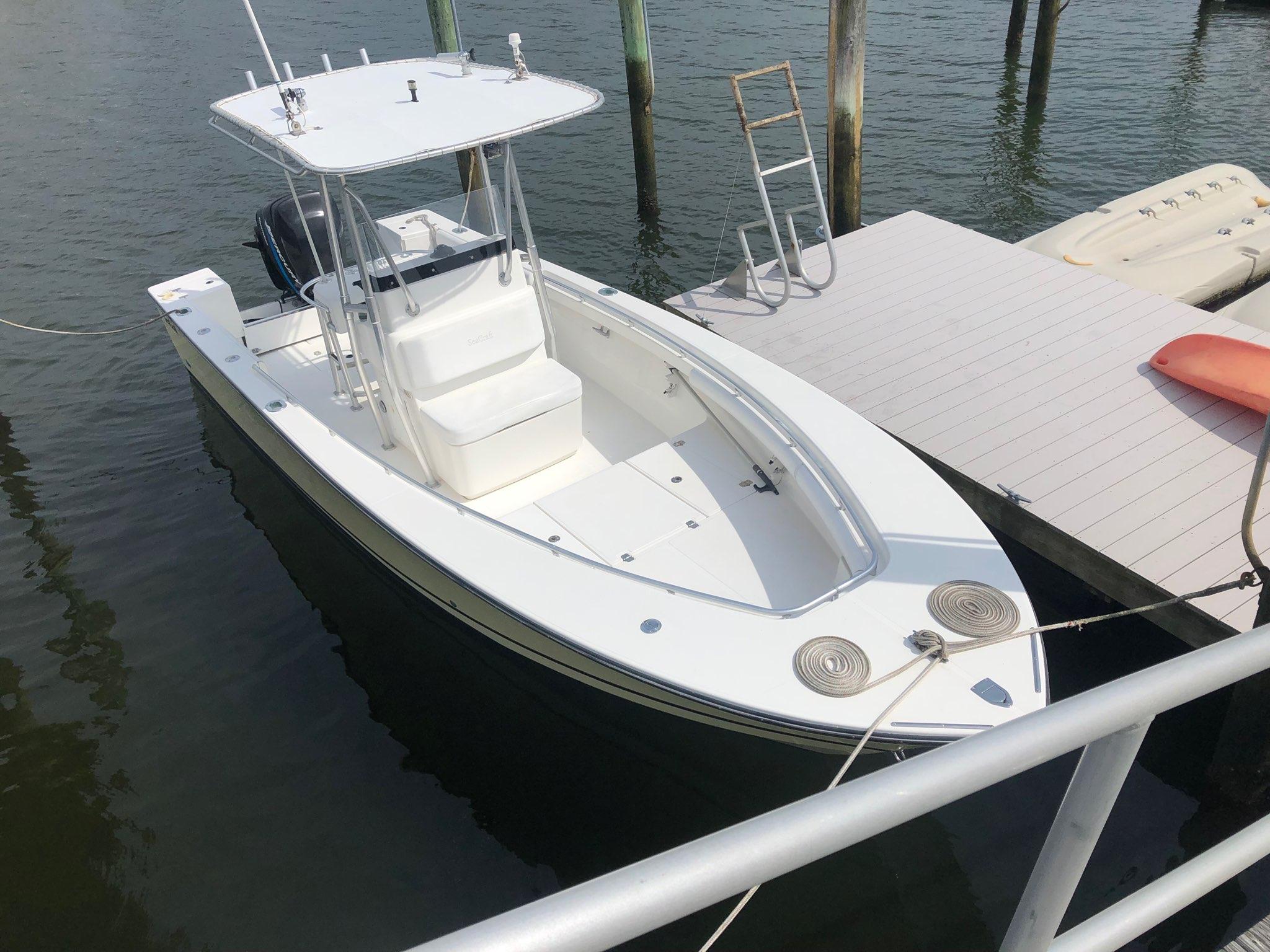 R. Eric Gerhart bought his 23-foot SeaCraft® boat new all the way back in 2001, and the Mercury OptiMax® outboard on the transom kept him fishing the inshore and nearshore waters of Avalon, New Jersey, for 19 years. Gerhart says he was happy with the engine, but it was showing its age, so he decided to upgrade to a new Mercury V6 225hp FourStroke engine.

“There’s just no comparison,” he said. “The biggest difference is in how quiet and smooth the Mercury FourStroke runs. The noise levels are way, way down compared to an old two-stroke.” 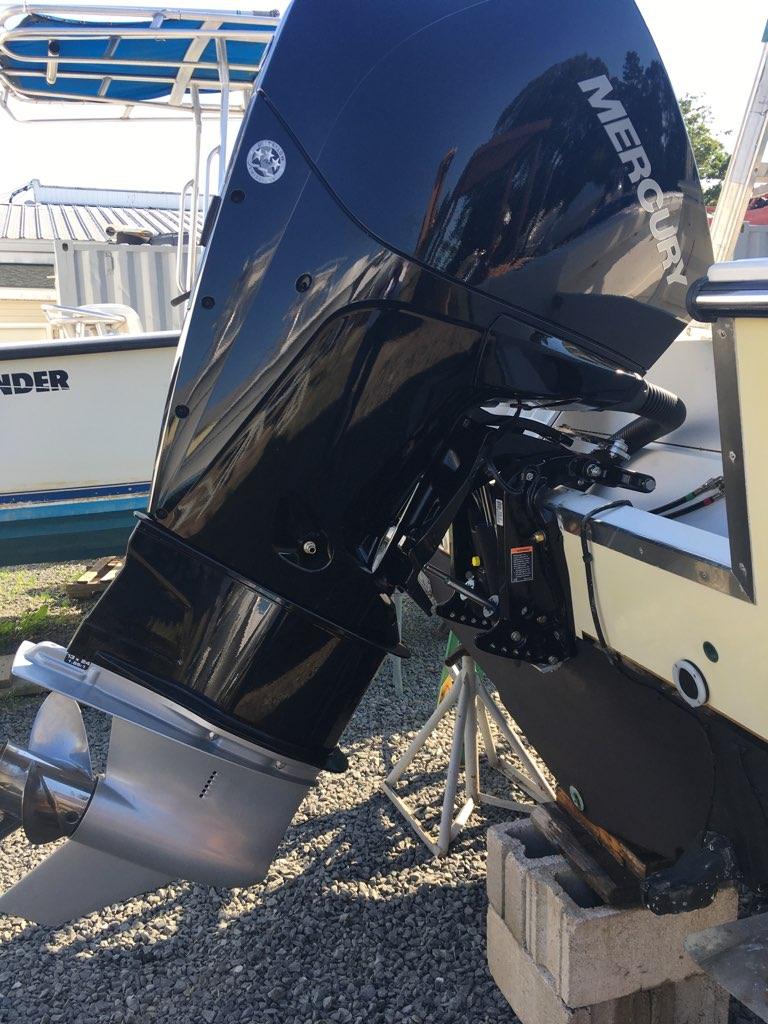 Gerhart says that with seven grandchildren and a newly adopted son who love it when he takes them fishing, that quiet counts. But it isn’t just the FourStroke outboard’s smoothness that he loves.

“The whole situation is smooth with Cape Harbor,” he explained. “They have nice people and good techs, and they make the entire experience easy. The personal attention they give you can’t be beat.”

“We’ve been doing this for 31 years now, and we love the experience,” says Kate Toogood, operating manager at Cape Harbor. “It’s great to help put new life into a classic boat with a repower and then see how our boat owners connect with their kids and grandkids on the water. We’re just happy we can be a part of it.”

Chris Carr believed that he had found the perfect boat for his family in a 2015 Yellowfin® 39. Yet, after five years of owning the boat, there was just one problem: The reliability of the power plants was lacking. 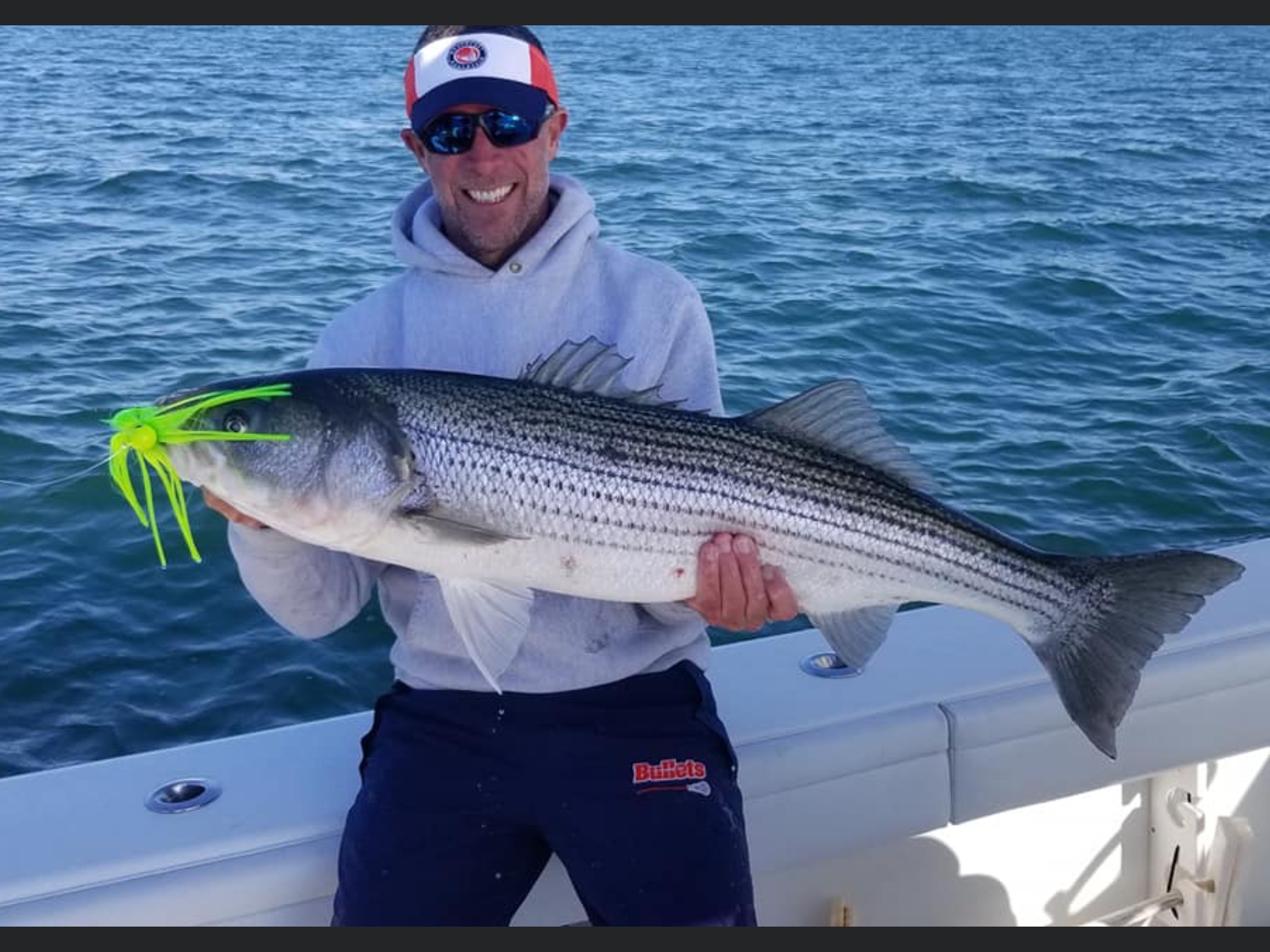 “We had some challenges with mechanical issues,” Carr said, “but even when they (the engines) were running right it just didn’t seem like the boat had quite enough power. I had to make a decision between getting a new boat or repowering this one. And it was actually a pretty easy decision to make because there’s nothing out there that I want more than I want this Yellowfin. It really is my perfect boat.”

Although he hadn’t owned a Mercury outboard in several years, Carr did have experience with one years ago when he owned a Boston Whaler® with Mercury power. He also knew several people who had modern Mercury outboards and loved them. So Carr went to Cape Harbor Marine Service and asked them to replace the triple Yamaha® F350s on the transom with a set of three Mercury 400hp Verado® outboards.

“Everything about the boat really is perfect now. Switching to the 400s not only added 150hp, but it also took a lot of weight off the transom, and it gets on plane easier,” said Carr, referencing the fact that the base model Mercury 400hp Verado outboard weighs about 85 pounds less than the Yamaha F350 outboard. “My four boys and I can get in it and run to Wilmington Canyon at 35 knots, fish all day, then run back home at around 40. We fish the heck out of it, and since repowering the reliability factor has been perfect, too.”

Shopping for a Repower

When Harmon Smith decided to go boat shopping, he set out to buy an older boat right from the start. 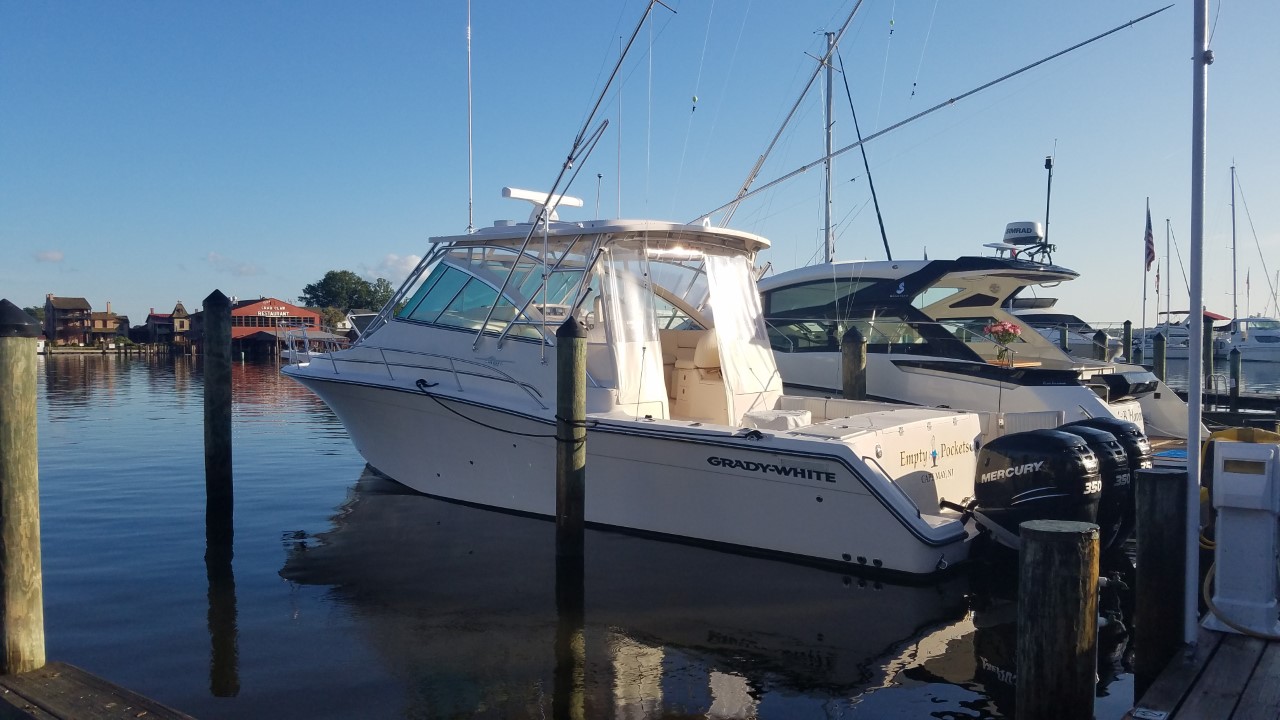 “I looked around for a while, but there wasn’t much I saw that I liked,” he explained. “I did like the Grady-White® Express 360, and I decided to try to find one to have repowered. I eventually found the right boat in Charleston, an Express 360 with a hull that was in great shape, but was a total dog with a pair of Yamaha F350s.”

Smith didn’t just replace the power plants. He gave the boat a serious jolt of power by tossing the twin 350s and having Cape Harbor rig triple Mercury 350hp Verado outboards on the transom. Net result? A 50% increase in horsepower, which he fit into the same space with no major work required on the transom. Smith says that the boat originally struggled to get on plane and then cruised at 17 knots. Now it jumps on plane and runs at more than 30 knots while turning about 4,200 rpm and burning around 39 gph.

“It was Kate’s recommendation to go with the triple 350s, and it was a good one,” Smith said. “She’s been super, as has Scott Magee, the tech. When I have any questions, they answer them right away. The price was right, the reliability has been great, maintenance is easy and Cape Harbor is right there. It really does feel like I got a brand-new boat.”

And that feeling is exactly why repowering a boat can be the ideal option.