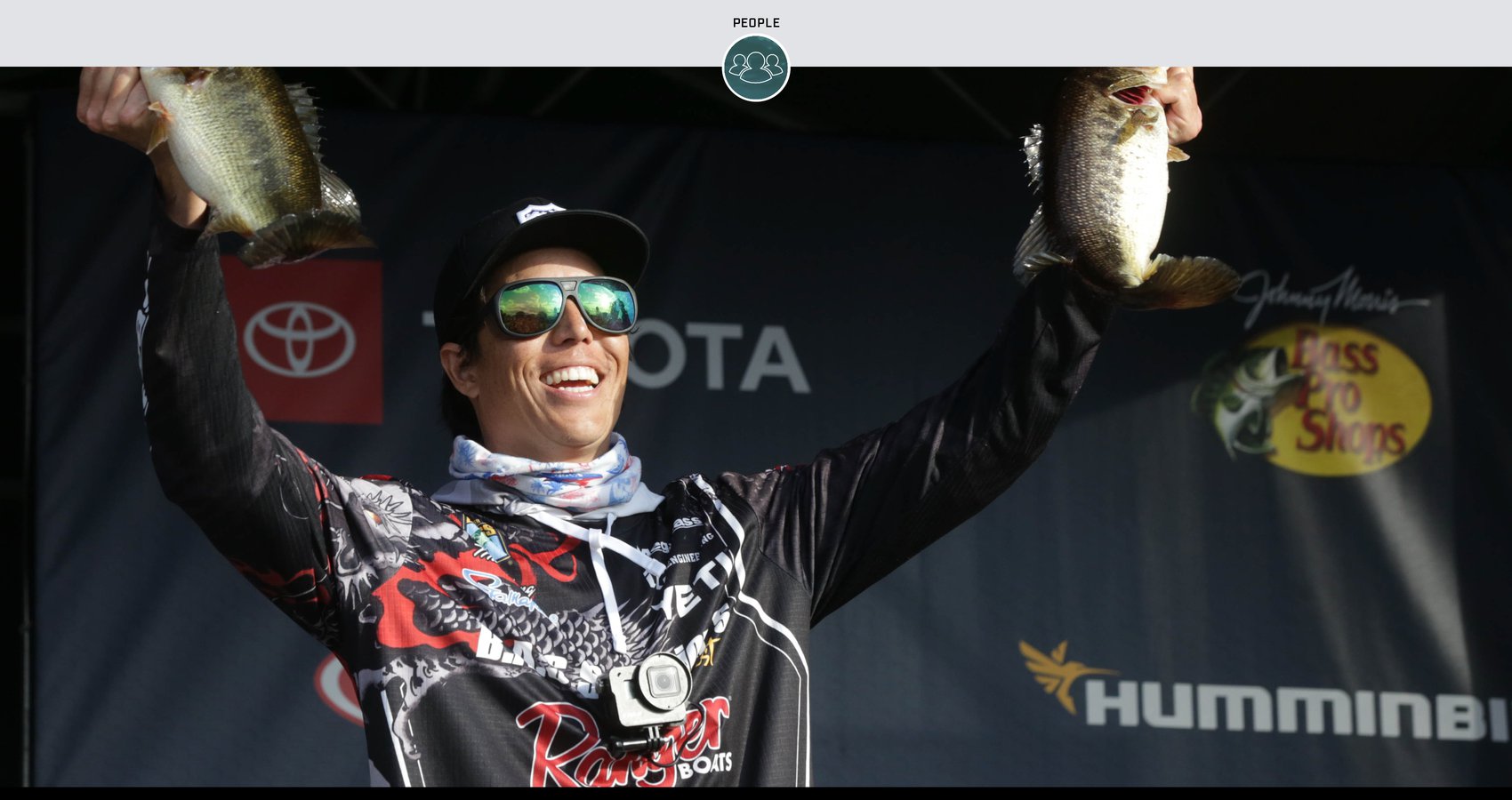 Matty Wong needs a new home, but he’s in no rush to find it.

Despite competing in the 2022 Bassmaster Classic – the pinnacle of bass tournament fishing – Wong, a rising figure in the bass world, will tell you straight up that, “I don’t even have a steady place of my own right now. I’m chasing my passions and still trying to figure out where this adventure is going to take me.”

Wong’s “adventure” began in 2013 with a heart-wrenching decision to leave Hawaii and start a new life in Los Angeles, a massive, bustling city completely unlike Hawaii. Changing lives didn’t come easily, but hard work and persistence paid off.

Wong entered his first club tournament in 2018. Three years later, a win at the 2021 B.A.S.S. Nation Championship on the Ouachita River in Louisiana qualified him for the 2022 Bassmaster Classic, paid $20,000 in prize money from Mercury and Nitro, provided free use of a Ranger boat rigged with a legendary Mercury 250hp Pro XS engine and earned Wong a spot on the lucrative 2022 Bassmaster Elite Series.

His B.A.S.S. Nation win also motivated Wong to ponder a dream he’s harbored since he was a young boy – to  one day host his own TV fishing show.

Wong was born in Honolulu in 1988 and lived there until moving to California when he was 25. His lifelong hobbies include fishing, surfing, spear fishing and playing the saxophone – a skill that would put food on his table on more than one occasion.

He described leaving Hawaii for Los Angeles as the most terrifying decision of his life, yet he boarded the plane – for his first flight ever – with only a suitcase, a skateboard, his saxophone and a one-way ticket.

Wong lived in Los Angeles for eight years before drifting about 60 miles up the California coast in 2021 to the quieter and smaller city of Ventura. He said he was trying to “get away from the craziness of LA and depression from being in a big, lonely city” during the COVID pandemic.

“I had always been a happy and positive person despite negative things in the world,” he said. “When I left LA I was searching for a community and a better everyday life.”

When he departed Ventura just a year later, he left with a clear head, his win from the B.A.S.S. Nation Championship tucked in his back pocket and a revered spot at the 2022 Bassmaster Classic – the first Classic qualification for any Hawaiian.

“The win at the B.A.S.S. Nation changed everything,” he said.

And getting a new engine for his boat changed his course.

“That Mercury engine is a dream,” he said of the 250hp Pro XS rigged on his Z520L Ranger. “It’s smooth and quiet, and I don’t have to worry about it performing. It’s an incredible machine.” 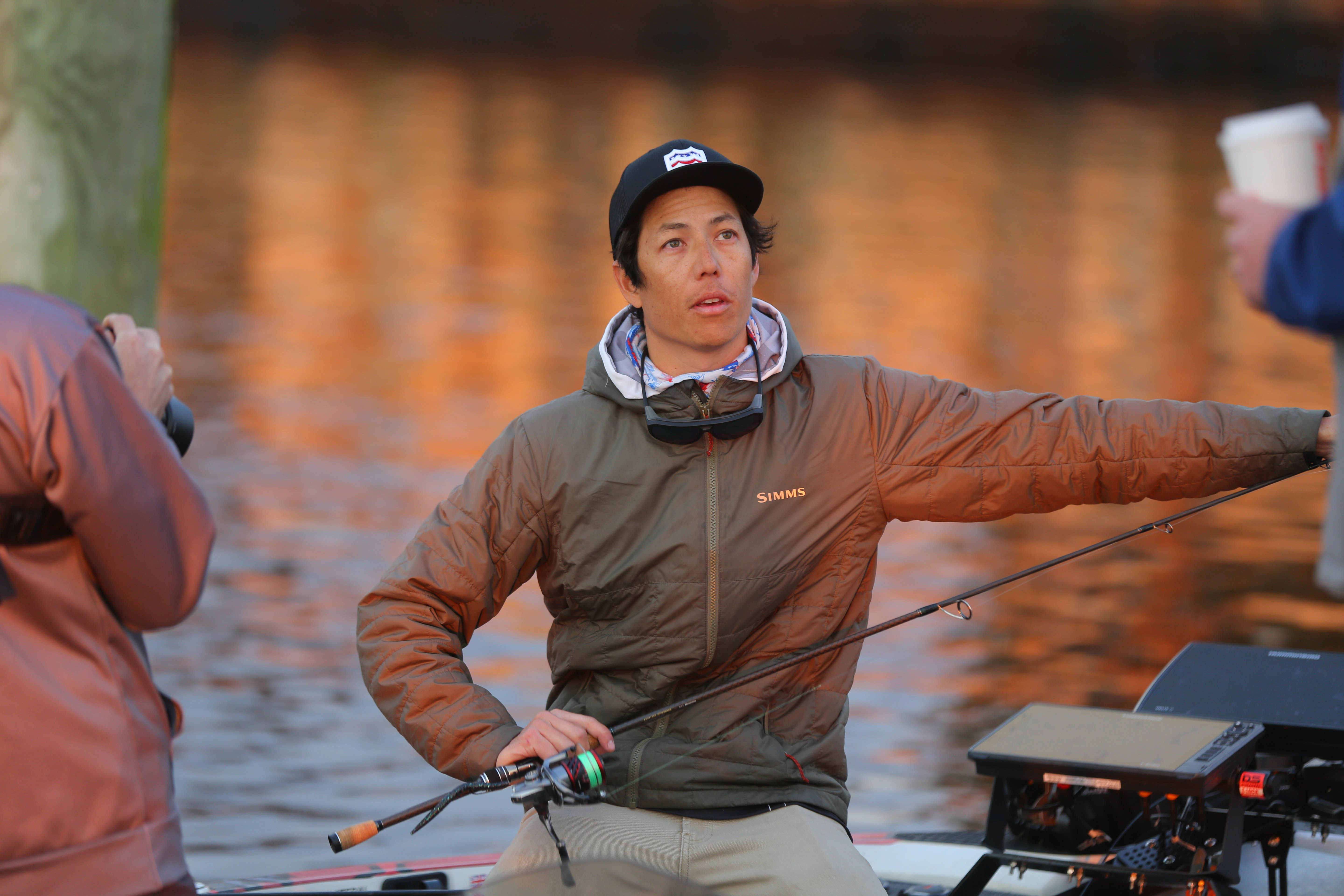 Although Wong finished out of the big money at the 2022 Classic, he has no regrets or excuses.

“It was an incredible experience, and I can’t wait to get back there. It definitely made me hungry to make another go at it,” he said. As evidence, Wong recently finished in a respectable 14th place at the April 7-10 Elite Series tournament on Chickamauga Lake in Tennessee.

“I’m 100 percent all-in on professional bass fishing,” he said. “I want to ride this wave as long as I can. It’s something not many people get to experience, and I want to take it all in.

“I’d love to win the Classic – that would be absolutely amazing. But just getting there is a journey in itself.”

Competing on the 2022 Elite Series has afforded Wong an opportunity to room with Bassmaster superstar Mike Iaconelli, whose bulldog attitude and ability to win influenced Wong’s early years of competitive angling.

“Mike is one of my favorite anglers on the tour,” he said. “He came from Jersey, traveled a different route than others and brought a new look to the sport. He’s shared a lot of insight with me and is someone I look up to. I’d love to have the kind of career he’s had.”

In addition to his angling skills, Wong possesses wisdom and philosophical perspectives seemingly beyond his years and experiences.

“When you shoot for the stars, you can hit the moon, you know?” he said. “I try to make sure I’m always real with myself, but at the end of the day I’m a dreamer. I believe social conformities put a lot of pressure on people who grow up as dreamers but get pressured into doing something else, whether it’s their peers or parents or spouse telling them, ‘You’re this old, you should be doing something else,’ versus living a life that makes them feel rewarded.

“I think it’s a scary feeling when you get into a mode or a space where things start to become monotonous. There’s a comfort there and, as humans, it’s natural to say that’s enjoyable. But I know that growth only happens when you’re uncomfortable. You have to take leaps . . . and for me, that was to fish professionally.”

When He's Not Fishing

After high school, Wong earned an associate degree at a local community college in Hawaii, then studied film at the University of Hawaii at Manoa.

“But I ended up leaving film school to pursue acting and filmmaking in Los Angeles,” he said.

In LA, he again played the saxophone professionally to get by while seeking auditions for acting roles, and he provided voiceovers for several TV commercials. He even got a bit part on an episode of “Hawaii Five-O.” Soon after, however, he found greater success as a lighting director for still-photography shoots of high-profile clients.

That lighting gig allowed Wong to fish more often as he inched his way toward professional tournament competition.

“My goal right now is to be as successful as I can on tour, to reach new people and try to grow a fan base. I think I have a unique story to tell, and it’s something a lot of people can empathize with. My friends call it ‘the underdog story,’ where a kid comes from literally the middle of the Pacific Ocean and ends up winning a national championship on a boat that was built when he was just 2 years old.

“Hosting a TV show is something I think I’d like to do eventually. At the end of the day, competitive fishing is a lot of work. I’m not saying that having your own fishing show isn’t a lot of work, but at the end of a bad day you can kind of hit ‘delete,’ and wipe it away. In competitive fishing, you have a bad day and it sticks with you a while.”

But for now, sharpening his skills and battling to win tournaments are foremost in Wong’s plans.

“Fishing has always been the one constant in my life, and it’s something that’s been rewarding, whether it was free diving and sharing fish with aunts and uncles and neighbors, or struggling with a pattern on a fishery you’ve never fished before but you keep trying till you’ve figured it out.

“Leaving Hawaii was hard, but I’m 100 percent glad I did it. I’ve always wanted to challenge myself – I didn’t want to grow old and think, ‘Man, I really wish I had left or tried something else.’”