Two props are better than one – sometimes. 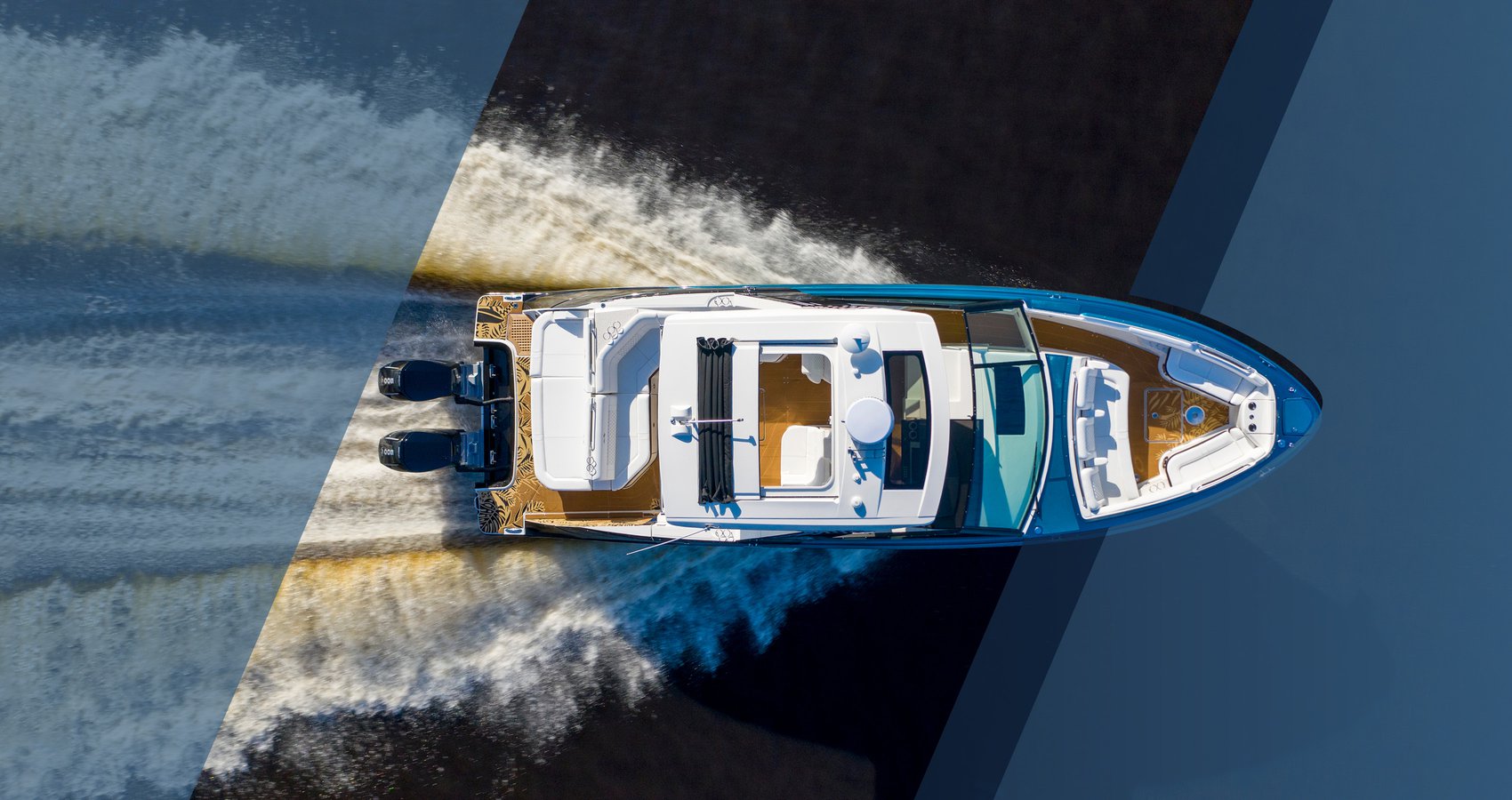 Putting dual props on a sterndrive or outboard is like putting snow tires on a truck – it’s all about traction and transferring power to the water. Dual propellers were first introduced on a regular-production Mercury Marine® product in 1993 with the Mercury® MerCruiser® Bravo Three® sterndrive. Today, they’re a key feature of two very recent Mercury products, the MerCruiser Bravo Four S® forward-facing sterndrive and the Mercury V12 600hp Verado outboard.

In some applications, dual propellers offer significant performance benefits. Let’s take a look at the advantages dual props can offer.

The seven blades (four on the leading prop and three on the trailing prop) on current Mercury and MerCruiser dual-prop models are contra-rotating – they turn in opposite directions – and offer significantly more total blade area than a single prop of similar diameter. For example, with a front prop diameter of 16 inches and rear prop diameter of 14.25 inches on the lowest pitch pair, the Bravo Three® model propellers fit to a Bravo Three drive offer as much blade area as a single 20-inch prop. But that single, larger-diameter prop would create significantly more drag because the corresponding drive would need to extend much deeper into the water to accommodate the prop’s size. That drag would reduce boat speed and efficiency.

Increasing blade area also gives the propellers better initial “bite” on the water when mated to a powerful engine that might otherwise overwhelm the prop and cause it to spin in the water without creating much thrust, especially when pushing a heavy boat like a cabin cruiser or a large day boat. More blade area also creates added stern lift, which can help lift that heavier boat smartly on plane. The Bravo Three drive was designed to better propel these heavier boats when powered by a big-block engine that could produce a lot of torque, and that remains its mission today. Likewise, the V12 Verado outboard produces tremendous power and is intended to propel large, heavy center-console and day boats. Its dual Verado12 props offer the approximate blade area of a single 22-inch diameter propeller, with much less drag.

Generous blade area can also help hold a heavier boat on plane at an efficient running angle at low speeds. This can improve fuel efficiency at cruising speeds and allow the boat to hold plane at low speeds for added comfort and confidence in rough seas.

Not all sterndrive boats require the bite and stern lift provided by dual props. A single propeller can usually lift lighter and faster runabouts and performance boats. For these vessels, Mercury offers the single-prop MerCruiser Bravo One® drive, which produces less propeller drag than the dual-prop Bravo Three drive and can operate at higher speeds. Boats that will never require much speed, like a houseboat or the heaviest cruisers, could be best served by the MerCruiser Bravo Two® drive, which swings a single, 20-inch diameter prop that offers plenty of blade area for applications where drag is of less concern.

The tenacious grip on the water offered by a dual-prop drive may also be felt when you put the boat into a turn. The stern lift helps hold a heavy boat on plane through a turn, and the propellers are less likely than a single prop to “blow out” or lose their grip on the water, even when the drive is trimmed out. When maneuvering at low speeds, dual props improve thrust and handling in reverse because the boat is never backing or steering away from the bite of the prop blades. This can make it easier to control the boat around the dock.

The new Bravo Four S® sterndrive has a very specific mission – to deliver outstanding thrust and maneuverability at very slow wakesurfing speeds – and once again, dual props are an ideal solution due to contra-rotation and plenty of blade area. The Bravo Four S drive is equipped with Bravo Four S® propellers designed to minimize cavitation to help reduce noise, vibration and harshness (NVH) for a smoother, quieter ride at all speeds.

In 2009, the Bravo Three drive was equipped with a propeller design featuring four blades on the front propeller and three blades on the rear prop, replacing the original “3 + 3” propset. This 4 + 3 arrangement is also used on the Bravo Four S sterndrive and the V12 Verado outboard. These all-new props were developed by a team led by Roger Koepsel, master engineer with more than 50 years at Mercury Propellers®. Adding the fourth blade to the front prop increases total blade area, but the front and rear prop shapes and diameters are also unique. When viewed in profile, the front prop mounted on a V12 Verado outboard or Bravo Four S drive sweeps back to overlap the rear prop. The function of the rear prop, Koepsel explained, is “swirl recovery,” which is the capture of energy from the front prop that is dissipating outward, rather than pushing the boat forward. The pairing helps maximize speed and efficiency.

If Dual Props are a Good Idea …

… why doesn’t Mercury offer dual props on more products? Mercury studies every option when designing propulsion products, and then designs a complete system that will provide the best all-round performance and economy for a specific type of boat and specific activities. There’s no one type of propeller arrangement that is ideal for every boat or every boater, which is why Mercury is always focused on providing the best propping option to meet a boat owner’s needs.

To learn more about the advantages of Mercury dual-propeller technology, visit a Mercury Authorized Dealer. Mercury also offers a handy Prop Selector tool that can help you determine the right prop for your boat.

Over the last several decades, technology has changed boating for the better. It’s not only the “smart” technology, like digital controls and electronic fuel injection, that are improving the boating experience. The technology of materials science has also evolved, allowing ...

When considering propellers, many boat owners get fixated on speed. They assume a prop that will make their boat go faster must be better. It’s more important to consider how a propeller can impact the entire boating experience. Speed is ...