Tritoon designs, bigger outboards and anti-corrosion packages are all fueling the trend. 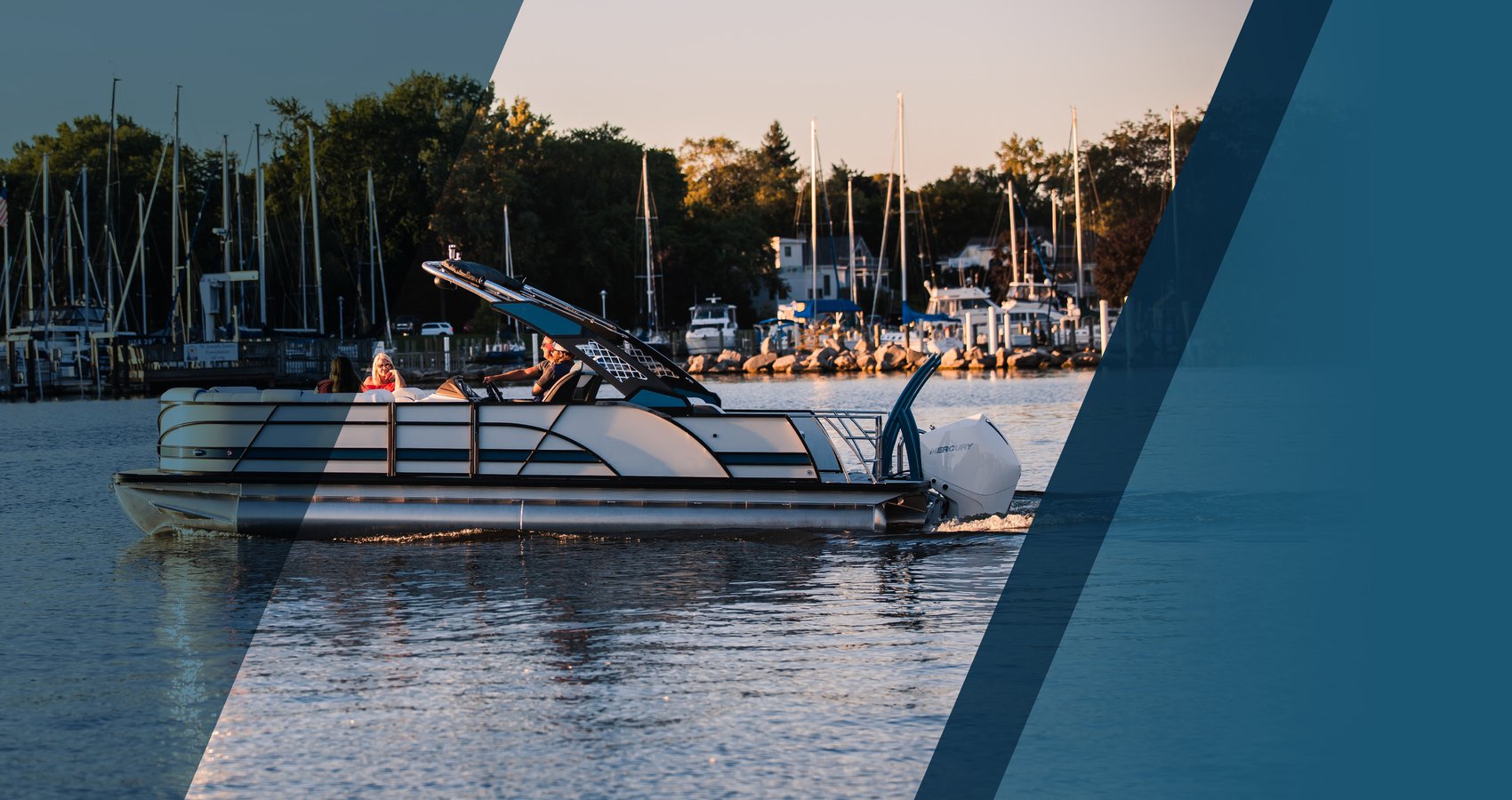 Today, if you drop the hook at a sandbar near an inlet on Florida’s Atlantic coast or cruise the Intracoastal Waterway (ICW) in any of the Gulf states, you are likely to see plenty of pontoon boats mixed in with all the center-consoles and sport boats. This is a big change from a decade ago, when most pontoon owners used their boats on inland lakes and in other freshwater areas.

Several factors have contributed to the recent rise in pontoon popularity with coastal boaters. For example, manufacturers have responded to customer demand for performance by designing bigger dual- and triple-hull (tritoon) pontoon models equipped with higher-horsepower outboard engines, which can provide a fast yet stable and comfortable ride on open saltwater bays and wide waterways like the ICW. 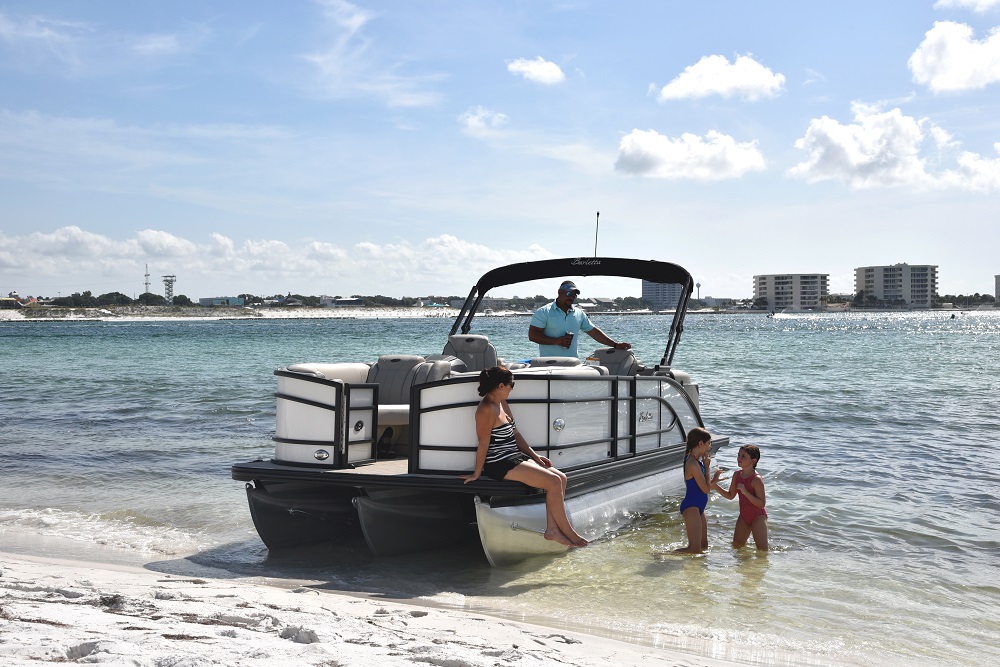 “Without question, we’re seeing more and more of that saltwater market being an important part of the pontoon segment,” said Jeff Haradine, vice president of sales, Barletta Boat Company. “The pontoon industry has developed bigger boats that can handle bigger waterways exceptionally well. Pontoons are built around an outboard platform, and outboards are the go-to power choice for the saltwater market.”

Saltwater boaters also are realizing the benefits of pontoon boats’ unique physical characteristics, including their open decks and easy accessibility.

“Pontoons are known for their large stable platforms and comfortable interiors, both of which are high on the checklist when it comes to the buyer. Over the last few years, tritoons [pontoon boats with three hulls instead of two] have seen quite a jump with the amount of horsepower you can now put on the back of them. These key points are why we are seeing saltwater pontoons becoming increasingly popular for coastal boaters,” said Chuck Miller, regional sales manager at Forest River Marine, maker of Berkshire, South Bay and Trifecta pontoons.

Day boating is also growing in popularity in coastal regions. Pontoons, with their wide-open decks and ample seating options, make great platforms for a day of family fun on the water.

“Pontoons maximize the entire deck space on the boat without compromising quality and the comfort of the ride,” said Garrett Koschak, manager of global product strategy, Manitou Pontoons.

The rugged construction of pontoon boat hulls, combined with their bow and stern gates, also makes them ideal for beaching on a sandbar or island. 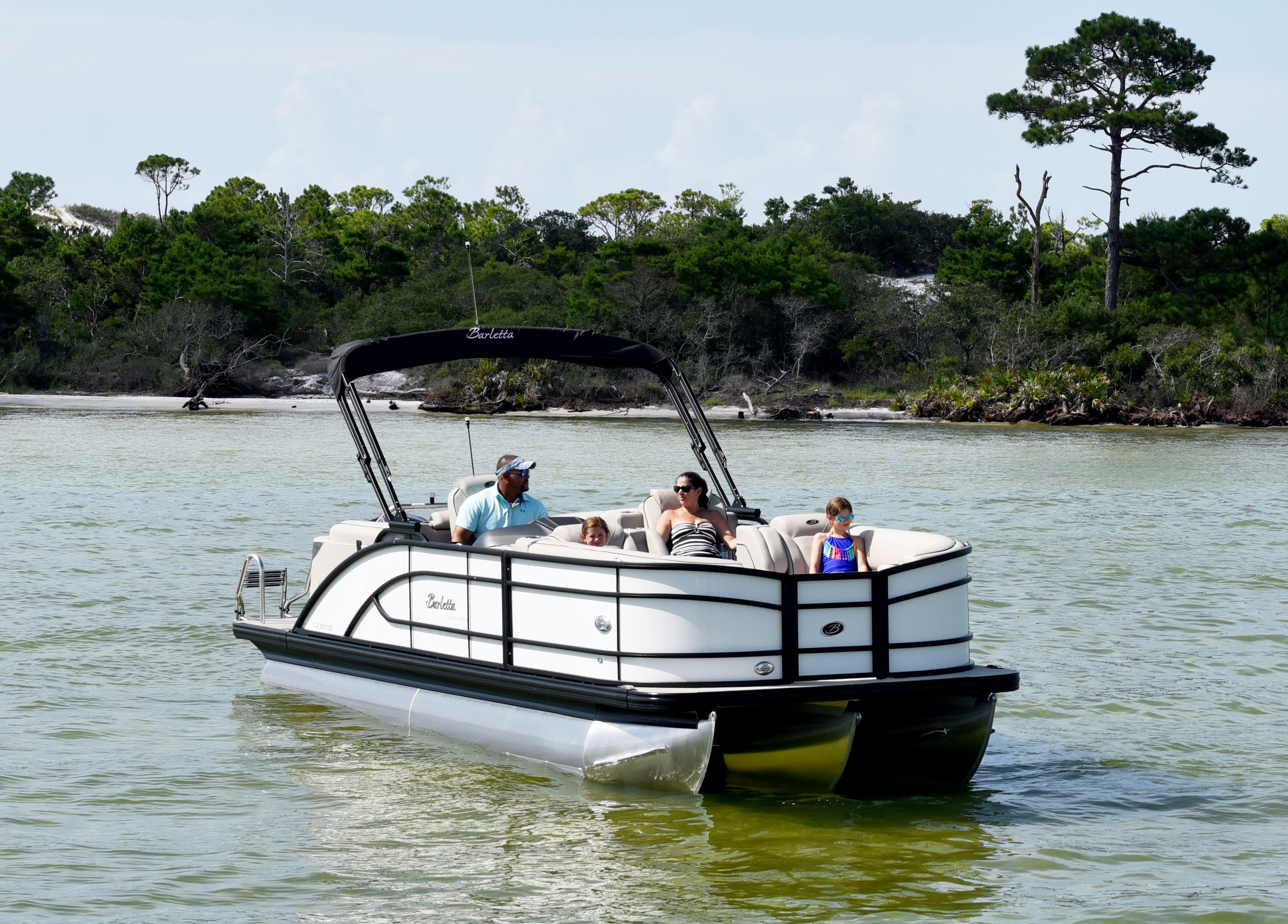 To capitalize on the surge in interest in pontoons by coastal boaters, however, manufacturers had to address customer concerns about corrosion and marine growth that can affect boats used and berthed in saltwater. Today, many pontoon and tritoon manufacturers offer a saltwater package option for their boat models that includes sealing the keel and other hull openings against intrusion by saltwater and barnacles, as well as adding a sacrificial anode to protect the metal hulls against corrosion. Typically, upgraded stainless steel and other materials that perform better in the saltwater environment are also included in these packages.

“We offer a saltwater package to reassure customers that we are adding extra layers of protection to our aluminum pontoon hull for the harsh saltwater environment,” said Koschak. The Manitou saltwater package even includes a water-separating fuel filter that helps to regulate the quality of fuel in regions with big temperature swings and high humidity, like in Florida.

The Barletta saltwater package is called its Coastal Edition. The builder also offers to coat the pontoon hulls with a “Metal Jacket” engineered using nanotechnology to provide protection for pontoons in saltwater. Haradine added that this coating is best used on boats that are stored out of the water. “The Metal Jacket is great for short periods in saltwater. For [pontoons stored in] full-time slips, we would also want a barrier coat painted on,” he said.

The outboard engines that boatbuilders and dealers are using to power pontoons bound for coastal markets also utilize advanced technology to withstand the rigors of saltwater use. Mercury Marine is a global leader when it comes to protecting outboard engines from corrosion in harsh saltwater environments. Mercury also has developed proprietary paint processes, improved lost foam casting and developed its own metal alloys, including XK360, the most corrosion-resistant aluminum alloy available, all to help fend off the harmful effects of corrosion.

Pontoon boats are the perfect way to enjoy a day on the water with family and friends, whether it’s running along the Intracoastal Waterway, hanging on the hook in a pretty bay or parked at the sandbar with a bunch of other boats. With a Mercury engine on the transom, they make an unbeatable combination, and you are probably going to see a lot more of them in coastal waters soon!