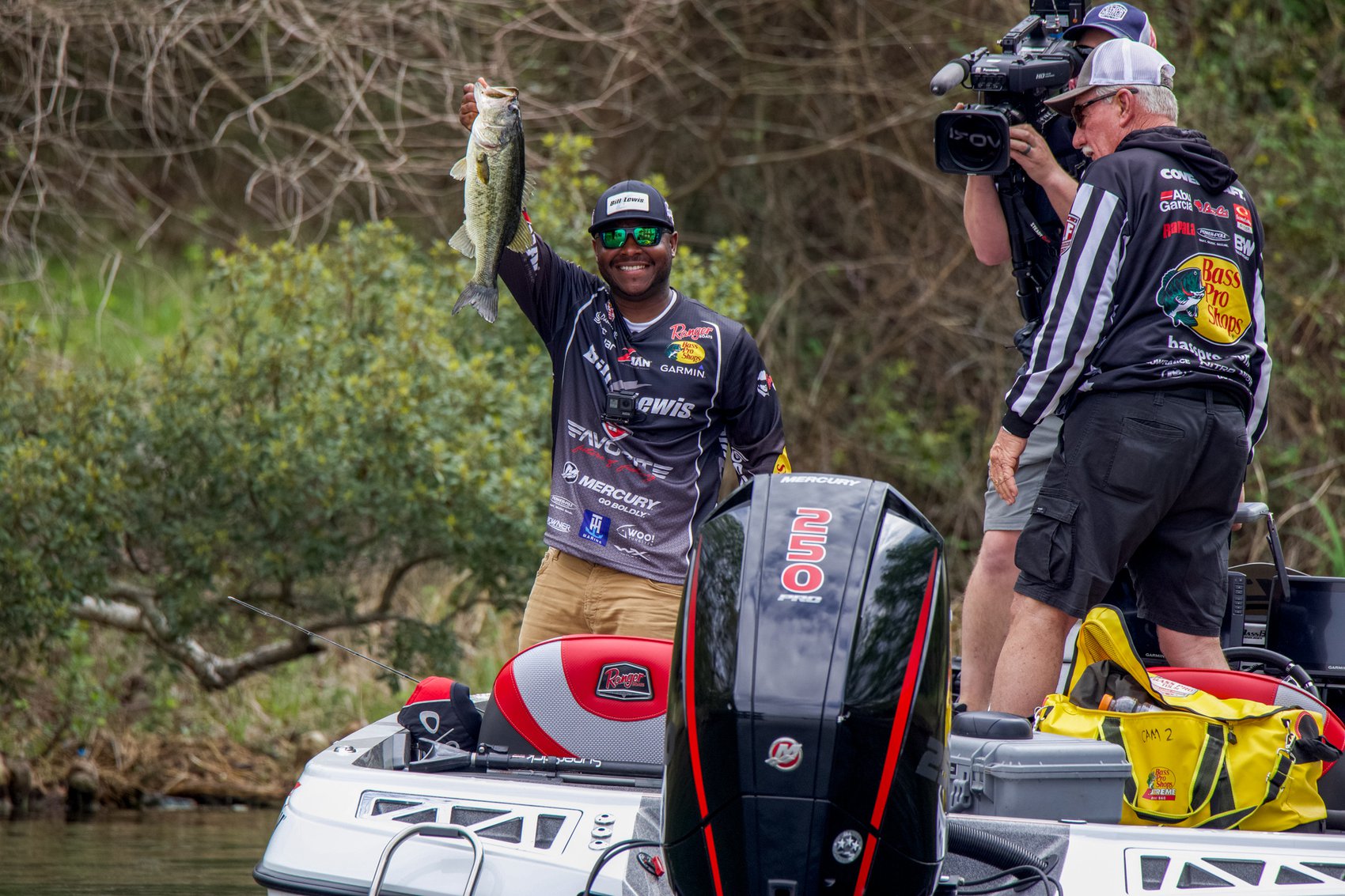 “When you give others a new chance, a new chance is really being given to you.” ― Bryant McGill, author

Becoming a better angler requires hours on the water. Watching videos, researching online and reading every fishing magazine available will help, but there remains no substitute for being on the water figuring out how to make fish bite.

To become a professional with a shot at making a living fishing takes an extra measure of commitment. It takes thousands of hours on the water and the foresight to capitalize on every chance.

Professional bass angler Mark Daniels Jr. knows all about putting in the work and taking advantage of his chances. Daniels, who’s affectionately known in the bass scene as “MDJ,” grew up in Richmond, California, in the East Bay region of the Golden State. His introduction to fishing came when he was barely able to lift a rod. 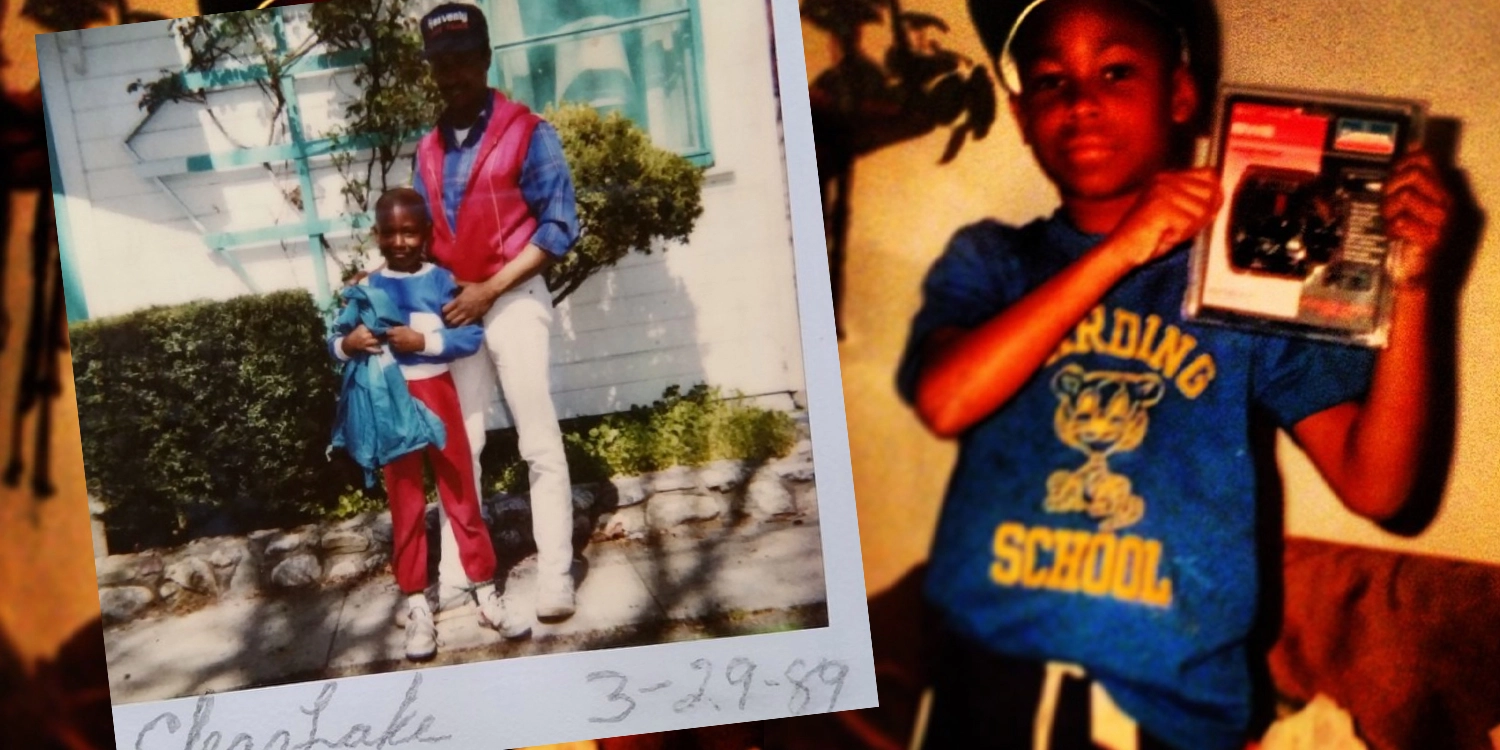 “Dad loved to fish but didn’t really know anything about it,” Daniels recalled. “We fished for fun and food. Ocean perch was the species we fished for a lot. We were bait-fishing. Dad took me when I was very young, maybe 1 year old, as soon as I could walk. San Francisco Bay was where we fished.”

In Daniels’ early teens, the family moved about 35 miles northeast to Fairfield. In those days Daniels fished inner-city ponds, or what he called “duck ponds.” That’s also about the time he started watching bass fishing on television and began gaining interest in fishing with artificial lures. After his dad bought him some bass-fishing tackle, Daniels started hanging out at the city ponds even more to test out his new equipment.

It was about that time that Daniels got his first big chance – one that sealed his fate to chase the tournament scene.

“I was very fortunate to have a family that fished and a really good family friend, Doug Rogers, who was fishing bass tournaments out of a 16-foot Bayliner,” Daniels recalled. “He took me to the California Delta, and I have been hooked ever since.”

Rogers knew a passion for fishing when he saw it, which is why he used to send tackle in the mail to Daniels to help encourage him to keep fishing. His support led to Daniels joining the Bass Anglers of Northern California bass club at age 11. At 14, after his parents signed a special waiver for him to compete as a co-angler in the back of another angler’s boat (it was required because of his age), Daniels fished in his first bass tournament.

As the fishing bug took hold, the family kept up its support. They bought a boat that year, which gave Daniels the chance to fish every weekend.

When he was 16, Daniels got his next big chance in a tournament hosted by The Bass Federation (TBF) on Lake Sonoma, and he made the most of it.

“One of the guys (on the boater side) didn’t show, so they had too many non-boaters,” he recalled. “I begged my dad to let me fish as the boater. We already had our boat down there practicing.

“I finished third. That’s what gave me a huge boost of confidence that I need to pursue this.”

“I got fed up with it and decided to go to college,” he said. “I left California and went to Alabama in 2001. I was a 20-year-old freshman, being a little more mature helped me focus on school.”

With tournament fishing temporarily on hold, Daniels set sights on earning an environmental science degree, which he received from Tuskegee University in 2006. He then returned to California with Taneisha, his wife, and their son, Mark III. 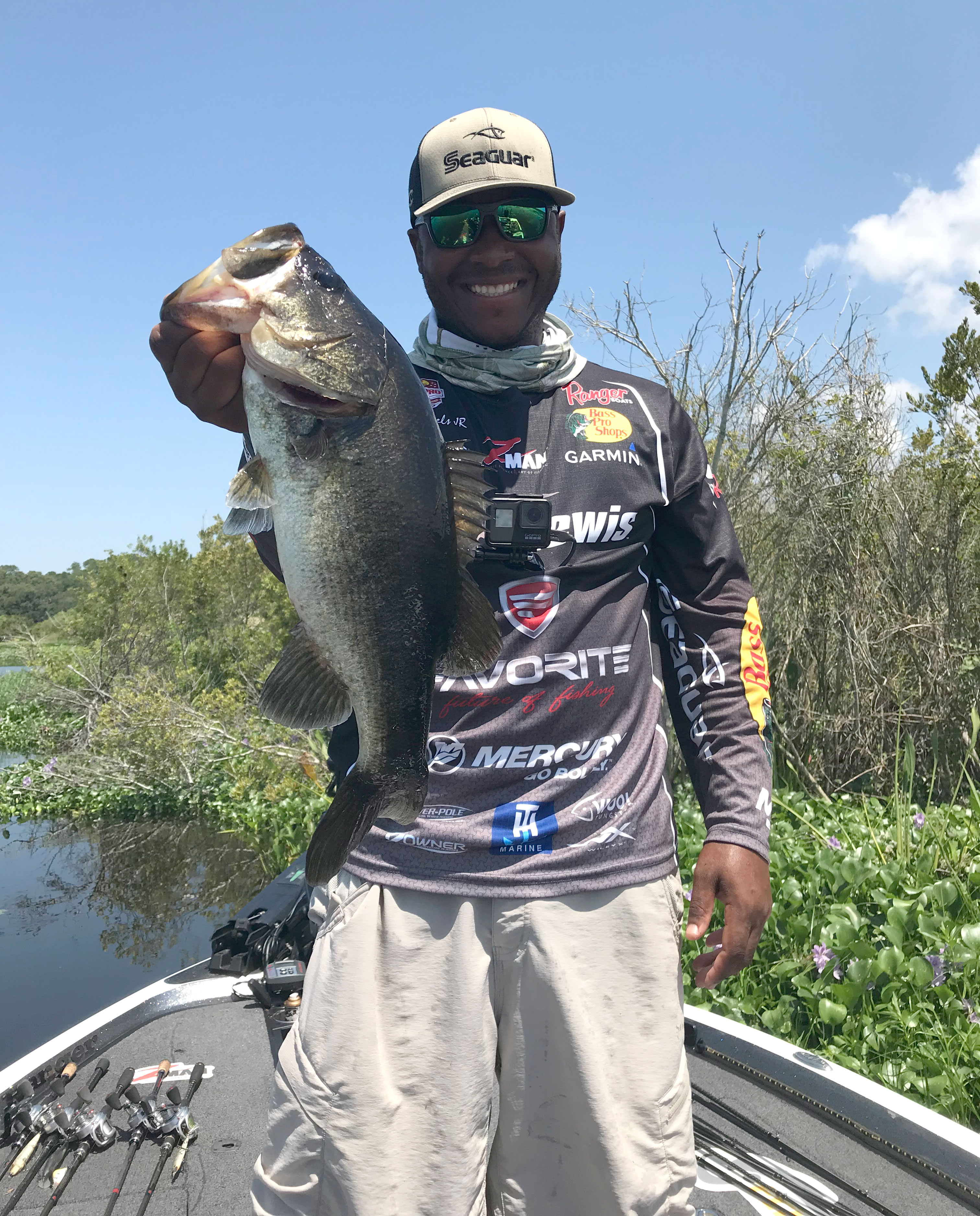 For the next several years, Daniels fished as much as possible. He got a job as an agricultural inspector and was able to make a living while pursuing his passion for bass fishing on the side. The chase culminated with him winning the 2013 TBF National Championship on Grand Lake in Oklahoma. It was one of club-level bass fishing’s biggest events, and winning it qualified Daniels for the pro-level FLW Tour. He was also awarded the TBF “Living the Dream” package, which included use of a boat and truck on tour plus entry fees and a travel stipend.

A free ride on the FLW Tour was his most significant chance yet, and Daniels knew it. That’s why, the following January, after leaving his job, Daniels moved his family, which now included daughter Morgan, back to Alabama to be closer to the waters where he was about to launch his pro career.

Daniels proved to be a quick study. He finished 97th, 26th and 79th in the standings in three seasons with FLW, and in 2016 he qualified for the Bassmaster Elite Series by finishing sixth in the Bassmaster Opens Southern Division. Daniels spent the next two seasons on the Elite Series, where he compiled finishes of 18th and 13th in the point standings while earning his first pro-level win at the July 2018 event on Lake Oahe.

In 2019, already well-established as a top performer at the pro ranks, Daniels made the transition to the new Major League Fishing Bass Pro Tour (BPT), where he competes today. He finished 28th in the point standings in the inaugural season, setting up what has been his best year yet in 2020.

This year, Daniels finished ninth in the BPT standings and nearly won two events, finishing third at Lake Athens and runner-up at Sturgeon Bay. Strong efforts this season helped Daniels climb from 24th in the BassFan World Rankings at the start of the year to his current rank of 10th. 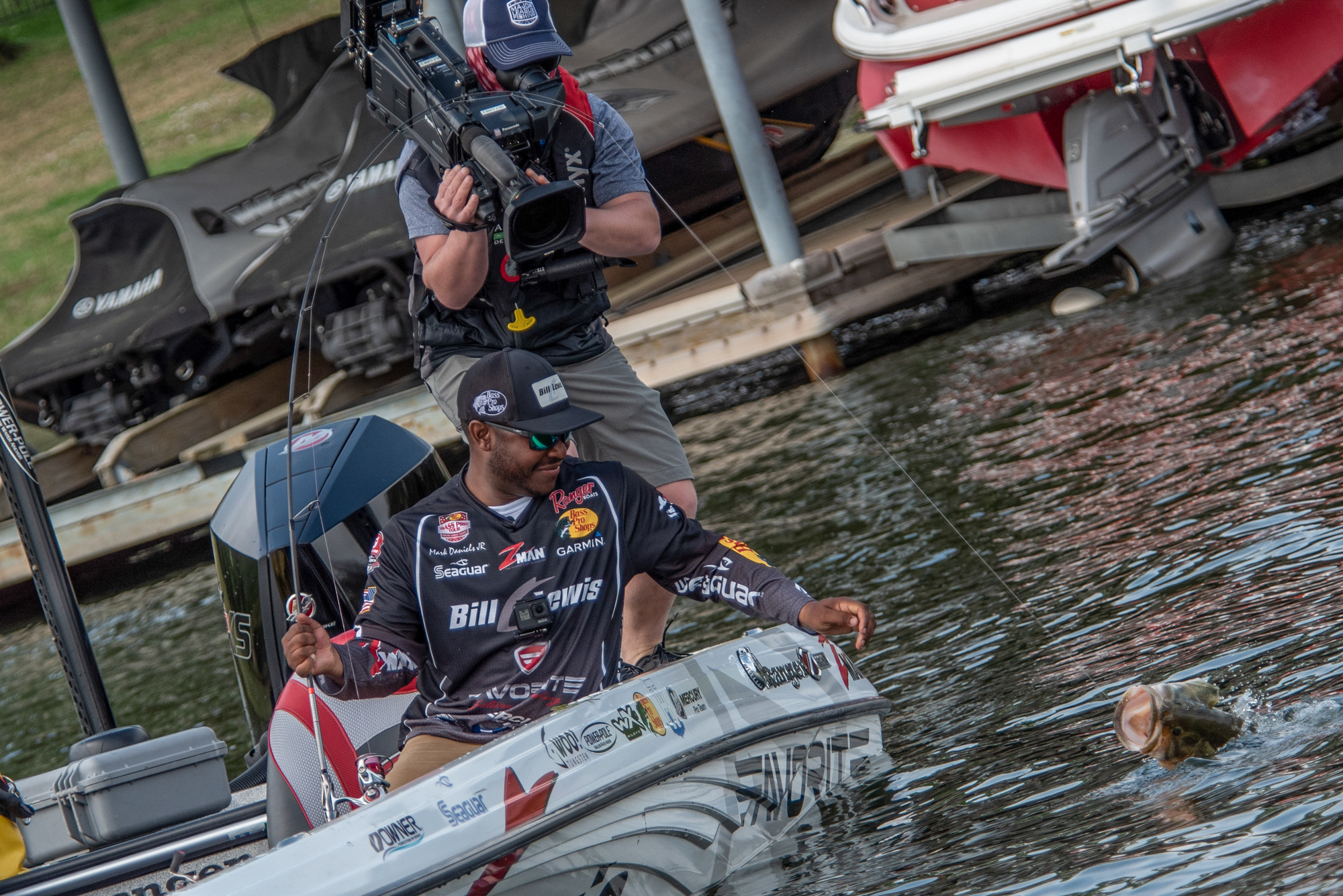 Daniels’ ability to capitalize on his opportunities – to make the most of his chances – is a big part of why he’s been able to so quickly climb from a club-level angler, working a full-time job off the water, to a prominent place in the industry in just seven seasons.

Looking back, Daniels holds in high esteem those companies in the fishing industry that supported him early on and helped him get to where he is today. He specifically called out Wes Higgins at Bill Lewis Lures and Dean Yoshizumi at Hi’s Tackle Box. They were among his early supporters and later introduced him to the folks at Seaguar fishing line, one of his current sponsors. Daniels also joined the Mercury Pro Team in 2015.

“I have a lot of respect for companies that were willing to give me a chance,” he said. “You have to start somewhere. Someone has to take that initial chance. (Many) companies are scared to do so because they’re not sure what their return on investment might be.”

Investing in Daniels has obviously paid off, in terms of his on-the-water success and his ability to inspire others to chase their dreams. He recognizes the value in setting a good example because he had one when he was coming up, too.

“I feel like I’m as successful as any angler out there,” Daniels said. “Me being in this position should help others say, ‘Mark is doing it, I can do it.’

“Seeing is believing,” he added. “I was fortunate enough to know (fellow BPT angler) Ish Monroe from the time I was a child. Being able to watch him and see that firsthand, and watch his career, was very inspiring. Seeing a black man – the only one – succeed in the game I love was inspiring.”

Daniels’ advice to aspiring pros, regardless of ethnicity or gender, is the same.

“You get out what you put in here in this fishing game. That goes for everybody. The fishing industry is hard on aspiring pros, no matter who you are. This industry is changing; you have to do more than catch fish to give yourself a chance. 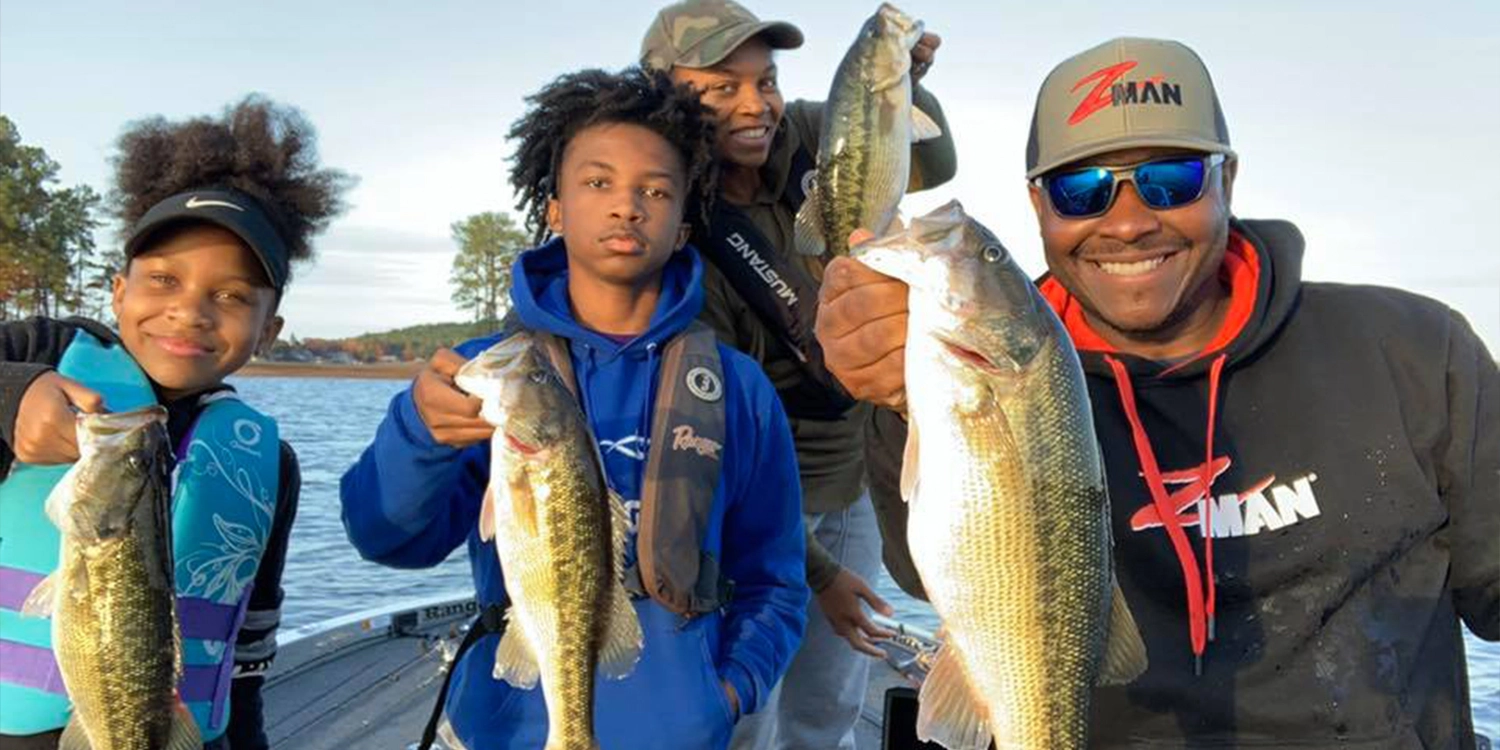 “You have these dreams, these goals, these passions, and you have to pursue them and not be derailed by naysayers. That’s my biggest thing. Had I listened to naysayers, I wouldn’t be where I am. I would have never left my job to chase professional bass fishing. I almost didn’t do it. Making that decision was the best decision in my life. Actually, it’s a tie between that and marrying my wife. She knows all the struggles we’ve been through, too. It has been a 180. That’s what happens when you pursue your passion.

“I like that quote: ‘When you give others a new chance, a new chance is really being given to you.’ It’s true.”

Mark Daniels Jr. is living proof that when someone gets a new chance and takes it, it just might be the best decision they make in life. And in turn, they will inspire others.