How to Use a VHF Radio

A VHF radio is the most reliable way to communicate with the authorities when you need help on the water. 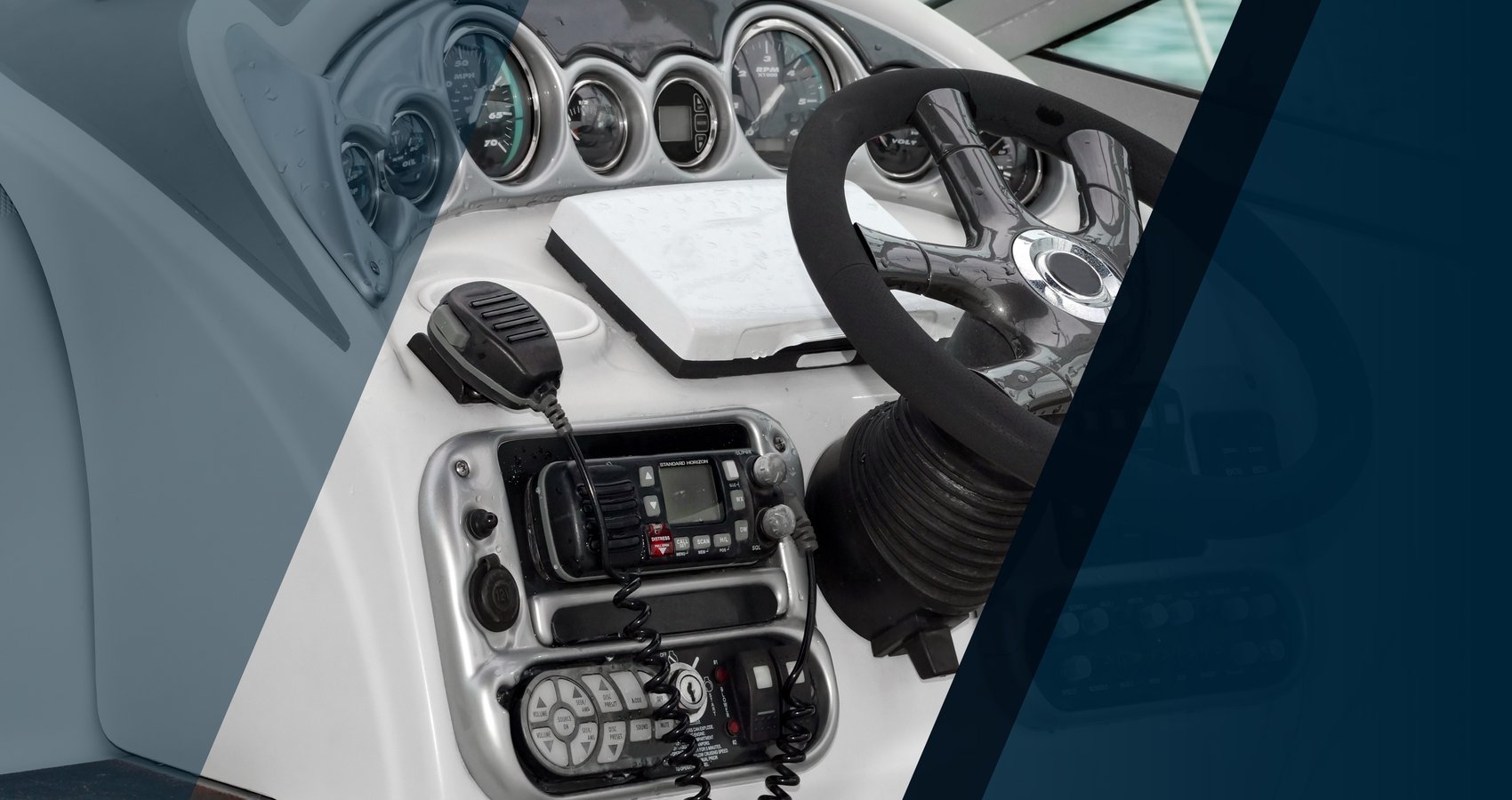 We all have cellphones these days, and they help us stay in touch with the wider world. Yet, cell service can often be unreliable on the water. Especially for those who head deep into the backcountry or far out into a bay or ocean, phones simply can’t always be counted on in case of an emergency. Plus, cellphones are at risk of drops to the deck and water damage, so even if you stay within cell range you should include a backup form of communication in your boating safety plan. For that, a VHF radio is the hands-down most reliable way to call for assistance when you’re on a boat.

How to Use a VHF Radio

Using a VHF is very simple. It can be boiled down to a five-step process:

These are the most important basics, but also consider courtesy and legality when using a VHF. It’s impolite to “step” on someone else’s communications by transmitting while they’re in the middle of a conversation. It’s also very impolite to use profanity. On other boats, everyone aboard – kids included – can hear what you’re saying. When it comes to channel 16, which is used to call the U.S. Coast Guard for help, it’s against the law to use it for “superfluous communication,” general calls or when your boat is on land. Naturally, it’s also illegal to make a false distress call.

Marine VHF radios have 25 or more channels. While most channels can be used for boat-to-boat communication, a few of them are reserved for specific uses. These are listed in order of likely importance to you, as a recreational boater.

Channel 16 – For distress, safety and establishing initial communication only. Channel 16 should never be used for chitchat or extended communications. If you call the U.S. Coast Guard on channel 16, they will usually have you switch to a “working” channel such as 22.

Channel 22 – Used by the Coast Guard for extended communication.

Channel 9 – For initially hailing and establishing communication with other boats (before switching to a different channel).

Marine VHF radios are built to certain specifications, so even inexpensive models offer the same baseline performance. More expensive models add perks such as built-in hailers, channel scanning abilities, wireless microphones and more. VHFs can be broken down into two categories: fixed-mount and hand-held units. Hand-held units have limited power (usually just five or six watts), limited battery life and limited range (variable depending on atmospheric conditions and antenna height), and should only be depended on if your boat never goes more than a few miles from civilization. Fixed-mount units put out up to 25 watts. Their range is generally 20 miles or significantly farther (again, depending on atmospheric conditions and antenna height). Critically, fixed-mount units are wired to fixed antennas, and antenna height is generally the most limiting factor when it comes to radio range. So, the higher your antenna, the more range you’ll have.

All modern fixed-mount marine VHF radios have something called Digital Selective Calling (DSC) built in. To make DSC ready to use (called “active” DSC), you need to register your radio, get a Maritime Mobile Service Identity (MMSI) number and program that number into your radio. With active DSC, you can press an emergency SOS button on the face of the radio, and it will immediately send a distress signal, including your identity and GPS location, to the U.S. Coast Guard. For this to work, however, your radio must either have integrated GPS or be wired to your chartplotter as per the manufacturer’s instructions. To simplify installation and enhance reliability it’s often smart to spend a bit more and get a VHF that has onboard GPS when choosing a new unit.

Remember, the U.S. Coast Guard is always monitoring channel 16. If you ever have an emergency out on the water, your marine VHF radio will be the fastest, most reliable way to call for help.

6 Questions to Ask Your Boat Dealer

While many first-time boat buyers start by researching their new-boat purchase online, working with a dealer can be a crucial part of the process. In addition to seeing the features and amenities of the boat models on your list in ...

Having a marine toilet, nautically known as a “head,” on your boat can add greatly to the comfort level of everyone on board and let you stay out on the water longer. Nevertheless, many owners of boats big enough to ...

Whether you bought your boat a week ago, a year ago or a decade ago, one thing is for sure: You want to keep it as well-protected as possible. Keeping a boat under cover means soft goods such as seat ...

Being prepared is a big part of boating safety. It starts with carrying the proper safety equipment and understanding how to use it. One of the recommended items you should keep aboard is a first-aid kit. Although first-aid kits aren’t ...