Choosing the Best Anchor and Anchoring Your Boat

With several types and sizes of anchors to choose from, how do you know which is the best option for your boat? 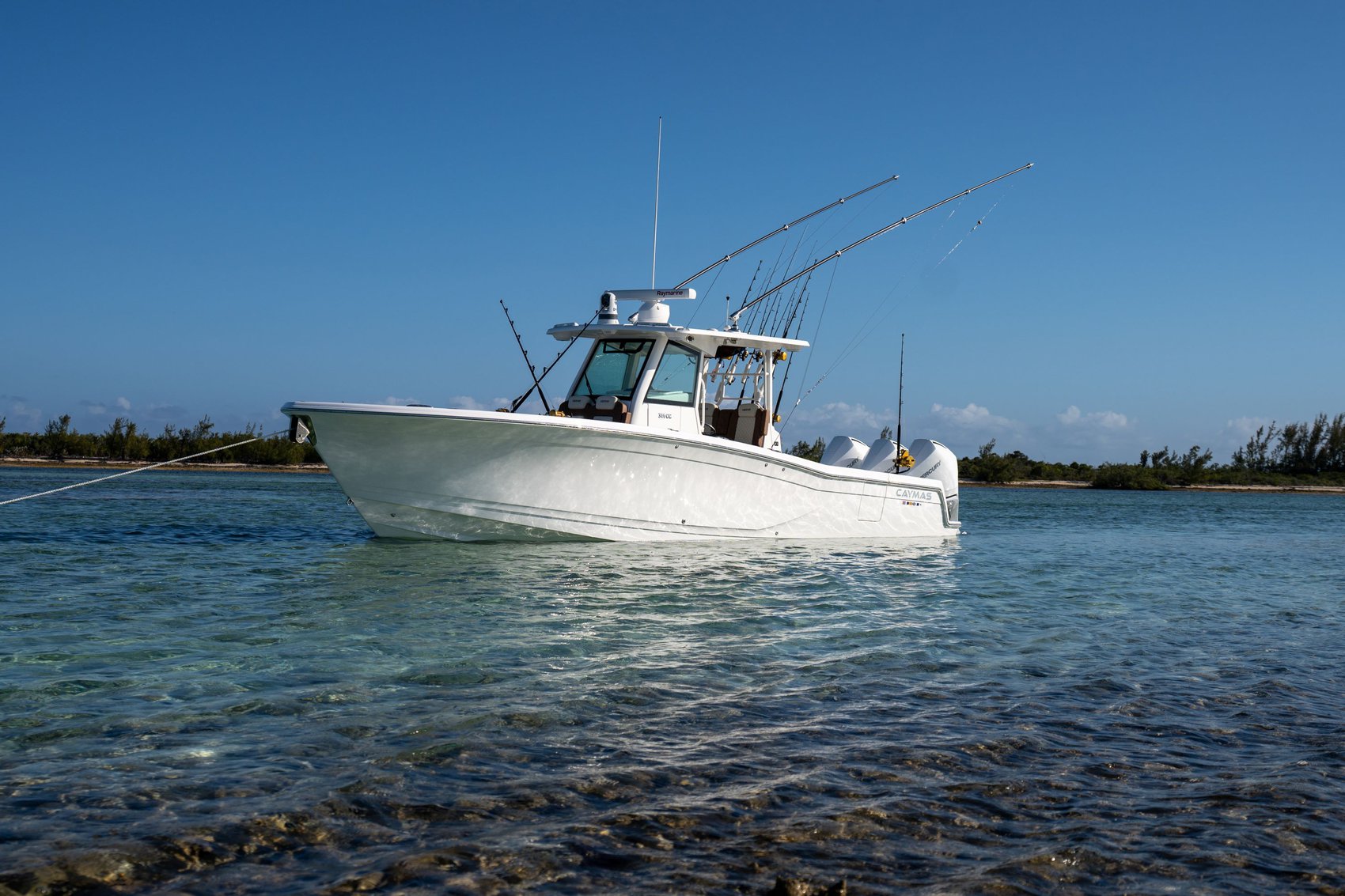 Choosing the best anchor for your boat is an important safety matter. In fact, an anchor and rode (the line connecting the anchor to the boat) are among the required onboard equipment we included in our Tips for Safe Boating blog because a proper anchor can prevent you from drifting aimlessly – and potentially into danger – if your boat should lose power for any reason.

If you walk into a boating supply store, you’ll see dozens of styles, shapes and sizes of anchors. The best choice for your boat depends on several factors. Let’s look at the major types one by one:

Claw anchors are sometimes referred to as Bruce anchors. They have claw-shaped flukes – the projections that hold an anchor firmly on the bottom – attached to a downturned shank. The outer flukes curve up to help the anchor right itself no matter how it sinks or drags on bottom so that a claw anchor will usually reset itself if it gets pulled loose by changing winds or currents. Claw anchors are usually effective on rocky and sandy bottoms, though variations with large flukes are effective to some degree in mud. However, their shape makes them very difficult to stow unless the boat has a bow pulpit where the anchor can be secured.

Danforth anchors are among the most popular anchor types because they offer excellent holding power in different bottom types with minimal weight. The large flukes dig in and grab particularly well in sand and mud, but they might skip over some rocky or weedy bottoms. Danforth anchors also fold nearly flat, which makes them relatively easy to stow.

Grappling anchors don’t hold well on most bottom types but can be effective on a rocky bottom and are often the only anchors that hold well on wrecks and reefs. Many anglers and divers carry one for holding tight to this sort of structure. 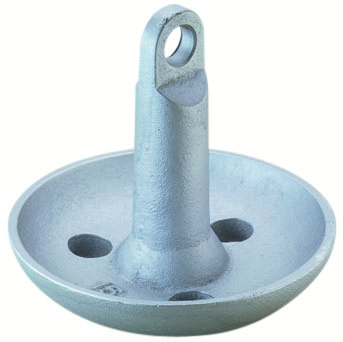 Mushroom anchors, which are shaped like the bell of a mushroom, don’t have great holding power except for in soupy mud, where there’s enough suction for them to grip. However, since they’re easy to stow and don’t foul very often, some boaters like them for quick-and-easy temporary anchoring jobs. Just remember that if you’re using a mushroom anchor, a gust of wind could be all it takes for the anchor to break free from the bottom.

Wedge-shaped plow anchors work well in sand and OK on rocky bottoms, but are particularly useful in grassy areas where Danforth and claw anchors might have trouble digging in. They also do well in hard mud but will often drag through soft mud bottoms. Like claw anchors, they tend to be difficult to stow.

Pole anchors, commonly called “shallow-water anchors,” are the newest type of anchor on the scene. They consist of durable poles mounted to the rear of the boat. When deployed – using either electric motors or a hydraulic system – the poles push into the bottom to temporarily hold position. Pole anchors are usually used by anglers as they cast in shallow water, or for maintaining position while rigging tackle or beaching the boat. They’re effective on all sorts of bottom types. Most models are limited to water less than 10 feet deep and boats less than about 26 feet long.

Rode and Scope for Anchors 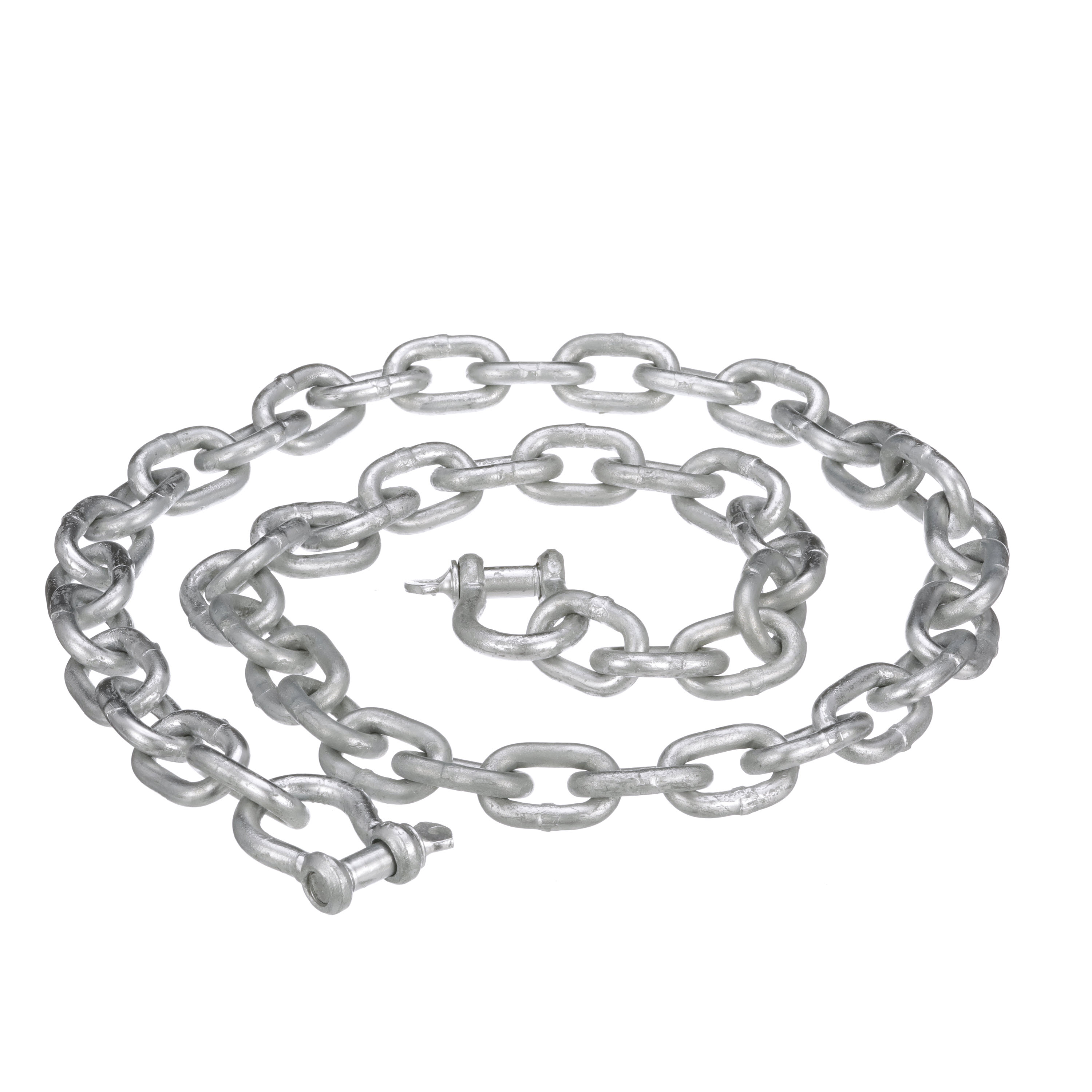 Another important part of anchoring is getting the right “ground tackle” for your boat. The rode (chain and line) and scope (ratio of line out to depth) are both important considerations. For all but the lightest anchoring duties you’ll want the rode to connect to the anchor with a length of chain, which helps direct the anchor’s flukes in the correct way to keep it in place on the bottom even in a strong wind or current. A foot of chain per foot of boat length is a safe rule of thumb. You also need enough line on board to let out enough rode for a sufficient scope, which varies depending on water depth and conditions. As a rule, scope should be at least 5:1 (50 feet of rode in 10 feet of water, for example) in calm conditions, 7:1 in choppy conditions and 10:1 in rough conditions.

You’ve probably noticed that the type of bottom you’ll normally be anchoring over is a critical consideration when choosing the best anchor for your boat. If you match that up with the proper rode and let out enough of it to achieve the proper scope, the next time you want to anchor your boat you can do so with confidence.

How to Anchor Your Boat

Anchoring a boat would seem as simple as lowering the anchor to the bottom and cleating off the line, but many boaters have difficulty with the task. And it’s crucial to know how to anchor your boat because if you ...

Towing a tube is one of the most popular activities people enjoy with their boats, and with good reason. With careful driving, just about anyone can enjoy skimming across the water on a towable. It’s also great fun for the ...

How to Tie the Blood Knot with Timmy Horton

How to Clean and Care for Boat Vinyl

A boat’s vinyl seats might look and feel spectacular when the boat is brand new, but they can quickly deteriorate as sun, salt spray, stains, mold and mildew take their toll. Preventive maintenance is the key to keeping your cushions ...