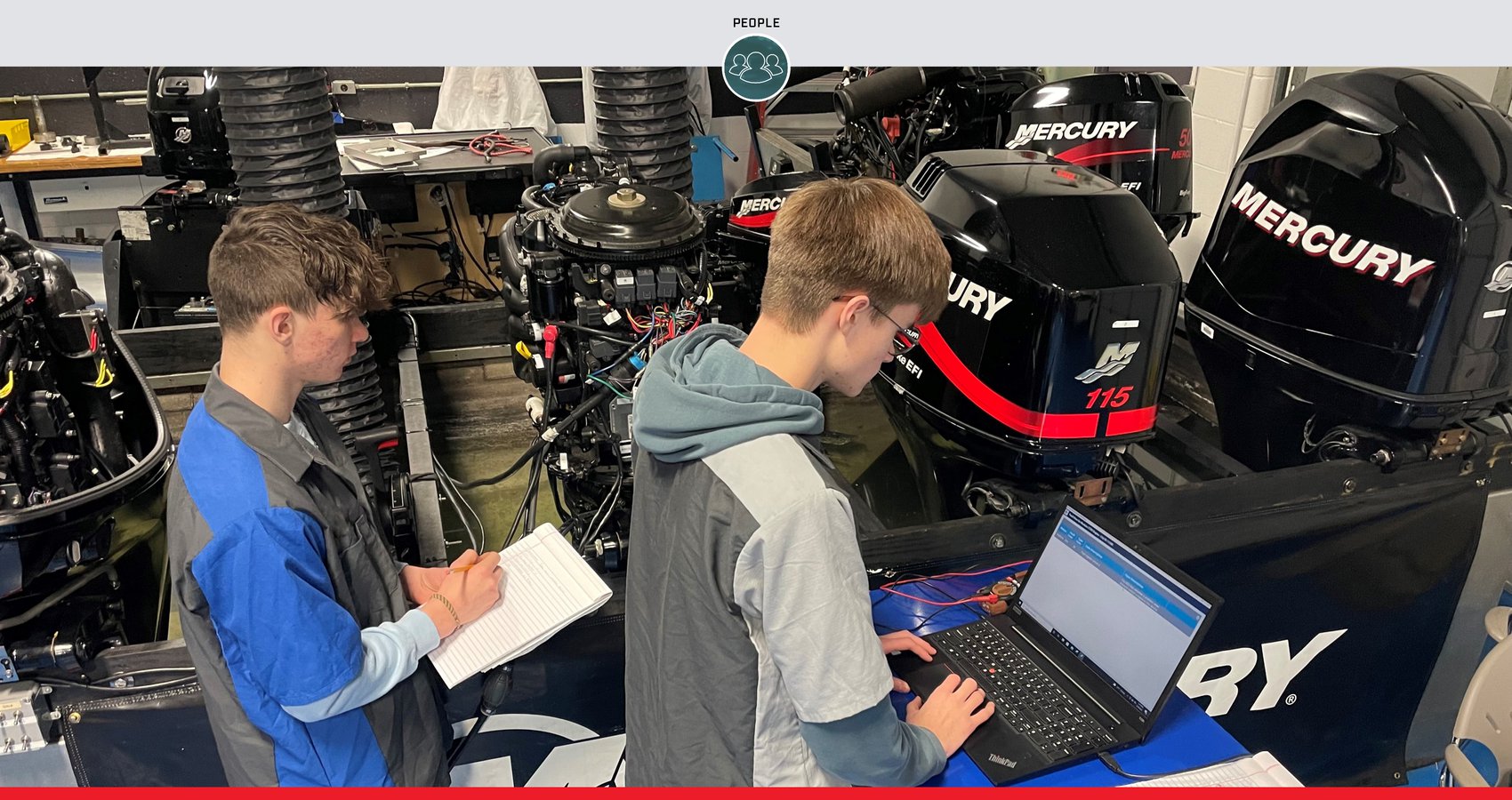 When Bristol, Indiana, pontoon boat builder Barletta Boats, a Mercury Marine Original Equipment Manufacturer (OEM) partner, was acquired by outdoor lifestyle product manufacturer Winnebago Industries, Inc., in August 2021, Barletta founder and President Bill Fenech decided to use some of the proceeds from the sale to thank the company’s dealers.

“I wanted to do something special for the dealers, but I wanted it to be more personal. A lot of our dealers are very philanthropic,” Fenech said.

So, he took a portion of the proceeds representing 1 percent of each dealership’s prior-year Barletta sales and put it into the Bill & Kristin Fenech Foundation, the charitable organization he runs with his wife. The total came to just over $2 million. Next, Fenech contacted every dealership and offered to have the foundation donate its portion to the charitable cause or causes of its choice.

“I asked the dealers to match 10 percent [of the amount we were going to donate to their charity], but here’s what so great about it. Besides the dealers being so excited and helpful, instead of just matching 10 percent, we got many stories where they said, ‘No, Bill, we’re not going to do 10 percent; we matched it at 100 percent or 200 percent,” Fenech recalled.

Fenech had only one stipulation for these donations, which was that the recipients could not be associated with a political cause.

The Barletta dealers chose a wide variety of organizations in their local communities and beyond to benefit from the Bill & Kristin Fenech Foundation’s donation and their own matching gifts. For its part, Dry Dock Marine Center selected three recipients, each of which received a total of $10,000. They included the local humane society and the Steuben County, Indiana, Metropolitan School District’s underfunded extracurricular programs. Dry Dock, which is a Mercury Authorized Dealer, also chose to donate $10,000 to the IMPACT Institute, a vocational school that offers marine service technician training to high school and adult education students.

Impact Institute marine service technology instructor Ryan Ramsay said the $10,000 donation will be put to good use. The school already has used some of the funds to purchase a thermal imaging tool that will allow students to better understand engine cooling systems.

“Some of the bigger-ticket items sometimes can be denied with school budgets, so this donation opens the door to purchase these,” he said.

In addition, Ramsay continued, “We utilize Mercury’s G3 diagnostic software, and trying to get students crowded around a small laptop screen is tough to do, especially when we have over 20 students in our morning class. So, we are interested in purchasing TV screens to mount near the test-cell areas, which mimic Mercury Marine’s training centers.”

The donation also will help the Impact Institute to purchase parts for its Mercury test engines so it can train students in key maintenance procedures.

“My dad has been on the board of Impact Institute for years,” Archbold said. “We’ve had their students intern with us during summers and the school year. If all goes well, we have hired them on after graduation. They have directly benefited us hugely, so giving back to them was no big deal.”

Thanks to donations like the one to Impact Institute, Bill Fenech’s generosity not only has rewarded Barletta’s dealers and impacted their local communities, but it also is helping to ensure the future of boating itself.

Mercury is no stranger to demanding users, environments and conditions for its engines. Commercial fishing, law enforcement, racing, search and rescue, and tournament angling are just a few of the applications that push equipment to its limits. But there are ...