From the fishing the piers and surf on the North Carolina coast to commanding the seas in a SeaVee 390Z powered by quad Mercury Verado 400hp engines, the Henderson family, also known competitively as Team Liquid Fire, has made fishing more than leisure.

Talk to the top professionals in any field, and they’ll tell you their version of the same thing: it takes a ridiculous amount of hard work to become elite.

And there are no shortcuts.

In 2002, Mark Henderson and his family moved from east Tennessee to the coast of North Carolina and immediately connected with their new saltwater environment. Because they had yet to buy a boat, the family spent the first two and a half years fishing the surf and from piers. They learned the fundamentals and were having a good time, but then in 2004, an invitation to fish a tournament with a friend, Ben Beasley, from his boat changed the course of their lives. Suddenly, Mark – along with sons Joshua, then 13, and Crockett, then 7 – couldn’t get enough.

In late 2004, the family bought its first center console boat, and in 2005 began tournament fishing as the Liquid Fire Fishing Team. That one tournament set them on a journey that continues today. 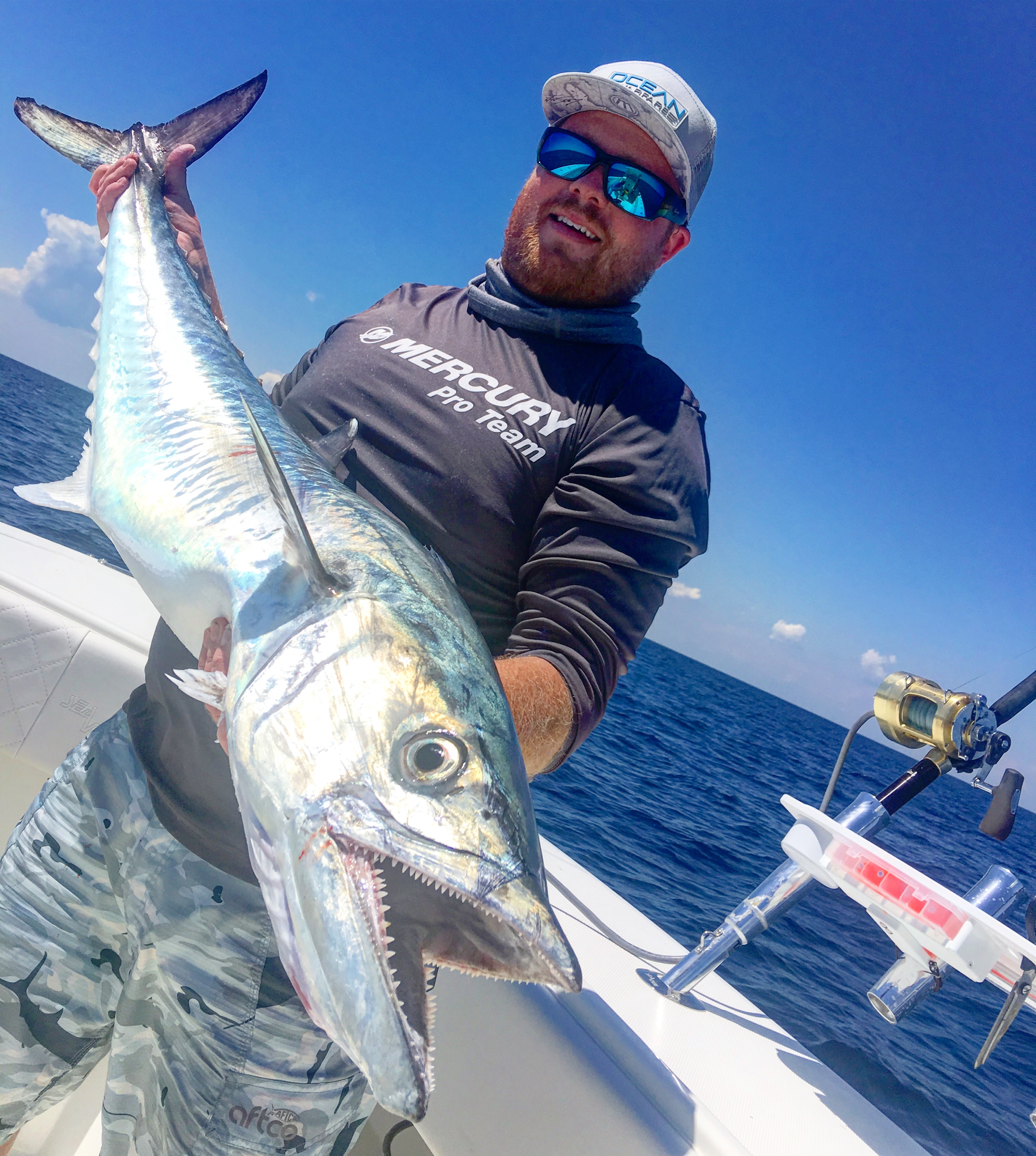 Patriarch Mark, 54, and sons Joshua, now 29, and Crockett, 23 – often joined by Mark’s wife, Audrey, and/or her brother Chris Waters – have been on the tournament trail, traveling, fishing, winning and losing – as a family – for 15 years.

“Every once in a while, we’ll have a friend join us,” Mark said. “But for 99 percent of the tournaments, it’s just the family.”

And it’s not just a few local tournaments: Liquid Fire can be spotted at virtually every major tournament east of the Mississippi River, especially king mackerel tournaments with big payouts.

“We’ve fished everywhere from Ocean City, Maryland, at the White Marlin Open, all the way down to Fourchon, Louisiana,” said Mark. “The Keys, the west coast of Florida, you name it. Fortunately, we’ve had the opportunity to fish in some really neat places.

“It’s been a lot of fun, and my family has been able to enjoy it together. It’s been a bonding lifestyle for us. We’re still very close, and we’re very thankful for that.”

Mark called out the Cape Lookout Shootout Series, the Kingfish Cup, and the Swansboro Five-0 as some of the team’s favorites. They also fish Southern Kingfish Association events up and down the coast, and the team was named SKA Angler of the Year in 2008.

A serious fishing team needs a serious fishing boat, and Liquid Fire has one that’s no joke. They’re running a SeaVee 390Z powered by quad Mercury Verado 400hp engines. Mark said his team absolutely loves its Verado outboards – they became Mercury Pro Staff members in 2016 – and they’ve got more than a few data points to compare them to.

“Since 2006, we’ve had 15 outboards 350hp and above, but these are awesome,” he said. “With tournament fishing, obviously, speed is a big thing. They’re fast and responsive, so they get up on plane a lot faster than my previous Yamaha's did. They’re fuel-efficient, and they’re extremely quiet. It’s all a big difference from what I was used to with the Yamaha 350s.” 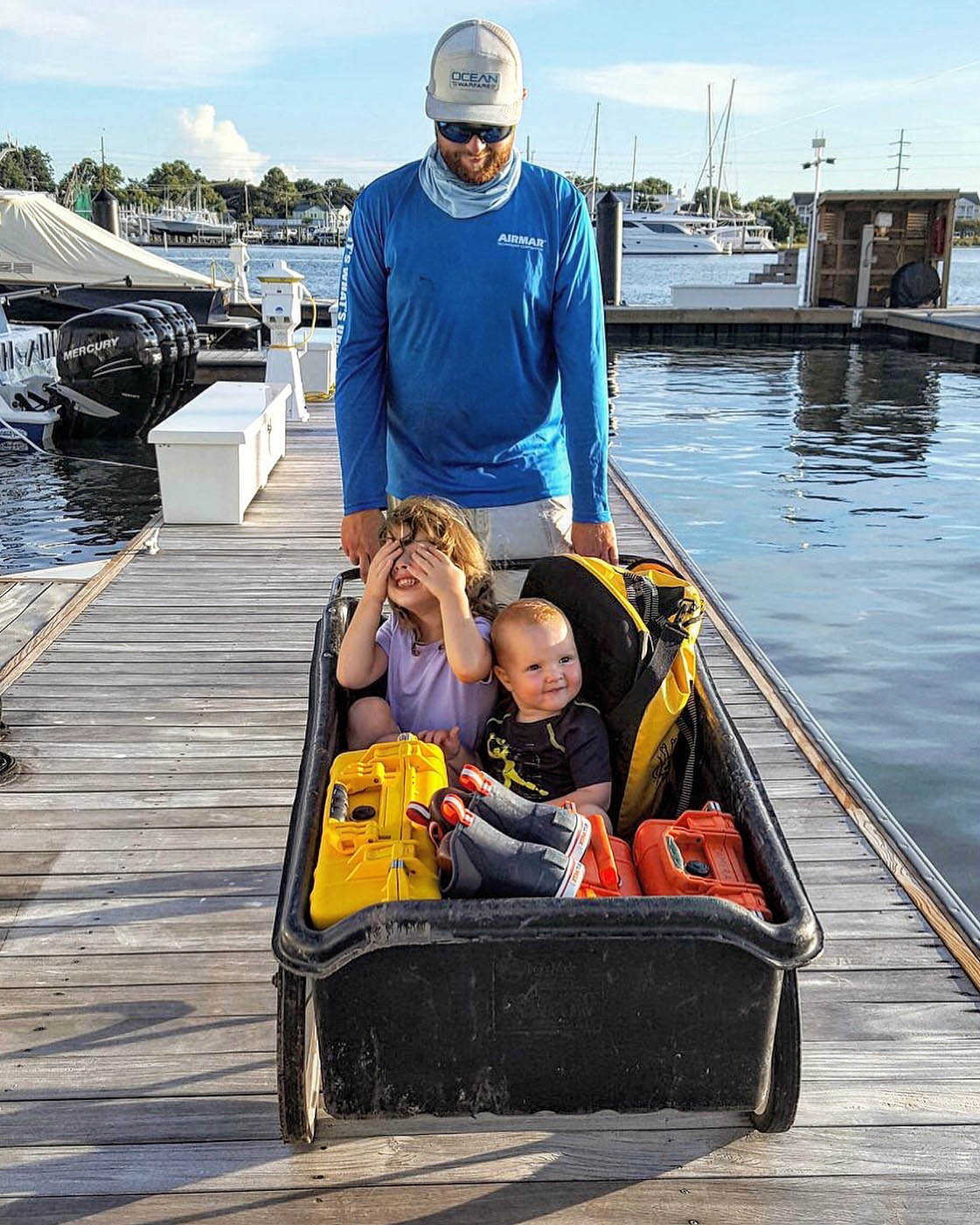 The absolute top speed on the boat is a whopping 78 mph and loaded with 560 gallons of fuel, four team members, 300 gallons of live-well water, tournament gear and 300 pounds of ice; it still can hit 74. And while the speed is nice, Mark said the fuel efficiency is one of his favorite qualities.

“The fuel efficiency is just amazing,” he said, “and they’ve been very reliable and easy to service. They’re a fantastic product.”

By the way, when Mark said that a fishing tournament changed the course of the Henderson family’s life, that didn’t apply only to their free time.

You might say that fishing has influenced Joshua and Crockett’s career choices as well: When they aren’t fishing tournaments, they can be found operating the successful Liquid Fire Sportfishing charter business out of their home base in Swansboro. And it seems likely that Team Liquid Fire will become a three-generation affair a few years down the road – Joshua has two children, and Mark and Audrey’s daughter, Rachael, has a young son as well.

“There’s another generation coming, and it looks like they’re going to want to do it, so that’s good news,” Mark said. “More than anything, my sons enjoying the sport and activity, watching them grow up in it and making their living at it, and bringing up their kids in it, it’s meant a lot to me.”