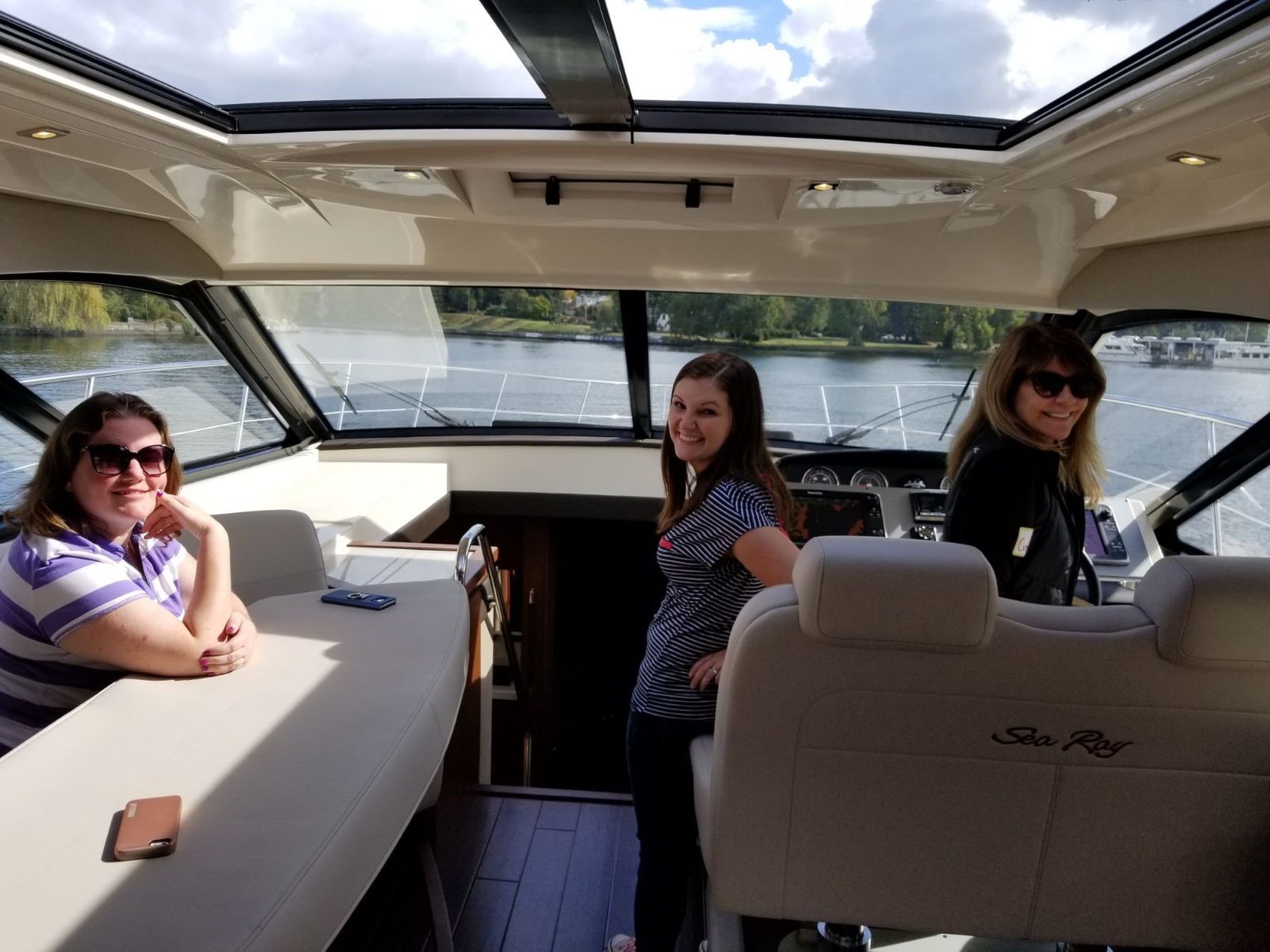 “We teach them how to tie knots, how to properly tie up a boat, and basic navigation,” said Helgen. “Then we teach them to drive and how to put the boat at the dock. In an emergency, everyone on board needs to know how to dock the boat. We also like to show them all the new technologies, such as joystick products – Joystick Piloting for Sterndrives (Axius), Zeus and Joystick Piloting for Outboards.