Follow these simple steps in the event you catch a tagged fish. 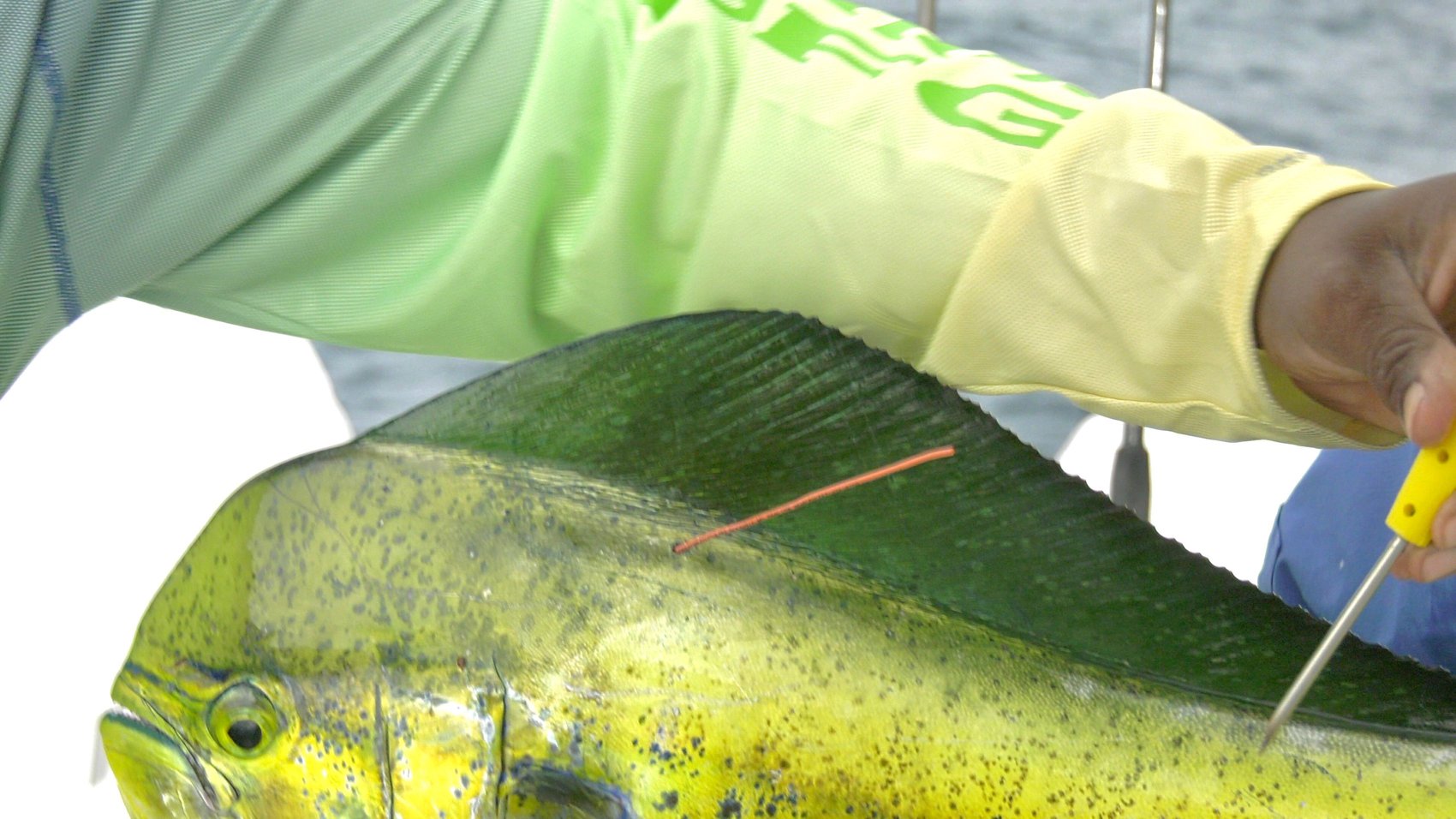 So you’ve finally got that mahi-mahi (or any fish for that matter) into the boat when you notice a decidedly non-mahi-like part sticking out of it. Upon closer inspection, you see it looks like a short piece of insulated wire with some random numbers and an acronym printed on it. 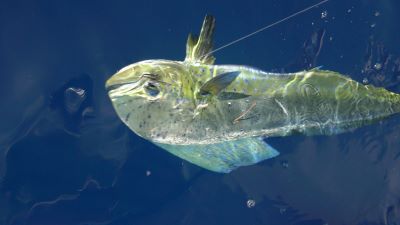 You’ve simply caught a tagged fish. And as a good steward of the water, you have a duty to record a little bit of information to help scientists monitor the fishery and further research aimed at helping you catch more fish in the future.

Fish – freshwater, pelagic, and everything in between – are tagged by a plethora of federal, state, and scientific agencies for a variety of reasons, some general and some quite specific. But generally speaking, the goal is the same: to help scientists capture data and use it to improve the health of the fishery. Information from tagging programs helps the agencies understand populations, migration patterns, growth rates, and many other things. Thousands upon thousands of fish are tagged and released every year, from small freshwater species to sharks and marlin. Sometimes sophisticated electronic devices that actively collect all manner of data are used, but most often, simple identification tags are used, like the streamer or spaghetti tag our aforementioned red drum was sporting. Other common types resemble small metal clips or plastic discs.

No matter the type, virtually all tags you encounter will have something in common: an identification number and some sort of contact information for the agency that is collecting the data. And all of the biologists’ efforts will be for naught if you don’t act. As you might imagine, the vast majority of tags are never seen again once the fish is initially released, so we as anglers must follow through on every data collection opportunity. When you catch a tagged fish, please do the following: 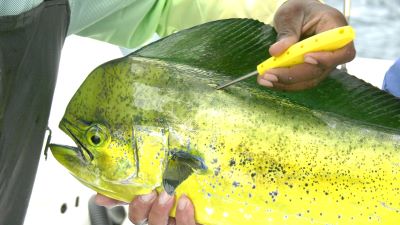 That’s it! You’re practically a scientist! Or at least an angler who wants the fishery to be healthy and thriving for your next outing, and the next generation.

For more information about tagging programs and how you can do your part, visit www.fishtag.info.