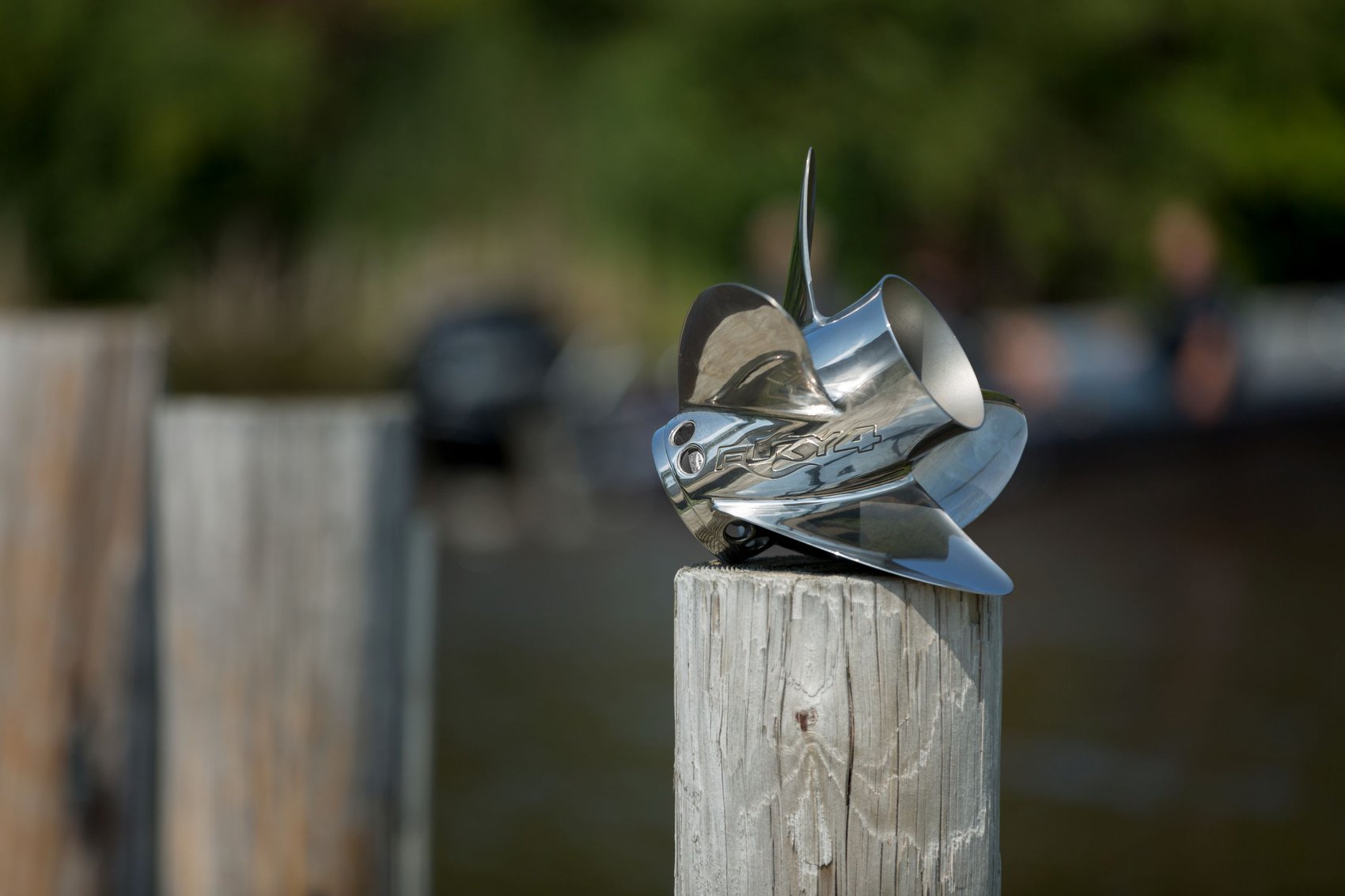 When considering propellers, many boat owners get fixated on speed. They assume a prop that will make their boat go faster must be better. It’s more important to consider how a propeller can impact the entire boating experience. Speed is one element of that experience, but so are acceleration, economy, comfort and boat handling. Which is one reason Mercury Marine offers a wide range of propellers, including models with three blades, four blades and even five blades. Each design is intended to enhance overall performance in certain applications to make a boat work its best on the water. 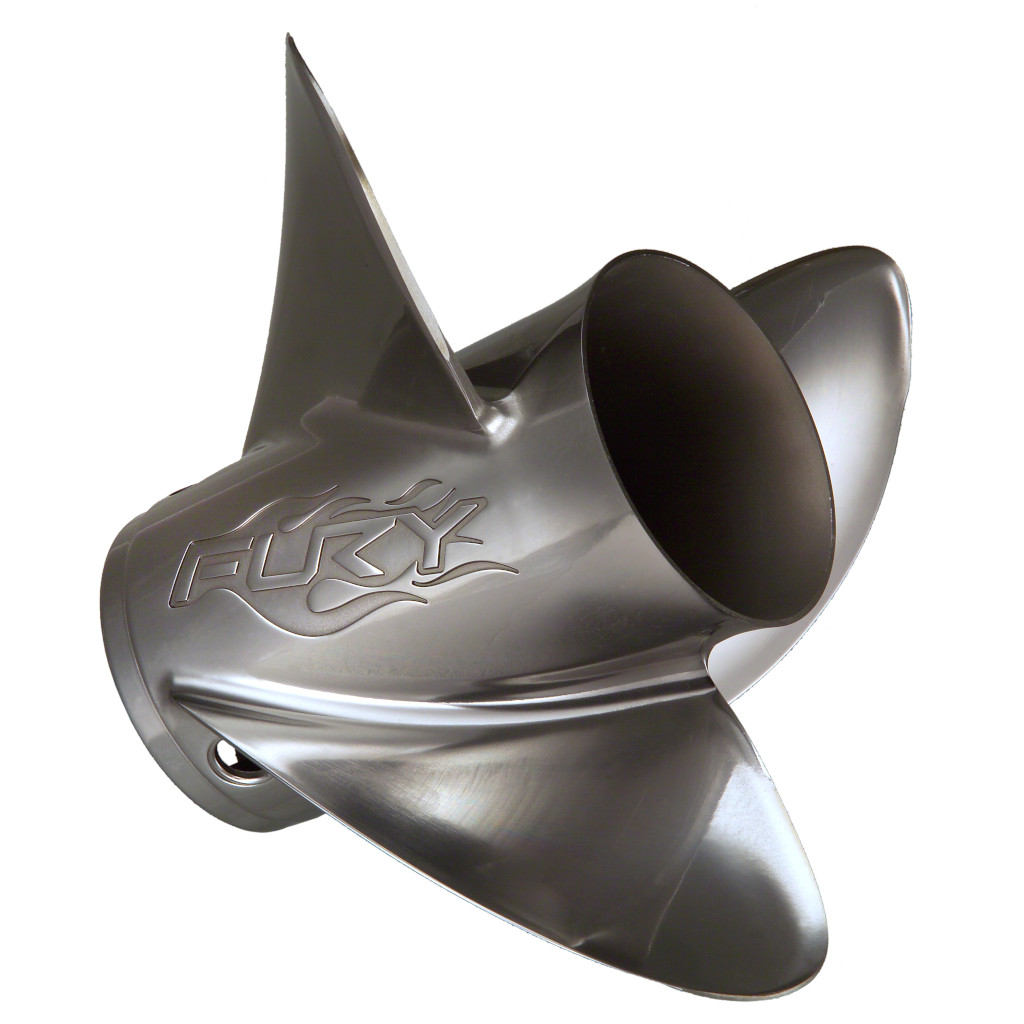 Within that three-blade design, engineers can manipulate blade area, blade rake and cupping to build a prop that can perform well in a specific application – for instance, lifting the bow of a performance boat for more speed or lifting the stern of a heavy cruiser on plane. The three-blade Mercury Fury propeller is one of the company’s most popular props and a great example of a premium three-blade model. It offers outstanding performance on lighter bass, bay and flats boats running high-horsepower outboards. 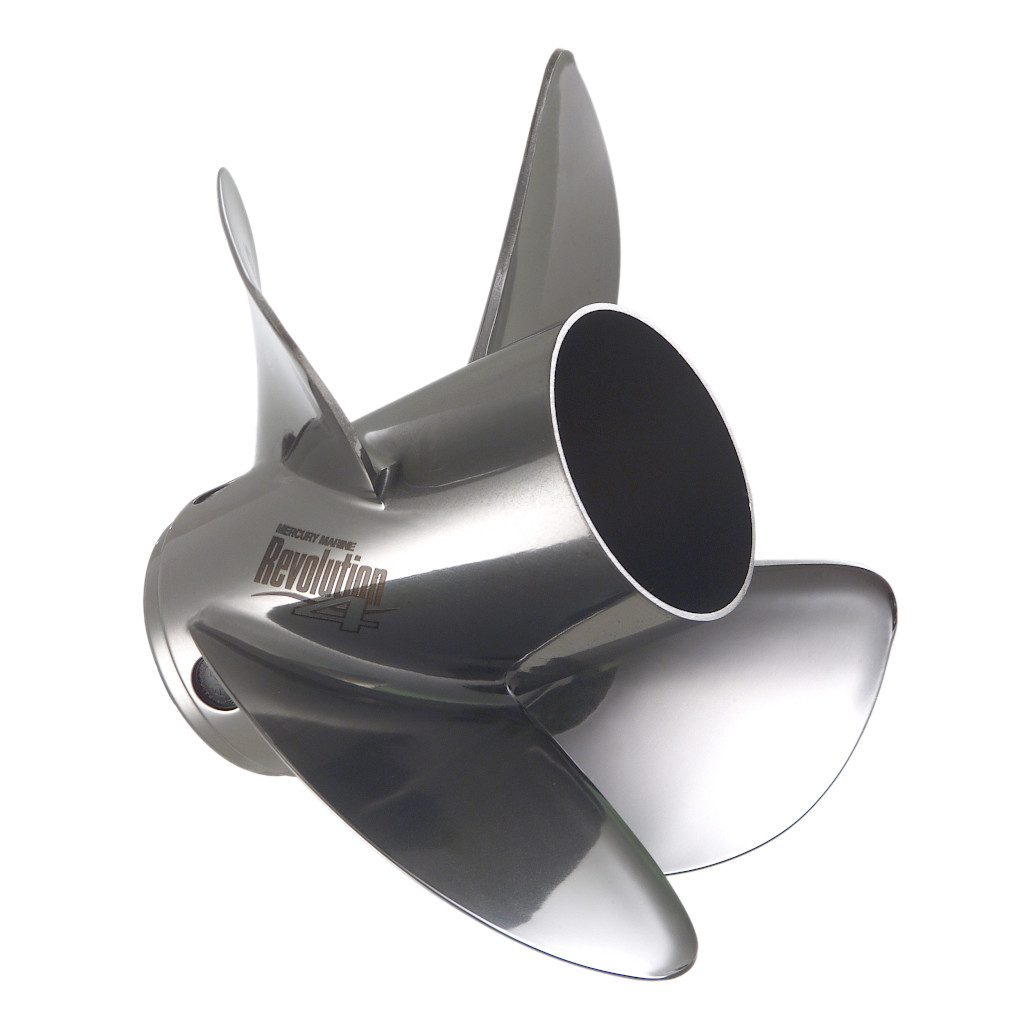 The two Mercury Fury propeller models offer a perfect example of the advantage of adding a fourth blade. The three-blade Fury is suited for lighter boats with high-horsepower outboards. The four-blade Fury 4 prop was designed specifically for bass boats longer than 20 feet, especially when those boats have a “tournament load” of gear – all of the weight of tackle, back-up equipment, and full fuel tanks and livewells typically carried by tournament anglers. The additional area of that fourth blade helps lift these boats efficiently on plane, will hold them on plane at lower speeds and can reduce hull drag. The result is often no loss in top speed or even a slight gain in top speed. 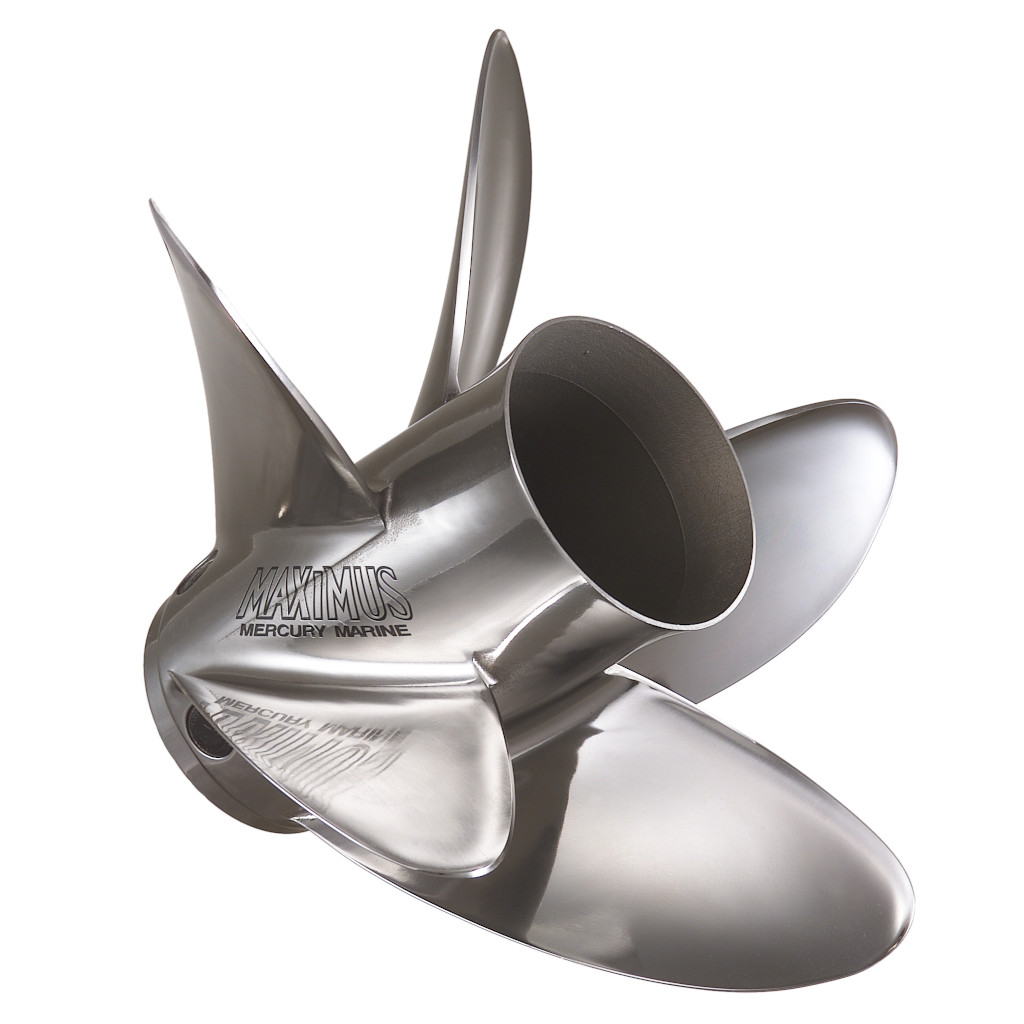 For help finding the best all-around prop for your boat, start with the Mercury Prop Selector tool, a great resource that in just five steps will help you narrow down prop options for your boat and engine combination. Next, try a new propeller on your boat. More than 100 Mercury dealers in the United States are participating in the Propeller Demo Program that allows a boat owner to test-drive a stainless-steel Mercury propeller and compare, for example, the performance and handling of a three-blade and four-blade prop option. The demo program makes it possible to zero in on the best all-around propeller model and pitch size for your boat before you make that purchase.

Mercury transforms aluminum and stainless steel into the highest-quality, best-performing, most-durable marine propellers in the world. For best overall boat performance, there's no substitute for a Mercury propeller.

Try It First with the Mercury Propeller Demo Program

A stainless steel propeller can last many seasons, but for most boat owners the cost is not insignificant, especially for boats with more than one engine. With this in mind, Mercury Marine has created a Propeller Demo Program for its ...

How to Diagnose and Deal with a Spun Hub?

It’s time to head back to the dock. You drop the throttle, and your engine revs up like crazy, but your boat doesn’t move. Or maybe it moves very little, almost like there’s no propeller on the engine. You shut ...