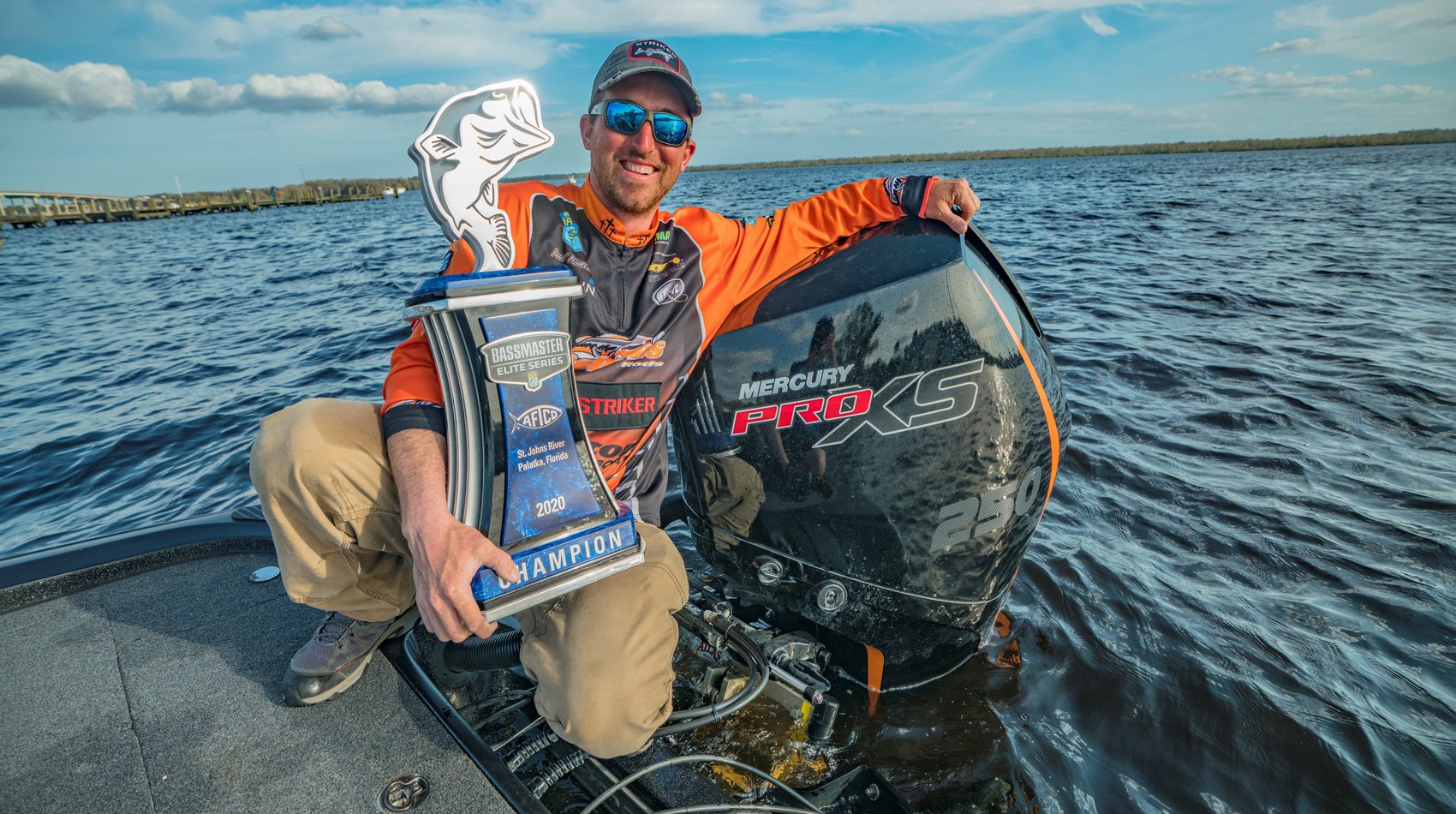 Every tournament angler dreams of finding a productive fishing spot and enjoying it all to themselves. At the highest levels of fishing, such as the Bassmaster Elite Series, rarely do multiple anglers not discover and target the same areas in a body of water. Luckily for Mercury Pro Paul Mueller he enjoyed said good fortune Monday on the St. John’s River in northeast Florida, winning the first Elite Series event of 2020.

Mueller brought in 15 bass weighing 47 pounds, 6 ounces, and took home $101,000 for the win. It was his second Bassmaster Elite Series victory in as many years. His first win came at the Lake Lanier Elite Series tournament in February of 2019.

Conventional wisdom says the first fish to spawn on the St. John’s River are well south of the tournament’s Riverfront Park launch site. On the southern end of the 125-mile natural river are massive spawning grounds — mostly large flats — that warm quickly. Spawning bass, and therefore anglers, are also drawn to the warm-water springs located there.

A local favorite and Mercury teammate, Cliff Prince of Palatka, confirmed this to Mueller as they talked after launching Monday. According to Prince, tournaments are not typically won north of the city of Palatka until later in the spawning season. This fact most likely led to Mueller having the area to himself.

How Mueller found the area and its “winning fish” during the three-day practice period was noteworthy. The Connecticut pro had been practicing down south, like the majority of the field, as practice began. When a trip back to the service yard in Palatka for some trolling motor maintenance was needed, he had some time to re-think his strategy and decided to head north roughly 25 miles to check out Trout Creek.

“I got two bites from two-pounders on a swim jig, and that was it,” he said. 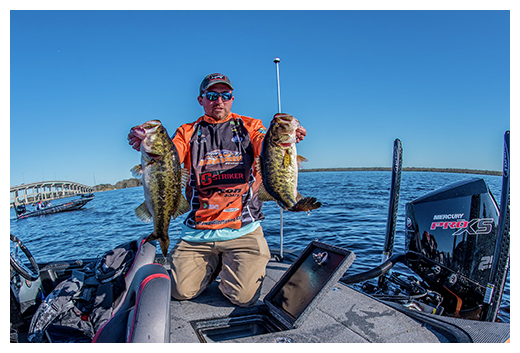 However, those bites gave him more confidence than he developed from fishing around numerous other anglers in the traditional areas to the south. Talk around the docks was that the famous fishery was not fishing up to its reputation. A sense of uneasiness was palpable on the official registration day.

Mueller planned to run north Thursday, day one of the event. However, wind advisories from the National Weather Service resulted in the cancellation of the first two days of competition, shortening the event to a three-day tournament.

Mueller bagged 20 pounds, 8 ounces on the first day of competition, and then another 16 pounds, 2 ounces on day two to enter the final day with a single-pound lead. Maps shown during the Bassmaster Live video stream of the event confirmed Mueller was well to the north — all by himself.

Conditions remained difficult for the 20 remaining anglers in the field, including Mueller. As the lunch hour passed, Mueller’s live wells held only three small fish. He eventually called an audible and ran his Mercury 4.6L V8 250hp Pro XS-powered Triton 21 TrX Elite to another creek. There he caught a largemouth weighing 6 pounds, 11 ounces that ended up being the difference-maker. He weighed in four fish for 10 pounds, 12 ounces to edge fellow Mercury Pro John Crews of Salem, Va., by just over three pounds.

Holding the trophy afterward, Mueller was still in disbelief.

“This was not expected,” he said. “ 2.7% of people picked me in fantasy fishing to do well. Florida has been rough on me, so to do well when the event is not in my wheelhouse is special. The difference was having all of that water to myself.”

Fittingly, the event was Mueller’s final tournament in his current boat. His new Triton is back in Connecticut, awaiting final rigging for the Bassmaster Classic in March. On Tuesday morning, Mueller and his family began the 22-hour drive back home to Connecticut, pulling a rig with two Bassmaster Elite Series events to its credit. He was thankful, and still a bit in disbelief.