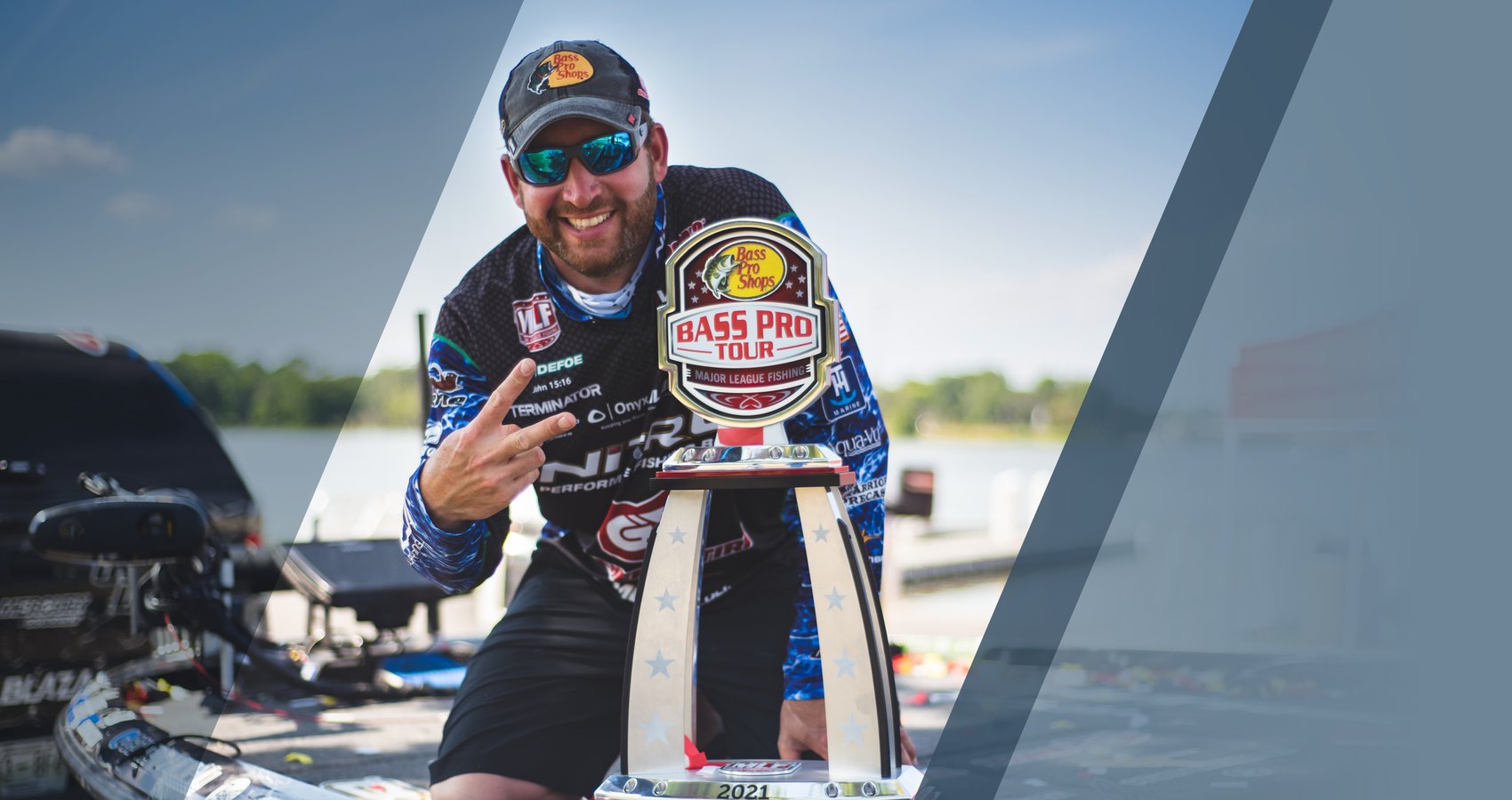 Mercury Pro Team angler Ott DeFoe, of Blaine, Tennessee, won the Major League Fishing (MLF) Bass Pro Tour Stage Three held May 21-26 on the Harris Chain of Lakes in Leesburg, Florida. It was DeFoe’s second win of the 2021 Bass Pro Tour season – he also won Stage One on Sam Rayburn Reservoir – and his third Bass Pro Tour win in three years. The win earned DeFoe another $100,000 top prize and tied him with Jacob Wheeler as the only pros with three career Bass Pro Tour wins. 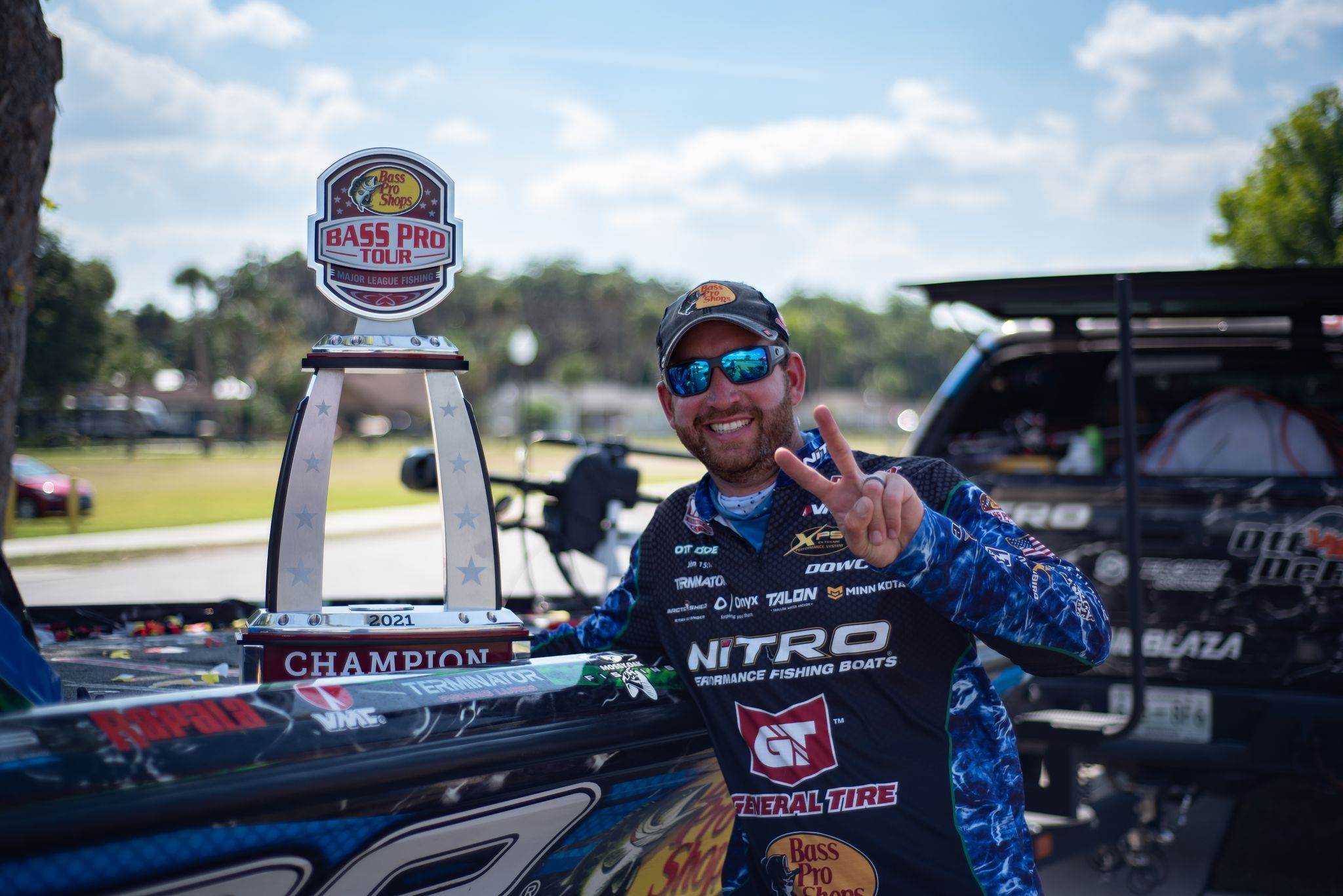 DeFoe caught 30 bass weighing 73 pounds, 14 ounces to earn his first career win in the state of Florida. He adds the Sunshine State to the list of states where he’s won major bass tournaments. The others: Tennessee, Georgia, Alabama, Wisconsin and Texas.

While considered one of the best in the business at lure presentation, DeFoe is a master at locating fish on any body of water, whether it be a river, impoundment, natural lake or the Great Lakes.

That knack for finding fish was never more evident than this recent triumph on the Harris Chain. Finding the winning fish didn’t happen right away, and the devout DeFoe wouldn’t even take credit for it happening.

“This is surreal right now,” he said after the win. “After the way this week started, this doesn’t even make sense. I give God all of the glory and credit for this win. My decision-making process took me to Lake Griffin the first day, but I had a terrible first day and had to completely change strategies.

“On day two, I stayed here on Lake Harris and pulled up to start on a grass point that had a dock nearby that I could almost cast to. It was divine intervention that told me to start there. I ended up catching almost 40 pounds off that dock. I truly give God all the credit for that. Sometimes he closes a window to open a door, and that’s what happened for me that day.”

DeFoe ended up staying in that general area on the south end of Lake Harris, targeting grass and docks for the remainder of the event. 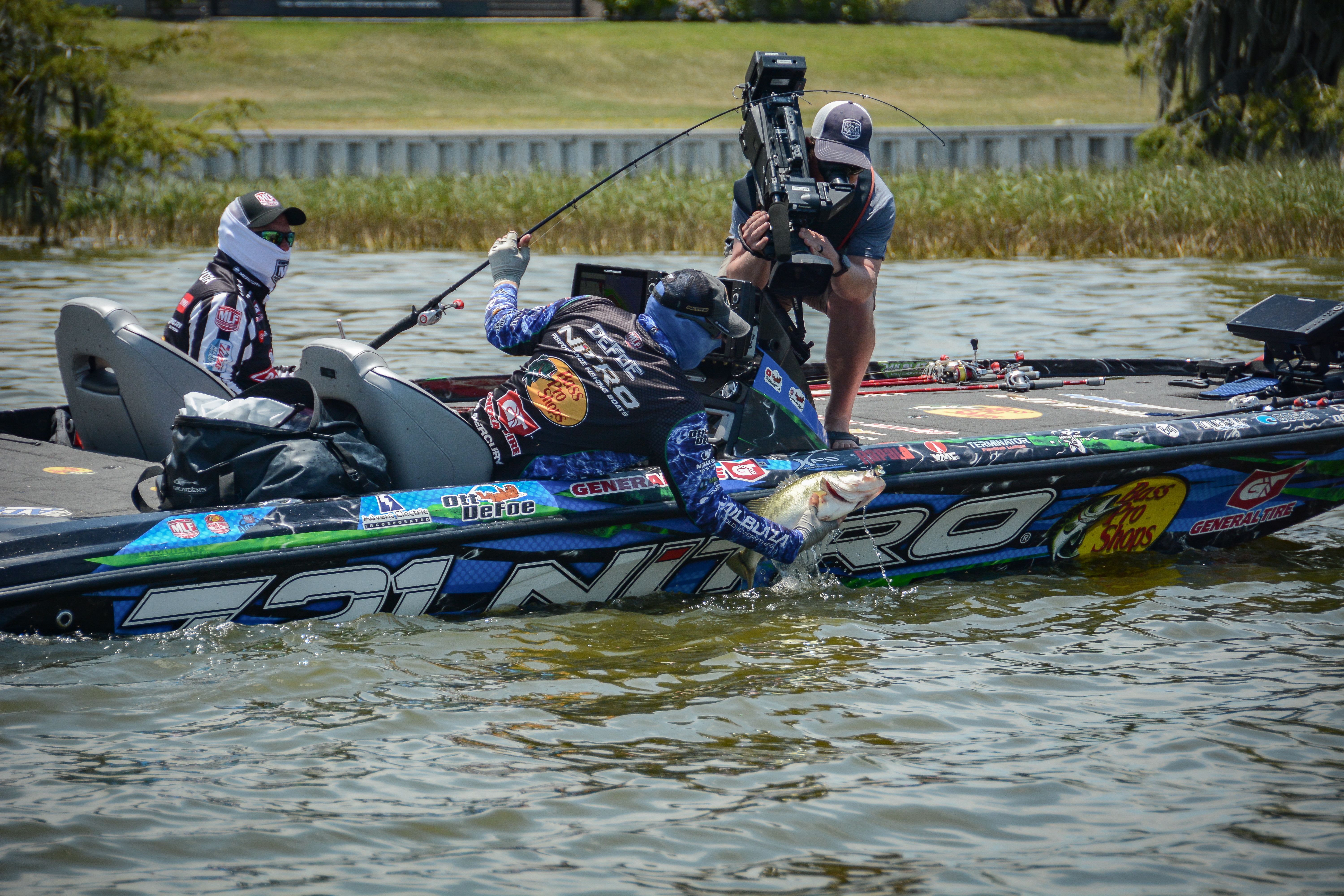 “The area was really good, and you could work it in a lot of different places,” DeFoe said. “The big thing for me was not cranking my motor. Once I went into that stretch, I just put a bait in the water, and I fished in and I fished out and really maximized my time. I ended up having two things going – a really, really shallow deal and a deal on the outside edges of the Kissimmee grass.”

The Key to Finding Fish

So how is DeFoe so good at putting himself in a location that is chock-full of bass?

“The biggest thing is looking for life in the water,” DeFoe said. “Finding areas that hold spawning habitat, bait forage and healthy water quality is crucial. They seem simple, but they are the key elements. Finding a place where the fish can spawn and then figuring out what food is there for them to eat is so important.”

“Finding bait is a little different process at each fishery,” he explained. “This week, locating the bait was primarily visual. The baitfish were spawning in the mornings when it was still and calm. I could see them flipping around on the surface. I also saw many birds, white egrets and herons, and they showed me where the bait was.

“A lot of times, finding bait is done using electronics. My Humminbird® electronics show me balls of bait clear as day. As the day goes on and the bait isn’t visible, the electronics are critical. In the final period of the Championship Round, I came to a point in the grass, looked down at my graph and the bait was all over the screen.”

DeFoe said he caught a number of scorable bass on a swim jig during the week, but his key bait was his signature-series Rapala® OG Slim™ Crankbait (OG is short for Ott’s Garage). Both lures mimicked the forage he had located. 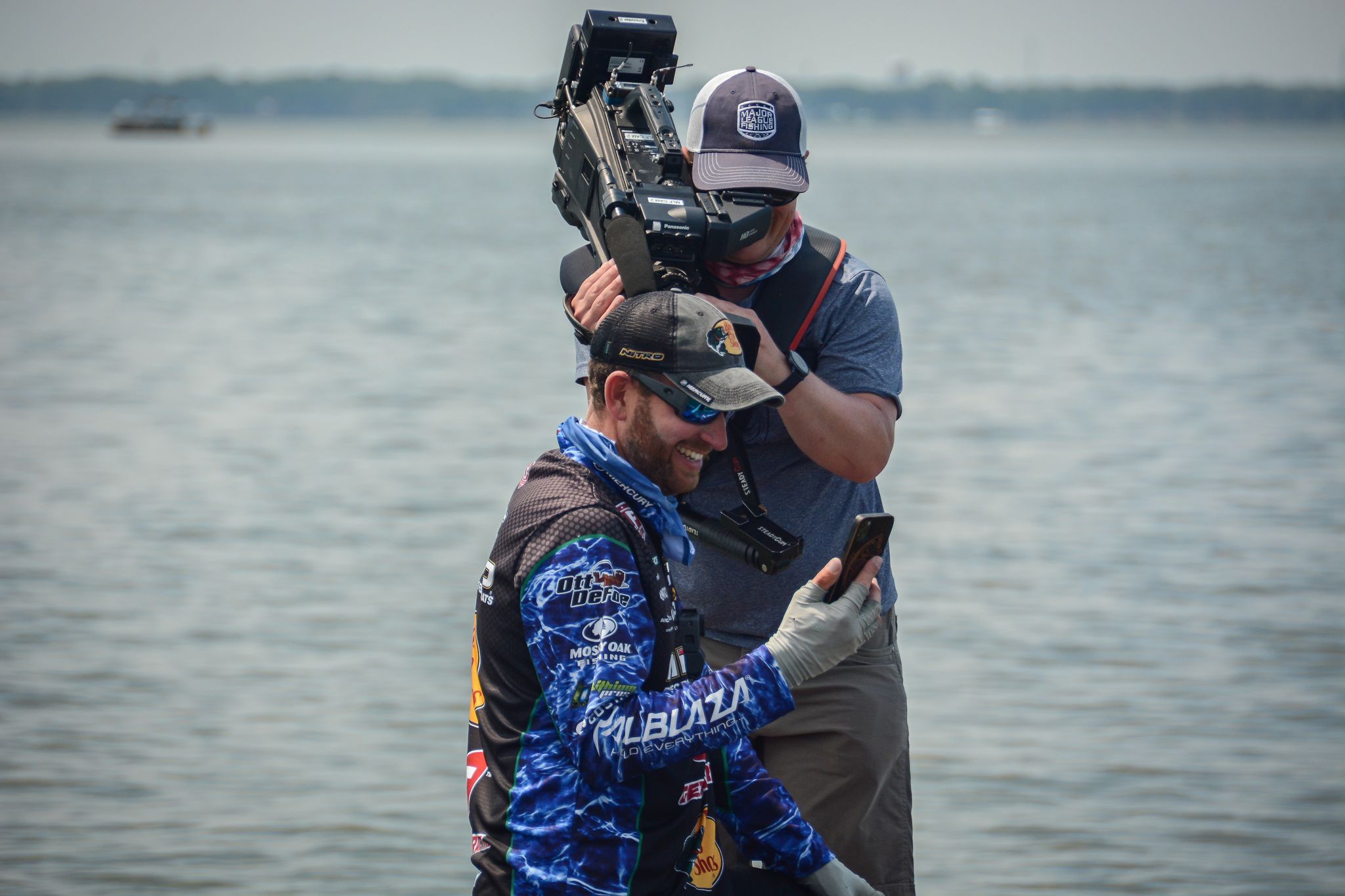 “One thing that weekend anglers do, and I’ve been guilty of this as well, is not spending enough time in an area where I got some bites,” DeFoe added. “You’ll catch a fish here, one there and then maybe another 100 yards away. A lot of times, we just think the fish are spread out and keep moving. I was reminded this week you can turn around and fish back through the area. There are more fish there that didn’t bite the first time. It doesn’t always happen like that, but a lot of times, we get a bite or two and don’t realize how many fish are in such a small area.”

Going into the third and final competition period Wednesday, DeFoe had a very slim lead. Bobby Lane and Mercury Pro Team anglers Brent Chapman, Andy Montgomery and Skeet Reese were all looming and very much in contention. DeFoe mentioned to his cameraman that whoever caught the most fish in Period 3 would earn the victory. DeFoe then caught fire, catching 15 bass that weighed 41 pounds, 6 ounces in the third period alone, and he was able to run away from the pack.

“That third period was going to have to be my best period of the whole day, and I’m just so thankful that it was,” DeFoe said. “That was a crazy end to this whole deal. A win doesn’t happen often, so I am cherishing this moment.”

DeFoe earned the win by 27 pounds, 1 ounce – a new Bass Pro Tour record for the largest margin of victory.

Here’s the complete top 10 from the MLF Bass Pro Tour Stage Three on the Harris Chain of Lakes:

Mercury Pro Team angler Britt Myers of Lake Wylie, South Carolina, won the $3,000 Berkley Big Bass award for the largest bass of the event with a 9 1/2-pound largemouth he landed on day one of competition.