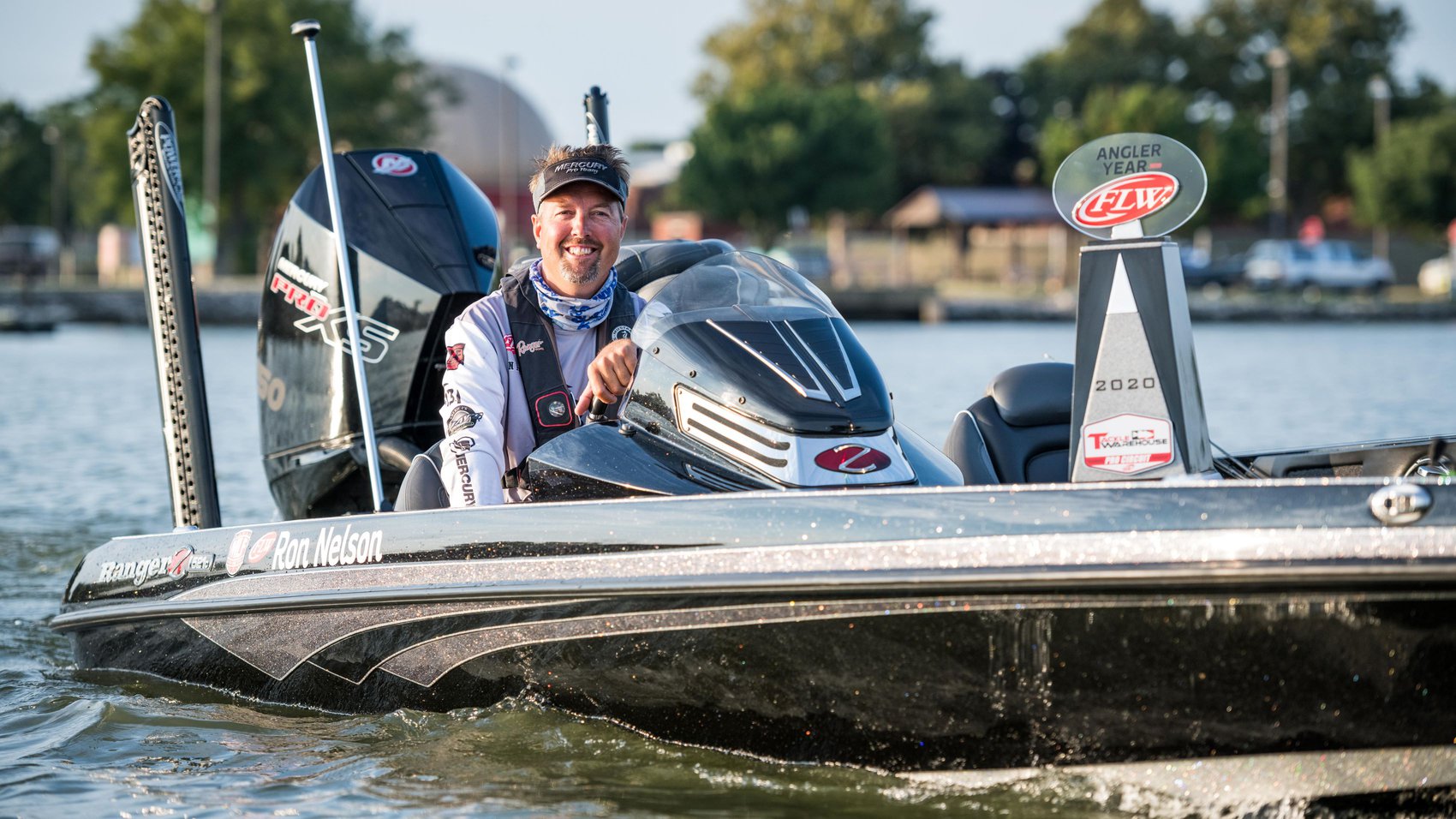 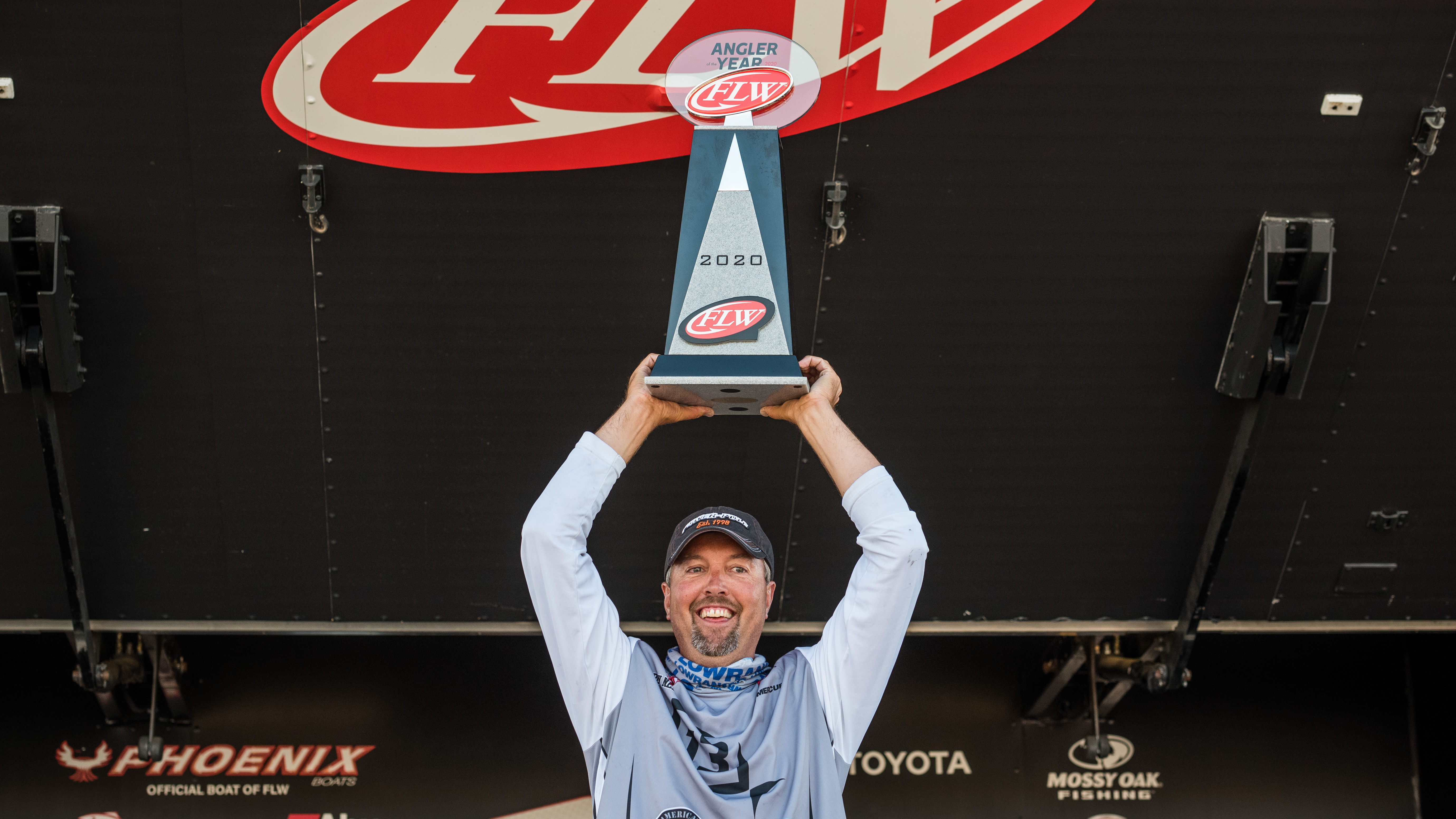 Winning the AOY title was no easy feat, but Nelson, 45, almost made it look easy. After finishing 11th or better in the first three events at Sam Rayburn, the Harris Chain and Lake Martin, the Michigan pro kept it rolling in the second phase of the season when FLW and Major League Fishing (MLF) joined together for three final Super Tournaments that featured an expanded field size. At Lake Chickamauga, Nelson finished 41st. He then finished 12th at the Mississippi River in La Crosse, Wisconsin, and locked up the AOY title by finishing 34th at the regular-season finale on Lake Erie in Sandusky, Ohio. When the dust cleared, Nelson won AOY by a massive margin of 66 points.

Winning AOY comes on the heels of Nelson’s FLW Rookie of the Year title in 2019 and further solidifies his status as one of the hottest anglers in the country.

“It’s absolutely my biggest title to date,” says Nelson. “But there’s something special about winning Rookie of the Year. You truly only have one chance to win that title, and it got the momentum going under me a little bit. This (winning AOY) will light a fire under my tail even more, so I’m going to want another one. All you can ask is to be in contention for anything. This year was a year of challenges, with all the changes and scheduling (due to the COVID-19 pandemic). This year, I felt like I did my job, and the good Lord blessed me to stay consistent.”

Nelson runs a Mercury 250hp Pro XS engine and led a squad of Mercury-powered pros who claimed the top six spots in the FLW AOY standings. Behind him were Spencer Shuffield, Grae Buck, Matt Becker, Jon Canada and Jacob Wall.

“I have run a Mercury since day one of my professional career, starting back in 2013, and even on back to when I was just fishing team tournaments at home,” said Nelson of Berrien Springs, Michigan. “Running the rough water on Lake Erie at Sandusky, it was very comforting having the sound of that Mercury behind me. When you are in open water, miles away from visible shore, you trust your outboard. I was making a run of 60-plus miles each way to the mouth of the Detroit River.”

Though he has a Michigan address, Nelson stands out as extraordinarily consistent across the country. That, plus his strong suits of fishing for smallmouth bass and sight-fishing, kept him high in the standings the past two seasons. Alabama’s Jon Canada pushed Nelson for the title for much of 2020, and he knows just how special a talent the AOY is.

“I can only imagine the amount of pressure that’s on him to just keep doing it, and he just keeps doing it,” says Canada. “The way he reads the water, he picks up on the most minute, tiny things that most people don’t even think about.” 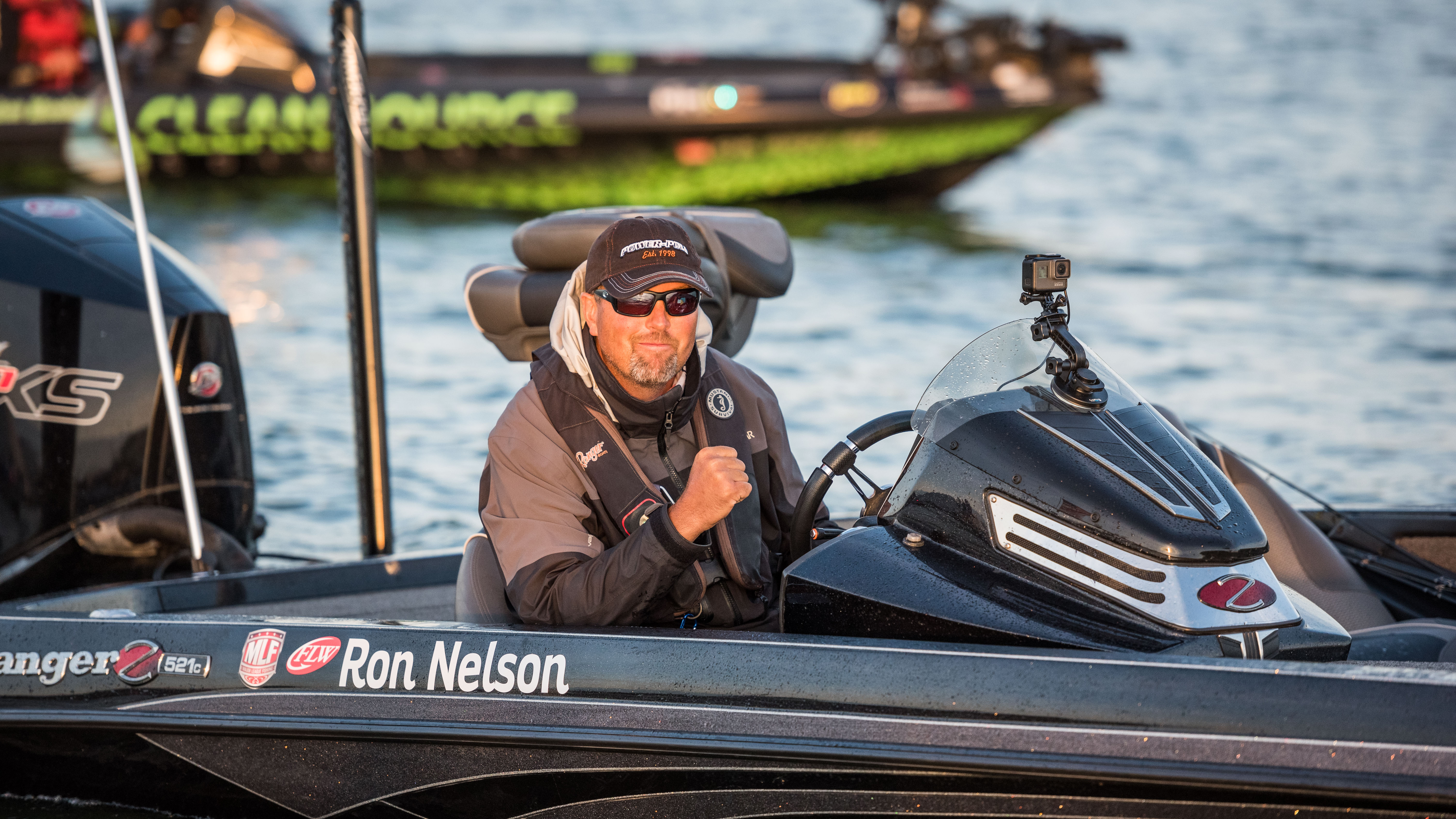 Nelson also has a deserved rep as one of the best people around. Canada, who has roomed with Nelson on and off over the years, is again happy to back that up.

“We met three years ago at an event down south,” says Canada. “I knew, even in the first couple days I stayed with him, he does things the right way. He gets up and reads his Bible every day. You don’t find a lot of people that do what he does. I used it think, ‘Oh, it’s a show,’ but it’s the real deal. The way he carries himself, on and off the water, he’s the nicest guy you could ever meet.”

When Nelson and his wife, Karla, hoisted the AOY trophy together on stage in Sandusky, the pro had plenty of competitors cheering him on. But he’s not done yet. He’s headed to Wisconsin for the Tackle Warehouse TITLE presented by Toyota, FLW’s championship event, which takes place Aug. 24-29 on Sturgeon Bay.

The format for the TITLE will present Nelson and the rest of the 50-angler field with a major change. The event will be contested under the catch, weigh and immediate-release format used by MLF, which owns the FLW tournament organization.

Of course, if things continue to go as they have recently for Nelson, he might be participating in many more catch-weigh-release events in the future. The top 10 in average points over the 2020 and 2021 seasons are slated to join the MLF Bass Pro Tour in 2022, where, if he qualifies, Nelson will have the opportunity to showcase his talents against some of the top pro anglers in the sport.

It’s a big opportunity for Nelson, but so is the TITLE, and that has Nelson’s attention right now.

“I’m excited,” Nelson said about the championship. “I’ve got a little tennis elbow that I need to get healed up because I’ll be having to grab a lot of fish. The new format will be fun. It’ll be different, but I’m really looking forward to it.”