Mike Fuller of Orlando, Florida, has spent a half-century career producing or participating in photo missions for some of the most prestigious brands in the marine industry. 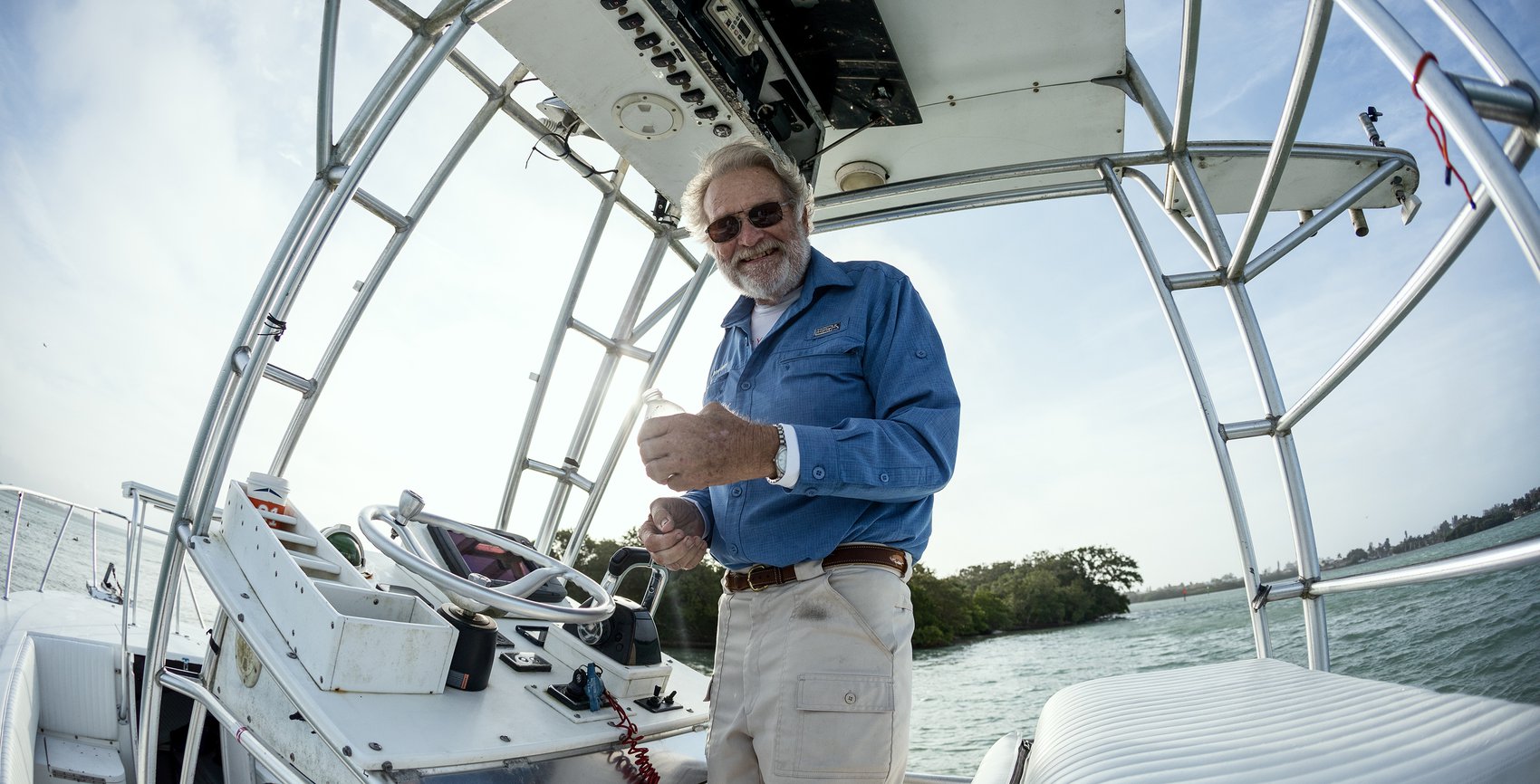 Open any boating magazine, website or product brochure, and you’re bound to see gleaming hulls, pristine water, impressive fish and people having fun – images of the life on the water we want for ourselves, with nary a hair or flipflop out of place, often taken from seemingly impossible vantage points. The result is artistry borne of meticulous preparation and years or decades of experience, and it most certainly doesn’t happen by chance.

Mike Fuller of Orlando, Florida, has spent a half-century career producing or participating in photo missions for some of the most prestigious brands in the marine industry. His duties have included literally every possible aspect of the production, including shooting video and still photography, procuring and styling models/boat drivers, and serving the all-important role of photo boat driver. 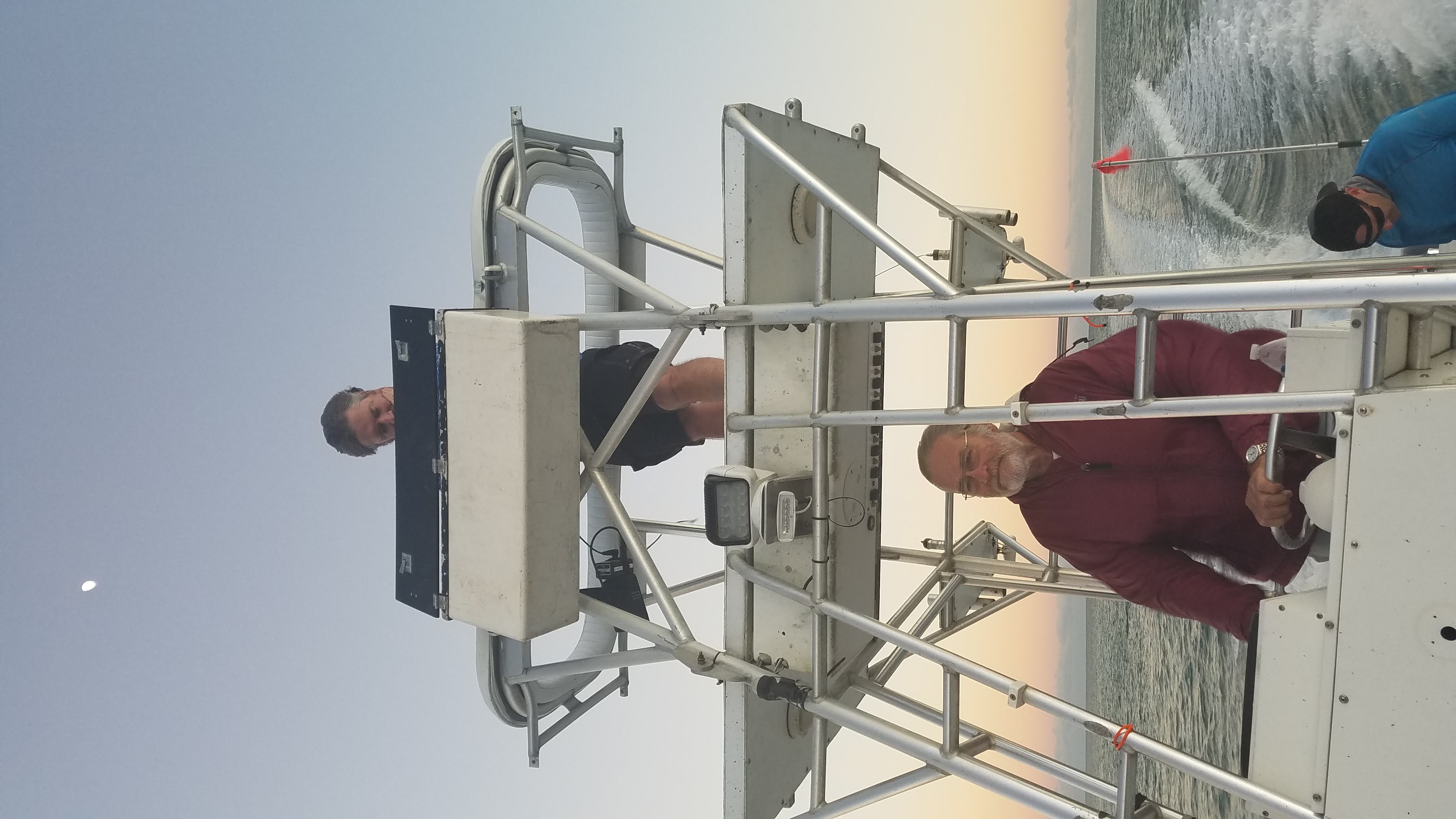 A photo boat, as the name implies, is a vessel that serves as a platform for shooting video or still shots of subject boats. Typically the subject boat, crewed by a driver and models, will follow a route prescribed by the director while the photo boat driver maneuvers alongside or behind the subject boat as photographers and videographers capture images that embody the vision of the art director. A standard boat model can serve as a photo platform, but a true photo boat is usually custom-built or heavily modified to include towers, wings (removable catwalks that extend outward from the hull) and other features, all to allow photographers to explore a wide range of shooting angles and perspectives.

Fuller grew up in Winter Haven, Florida – attending high school, coincidentally, with none other than Fred Kiekhaefer, former president of Mercury Racing and son of Mercury founder Carl Kiekhaefer – with dreams of becoming an airline pilot. But as a college student in 1967, Fuller took a part-time job at a movie studio, fell in love with the motion-picture business and soon dropped out of school to pursue a career in the industry. A few years later he took on a full-time position in the motion picture department at nearby Cypress Gardens theme park. Famous for, among other things, its waterski shows, the park was also a popular location for shooting commercials and movies. He later formed the company that would eventually become the Mike Fuller Group – which is still in operation today – and in parallel enjoyed a successful career as a commercial pilot.

Now 73, Fuller has scaled back his hands-on involvement in many aspects of production and has gone back to principally captaining photo boats. But there’s no doubt he fully appreciates the critical nature of the role and takes great pride in performing it in a way that ensures the best possible opportunity to capture quality images and, above all, the well-being of everyone involved.

“In photoshoots, No. 1 is always safety,” Fuller said. “If conditions don’t feel 100-percent safe, we stop. We then talk to whoever is making us nervous, then we regroup and try again. We are also big on courtesy. As we are often running at high speeds and creating large wakes, I make sure to remind drivers to respect other boaters – basically, don’t do anything to them you wouldn’t want them to do to you!”

Fuller credits his pilot training and experience with flying in tight formations for helping equip him to be a good photo boat driver. 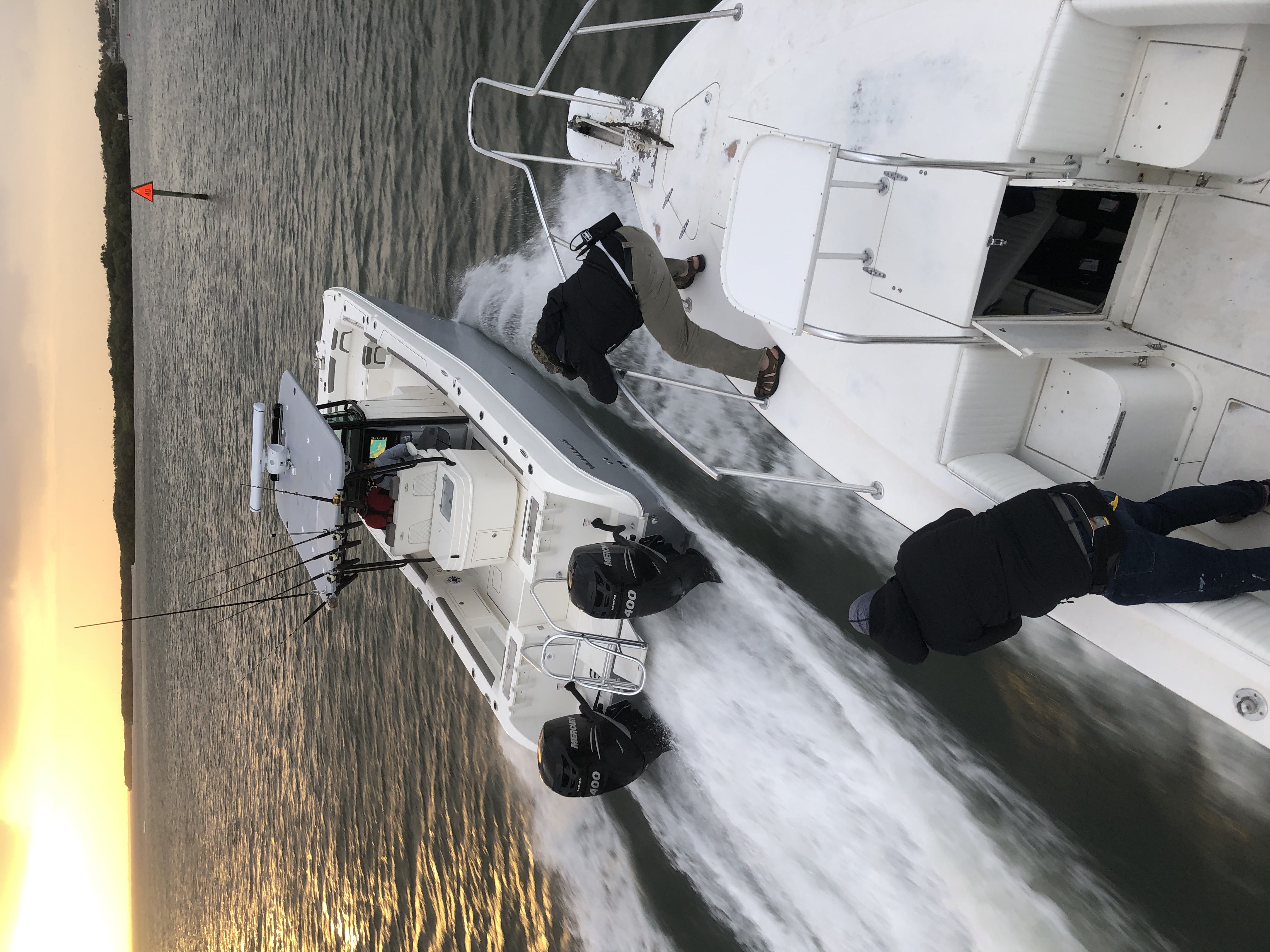 “You’re always trying to put the photographer in the position that he or she needs to be in, and sometimes that’s six inches from the other boat at 50 miles an hour,” he said. “And sometimes you might have a driver in the subject boat who’s not very good, so you’ve got to be aware of that and anticipate what they’re going to do.

“Also, you don’t want to toss the photographers, art director or anybody else around in the boat, so it’s important to finesse the boat, making small adjustments in your speed and direction.”

The unexpected movement of people in the photo boat, especially on the wings, can cause the photo boat to list or change direction rapidly, so Fuller must watch for that as well. When possible, he uses a spotter to help point out boat traffic, wakes or obstructions, but even in a 31-foot photo boat with twin 300hp outboards, weight matters. And with Fuller, a couple of photographers, an art director and sometimes the customer’s marketing representatives aboard, the boat fills up fast. To allow for strong acceleration and high top speed, five people or less is ideal, he said, but often there are seven or eight people aboard. A photo boat driver also has to counteract the inevitable imbalance of people favoring one side of the boat while shooting.

“If we’re shooting off of the starboard side of the boat, I tab the port side down, which reduces the amount of spray you get on the starboard side,” he said. “It also compensates for the weight of the photographer and videographer, who are probably hanging over or right up against the starboard gunwale.”

Fuller has commissioned a number of photo boats over the years, each with a host of innovative features conceived to make capturing unique images easier and safer. For instance, he once contracted Contender boat company to build a 31-foot center-console that featured a downsized and elevated helm.

“That way you’re above anyone who could possibly stand in front of you and block your view,” he said. “And we made it small so the art director or someone else couldn’t get up there and get in your way while you’re trying to drive.”

The boat also has a tower, of course, and 12-foot wings that can be attached at the base or top of the tower depending on the type of angles the art director requires. For low-angle shots, the boat has a deck-level camera port on either side of the hull. Corresponding to each port is a hatch in the deck that can be opened to give the photographer a place to sit comfortably while shooting. 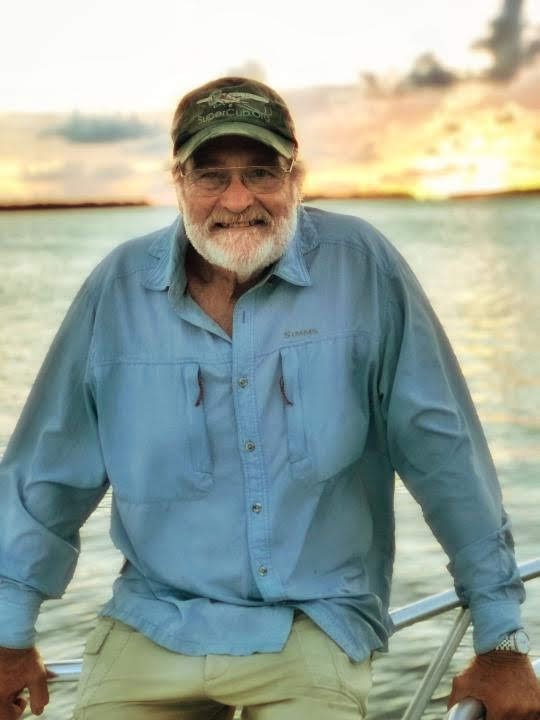 “In our first meeting with the boatbuilder,” Fuller recalled with a chuckle, “he said ‘you want us to cut holes in the side of the boat? Are you crazy?’ But it’s little things like that and the deck hatches that really make a difference. So you can be comfortable while you’re filming instead of getting into a yoga position and maybe not getting back up.”

Fuller said he no longer has the physical flexibility and stamina to man a camera but he’s enjoying being back behind the wheel of the photo boat and has no plans to quit soon. He credits his office manager, Patti Miller, with keeping the operation running smoothly, and taking care of the complex logistics involved with planning and executing photo missions for the business. Fuller is also still involved with Florida Film & Tape, the sister company led by his brother Brad Fuller.

Mike Fuller’s reduced workload affords him more time to do some fishing and pilot his plane, as well as spend time with his three grown children and seven grandchildren, so he’s enjoying his semi-retirement. The lighter schedule has also given him the space to reflect on his career and life, and he’s able to look back with few regrets.

“I always joked that I was a photographer to support my flying habit, but really I was quite successful in the flying business on the side when I had time,” he said. “In my case, I wasn’t cut out to be a college student, but I found something I was absolutely in love with in the motion picture and photography business. And when you add flying to that, I’d say I pretty much followed my dream.

“I would suggest to anybody that if they have a dream, follow it. Don’t get caught up doing something you think you have to do if it’s not something you want to do.”