Lobster Diving: Learning from a Pro

Think lobster diving sounds like fun? We spoke with a pro to find out how he does it and what tips he has to help others get started. 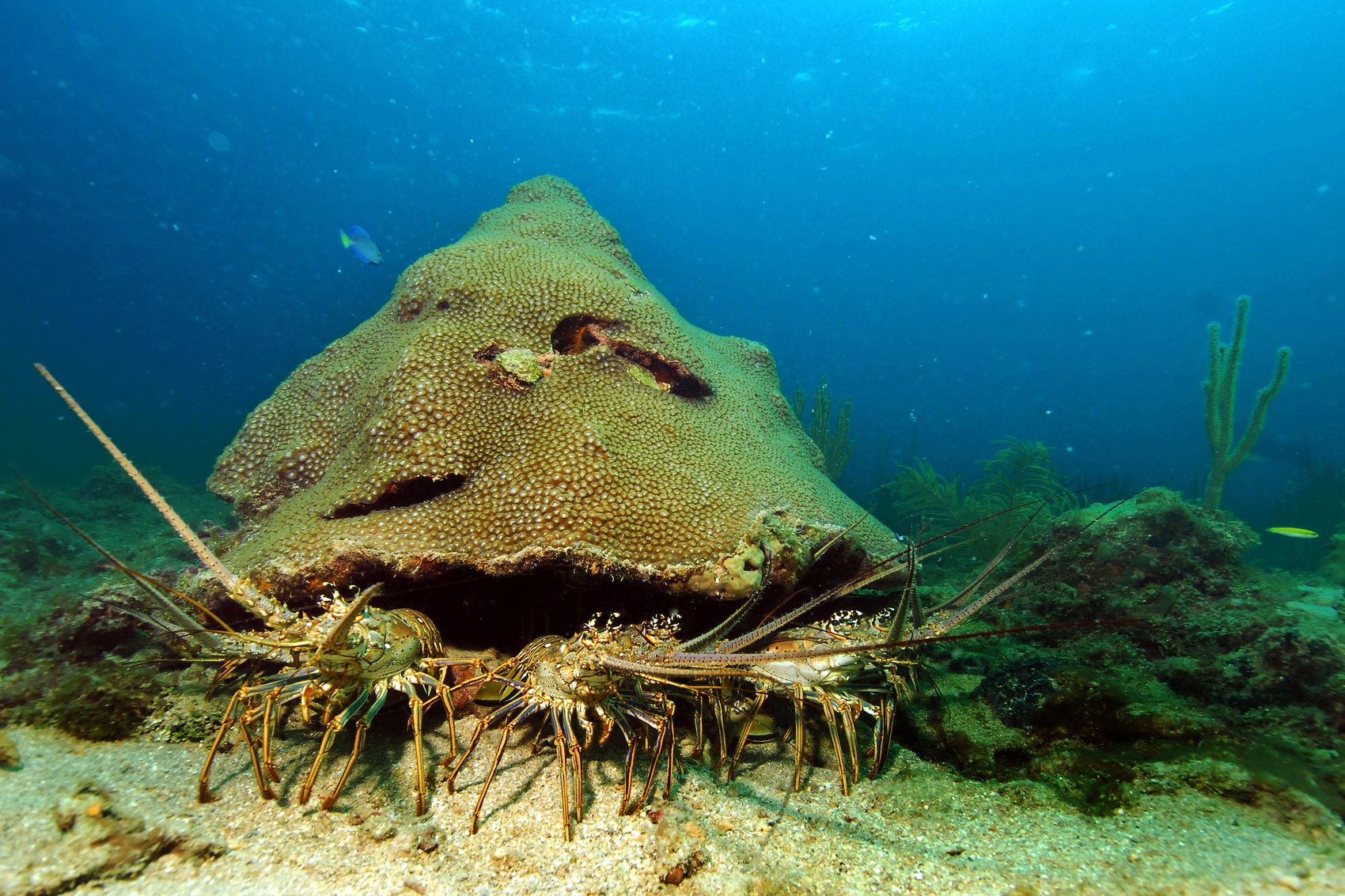 For most people lobster diving is a recreational activity, but Jason Arnold grew up in a household where lobster diving was the family business. Though he didn’t exactly follow in his father’s, well, flipper kicks, and instead crafted a career as a photographer, Arnold has been immersed in the world of commercial lobster diving his entire life. Now, with a 6-year-old whom he’s just beginning to introduce to diving, Arnold says he’s come to recognize the No. 1 most important thing you need to do to be successful with your tickle stick (a lightweight rod used to coax lobsters out of holes and crevices) and net: Become comfortable in the water.

“You have to develop a sense of confidence,” he explained, “which I’m just beginning to see with my son. But so many people have a fear of the water, even if they enjoy being in it. The fear holds them back. Or maybe they get to the bottom and see a lobster, but then they get hurried and become too excited. They work themselves up and start kicking, and before you know it the water’s too stirred up to see anything. So before you can really be successful at lobster diving, you have to learn how to be comfortable with just being down there under the water.” 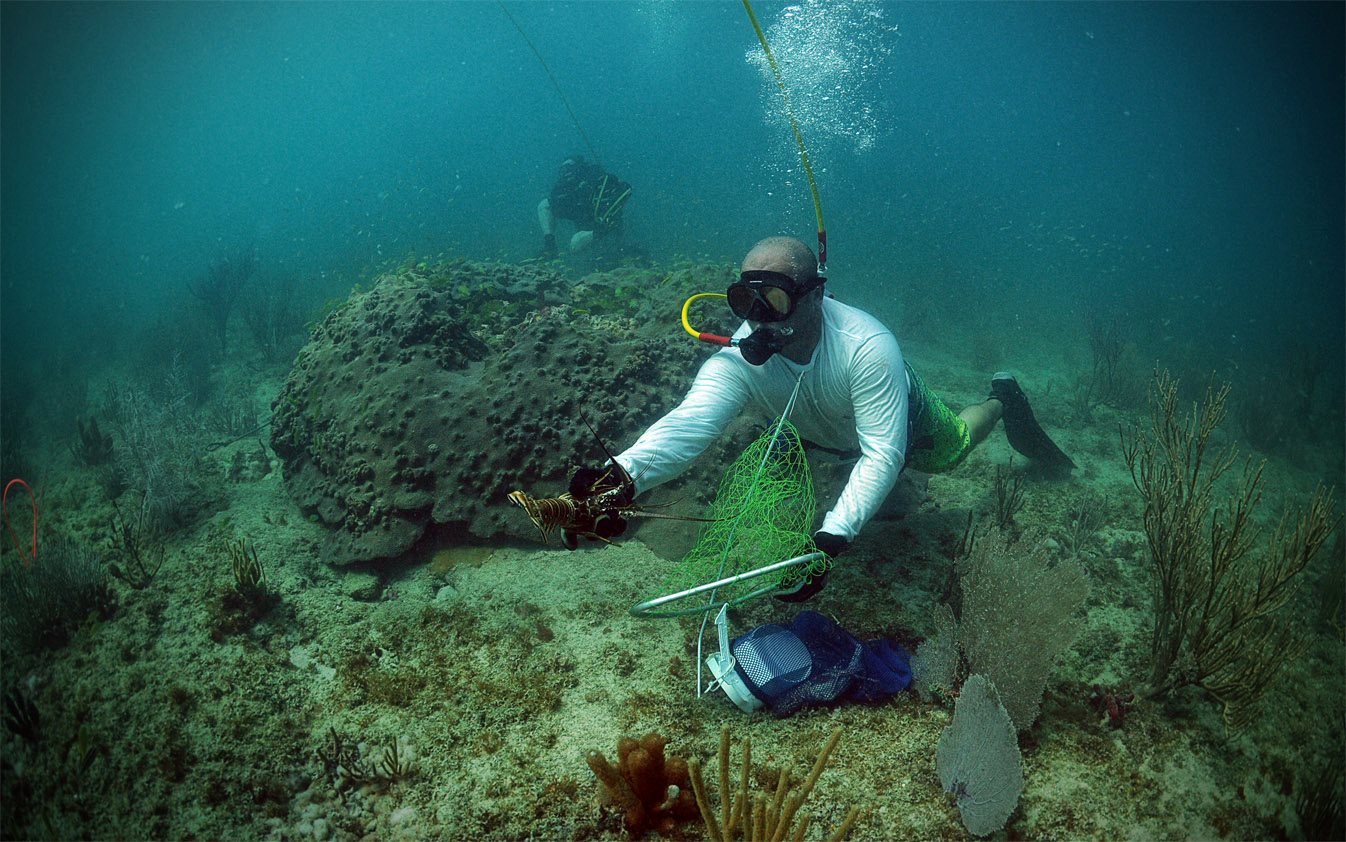 Once you feel at home in the water, Arnold says catching the lobsters really isn’t that complex. Here’s his recipe for lobster diving success:

There are, of course, a few finer points to keep in mind. Arnold says it’s sometimes important to not follow the crowds.

“A lot of people concentrate on the reefs,” he said, “which naturally get picked over. Everyone knows to go to the reefs. But don’t get fixated on going where everyone else goes. Those spots that aren’t associated with the reefs – the in-between spots – are the best. A coral head that’s separate from the reef, a rock, maybe a piece of an old boat hull sticking out of the sand and places like that are where you can do really well.”

“When you see porkfish or surgeonfish, follow them in a non-threatening manner,” Arnold said. “You have to be slow and calm about it, but sometimes it’s all about following those fish. They’ll lead you right to the lobster.” 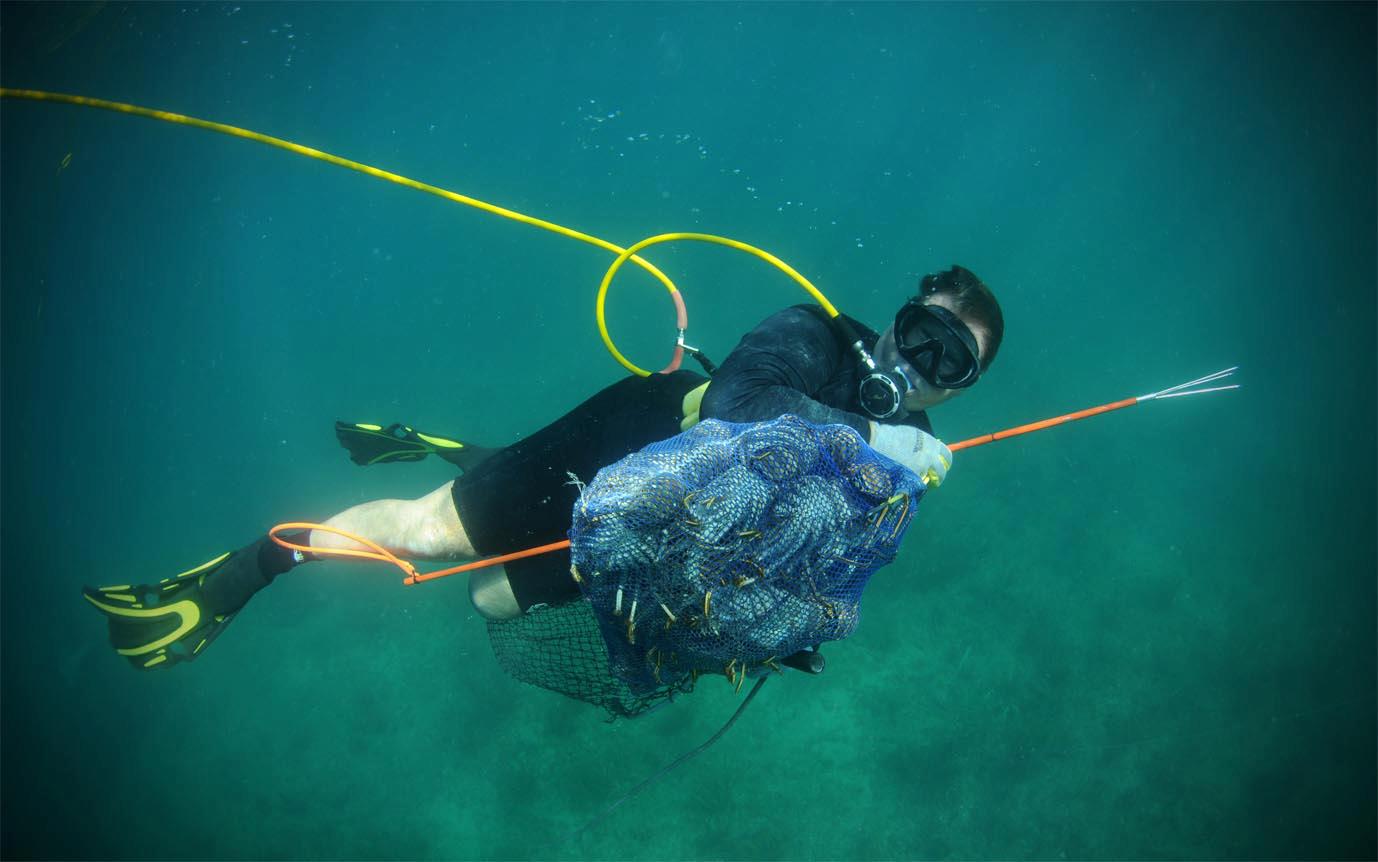 Once you do find lobsters, Arnold suggests taking things slowly and focusing on getting them out methodically, one by one. Trying to hurry up or failing to concentrate on the task at hand is likely to result in a lost lobster. And aside from the excitement of trying to catch a lobster in the underwater environment, there can be more distractions than you might expect, like a big snapper that swims by.

The appropriate equipment helps, too. If you’re not familiar with diving or simply want to try it out, consider investing in a dive class or hiring a charter captain. If you’re already an experienced diver, you might adopt Arnold’s system. When he and his family dive for lobsters, they use a hookah system, which delivers air to the diver from a compressor on a boat or floating platform via a long hose called a down-line. The system allows them to stay down for as long as three hours without worrying about running out of air. Divers using scuba tanks have a much shorter limit on how long they can spend underwater – anywhere from about a half-hour to an hour, depending on diver experience, dive depth and other factors. As a result, scuba divers often try to hurry things, and the result is fewer lobsters in their nets.

“Be comfortable, slow down, follow those fish and look for the antennae, and you’ll get some lobster,” Arnold said. “It really isn’t all that complex.”

Note: Lobster seasons and regulations vary greatly from state to state. Before planning a lobster dive outing, check the website of your state’s natural resources regulatory agency to find the specific rules you’ll need to follow. A permit or license might be required. Some states limit the equipment you can use, and bag limits do apply. Failure to follow regulations can result in a hefty fine, among other penalties.

Cook Your Catch: Get Lucky with Lobster

Are you feeling lucky? The Irish know a little something about warm, hearty soups. Featuring spiny lobsters that can be found off the western coasts of Britain and Ireland, this recipe offers the perfect touch of refinement to classic comfort ...

National Lobster Day only comes once a year, but that doesn’t mean you can’t cook up a fantastic lobster dish year-round. But why wait until you’re back on land to get started. Take a page out of Uncharted Waters with ...

Cook Your Catch: Grilled Pompano with Hummus and Heirloom Tomato and Olive Vinaigrette

Known far and wide as one of the very best-tasting fish in the ocean, the pompano can be found in coastal waters from Massachusetts to Brazil, with the greatest concentration located around Florida and the Gulf of Mexico. The low-calorie ...