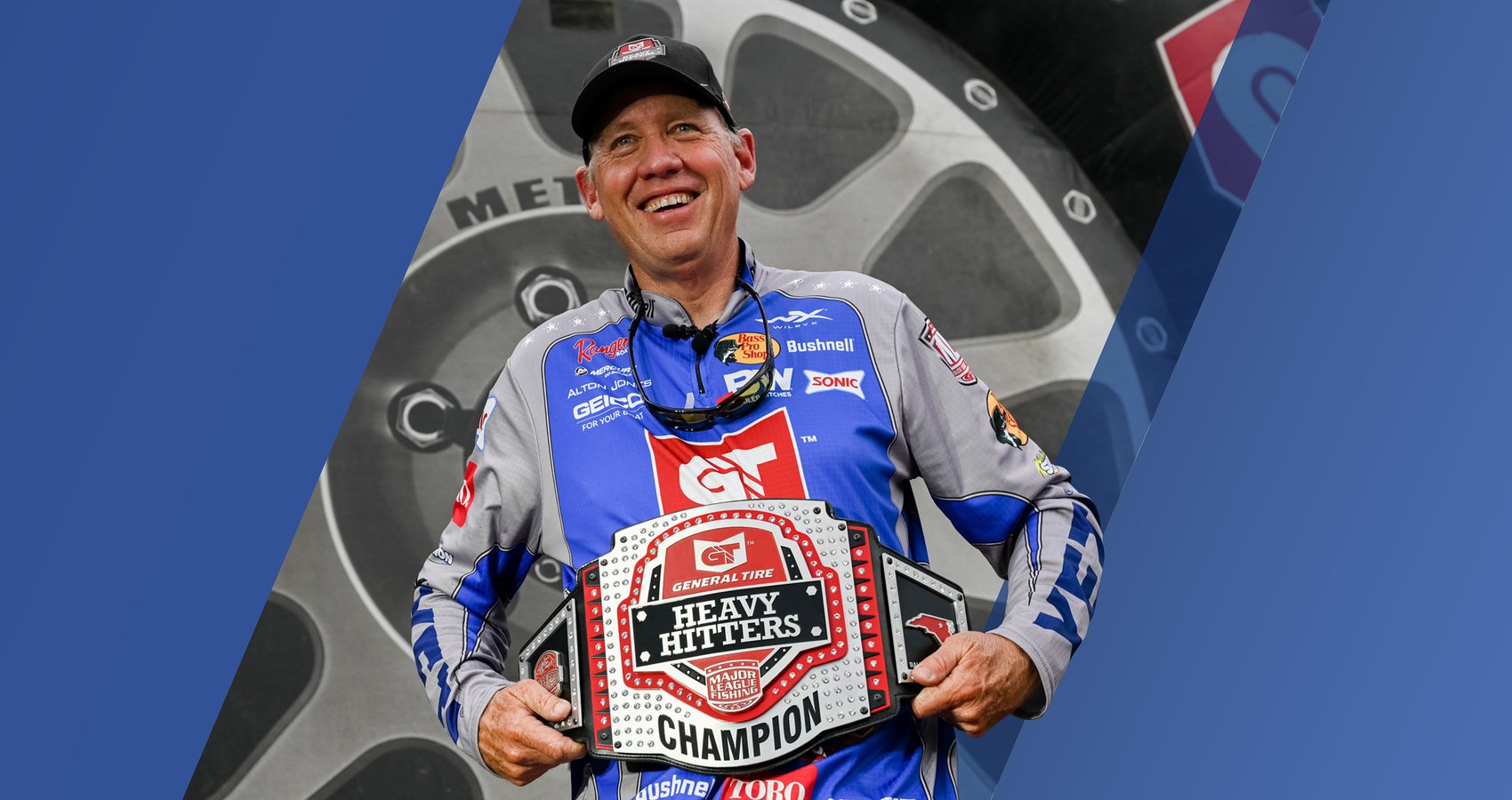 “This feels so, so good. It’s been a while since I’ve won a Tour-level event like this, and it was a very special day,” said an emotional Jones when he came off of the water. “After my practice time, I knew that I had found several key areas that had the potential to be really special for this event if I could just make the final rounds.

“When we did our morning ride-through (scouting) this morning, and I got on the trolling motor, I found about ten 3-pounders in my first pass through the cove, and I thought to myself, ‘You know what, this could actually happen.’ I didn’t know if they were going to bite, but if they did, I was going to have a chance. And sure enough, here I am. I still can’t believe that I’m the Heavy Hitters Champion.”

Jones’ last major tour-level win was back in 2012 at the Bassmaster Elite Series on St. Johns River. It, too, was a sight-fishing tournament.

The 2008 Bassmaster Classic Champion has since switched tours, from Bassmaster to Major League Fishing, and switched outboard motors. In 2020, Jones made a move to Ranger Boats and Mercury Marine.

The change has been a good one. “The performance of my Mercury outboard has been incredible. Running a Mercury has been one of the best decisions of my career. I like to do my own oil and gear lube changes on my equipment, and the maintenance on a Mercury is so easy and clean. I’ll change my oil when I get home, and I actually love doing it. It’s one of the first things I will do.”

“The MLF league boats are all equally equipped with the same electronics and trolling motor brands, so it takes a little time to get comfortable. Knowing I had a Mercury engine behind me, though, was reassuring,” said Jones.

Mercury Pro Team member Jeff Sprague finished second to Jones but actually took home more in winnings. $100,000 was awarded for the Big Bass (5 pounds, 3 ounces) of the final round, which Sprague caught with two hours left in the day. The runner-up position paid $25,000, so the Texas pro will take checks for $125,000 to the bank when he returns to the Lone Star state.

“I scratched by every day this week,” Sprague said. “The first day at Lake Jordan was great. I caught so many fish and had a phenomenal day. The second day, we literally scratched by and barely made it here. And now, on Championship Day, to catch the big bass and win 100 grand and finish second overall, this has just been a stellar week.”

The top nine positions were all held by Mercury Pro Team members. Weights are Championship round only.

The Bass Pro Tour’s next event is scheduled for April 30-May 5th on Lake Travis in Austin, Texas, about 90 minutes from Jones’ home.

“I have spent a fair amount of time on Lake Travis, but I don’t know it very well,” said Jones. “But, I am really looking forward to it and the rest of the season.”

Jones is the father of Alton Jones Jr., who also competes on the Bass Pro Tour. They’re one of the few father/son teams to have ever competed on the same professional tournament circuit concurrently.