Restoration comes slowly, but the future of fishing and recreation in south Florida is looking much brighter 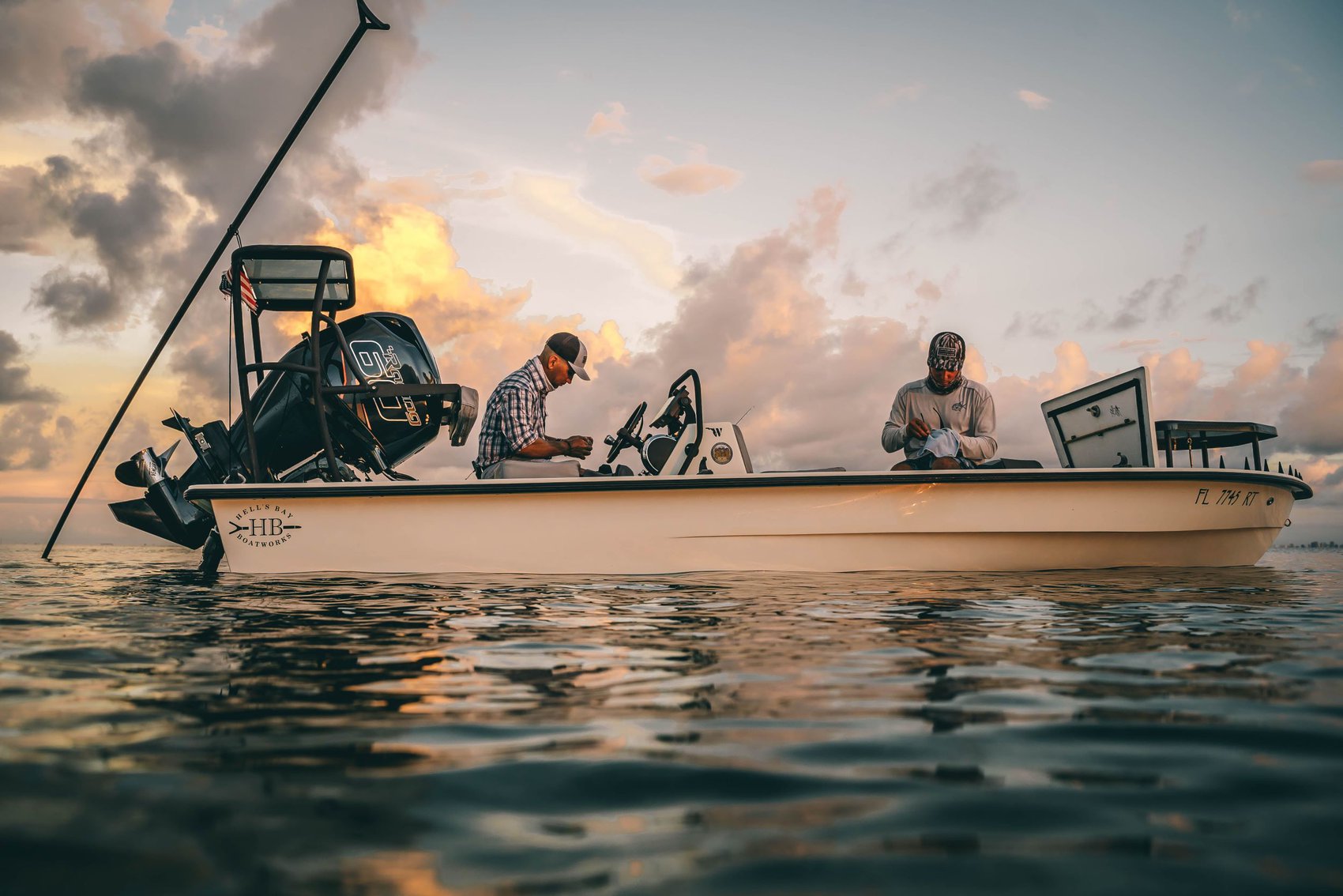 Editor’s note: This is the second and final article in a series about the efforts of Capt. Benny Blanco, Captains For Clean Water and other conservationists to save the Florida Everglades. Read Part 1 here.

In south Florida, dedicated conservationists leading the fight for clean water are showcasing how the power of an organized grassroots movement can effect positive change for the environment.

Those conservationists, among them Mercury Pro Team member Capt. Benny Blanco and the nonprofit organization Captains For Clean Water, are pushing for a science-based approach to water resource management that can help restore the Greater Everglades Ecosystem as well as vital coastal habitats. 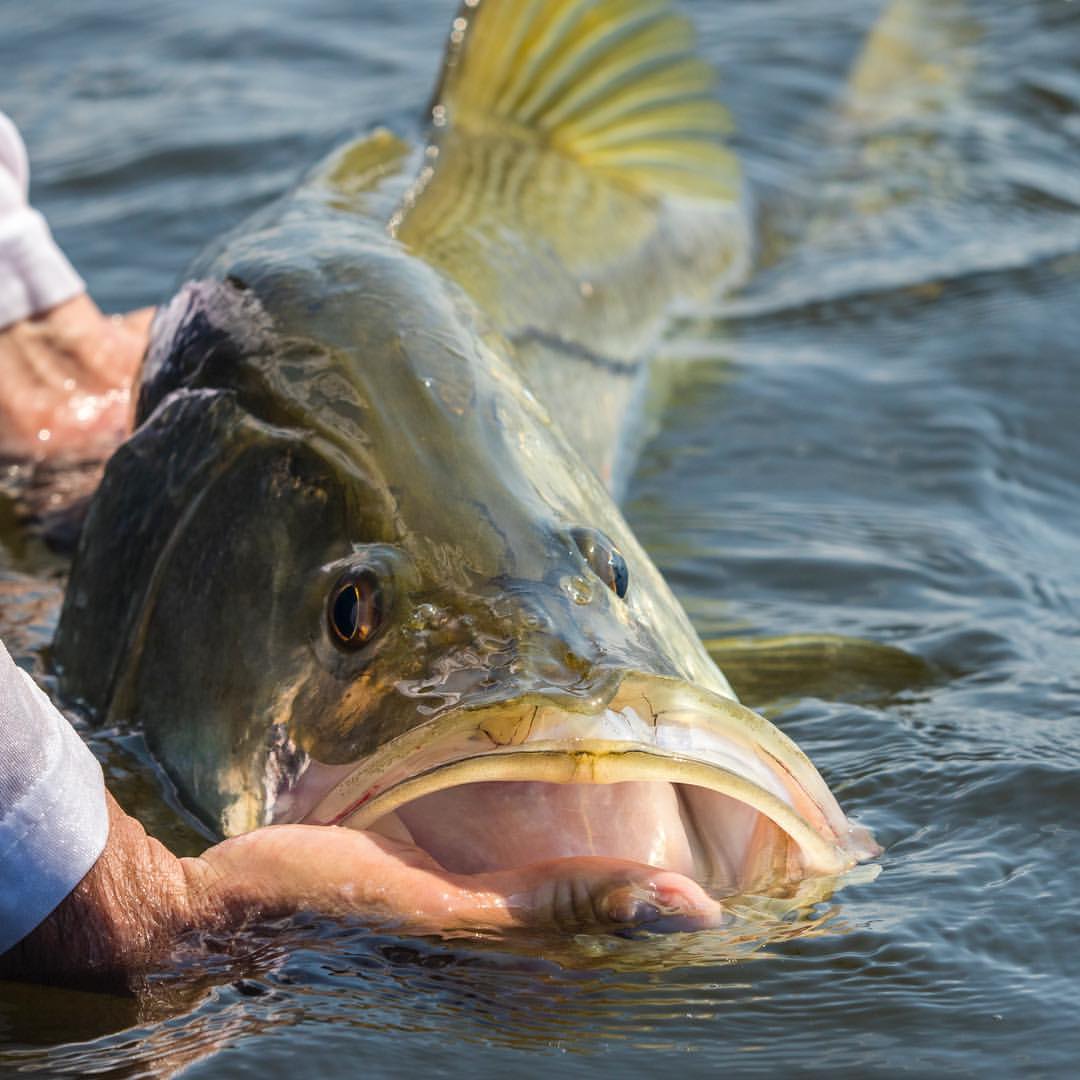 As outlined in the first article in this series (read it here), the drying of land for housing and agriculture plus diversion of water from its natural path through Lake Okeechobee and the Florida Everglades has led to the destruction of critical habitat in south Florida and along the state’s Gulf and Atlantic coasts. The issue came to a head during recent severe drought years, when toxic algal blooms earned headlines and made water resources a key issue in the state.

The situation showed that Floridians place a high value on their water-based lifestyles and the protection of large wilderness areas. It also brought national attention to the water issues and the proposed solutions.

“Everyone knows that the water needs to flow south into the Everglades and Florida Bay,” said Blanco, an Everglades guide and ambassador for Captains For Clean Water. “If we could get everyone behind Everglades restoration and get the projects funded and constructed, we would see the return of a healthy Everglades and amazingly consistent fishing.”

That’s precisely what’s beginning to happen. Plans to restore the water flow back to the Everglades are now in progress. Funding has come slowly, but improved, and water-related initiatives are underway.

Dredging has begun on the Everglades Agricultural Area (EAA) Reservoir, which will help filter water flowing south. Officials are also executing key initiatives in the Comprehensive Everglades Restoration Plan (CERP), a 70-part compilation of water treatment projects designed to stem the flows to the coastal estuaries and restore the natural flow of water south into Everglades National Park and Florida Bay.

“CERP is quickly becoming the national example for clean water projects around the country,” said Capt. Chris Wittman, one of the founders of Captains For Clean Water. “It’s showing that we can reverse the damage to many of our estuaries and utilize natural ways to clean and filter water. It’s a complicated but amazing plan that other projects can utilize components from.” 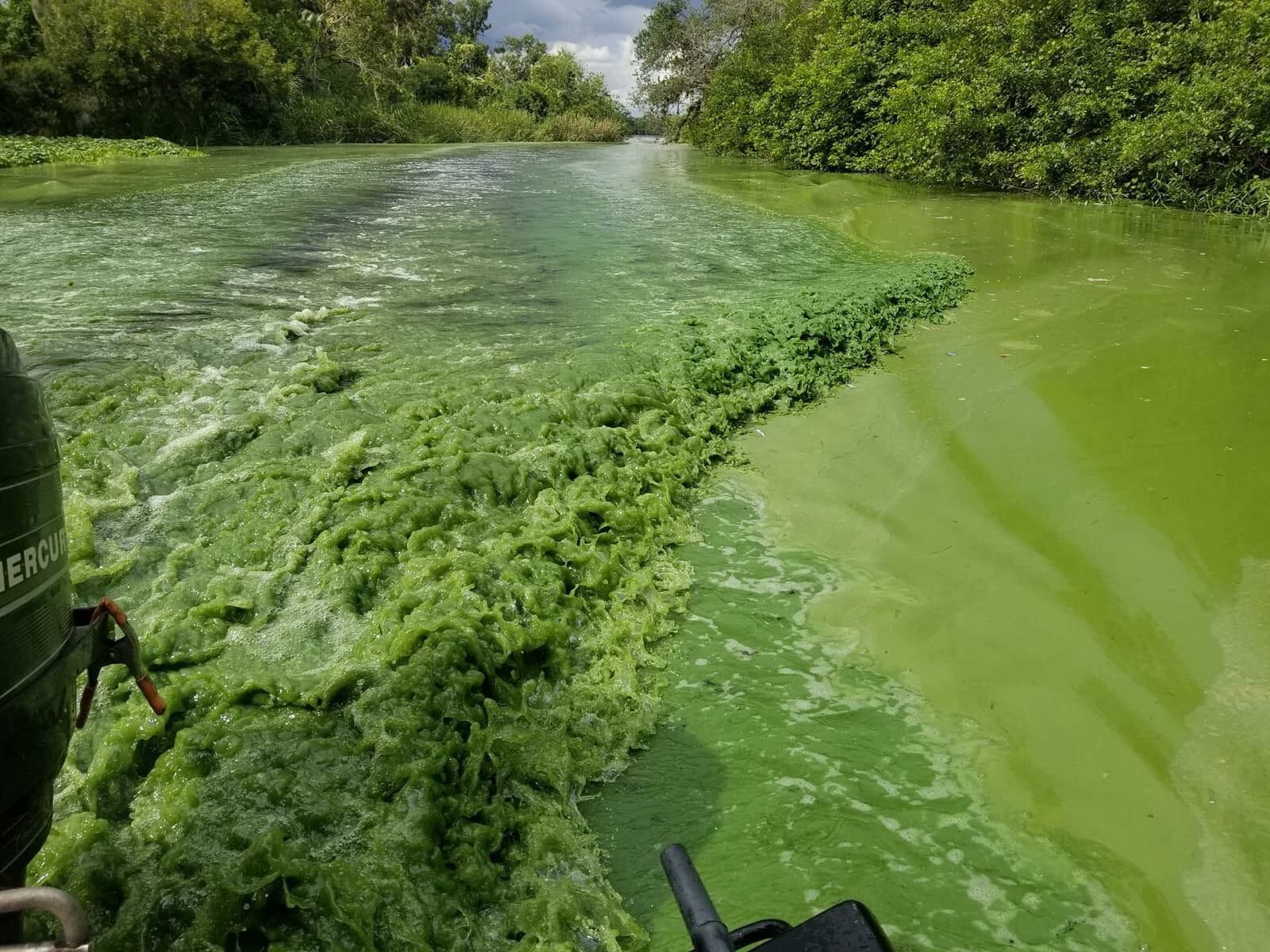 CERP is the largest hydrologic restoration project ever undertaken in the United States and involves the construction of plant-filled reservoirs intended to cleanse the water along its natural and man-made paths. At the same time, the reservoirs have the capacity to hold more water during the rainy periods, decreasing the need to divert water to the coasts.

“As the plan moves forward, more water will flow south into the Everglades and Florida Bay, and there are projects included that open up some of the areas that are blocked by roads to help increase the flow,” said Wittman. “It’ll take years to reverse the process, and the Everglades will never return to the size and scope of the ‘River of Grass,’ but it does show that we can reverse the damage.”

Correcting the flows can make a difference, as recent evidence proves. In 2017, Hurricane Irma swept through the Florida Keys and southwest Florida, washing out much of the sediment and dead seagrasses that had accumulated on the bottom of Florida Bay. At the same time, it dumped massive volumes of freshwater onto the Florida Everglades, simulating the effects of restored natural flows.

“Hurricane Irma gave us a brief look at the impacts Everglades restoration would have on our environment,” said Blanco. “Florida Bay got the freshwater it needed, and we had this huge boon of juvenile snook, tarpon and redfish.” 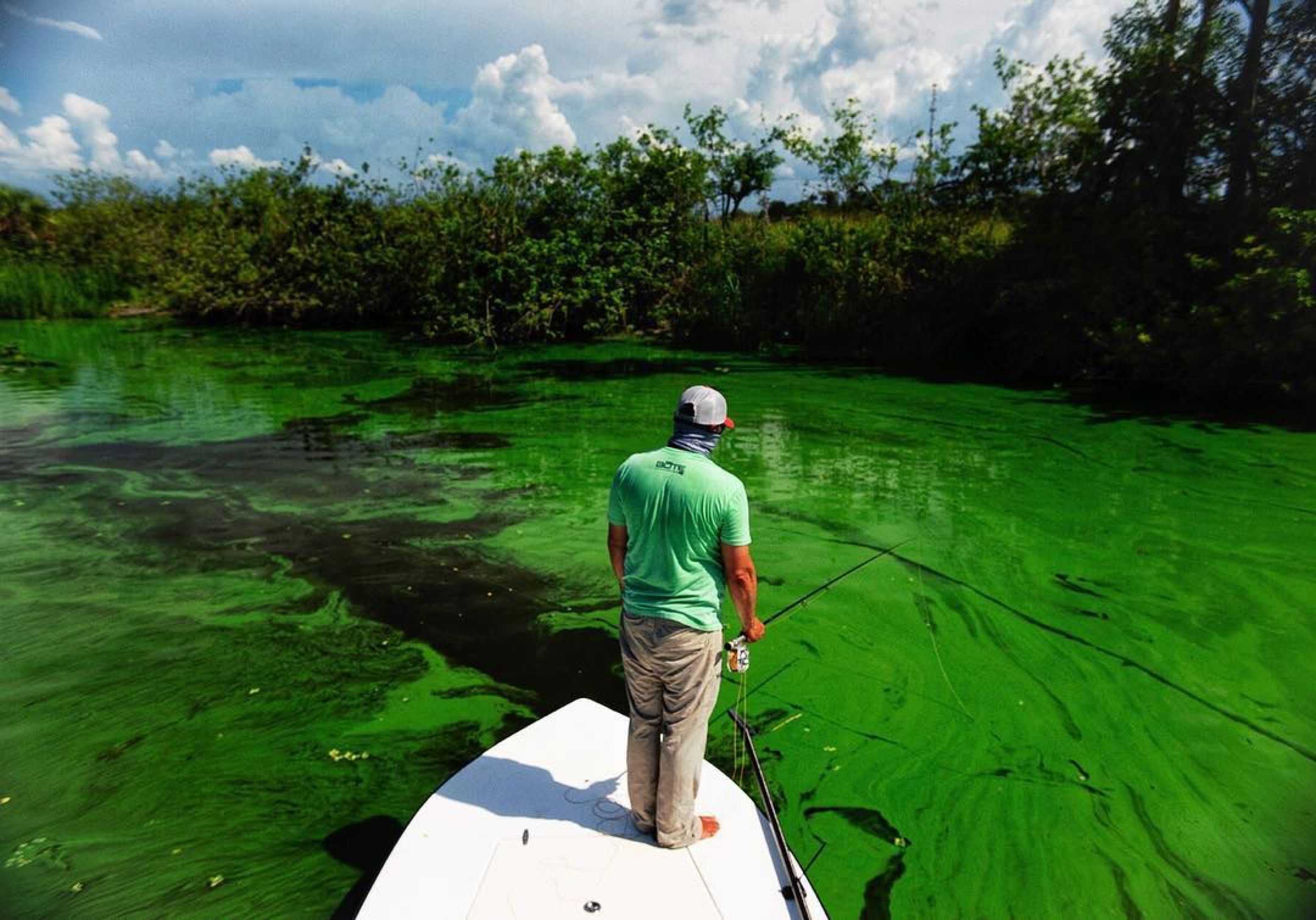 Likewise, in Lake Okeechobee, declining water quality has led to turbid and discolored water and increased frequency of algal blooms in many parts of the lake. Yet on its outer edges, in the stretch of open water behind a wall of aquatic plants and grasses known to the locals as “the Marsh,” the water remains clean and clear. Fish and animals thrive because of the ability of aquatic plants to filter out excessive nutrients. That filtering effect is exactly what’s missing in coastal estuaries where diverted flows of polluted water have severely damaged seagrass beds.

The efforts to restore natural freshwater flows to the south and protect seagrasses on the coasts from dirty water could have similar impacts on a much broader scale as those isolated examples, which is why Wittman stressed the need for citizens to keep their foot on the clean water pedal and help push their politicians to find funding for all the projects in CERP.

Perhaps as importantly, a successful grassroots movement to improve water quality in Florida could serve as a model for conservationists in other parts of the country.

With coastal populations expanding, recreational water users in other regions are experiencing similar water quality issues as in Florida, with other parties competing for access to the same water. Water quality degradation in many lakes, rivers and bays is having a real impact on the economies and lifestyles of people in those areas.

“We all need water to survive, but what we’ve learned from the water issues in south Florida is that man can alter the system to the detriment of the fish, wildlife and even the human populations,” added Blanco. “We’ve also learned that the intrinsic value of water is reflected in our overall quality of life. After all, what is the value of living on or near the water if you can’t swim, fish or boat in it?” 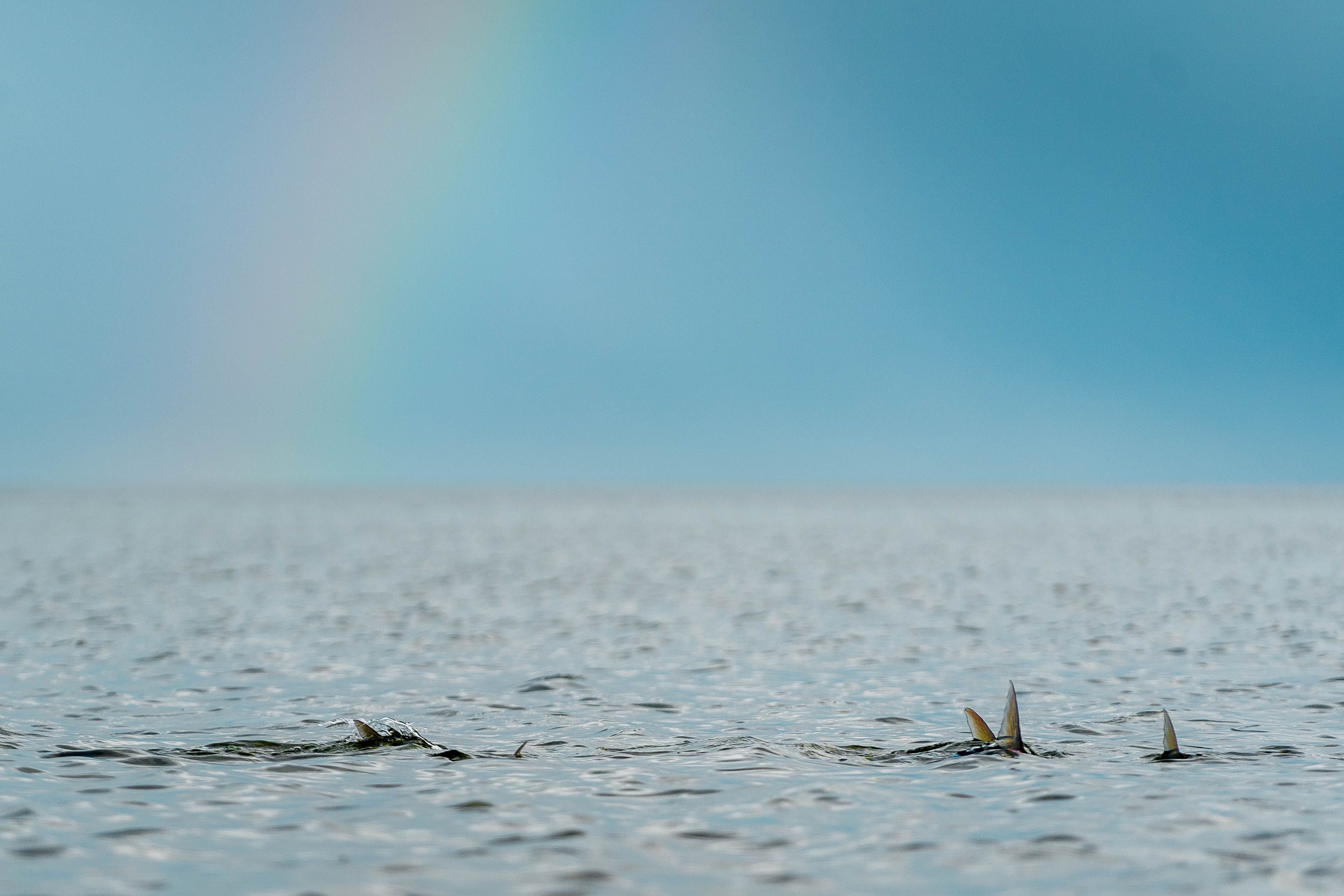 The biggest truth to emerge from Florida’s water crisis, according to Captains For Clean Water, is that the people place more value on the water as a component of their lifestyle and overall happiness than as a natural commodity to be used for income. It’s also possible to restore pristine water bodies to allow recreation and sustain local economies, while at the same time providing water to agriculture and industry.

“Water is a key component in our lives and directly related to our happiness,” said Blanco. “Water is directly related to the health of our ecosystems, and we need to make sure we protect it and take a stand against the destruction of our waterways. We all can make a difference and play a role in fighting for clean water everywhere.”

Learn more about the efforts of Captains For Clean Water and join the fight at CaptainsforCleanWater.org.

Photo courtesy of Patrick Neu – Cyanobacteria on, Lake Winnebago uwseagrant Water conservation is an increasingly important topic in the angling community. While many focus on saltwater conservation, our freshwater sources can not be ignored either. We sat down with ...