Prep Your Boat for High Elevations

Prop pitch and gear ratio make all the difference. 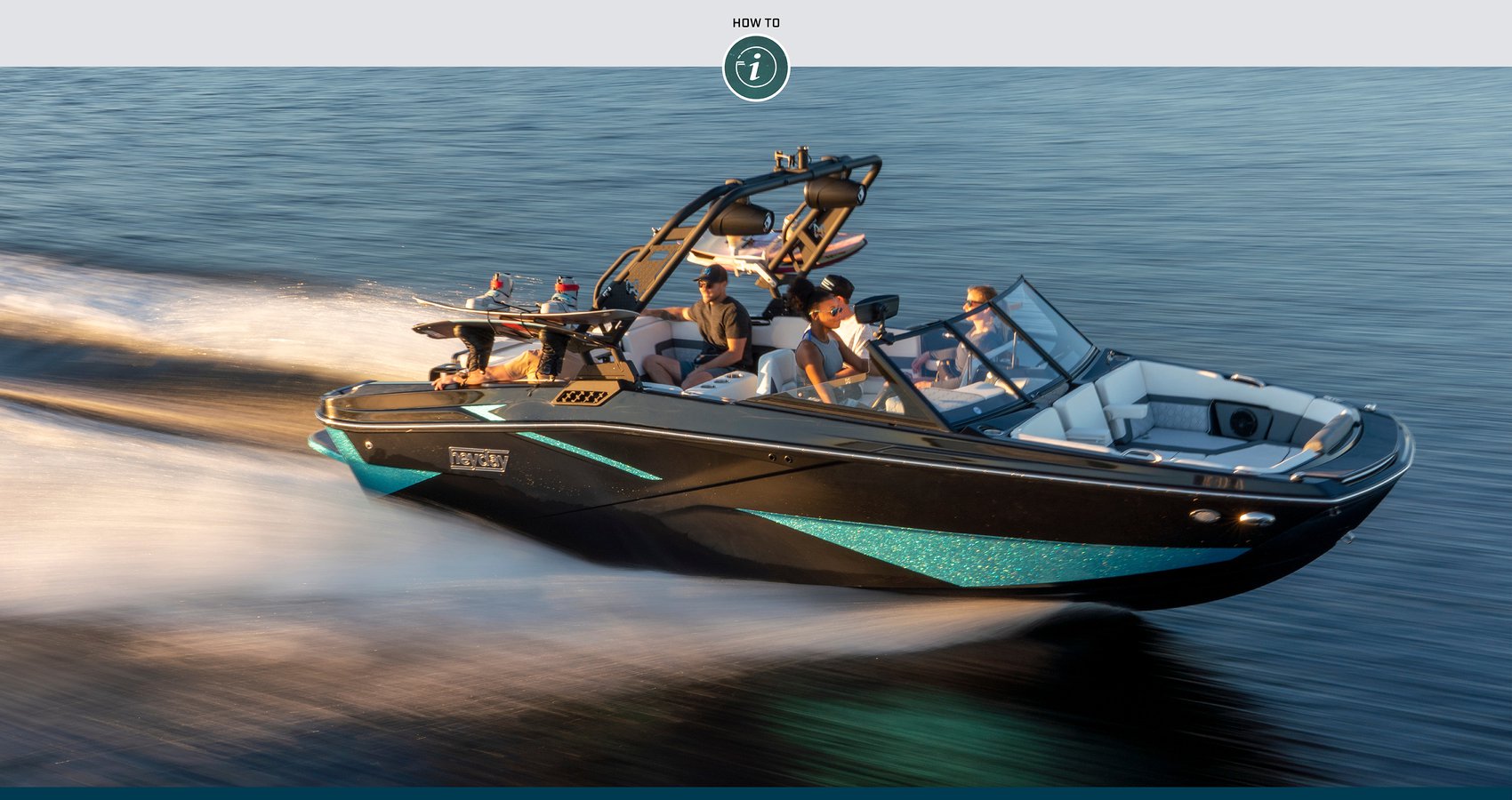 Perpetually sunny skies, low humidity and spectacular views typically ensure that boating in the mountains will be a major hit … unless you forget to prepare your engine for high-elevation performance before heading to high-elevation lakes.

Island Lake Marine in Fort Collins, Colorado, sits at 5,003 feet – less than half the elevation of nearby Rocky Mountain National Park, but high enough to negatively impact any engine not tuned for the environment. Island Lake is a platinum-level Mercury dealer that offers virtually anything its customers seek – new and used boats, repower engines, boat repair, and engine repair and maintenance. It boasts a massive pro shop stocked with watersports gear, and there’s a private lake out back suitable for boat tests and special events.

Scott Jensen, one of two owners of Island Lake Marine, says weather along the eastern edge of the Rockies is nearly impossible to predict. “It’s supposed to be 88 here today, but only in the low 40s and snowing tomorrow,” he said in late May. But he can predict that every summer will bring more than a few visiting boaters who neglected to tune their engines for altitude before launching their boats in one of the many nearby lakes.

“We get a lot of people from Arizona or California and other low-elevation places who come to Colorado, go out boating, then bring their boat to our shop the next day worried that something’s wrong with their engine – but there usually isn’t,” Jensen said.

Boat engines lose about 3 percent of their horsepower for every 1,000 feet of elevation above sea level. At 5,000 feet, properly tuned boat engines operating near Island Lake Marine will experience a 15-percent loss in horsepower. Fuel-injected engines handle the tuning automatically, but carbureted engines that are not properly tuned will lose even more horsepower.

“With today’s motors we don’t have to do much with the engine itself because fuel-injected motors compensate for elevation (which affects barometric pressure) and changes in ambient temperatures,” he said. “And all new outboards and sterndrives are fuel injected.”

However, high-elevation air is less dense than air at lower elevations, which means there’s less oxygen in your engine’s cylinder. The result is decreased power output.

“So, even though an engine is fuel injected, it still loses horsepower as you increase in elevation, so we have to address prop pitch and gear ratio,” said Jensen.

He added that simply changing the engine’s propeller will usually provide an acceptable improvement.

However, if a different prop doesn’t resolve the issue, a gear-ratio change might be necessary.

Jensen said Mercury outboards he receives from the factory are equipped with elevation-appropriate gear ratios, so changing a prop will usually do the trick.

“If you try to run the standard (low elevation) gear ratio up here, you’re running such a small prop pitch in order to get up on plane you won’t have the speed to go anywhere,” said Jensen. “Changing the gear ratio allows us to run a 17-pitch or 19-pitch prop, which is enough pitch for a good hole shot, and you’re also able to maintain some speed.”

He said all boats sold at Island Lake Marine are tuned for high elevations.

“With MerCruiser sterndrives that come on our boats from the (boat) manufacturers, we can request a gear change (by the boat manufacturers before the boat and engine are shipped) or make a gear change here in our shop to compensate for that loss of horsepower.”

Island Lake Marine caters to a wide range of boaters, most of whom live in central and northern Colorado and southern Wyoming. However, Jensen said they also see visiting boaters from the Midwest, Southwest and most Rocky Mountain states.

“We don’t concentrate on one specific aspect of the market. We carry Bayliner and Sea Ray – so, runabouts and open bows, surfboats and more,” he said. “We carry Heyday (wake and surf boats), which is Bayliner’s offering in the surfboat market, and we carry Godfrey® and Crest pontoon boats.”

He said pleasure and watersports boaters outnumber anglers in his region, but anglers aren’t uncommon.

“Fishing guys who come here from a lower elevation aren’t concerned with the watersports performance aspect,” Jensen said. “If they can’t get on plane as quickly and don’t reach max rpm, they’re not that concerned. Most will put up with slow planing time and topping out at maybe 4,000 or 4,500 rpm because they just want to be able to get across the lake to a fishing spot and get back. (According to Mercury Marine, occasionally running outboards at 4,000 or 4,500 rpm will not harm the engine or foul spark plugs.)

“If they come here on a four- or five-day trip, they know everything will be working fine when they get back home. Sometimes, those who come to Colorado or Wyoming from Minnesota, Wisconsin or the Midwest will purchase a prop with a lower pitch to use at higher elevations, and then keep that prop to serve as a spare ‘emergency’ prop when they’re back at lower elevation.”

Jensen recommends that all boaters – whether they live at high altitude or plan to take their boat to such environments – make certain their boats are tuned for the appropriate altitude before heading out on the water.

“When you’re fishing at high altitude the first rule is to have the correct prop pitch. But you can also help yourself by balancing the weight in your boat,” said Jarrett Edwards, a Mercury Pro Team member and host of the “Jarrett Edwards Outdoors” TV show who lives near South Fork, Colorado. “And even though my boat will be pitched properly, I probably won’t need a full tank of fuel because lakes in the mountains are typically smaller than large lowland lakes, so I fuel up accordingly.”

Visiting locations at higher elevations can bring on altitude sickness, with symptoms that can include headaches, dizziness, nausea, shortness of breath, fatigue and increased heart rate.

“After living at Lake Powell (elevation 3,000 feet) for 22 years, moving back to 9,000 feet in Colorado was a big adjustment,” said Edwards. “To avoid headaches and fatigue you’ve got to drink a lot of water up here. Staying max hydrated is a big deal if you want to stay out on the water as long as possible.”

Anyone planning to visit a higher elevation – or anyone who wants to better understand the potential effects of high elevations – should consult their doctor.

“You also have to prepare for the weather to change every time you’re on the water at high elevations. Even though the forecast for the afternoon might be 78 degrees, it’s going to be 28 or 30 degrees at the docks that morning, so you need to bring clothing for two seasons in one day. And it’s not that the wind might blow that afternoon – it will blow that afternoon, and it might blow you off the lake until the next day. Make sure you have the right boat for that water and the right horsepower for your boat so you can move quickly when you need to.”

How to Find the Ideal Cruising Speed on Your Boat

Different people have different ideas of what makes an ideal cruising speed for their boats, but most captains take three major considerations into account: efficiency, comfort (considering sea conditions) and time constraints. Comfort and time constraints will vary not only ...

Turn Your Fishing Boat into a General-Purpose Boat

Many bass boats, bay boats, center consoles and other fishing boat models are designed for a single purpose: catching fish. Their decks are open and relatively free of built-in furniture and cabinetry that could interfere with fishing. Most of the ...