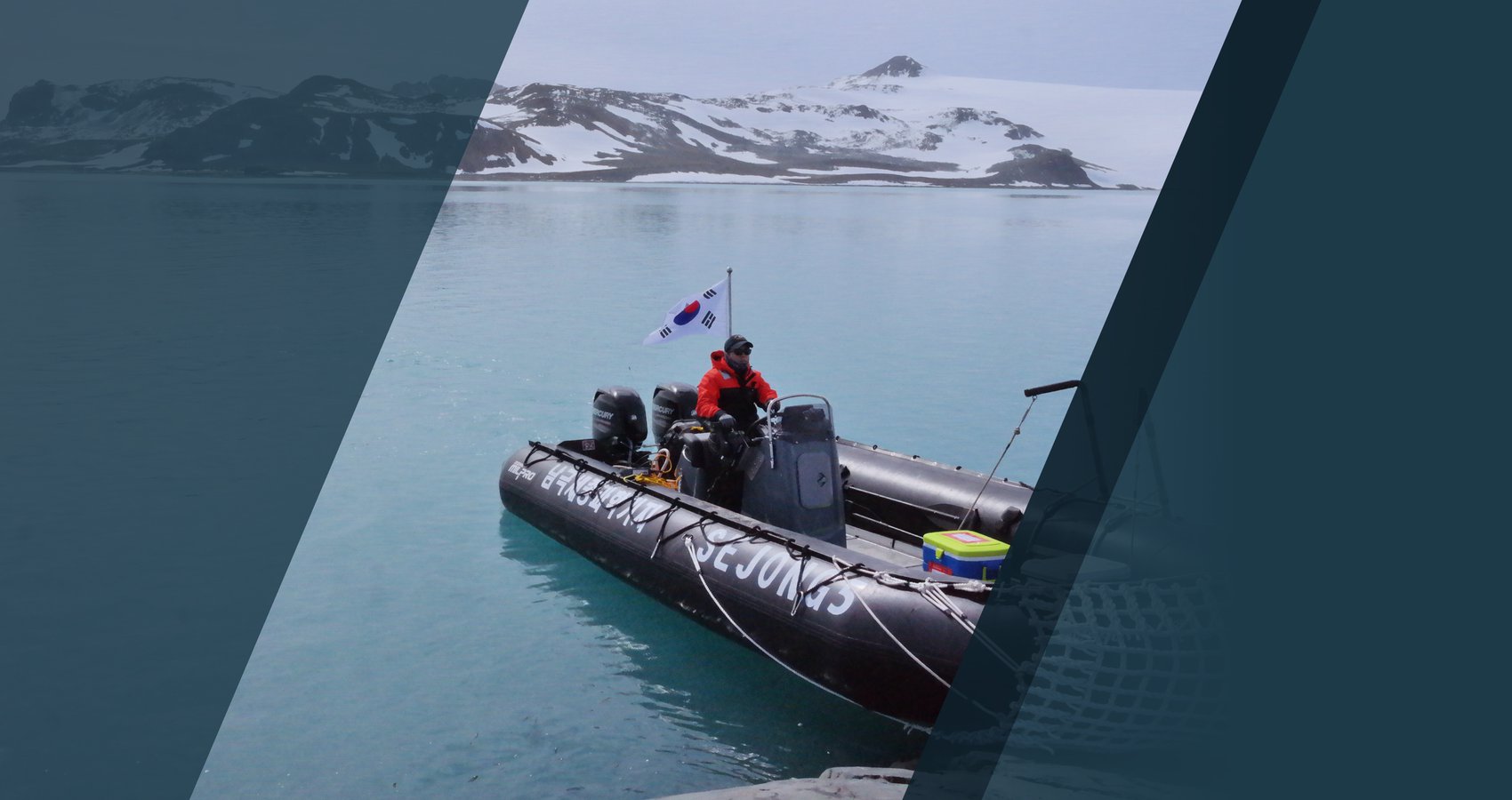 Mercury is no stranger to demanding users, environments and conditions for its engines. Commercial fishing, law enforcement, racing, search and rescue, and tournament angling are just a few of the applications that push equipment to its limits.

But there are a handful of Mercury-powered boats that get used just a few months every year that are probably in the most exacting situation on the planet. The boats are seven-meter Zodiac MK6 HD inflatables, each powered by a pair of standard 60hp FourStroke outboards. The boats are rather ordinary when compared to the high-performance, feature-laden craft employed in myriad applications around the world.

The thing that makes these particular boats special is the location: 62° 13' S, 58 ° 47' W to be precise, at the King Sejong Station, King George Island, Antarctica.

The boats are the property of the Korea Polar Research Institute (KOPRI), a scientific research endeavor owned and operated by the Republic of Korea (also known as South Korea, or ROK) government. The base at King Sejong Station annually hosts approximately 100 international researchers between December and March, the Antarctic summer months, studying climate change, the marine environment, the health of the ozone layer, and Antarctic birds, among other areas. About a dozen crew members stay through the long polar winter each year to maintain the buildings and equipment.

The boats and engines are the responsibility of two crew members, primarily, with the on-site support of a technician from Mercury dealer MarineLand Ltd. in the summer, according to dealer service technician Kwon Byeong Hak, who has made the journey several times. Just getting to the station is no small feat, requiring an 11-hour flight from Seoul, ROK, to Los Angeles, followed by a similar length flight from LA to Punta Arenas, Chile. From there it’s a three-hour flight or three-day boat ride to King George Island, before a final 30-minute plane ride to King Sejong Station.

Currently there are three boats rigged with twin Mercury 60hp FourStroke outboards at the station, plus two spare engines. The base also stocks five sets each of anodes, fuel filters, spark plugs and impellers, plus a good supply of engine oil and gear lube. They also keep two to three sets of control cables, propellers, lower unit assemblies, and various electrical parts. After all, the nearest Mercury dealer is almost 1,900 miles – and several days travel, weather permitting – in Buenos Aires, Argentina, and nearly 11,000 miles to MarineLand Ltd.

Furthermore, unscheduled downtime takes away precious opportunities for the visiting scientists to do their research and exploration. Not to mention the fact that getting stranded in such extreme sea conditions would immediately put lives in danger.

“They need boats and engines in order to cross the sea from Frei Station to King Sejong Station on King George Island,” Kwon said. “So, boats are for a transportation and also marine research activities depending on the year and what field of study the researchers come from. Different researchers come every year, so there are different things being studied like marine biology, glaciology, etc.”

As one would imagine, routine care and maintenance can be anything but routine in such a harsh environment. For example, outboards operating in saltwater need to be flushed, even if the average air temperature on the island is 29 degrees Fahrenheit (-1.8 degrees Celsius). For this, snow must be melted down in the station’s maintenance facility before being pumped through the engines.

Each boat is operated for 70-100 hours per season and has been since the engines went into service in 2015. The boats and engines are meticulously maintained by the trained station staff members and the visiting Mercury technicians, so no major issues have been recorded. Kwon said the expectation is that engines will last at least 10 years in total.

And when the time does come to replace the engines, it’s a good bet that they’ll be replaced by the latest and greatest iteration of hard-working Mercury FourStrokes.

“Mercury engines are the engines of choice because of their durability and reliability, so they can perform in harsh environments,” Kwon said.

Alarmed by a growing threat to marine ecology in the Pacific Ocean, Hayden Smith of Auckland, New Zealand, decided in 2002 to do something about it. His crusade, which began with picking up floating plastic bottles using his kayak, has evolved ...