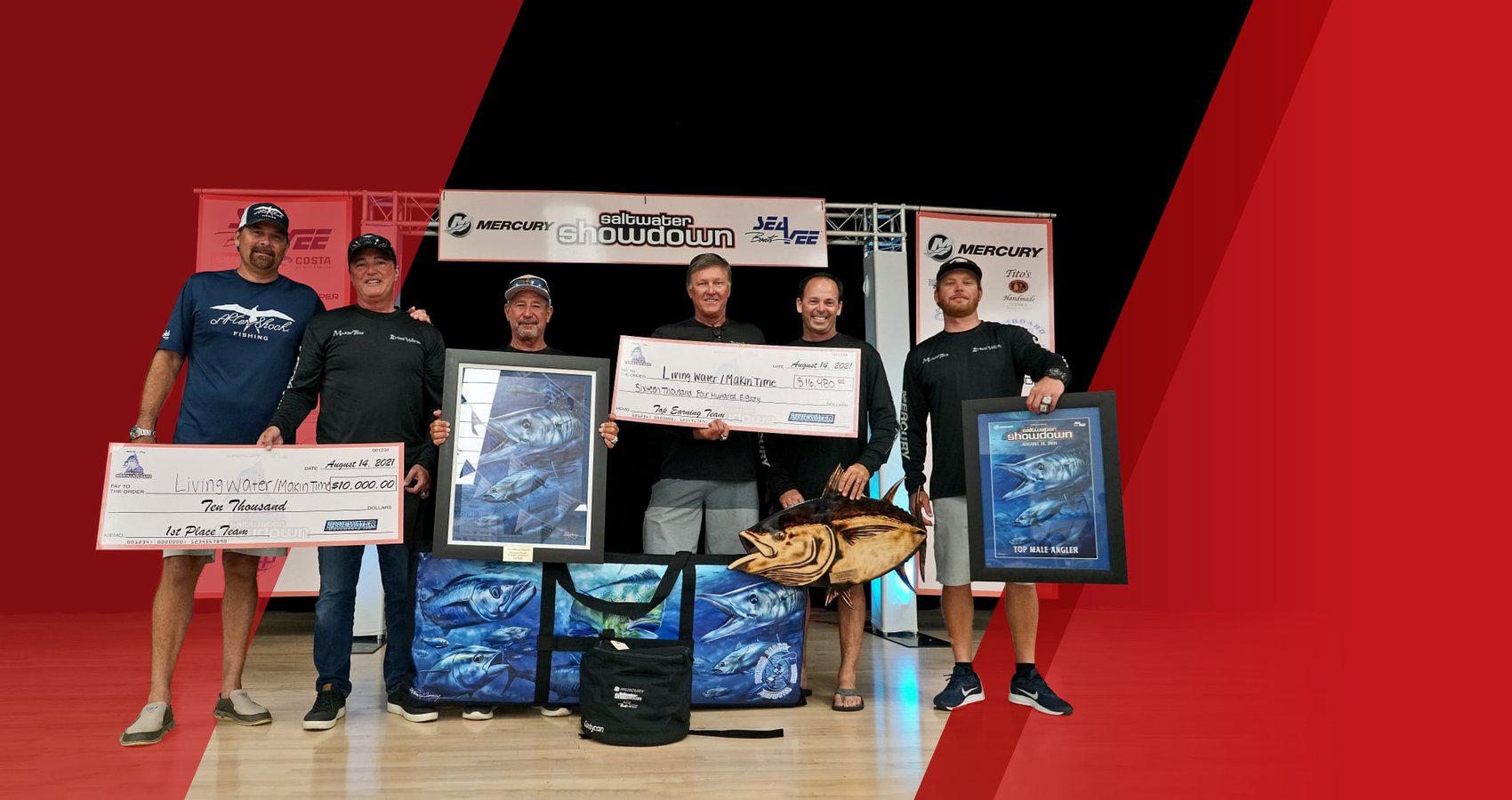 After being rescheduled due to inclement weather, the Bluewater Movements Saltwater Showdown kicked off Aug. 22 out of the Boca Raton and Hillsboro inlets. 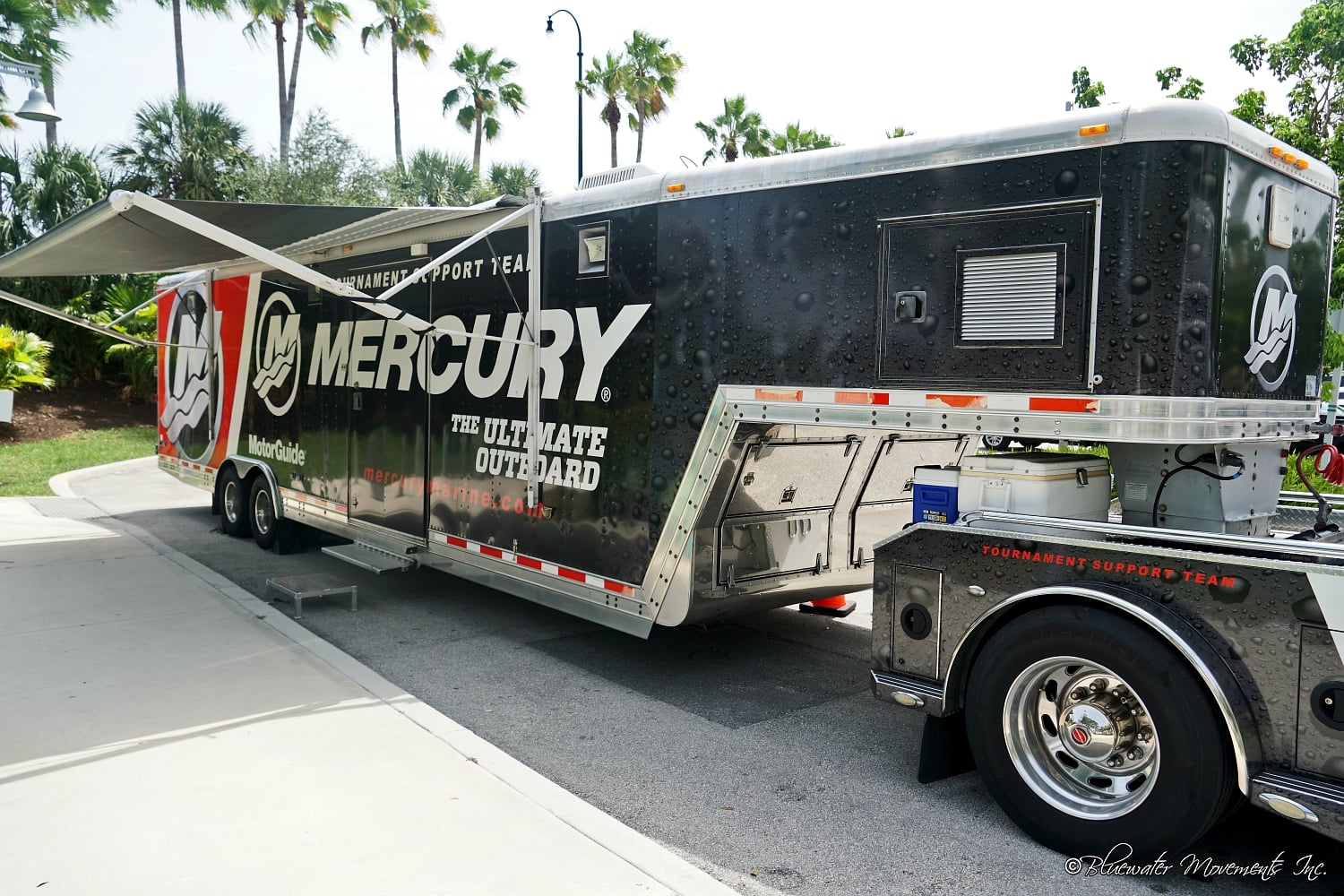 The Saltwater Showdown is the third and final leg of the Mercury-sponsored Bluewater Movements Summer Series, a saltwater multi-species tournament trail that takes place annually from May to August. The Showdown follows the Saltwater Shootout and Saltwater Slam.

The 55 competing teams at this year’s Showdown chased after dolphin (mahi-mahi), wahoo, kingfish, tuna and cobia for a chance at winning a piece of the $96,682 total purse.

Within that fleet, Mark Miller and his Living Water/Makin’ Time team, powered by triple Mercury 400hp Verado® outboards, set out with big aspirations. Though the team earned the 2020 Showdown Crown, awarded to the overall Summer Series champions, it came up short at last year’s Summer Showdown tournament. A second-place finish provided extra motivation for this year’s event.

This time, the Living Water/Makin’ Time team brought 124.8 pounds of fish to the scale, including a first-place tuna (23.6 pounds) and a tuna that tied for second place (20.2 pounds). The total weight was enough for the team to finish first place overall and take home the winning prize of $16,480.

These anglers comprise a very experienced team. For instance, Miller has fished with Benson for more than 20 years, and Goldman – the Master Angler of the Showdown in 2020 and 2021 – has been fishing with them since he was 12 years old.

This experience and teamwork paid off on the water during the final tournament as the team had to make adjustments and some critical decisions that paid off in the end.

“We pre-fished an area on Saturday and got on a pretty decent bite,” said Miller, “but on tournament day we went there and the porpoises were everywhere, and the fish were gone. So we had to pivot and decided to turn and go fish the Jupiter ledge. Our goal is to always get 100 pounds of kingfish (with four fish) before we start looking for other species.”

The team members prefer to kite fish.  However, with the wind not on their side, they resorted to slow-trolling downriggers along the Jupiter ledge for all their kingfish.

“We believed we were somewhere around 80 pounds,” Miller recalled. “It was getting late, and as a team, we agreed the chances of upgrading were slim. So we decided it was best to change up. We headed south and started looking for blue water in 130 to 150 feet, which is what we normally like to look for to target wahoo or some blackfin tuna.

“We found an area off of the Breakers hotel that was full of life and set up a drift in about 250 feet. We were able to fish our favorite way and get a full live-bait spread out using three kites on one side and a mix of flat lines and deep lines on the other.” 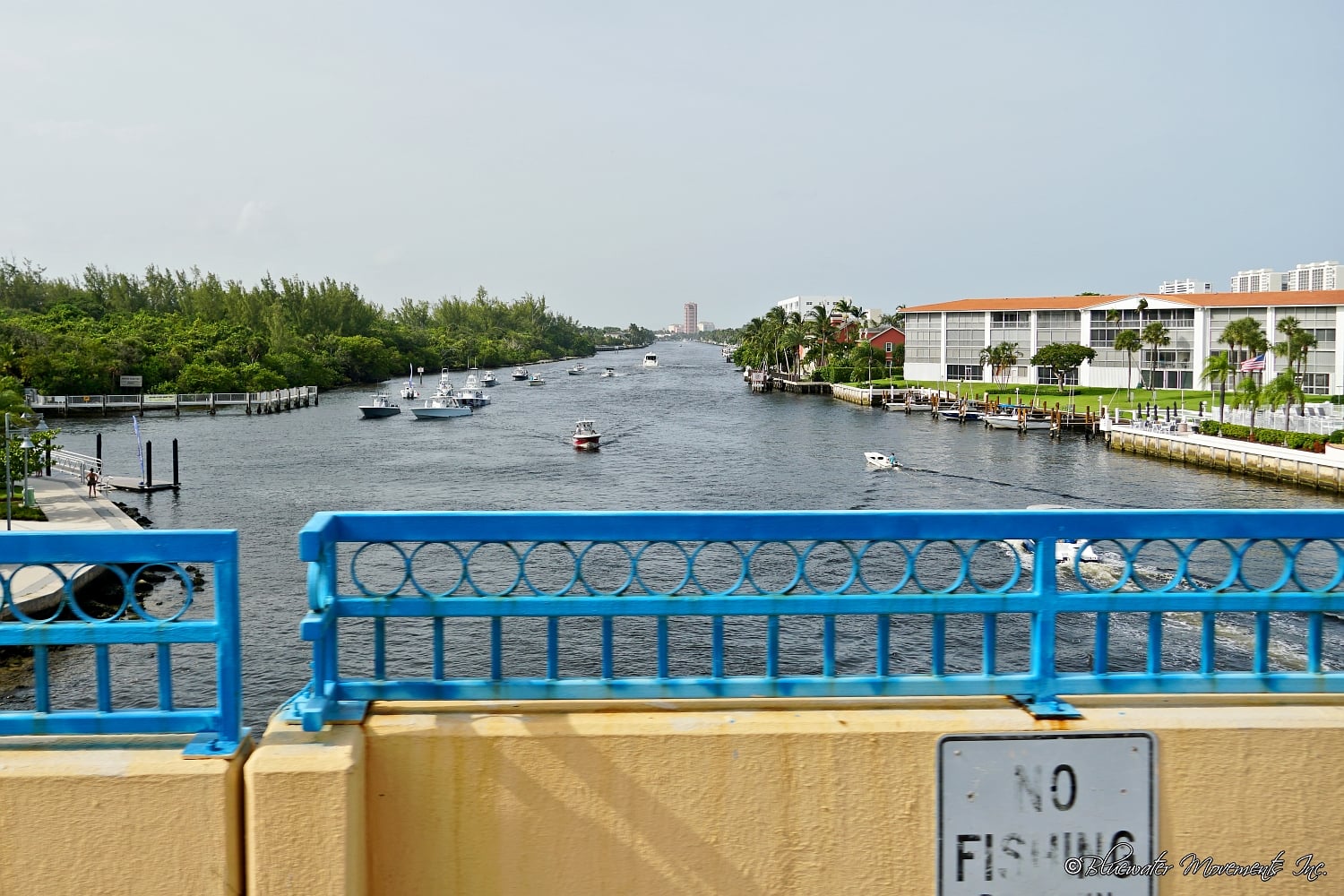 With only an hour left to fish, this area produced an adrenaline rush for the team when it hooked its first big tuna. While chasing down the fish, the team suffered a tangle in the kite spread, and before the anglers could sort out the debacle, another tuna slammed one of the kite baits.

“While we were trying to clean up the mess we made from chasing after that first big tuna, one of those kite baits got hit, and we were able to engage (begin fighting) with that fish and put him in the boat about 10 minutes later,” Miller recalled. “As soon as that tuna hit the deck of the boat, we immediately knew we were in the hunt for the win.”

With the intensity of that half-hour, the anglers of Living Water/Makin’ Time were hyped up to have been able to pull it off and box both fish given the imperfect circumstances. But that’s why they love the sport of competitive offshore fishing.

“When you pick at them throughout the day in a tournament and look in your box and think to yourself ‘we’re definitely in it,’ that’s cool too,” Miller added. “But, just like last year, when we picked up a big wahoo at the buzzer to take the overall crown, this year was another one of those insane team celebrations on the boat where everyone is full of adrenaline after a couple of fourth-quarter tunas. It’s a feeling you can only mirror in team sports, which is why we love tournament fishing so much.”

Living Water/Makin’ Time may compete in the upcoming 2021 Bluewater Movements Sailfish Series but, for now, is enjoying this victory and looking forward to the 2022 Summer Series.

SEAVEE is a registered trademark of RAM Investments of South Florida, Inc. All other trademarks belong to Brunswick Corporation.

The Point of it All: Expert Advice on Saltwater Hook Selection - Part 2