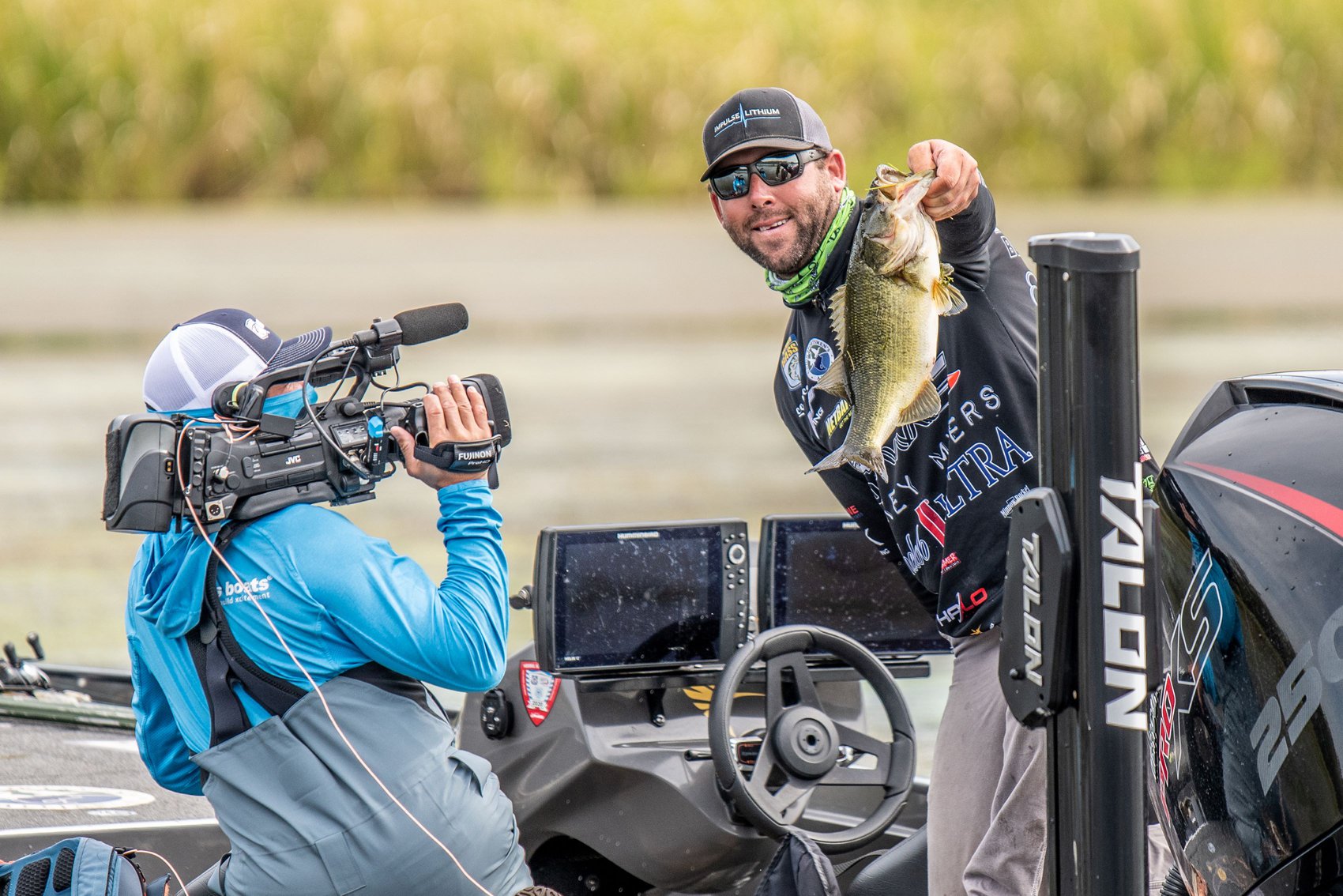 Before he qualified to fish the Bassmaster Elite Series in 2019, Livesay guided full-time on Texas' Lake Fork for seven years and upward of 310 days a year. A full tour schedule has cut into that tally the past two years, but to say the 35-year-old has spent a lot of time on the water would put it mildly. Fishing 310 days in a year works out to six days a week.

"The other days I was hunting," he said with a smile.

"Lake Fork is a good place to learn because we have every environment here to fish: wood, grass, deep, shallow, big fish, small fish,” Livesay added. “I learned how fish change during the year, how to target big fish and how to catch numbers. Time on the water guiding prepared me for tournament fishing."

Because of challenging fishing during the event, Livesay chose to maximize his time by fishing until the last possible minute. As a result, he experienced some late-day heroics at Chickamauga that propelled him to the victory, his first in 31 career events with B.A.S.S. 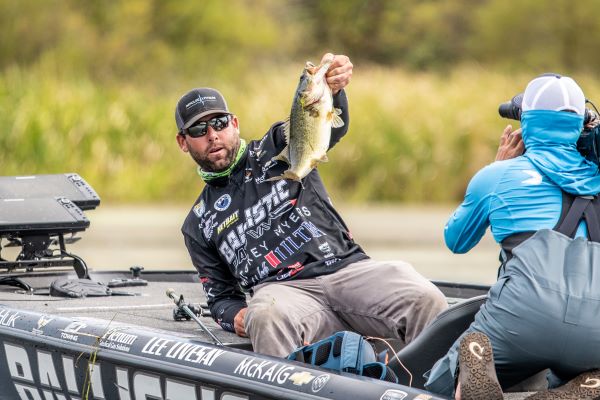 "I caught a fish on my last cast on both the third and final day,” said Livesay, who competes in a Mercury 4.6L V8 250hp Pro XS-powered Ballistic Boats .223, made in Fruitland, Idaho. “By the time I was able to cull out my smallest fish, it was time to go. I had 100% confidence in my motor cranking up and getting me back. If I don't make those last two casts, I don't win this event. I made it back on the final day by just 40 seconds."

"I stayed in between the Dayton Boat Dock and the Highway 60 Bridge the whole time," Livesay said. "It was so tough. You had to keep your bait in the water the whole time. That area is where I had the most bites.

Livesay was particular about the types grass mats he fished, with seclusion and current flow topping his list of important criteria. Also, venturing far into the mats' shallowest reaches allowed him to target bass that see little to no fishing pressure.

"Quiet was the deal for me, so I was push-poling into the area with no trolling-motor noise," he said. "Also, there were a lot of tiny shad around the outer edges of the mats, but the shallower you got, the fewer shad you'd have. They were eating bream about the size of my frog."

Alternating between black, white and yellow hollow-body frogs, Livesay added tungsten weights inside the baits to improve casting distance and create attention-getting noise. More importantly, the additional weight created a deeper impression in the mats and made the frogs easier for fish to track.

"I was making long casts and working my bait fast," he added. "I'd let it sit (for a few seconds) to let the fish get comfortable, but then I'd start working it fast again. When I'd move it again, I'd want them to be looking for it. It's all reaction." 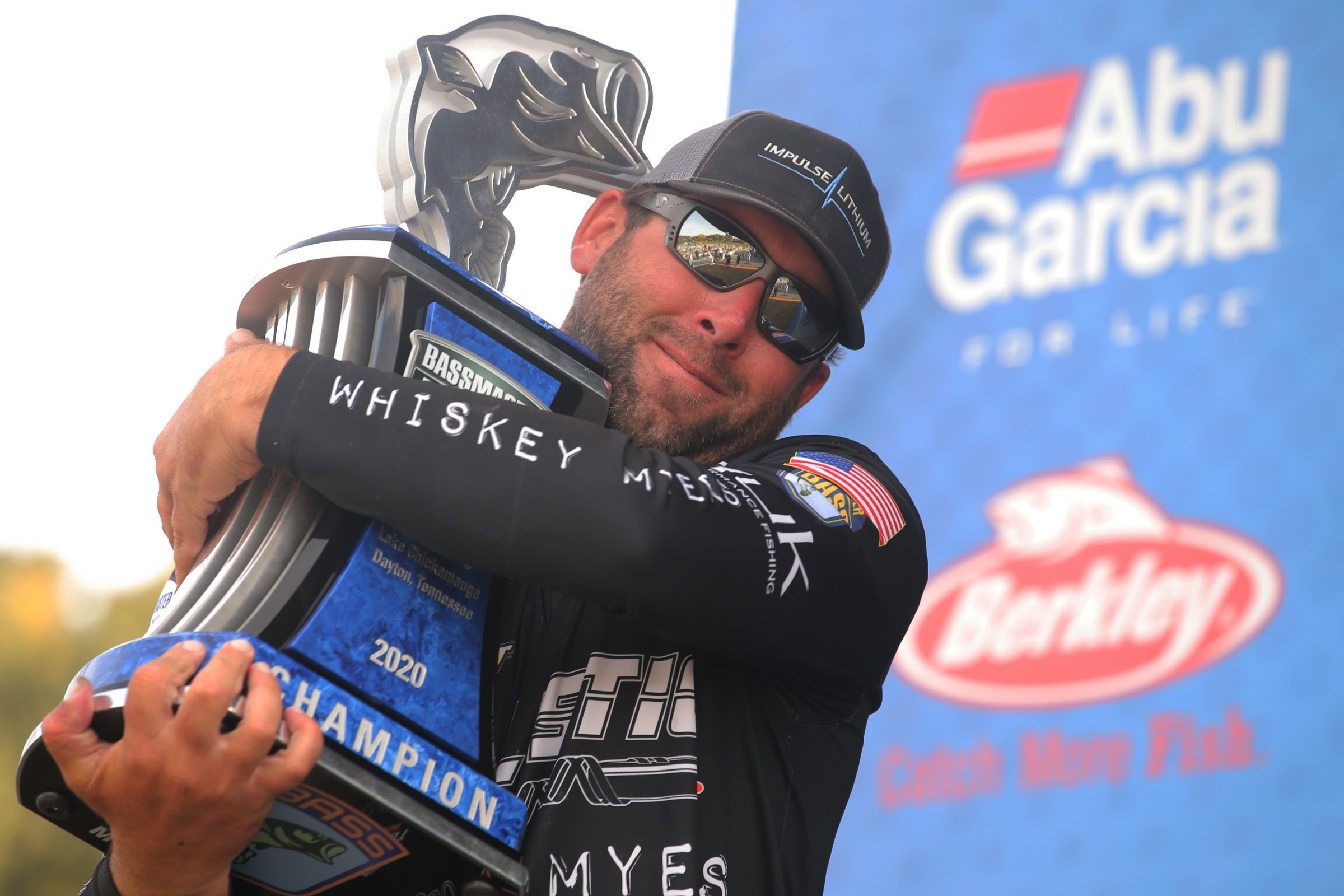 Visibly overcome with emotion as B.A.S.S. emcee Dave Mercer announced his victory, Livesay summarized his tears: "I've been wanting this my whole life. That's 35 years of dreaming and a lot of hard work."

Earlier in March, Livesay realized another lifelong dream by fishing the 50th Bassmaster Classic on Lake Guntersville. He competed well and finished in eighth.

Like the Classic, where Mercury pros claimed the top nine spots, the Mercury Pro Team excelled at Chickamauga. The top six places and nine of the top 10 were held by Mercury pros.

"I was targeting bluffs with laydowns and current breaks," Huff said. "That was key. They were sitting right behind those laydowns."

Huff caught a 7-pound, 13-ounce bass on the final day to secure Phoenix Boats Big Bass honors for the event.

The Bassmaster Elite Series season wraps up on Livesay's home fishery, Lake Fork, Nov. 5-8. The winner of that event will earn automatic qualification into the 2021 Bassmaster Classic, also to be held in Texas on Lake Ray Roberts.