Measuring fish isn’t as simple as it seems. 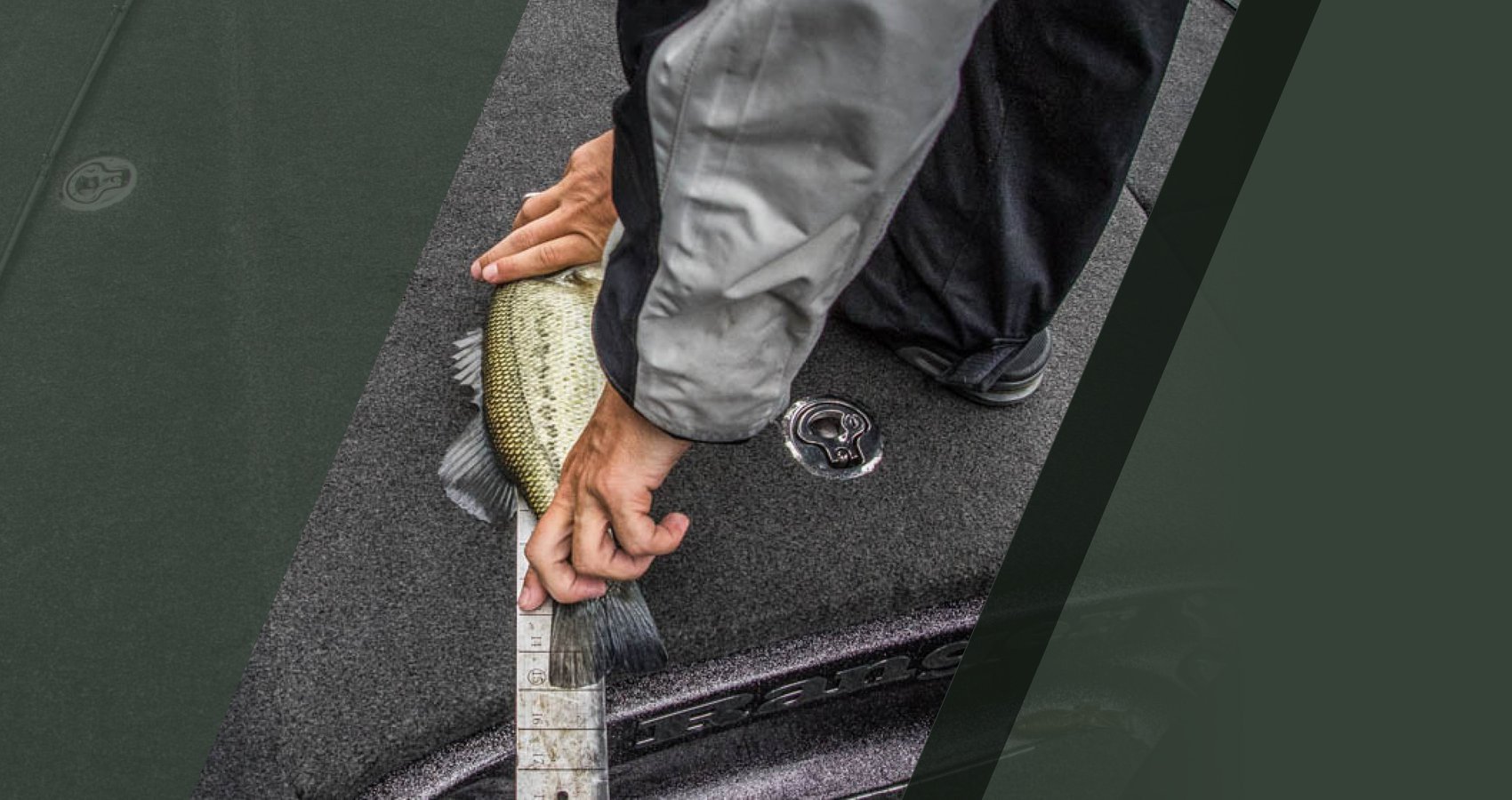 At first blush you’d think learning how to measure a fish should be simple: You hold it up to a ruler and read the numbers, right? If only it were that easy. There are various methods used to measure fish, and these different methods can lead to different results. If you’re trying to determine if a fish meets legal length to keep it or if it’s a contender in a tournament, measuring a fish in the appointed way becomes crucial.

The biggest difference in how you measure fish comes down to where on the fish you take the measurements. When fish are measured for scientific purposes or sometimes for legal size limits, fork length may be used. Fork length is the measurement from the tip of the nose or jaw to the shortest part of the tail, which for most fish is in the center of the tail, known as the “fork.” Since some individual fish may have larger or smaller tail fins than others in the same school, this is generally considered the most accurate way to gauge a fish’s size.

Overall length is the measurement from the fish’s nose or jaw to the longest tip of its tail. If a state or tournament organization bases fish size on overall length, it’ll often dictate whether pinching the tail is allowed. “Pinching” isn’t really pinching at all; it’s the term used for closing the two fins of the tail together, which increases the overall length of the fish.

The rules may also dictate whether you measure the fish with its mouth open or closed. The difference usually only amounts to a fraction of an inch, but that can make the difference between putting a legal-sized fish in the cooler or dropping it back over the side.

Whether you’re fishing in a tournament or trying to decide whether to keep a fish for dinner, it’s imperative to first look up the rules on a tournament-by-tournament or a state-by-state basis. You need to know the proper way to measure that fish among these different options, according to the circumstances you’re in.

How to Measure Fish on a Bump Board

You can hold a fish next to or on top of a ruler to get a rough measurement, but to be completely accurate, many anglers use a “bump board.” This is a ruler with a 90-degree edge of some sort sticking up at the zero mark. This way a fish can be placed on the bump board with its nose against the upright edge, right on the zero. Bump boards are commonly required in catch-photo-release (CPR) tournaments, since they make it easy for photographs to clearly show that the fish’s nose is right on the mark. On boats, anglers often install or place a ruler on the deck snugged up against a vertical wall or surface, so the vertical surface can act as a bump board.

How to Care for Fish while Measuring Them

CPR tournaments have become more popular in recent years, as angler awareness about the importance of sustaining our fish stocks has grown. Most tournaments will require the use of bump boards; sometimes specific makes or models. Generally speaking, as long as you learn how to properly catch and release fish, your catch will swim away unharmed. Just be diligent about minimizing the time the fish is out of the water for measuring.

If you want to be as gentle to the fish as possible while measuring it, and you’re practicing catch-and-release fishing while not in a tournament, it’s even easier on the fish if you measure it in the water using a flexible tape measure. The results won’t be as spot-on accurate, but you can get a reasonable measurement while minimally stressing the fish. There are also some products made to measure specific species of fish with minimal impact, some of which contain the fish in a pocket or otherwise hold it in place so it doesn’t injure itself by struggling while being measured.

Always remember that the regulations regarding how to measure a fish will change from tournament to tournament and from place to place. The only way to be completely sure you’re measuring a fish the correct way for the specific situation is to study up on the rules before you go fishing.