The basics of how to cast for cash 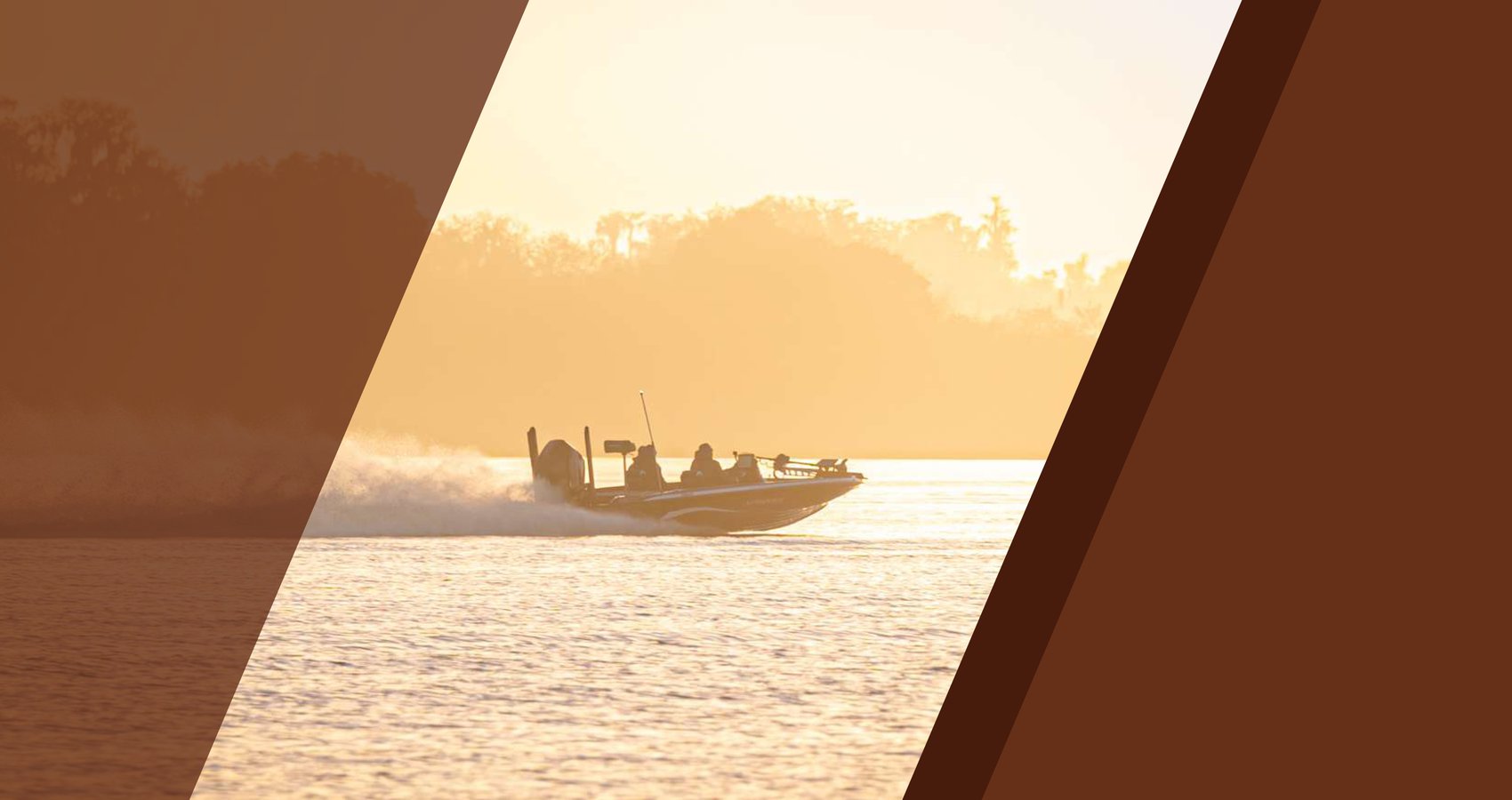 One of the best parts about the sport of fishing is the opportunity to dive as deep into the many aspects of angling as you’d like. For a growing number of anglers, that means transforming their passion for a hobby into the drive to compete in fishing tournaments.

Getting into tournament fishing can be both exciting and intimidating for newcomers, as many eventually find themselves faced with the question, “Can I compete in this sport, too?”

The answer is yes. With a little advice on where and how to get started, plus a basic understanding of how tournaments work, you can begin enjoying competitive fishing at a level that suits your interests and capabilities.

Anywhere you can find good fishing, chances are there are tournaments taking place – in saltwater, freshwater and even on the ice. In the United States, freshwater bass tournaments are most popular, though there are plenty of opportunities to target other species, including catfish, walleye and crappie on the freshwater side, and kingfish, tuna, striped bass, marlin and redfish in saltwater.

Competitions for each species usually have their own set of customs and rules. In this article, we’re focusing on bass tournaments, since they’re most popular and provide a good overall look at how tournaments work.

There are bass tournaments for all skill levels, from beginners to students to full-time professionals.

In most professional events, anglers compete individually. They vie for tournament prizes as well as season-long angler-of-the-year titles and championship qualifications.

Many mid-level, or triple-A events, are structured similarly, but use a “pro-am” format. The “pro,” or boater, fishes in the front of their own boat and competes only against other pros. The amateur, or co-angler, is randomly assigned to fish in the back of a pro’s boat, and only competes against other co-anglers. Co-angling is a great way for developing anglers to grow their skills and learn about competition without a major investment in equipment.

In local or amateur bass tournaments, anglers typically compete in teams of two. It’s the same for most college and high school events (high school anglers compete with an adult boat captain). This format offers an excellent opportunity for anglers to work together to develop their skills – and to simply have a great time.

The most popular bass tournament format is a five-fish limit, live weigh-in event. Anglers compete to see who can catch the heaviest combined weight for five bass. Each fish must meet the required minimum length set by the tournament organization or state of competition, and the fish must be kept alive in a livewell to be weighed later. In most states, after anglers catch five bass, they can upgrade their catch by replacing a smaller one in the livewell with a bigger bass

At the end of the day, anglers bring their catch back to the takeoff site, where the fish are checked for legal length and to make sure they’re alive. The penalty for an expired fish can range from docking an angler’s weight by a few ounces to that fish not being counted at all. Once fish are checked, tournament officials weigh them, and a winner is determined.

Recently, catch-record-release (CRR) tournaments have gained popularity. In CRR events, anglers catch a bass of legal size, then follow a preset procedure to measure, photograph and remotely log the fish with tournament officials. They then immediately release the fish. At the pro level, this format has been adapted for live broadcast with in-boat officials who weigh and record every bass for the anglers.

The CRR format allows tournaments to take place on waters where possessing a five-bass limit isn’t possible due to regulations and in watercraft that don’t have livewells, such as kayaks. It also creates a different experience for both fans and anglers.

In CRR events, scoring varies. It can be done by length or weight, and it can be based on the five (or more, or less) best fish or the total catch. Scores are usually tracked throughout the day.

Conservation is a vital part of tournament fishing. State wildlife officials regulate tournaments by issuing a limited number of permits for events each season. They also help establish the legal length requirements and often use tournaments as opportunities to gather data on local fish populations.

These days, all bass tournaments are release events, where the fish are returned to the water alive. In a CRR tournament, this takes place immediately. In live weigh-in events, there are steep penalties for expired fish, so anglers take great care of their catch to ensure the bass can be returned at the end of the day.

Of course, many anglers are drawn to tournament fishing for the chance to compete for trophies and cash prizes, but there’s more to it than that. There are tournaments held every year to benefit charity or to get young people involved in the sport.

Most youth tournaments are free to enter. For adults, entry fees can range from $50 for a local event to more than $5,000 at the pro level. Generally, the higher the entry, the higher the potential payout, which draws a higher level of competition.

Some Basics on Rules and Procedures

Before you enter a tournament, it’s important to familiarize yourself with the logistics, beginning with the rules. The rules are established to maintain a safe and fair competition. They govern things like the size and type of boat that can be used, legal methods of fishing, safety protocols, the competition boundaries and conduct between anglers. And, of course, anglers must be properly licensed to fish in the state where they compete.

Rules are typically published in brochures or online, and it’s up to each angler to read, understand and follow them.

In most events, the organizers host a pre-tournament meeting to recap the rules and share any information specific to the body of water. Teams or individuals are then assigned boat numbers that determine the order of takeoff and their required check-in time. A typical tournament day on a weekend will last eight hours, while weeknight tournaments last about half as long.

Prior to launching on tournament day, officials will check anglers and their boats to ensure their livewells are empty and functional, each angler is wearing a life jacket, and the engine cut-off switch is attached and working. Life jackets are required any time the engine is running.

Remember, if you ever have questions, tournament directors are a great resource and typically ready and willing to educate anglers on the rules and logistics of competition as needed.

Where to Find a Tournament

Tournament fishing opportunities are vast. If you’re just getting started, joining a bass club is one of the best ways to meet other anglers and learn about tournaments in a friendly atmosphere. Many clubs are associated with larger organizations such as The Bass Federation or B.A.S.S. Nation, which offer chances to qualify from the local level to state, regional and national events. These clubs have served as launch pads for many professional careers.

Outside of bass fishing, there are plenty of opportunities to compete for whatever species you love most. And while tournament fishing might not be for everyone, for some, the chance to enjoy a day of fishing with the extra excitement of competition can make the sport even more fun.

When it comes to freshwater bass fishing, soft plastics are among the most versatile lures to use to catch largemouth, smallmouth and spotted bass. Ask just about any seasoned angler or fishing professional what to use to catch bass anytime, ...

Quick Tip: A Smart Yet Simple Way to Organize Your Tackle

Fishing is one of life’s great pleasures, appealing to an incredibly diverse audience: from the young to the old and the causal to the passionate. Whether your goal is to reel in a fish worthy of the record books or ...

Pre-Tow Checklist for Hauling Your Boat

Trailering your boat allows you to experience adventures on different waterways, probe new fishing hot spots and venture to distant ports. But trailering can also be a bit stressful, especially in heavy traffic or on long hauls. To that end, ...

Mercury Pro Team member Jacob Wheeler is the 2022 Major League Fishing (MLF) Bass Pro Tour Angler of the Year (AOY). After a remarkable season in which he finished no lower than 11th over seven events, he claimed the title ...