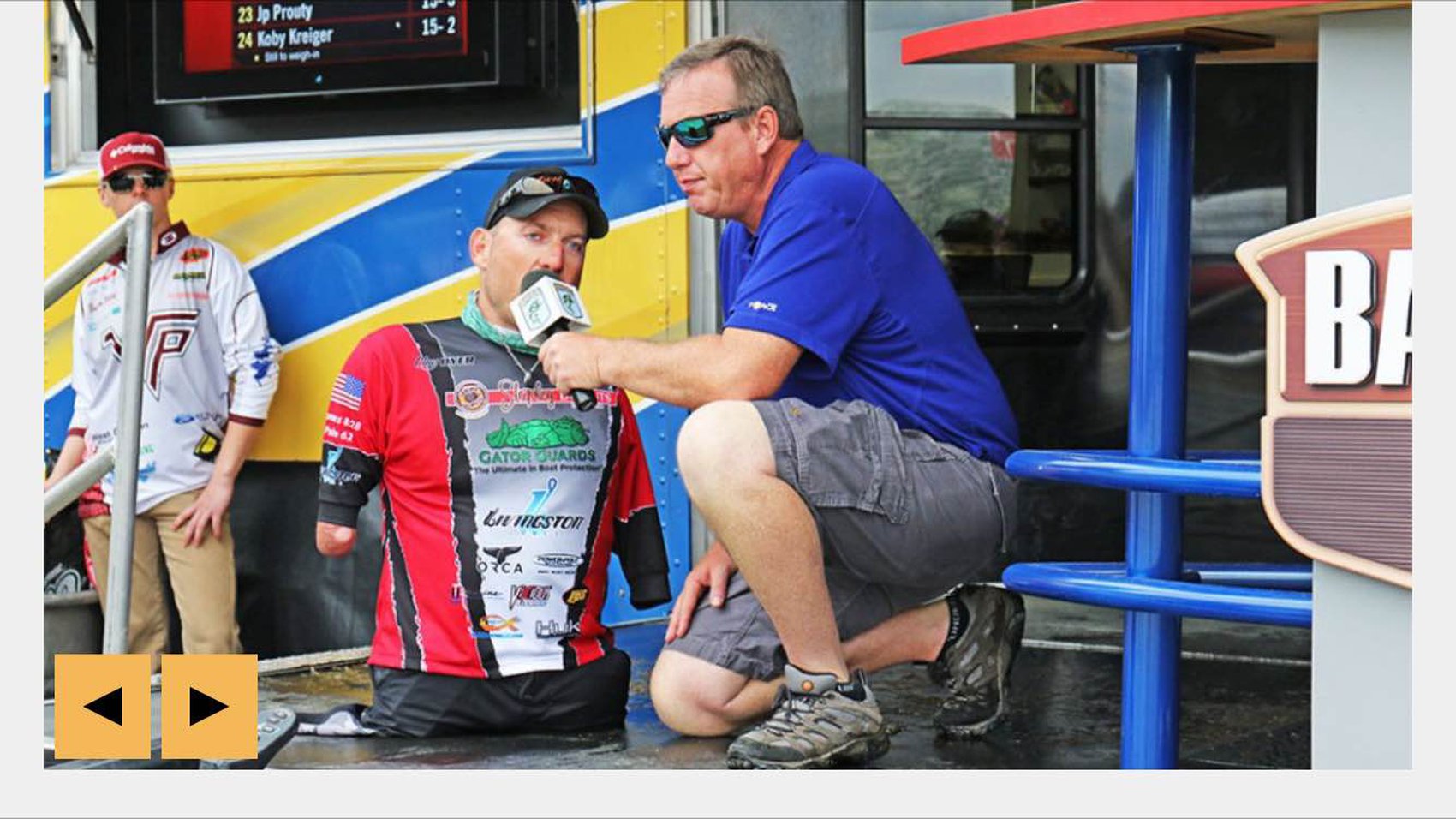 For nearly two decades, Clay Dyer has been a professional bass fisherman. “I was born without any lower limbs, no arm on the left side and a partial arm on the right,” said Dyer. “My whole life I’ve been told what I can’t do, but I’m here to tell you what I can do.”

What Dyer can do is fish.  Growing up in the small town of Hamilton, Alabama, Dyer has always been attracted to the outdoors.  It was at his grandfather’s farm where he developed a passion for fishing. Not only did he find something that he loved, but he found something that he wanted to make a career out of.  He became a professional angler in 1995 and fished in the “major leagues” on the FLW Tour for four years.  Today, Dyer is sponsored by Mercury Marine and currently fishes the Bassmaster Open Series.

“The first time I told him he couldn’t do something, he proved me wrong,” said Kim Dyer, Clay’s wife of three years. “He is bigger than that wheelchair.”

“I’ve always wanted to be a professional athlete,” Dyer said. “I got my first boat at 14 and never looked back.”

When someone asks how he does what he does, it takes only a matter of seconds to understand that it’s not about the “how” it’s about the “why.”

“As much as I want to win on the tournament trail and break records, to me, when you help others and help the world be a better place, that’s what life is all about,” Dyer said.

So how does he do what he does?  For Dyer, it’s pretty simple actually.

“I wedge my fishing rod between my neck and shoulder,” said Dyer. “Once I cast the line, it’s just fishing, like anyone else.  I don’t look at it as if I’m handicapped, I look at it as if you have faith and you believe, you can accomplish anything.”

That faith Dyer has on the water is because he has partners around him who are reliable and dependable.  That means his boat and engine must be on-point.

“Competing at a level, I wanted something that I could believe in and depend on,” Dyer said. “Not only that but in my 19 years of fishing, I’ve always said I’ve wanted my partners to believe in my vision to make the world a better place. Mercury has always been that company.”

Turning what many call disadvantages into advantages or disabilities into abilities, Dyer has shown the world that no obstacle is too big to prevent him from doing what he loves and preaching his mission, “If I can, you can.”

“My father, Terry, battled to beat squamous cell lung cancer in 2019,” said Mercury Pro Staff member Todd Hollowell, a professional bass angler who is co-host of the FLW LIVE TV show. “He took me fishing when I was a ...

Through her grit and determination, she regained her ability. Through all of her trials and tribulations, what never disappeared was her passion for boating.  Because of new enabling technology from boating manufacturers Mercury Marine and Belzona, Rider continues to Go ...