From a single kayak to 10 Mercury powered vessels, the Sea Cleaners organization expands efforts to save the ocean 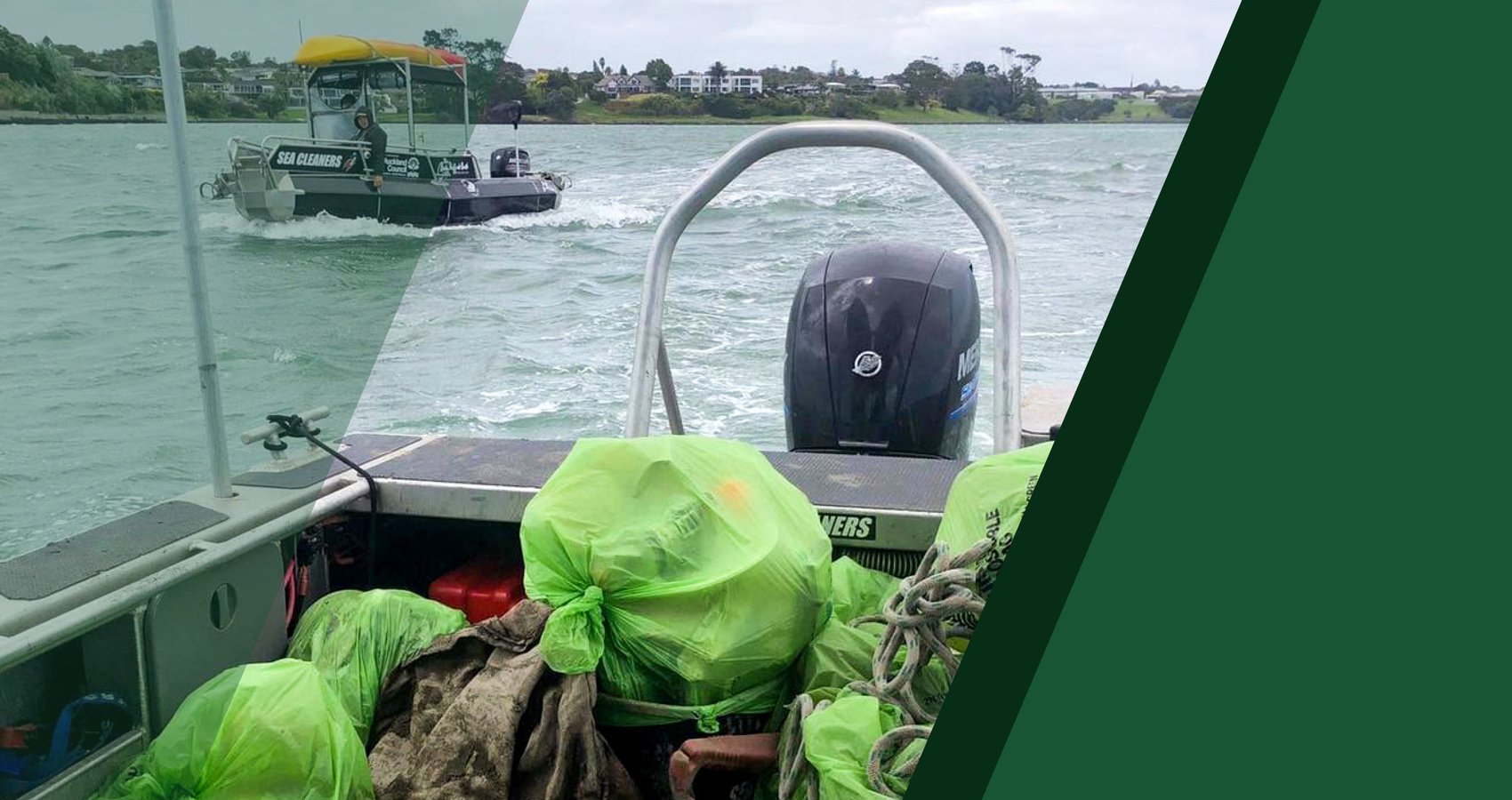 Alarmed by a growing threat to marine ecology in the Pacific Ocean, Hayden Smith of Auckland, New Zealand, decided in 2002 to do something about it. His crusade, which began with picking up floating plastic bottles using his kayak, has evolved into the establishment and growth of Sea Cleaners, a not‑for‑profit organization dedicated to retrieving floating trash and debris off of Auckland’s shores.

Today, the organization operates with four Mercury‑powered vessels. A major objective is to significantly reduce the region’s contribution to the Great Pacific Garbage Patch (GPGP), a set of huge clusters of accumulated debris, mostly plastic, bound together by a system of swirling ocean currents.

The GPGP is made up of more than 1.8 trillion pieces of plastic covering more than 617,000 square miles (1.6 million square kilometers). Ocean currents draw in floating debris originating from the west coast of the Americas, along eastern Asia’s Pacific Rim and from the waters off the coasts of Australia and New Zealand.

To combat the problem in his part of the world, Smith sends his fleet on cleanup missions nearly every day of the year. He and his team need equipment that not only performs well but also stands up to arduous duty cycles.

“I can’t speak highly enough of the Mercury SeaPro™ outboards — they’ve been incredible. Each of our boats is a different size, but each outboard we have is perfectly suited to the exact power specifications we need. The engines make getting up on plane — with thousands of liters of rubbish and several volunteers on board — feel easy and comfortable,” Smith said.

“The ocean is a pretty nasty environment to be in day in and day out, but, because of the way these engines are built, we don’t have to worry about reliability or longevity,” he said.

“We’ve also seen firsthand just how fuel‑efficient these engines are. The savings we’ve made are significant, and obviously it really helps us in an environmental sense, too,” Smith added.

Since its inception, Sea Cleaners has collected more than 10.9 million liters of rubbish from the coast of Auckland. “We have filled 325 shipping containers with loose litter, we’ve collected more than 98 million pieces of rubbish, and our volunteers have spent over 160,000 hours working with us,” Smith said.

While the group’s accomplishments are impressive, Smith considers them to be just a good start. “Clearly, there’s more work to be done,” he said. “So, every single day I have to ask myself, ‘How can I do more? How can we collect more rubbish? How can we engage more communities? How can we generate more funding?’

“My personal mission has always been to multiply what we developed in Auckland and to roll it out on a much larger scale across New Zealand,” he said. “We are currently building six new boats — meaning we’ll soon have 10 boats running full time around the coast of New Zealand.”

According to Dean Harris, Mercury Marine New Zealand manager, the new boats will also be powered by Mercury via a sponsorship agreement, and it’s a relationship that makes Mercury proud.

“Sea Cleaners is an amazing organization. This is a great opportunity to help such an important cause. We build our engines for tough operations. Given that these outboards are being used almost every day, we know they’ll fit the job description,” Harris said.

As more people learn about Sea Cleaners and its mission, Smith regularly fields questions asking what an individual can do to help the cause.

“The majority of the rubbish that we pick up in the ocean comes from the land. It’s as simple as people taking responsibility for their own rubbish,” Smith said. “It may not seem significant, but picking up that stray bit of plastic at the park and putting it in a secure bin is the most essential type of help that we need.”

To learn more about how to support Sea Cleaners, go to SeaCleaners.com.

Mercury is no stranger to demanding users, environments and conditions for its engines. Commercial fishing, law enforcement, racing, search and rescue, and tournament angling are just a few of the applications that push equipment to its limits. But there are ...