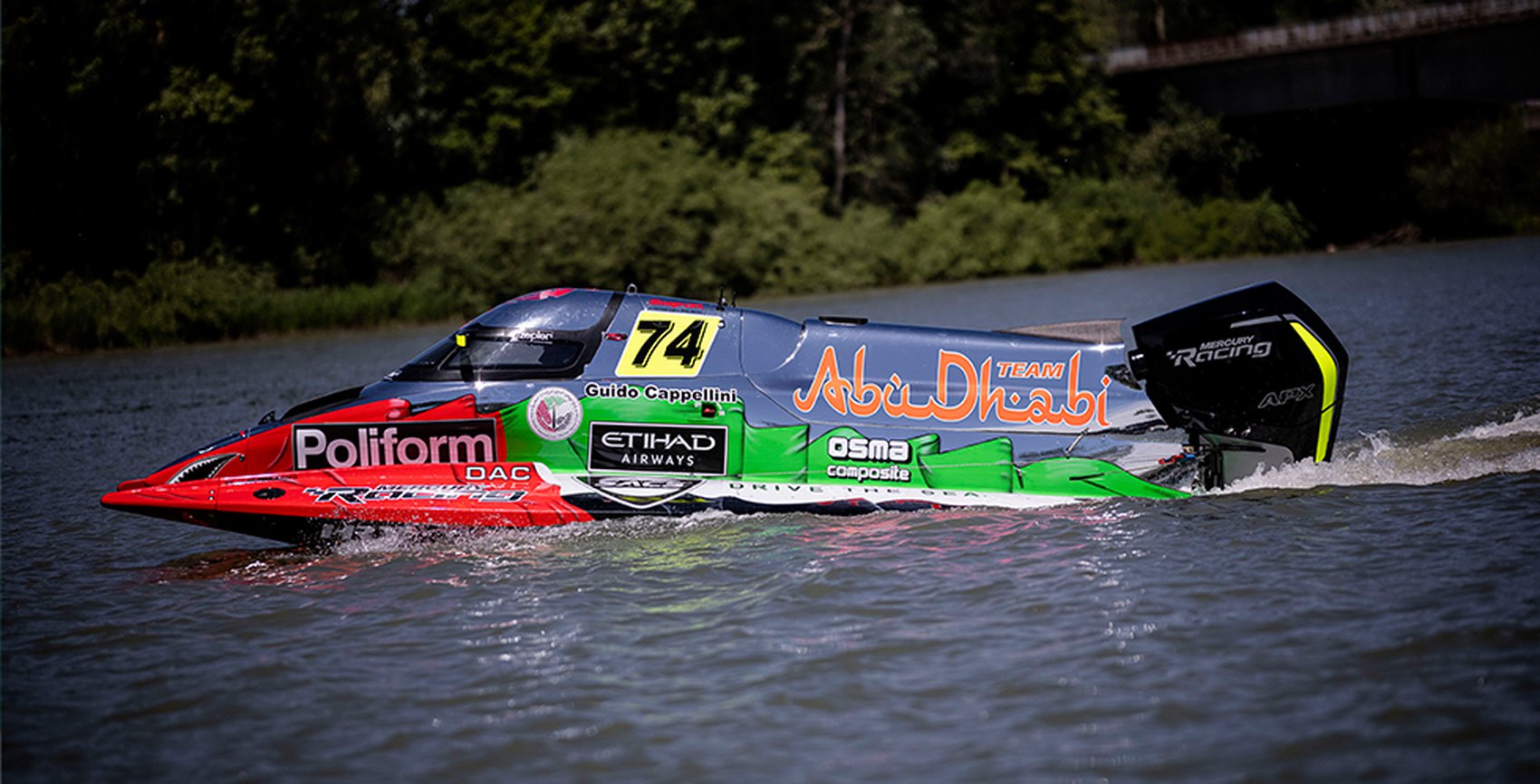 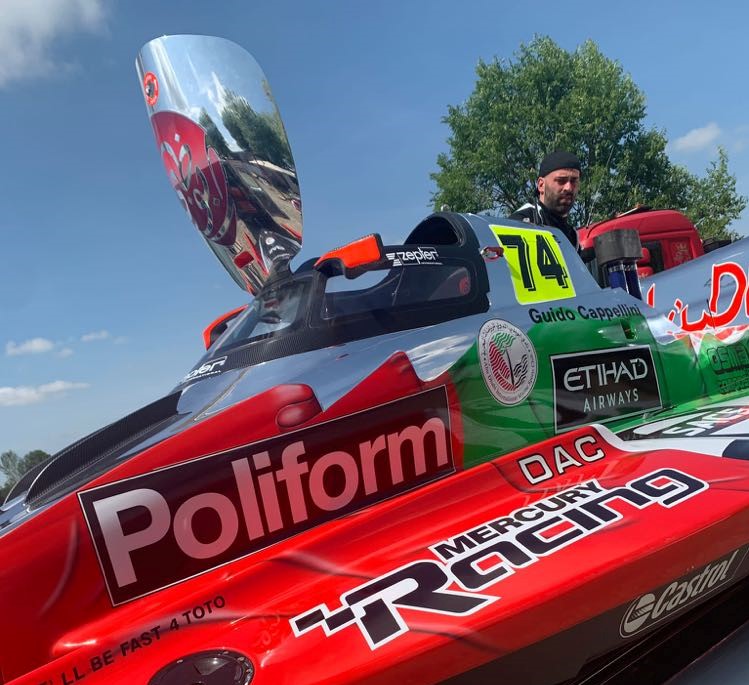 In the competition, Guido Cappellini will not only try to win the race but also fight the existing speed record of 203 km/h made by Dino Zantelli in 2006 with his Catamaran.Guido Cappellini retired from circuit racing in 2009, however, after testing a DAC hull in San Nazzaro, the ten-time UIM F1H2O world Champion rolled the years back last week when he hit speeds of 240 km/h. Cappellini, age 61, capped a 23-year powerboat racing career by winning his record 10th Formula 1 title in 2009, after which he retired as an active racer in the series and began racing in Class 1 Offshore events. He is now the team principal and manager of Team Abu Dhabi. Cappellini has never before entered the Pavia-Venice International Motorboat Raid.

“This will be a great test for the Mercury Racing 360 APX,” said Stuart Halley, Mercury Racing general manager. “We designed the 360 APX for F1 sprint events on a closed course, but this extended race should prove the endurance of this powerful, low-emissions four-stroke competition engine. We are excited to have the legendary champion Guido Cappellini at the wheel in this historic event.”

"We have put meticulous attention to detail into coupling the new Mercury Racing 306 APX power to the DAC catamaran and it is the small details that can make the difference. I have searched the limits of the boat to ensure that I can use the speed on the easier parts of the course and the balance for the more difficult sections,” said Capellini. After testing the engine he was impressed: “The Four Stroke engine has already proven to be some excellent technology”. 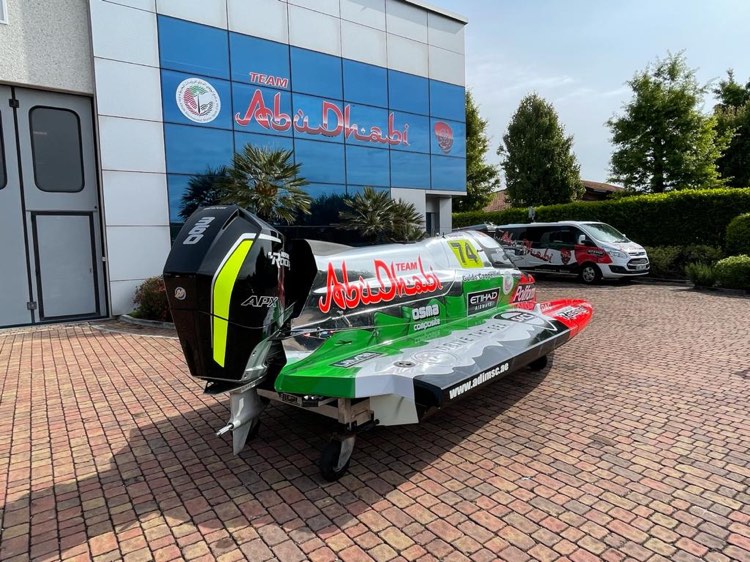 The 360 APX outboard, the most powerful model in the Mercury Racing Apex Series of outboards designed for closed-course competition, is based on a modified version of the Mercury Racing 300R 4.6-liter V8 powerhead. The engine is normally aspirated and retains its double overhead cam/four-valve architecture. The compression ratio is increased from 10:1 to 11:1 and peak rpm is boosted from 6400 RPM to 7000 RPM. The powerhead is fitted with a short-runner intake manifold mated to a cold-air induction system vented through the cowl. The engine calibration is modified to take full advantage of the powerhead modifications. A digital control offers smooth and precise throttle application. Additionally, this engine offers 90% lower emissions than current two-stroke racing engines.