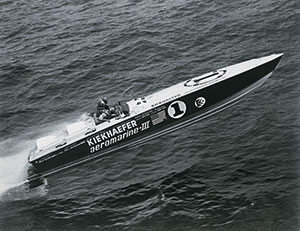 The 1950s were growth years for Mercury Marine, and its founder, Carl Kiekhaefer, allegedly received dozens of merger and acquisition offers from larger companies.

Kiekhaefer was dedicated to and possessive of the company he built and, while he understood the benefits of merging with a financially stronger partner, he stoically resisted. However, near the decade's end, Kiekhaefer's resolve began to crumble from the continuous waves of prospective partners.

Suitors included a virtual "who's who" of American business, including Borg-Warner, Motorola, Brunswick, AMF and even Chrysler Corporation. Solid proposal eventually flowed from AMF, Chrysler and Brunswick Corporation. Brunswick became a frontrunner, not just monetarily but also because Brunswick president Ted Bensinger seemed determined to buy Mercury and was willing to structure a deal that provided Kiekhaefer latitude in running the company. 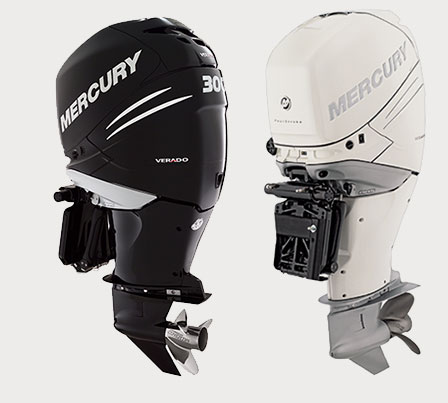 Starting in the mid-1950s, Mercury engines were produced in a rainbow of colors. In fact, Mercury advertised itself as "the most colorful name in outboards" until 1958, when "Stark White" became Mercury's signature engine color. But with the introduction of the 6-cylinder 100hp "Tower of Power," outboards suddenly grew taller and wider. Designers feared the new engine looked out of proportion to the boats it powered, and they sought ways to make it appear smaller.

Here's where a legend begins: One night, the mother of head Mercury engineer Charlie Strang wandered into his office. Charlie explained the engine dilemma to his mother, who offered a practical suggestion: "Well, a large woman always wears a black dressWhy don't you paint the engine black?"

"Just for the heck of it, we painted one black," said Strang, "and the engine looked like it shrank by about 20 percent!"

Over the next several decades, Mercury built a brand in part on its signature "Phantom Black." In just a few weeks, Mercury will offer its Verado engine in two shades of white – hot and cold – in addition to Phantom black.