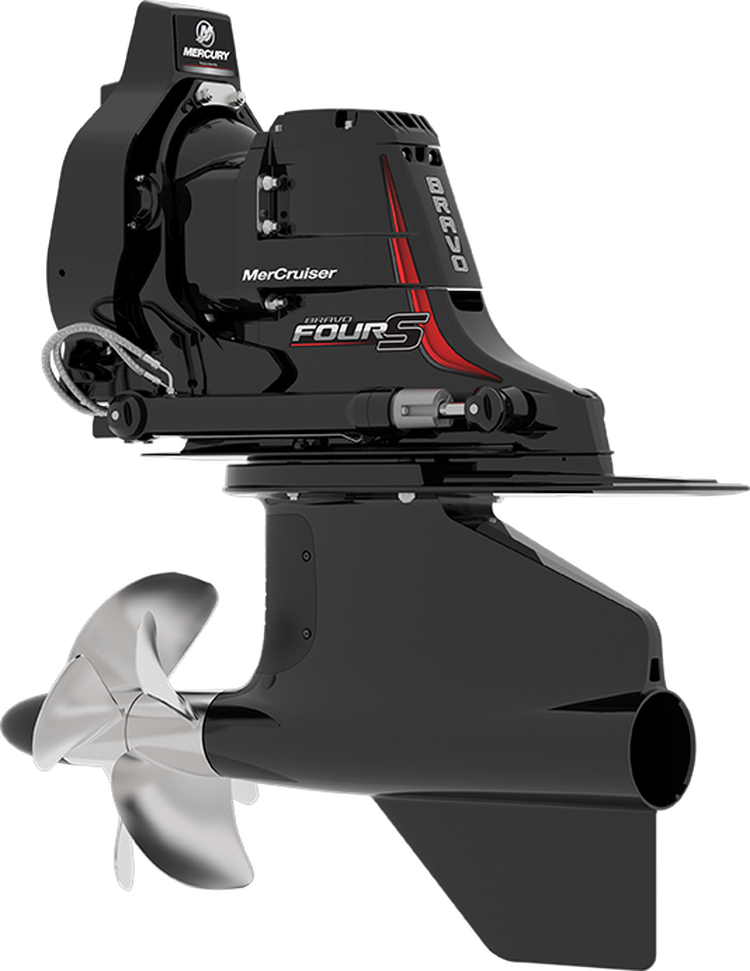 Digital controls that coordinate ballast, surf tabs and propulsion settings under a single and intuitive user interface make it easier than ever before.

"The popularity of water tow sports — and, particularly, wakesurfing and wakeboarding — has surged. We carefully studied all the refinements that go into optimising a boat's wake for each of the various tow sports and devised a system to make those settings easy for the boater," said Tim Reid, Mercury vice president of product development and engineering.

"Whether boaters are veteran wakesurfers or new to tow sports, the Bravo Four S forward‑facing drive delivers the power to do it safely and reliably in combination with proven MerCruiser 4.5‑litre V-6, 6.2‑litre V-8 and 8.2‑litre V-8 sterndrive engines ranging from 250hp to 430hp."

Mercury SmartCraft digital technologies, including an upgraded Smart Tow system, come standard with the Bravo Four S drive. These controls allow customisation of the tow sports experience with just a few taps on a Mercury VesselView touchscreen display. The driver can simply select the desired tow sports activity, and the Smart Tow system will display the appropriate controls to dial in the perfect launch acceleration, towing speed and wake characteristics.

Other advantages of the Bravo Four S drive include:

Mercury built its first forward‑facing drive in 1949 when it invented the reversible gear case. The Bravo Four S drive builds on that foundation with a new forward‑facing addition to the venerable MerCruiser Bravo drive line-up.

"We started with our highly visionary legacy designs and added new technologies, digital functionality for the user and seamless integration with the engine and boat controls," Reid said. "This is the forward‑facing drive for the new generation of tow sports enthusiasts."